So those are words I never thought I’d write. But thanks to the New 52, DC gets another crack at Detective #27 — and so do we, with a page of fancy new Neal Adams art and an exclusive interview with his collaborator, writer Gregg Hurwitz. 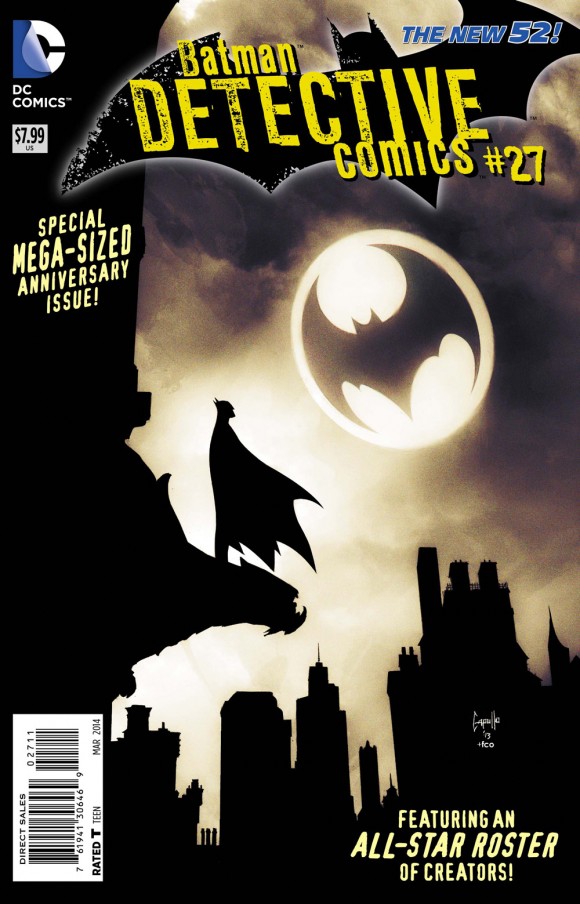 Detective Comics #27 comes out Wednesday, with an all-star cast of creators, multiple stories, copious variant and incentive covers and the start of a new storyline, “Gothtopia,” that will touch on other books. 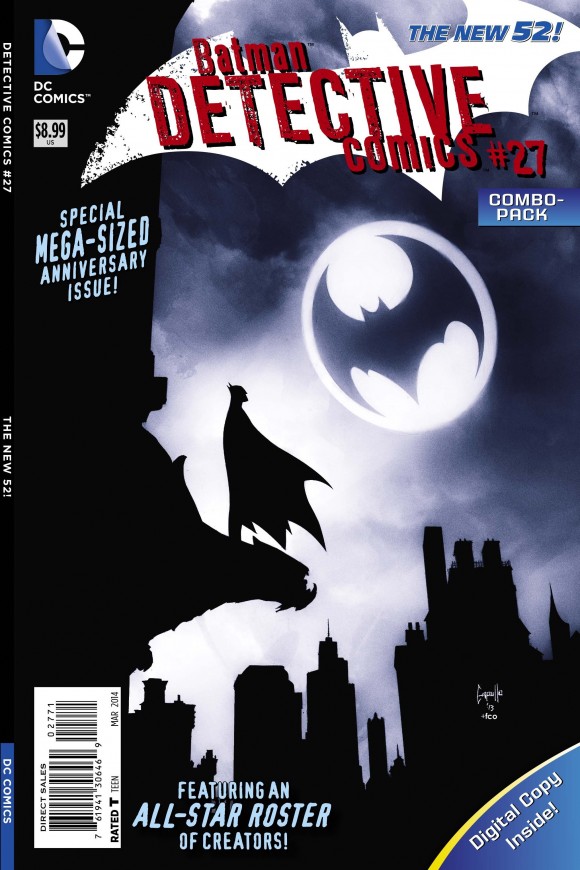 Hurwitz is the regular writer on Batman: The Dark Knight, a title that will vanish this spring, so this story is something of a valedictory. I asked him about what it was like to work on Detective Comics #27, and with Neal Adams, no less. (Adams art below.) 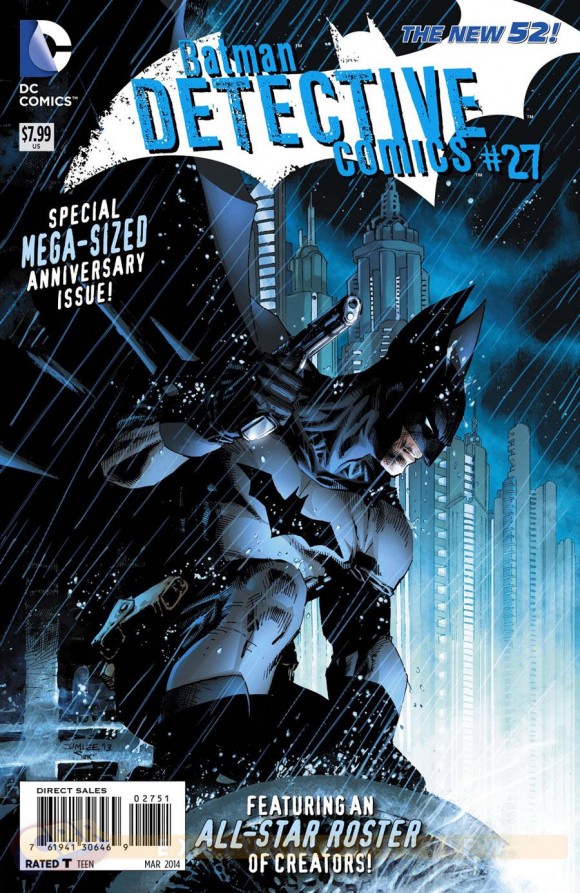 The 1:50 variant cover by Jim Lee that I want

“It’s a short story about the ways in which Batman has evolved over the “ages” and the demands we place on him as writers, artists, and most importantly, as readers,” the writer explained. “It’s a meta-tale and this story about painful change is beautifully mirrored in the art and coloring as well.

“I said to (Bat-editor) Mike Marts, ‘You know who would be ideal for this? Neal Adams.’ And then through some magical process Marts made that happen. … I had a call with Neal at the outset and explained my aims with the (very unusual) script. And Neal got it right away and told me not to worry about any of the art — that he had it all handled. And what he produced was so ideal that it went beyond even my expectations for how this story could work.” 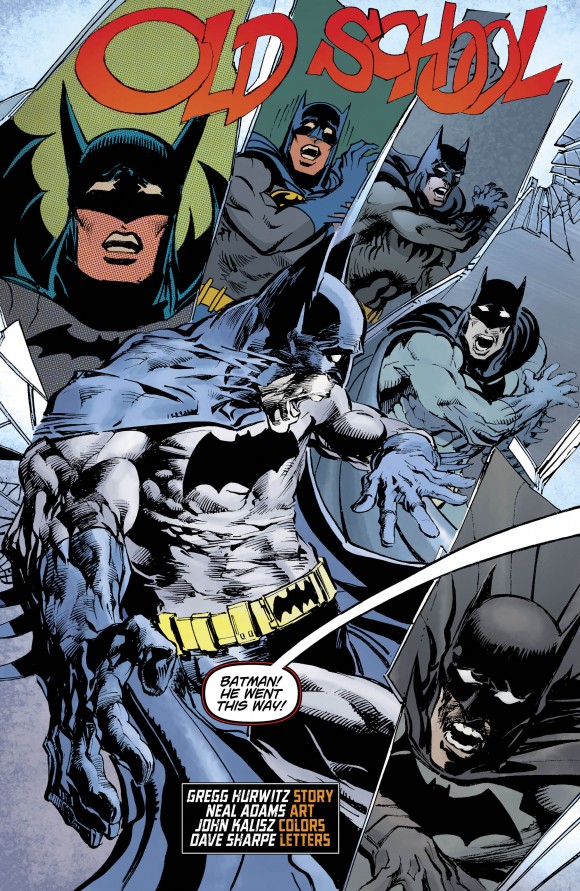 Other variant covers include: 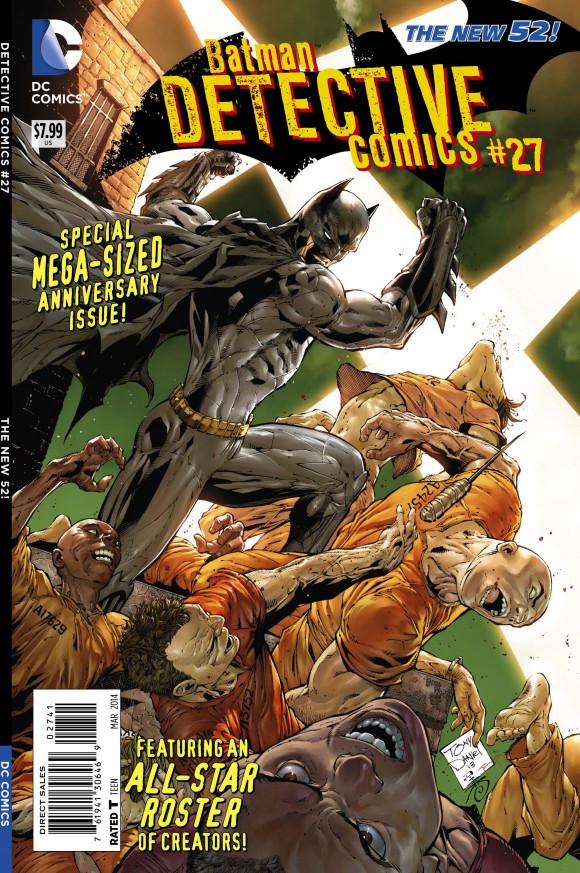 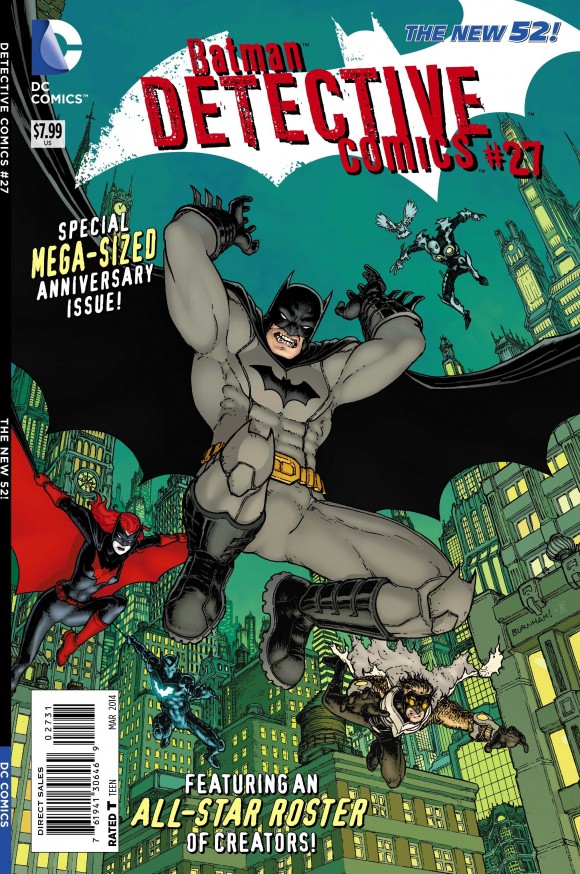 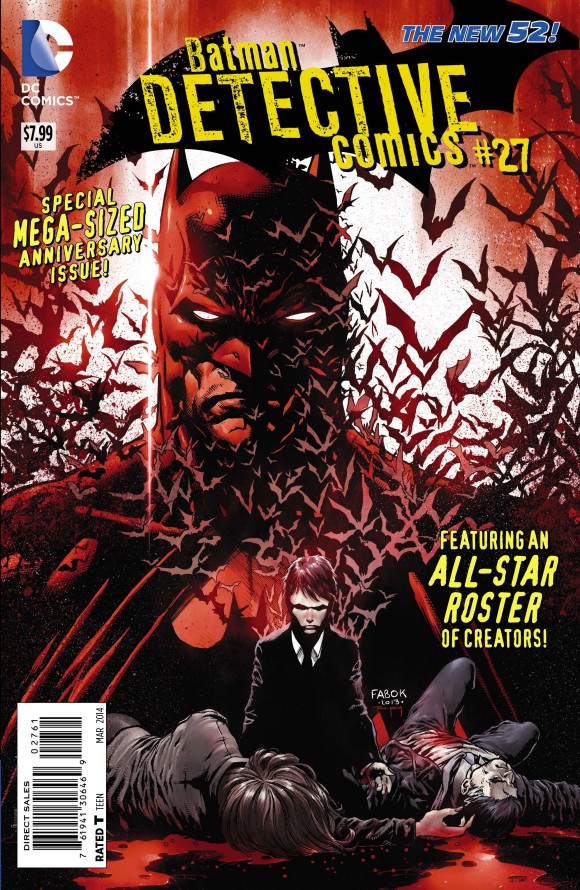 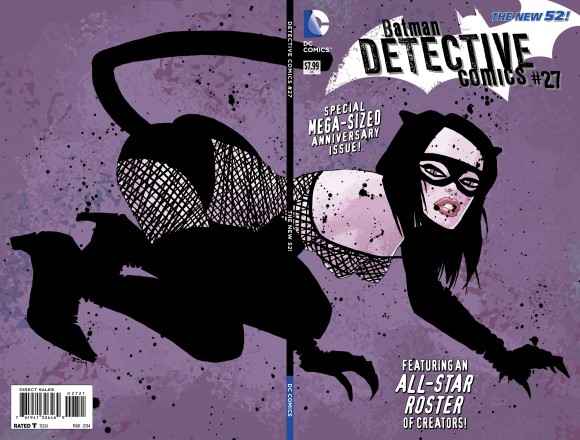 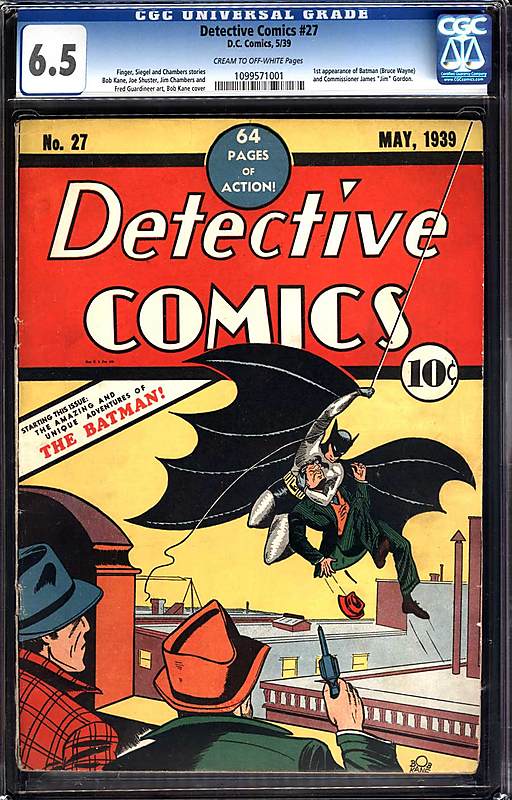 The “Bob Kane variant cover” you could buy from Metropolis Comics if you had $760,000 lying around.

From the Batcomputer: BIG Batweek on tap. In addition to Detective #27 (I just can’t stop saying that), the schedule includes the consistently great anthology Batman Black and White #5, Batman/Superman #7, Batwing #27, with another awesome Darwyn Cooke cover, Forever Evil: Arkham War #4, and … Scooby-Doo Team-Up #2! Guest-starring not just Batman … but Ace, the Bat-Hound! It had to happen!

But for me, the OTHER big Bat-purchase of the week is “Batman ’66: The TV Stories” trade paperback. This isn’t a collection of the current digital-first series. Nope, these are the original stories many of the show’s episodes were based on, collected together for the first time — with a sweet, new Amanda Conner cover! 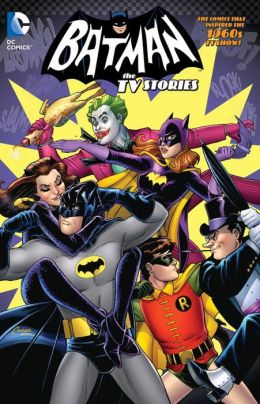