San Diego Comic-Con is happening as we speak and we’ve got a neat bit of Bat-news for you.

Geoff Johns’ panel was Thursday and he revealed a nifty piece of art by Jason Fabok teasing their upcoming series Three Jokers, which promises to shed light on one of the enduring mysteries left over from DC Rebirth — namely, that the Joker may have three identities. (Click here for more on that.)

Check out the image, colored by Brad Anderson: 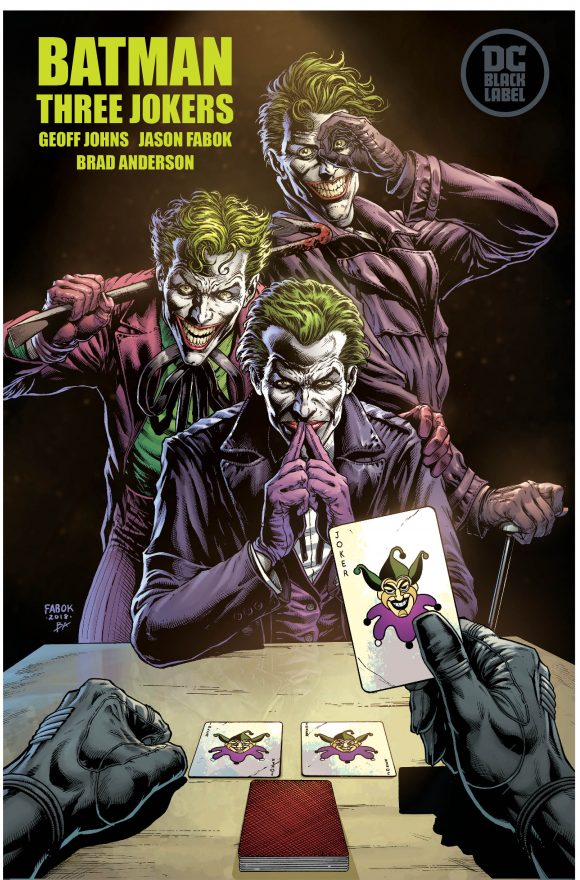 Going clockwise, that’s the Joker a la A Death in the Family, The Killing Joke and 1940’s Batman #1 — his first appearance.

Also interesting? That it will be published as part of DC’s new Black Label imprint, which is designed to give creators edgier latitude. Given that the storyline was introduced in DC’s main books, it appears that this is the first in-continuity series under the banner.

No date yet, but there’ll be plenty of info in the months ahead.