For the Bride Who Has Everything: Comic Book Flowers

Home » RANDOM STUFF » For the Bride Who Has Everything: Comic Book Flowers

I was poking around the web recently and I came across what I thought was one of the most clever comics items I’ve seen in a while: comic book flowers. 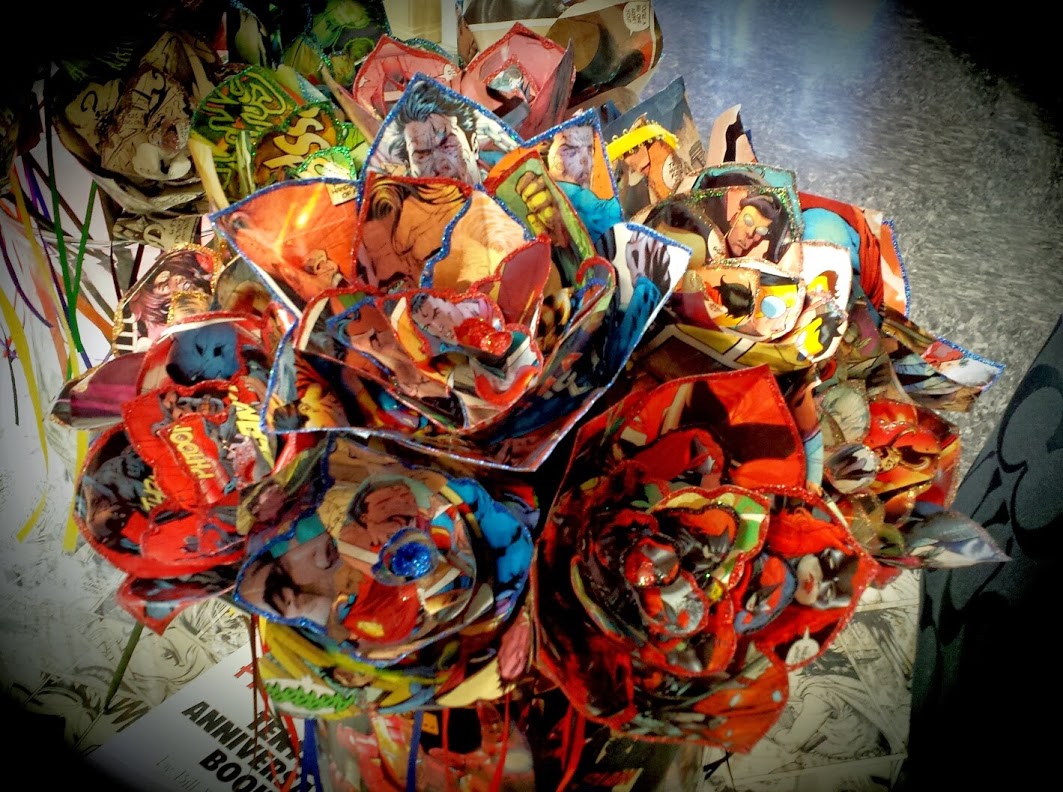 So I did what I do, and contacted the woman who makes them, Sheli Crabtree, who’s running an enterprise called Fantasy Comic Book Weddings. That about says it, right? Sure, but I wanted to know what was behind it all, so here’s a Q&A with Sheli and a raft of neato pix.

Sheli Crabtree: OK, so I can answer this two ways:

1. I was born in Ohio moved to Las Vegas at 1 years old. Married to a native of Las Vegas for 18 years and have three children. Was introduced to the comic-book world through Free Isabelo, founder of ACC, artist comic collective. Local group of artists that have welcomed me and call me their honorary gardener. Started with a simple idea, a rose. Gave it life with the beautiful artwork of the comics and have continued to grow and expand into weddings and conventions.

2. You could visit me only on visiting days at Arkham Asylum. In a padded cell you would find me. My hair filled with hot glue and a little floral tape. Ripping through comics and forming 1,000 roses. You could tell I was happy because of the huge smile and glitter glue lipstick!!

You can choose whichever one you want!! 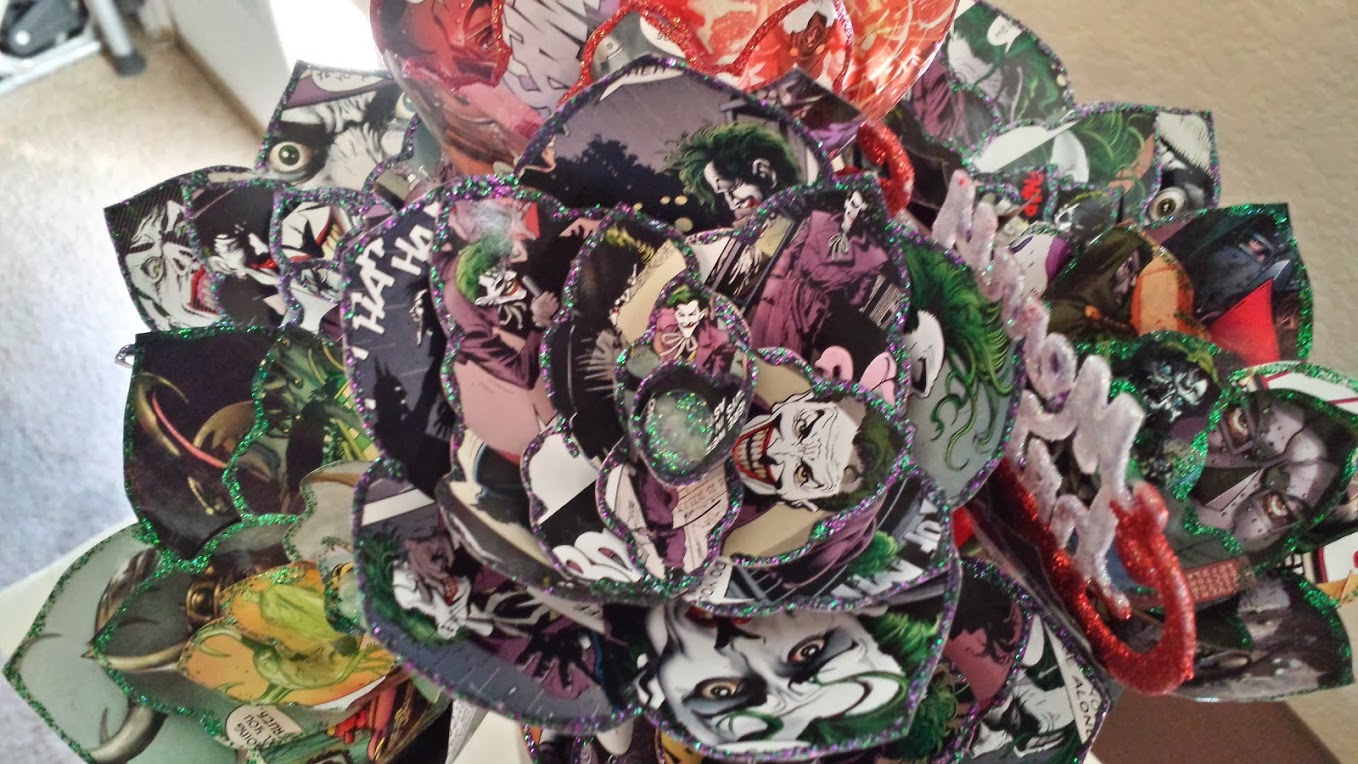 How did you get this idea?

I saw something similar that used the entire page of comic. I thought how cool would it be if it was character specific. So Free Comic Book Day came around and I picked up an Empire Strikes Back comic, and made my first rose. 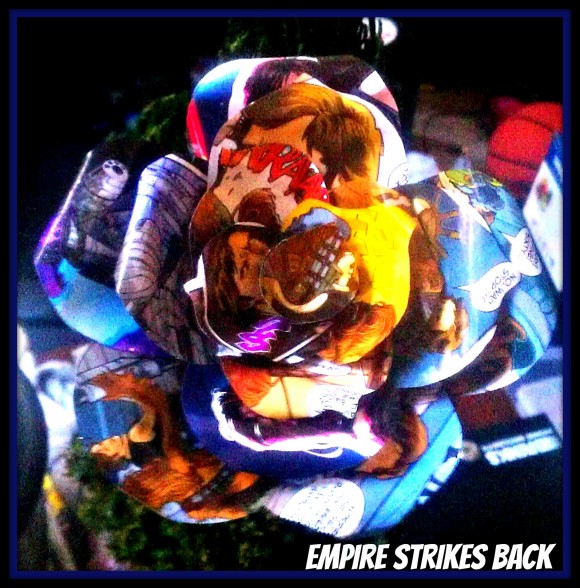 How do you do it anyway?

It is a long process! First, I hand trace each individual petal, then cut them out, then I form them into each layer of the rose and put them all together on a long bamboo skewer. Trimmed with glitter and scented with scent beads in the middle. Sealed with a triple thick gloss coat to ensure longevity.

Each rose takes 15 petals in 4 different sizes and two leaves underneath. I currently have four different petal types and I keep evolving into more updated forms. I am constantly trying to improve and change. If I were to create a rose from cut to finish, it would take about 40 minutes plus drying time. 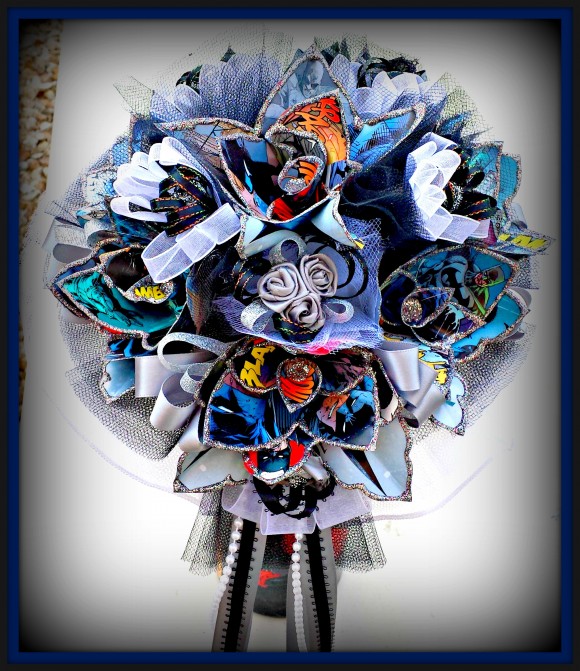 How many clients have you had, and how much do the various items cost?

I have been doing this for almost 2 years, it would be difficiult to count customers because not only do I have custom orders, I also sell roses in four local comic-book stores: Alternate Reality Comics, Cheeseboy Comics, Jesse James Celestial Comics, and Back Room Comic and Collectibles. My prices range from $8 to $175 for anything from a kid’s barrette to wedding packages. 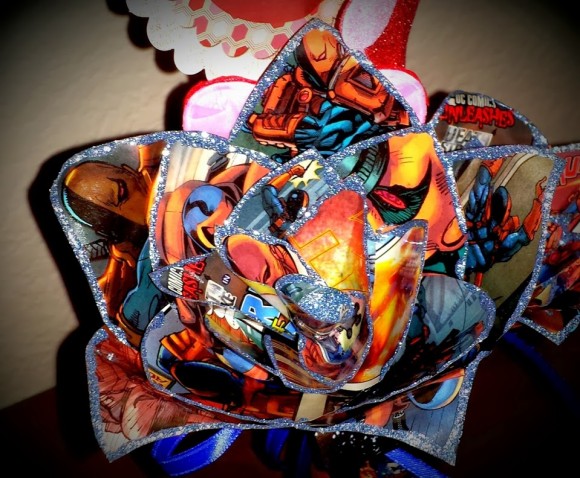 This year has been my busiest by far. I am currently in the middle of creating six weddings, two in Australia, and one in Canada. I just finished a rush order for a prom in Georgia, and I get an order off my website pretty frequently. So you can imagine that I barely have time to breathe!

And check out more of these pix! 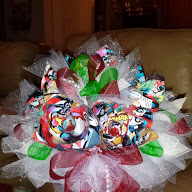 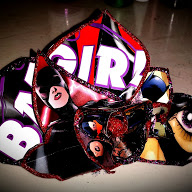 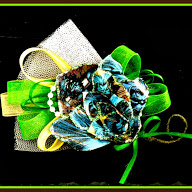