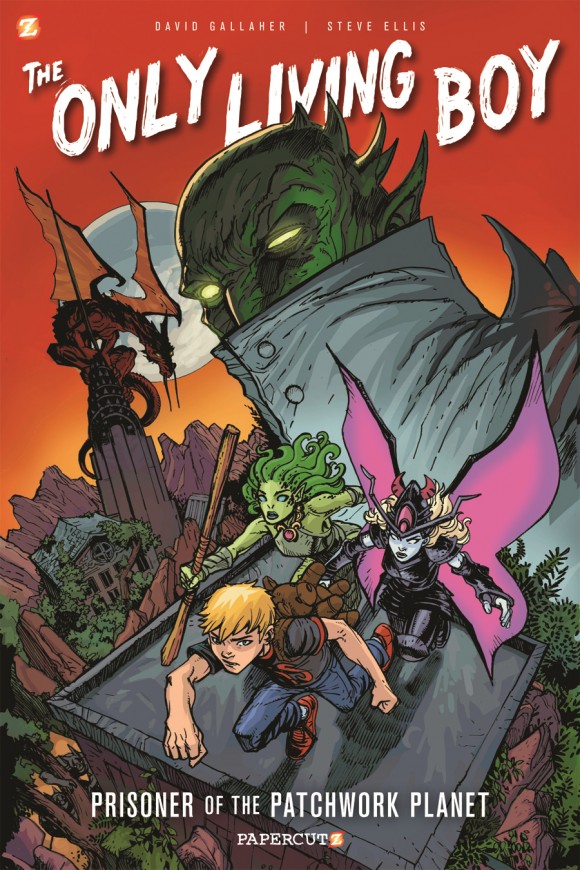 David Gallaher was among the earliest supporters of 13th Dimension and I’m really pleased to see that The Only Living Boy, his all-ages epic with artist Steve Ellis, is hitting bookstores for the first time this week, published by Papercutz. (Other volumes will follow this week’s release of Prisoner of the Patchwork Planet.)

David and Steve are two really terrific, approachable guys and they’re touring right now not just to boost their book but to impart their collective wisdom on budding artists and writers. David also took time to share with you some of his most important tips, so if you’re thinking about getting into comics as a pro — or, just as importantly, know someone who is — then read this, digest this and share this. And make sure you check out the list of their upcoming appearances below. — Dan

Over the weekend, Steve Ellis and I began our national book tour in support of The Only Living Boy. More than just a series of signings, we have created a series of workshops that empower and encourage children and teenagers to make their own comics. Our #MakeComics workshops teach fundamentals of teamwork, creative collaboration and provide insights into the language of comics.

When I was a child, there were some classic instructional guides for aspiring comic artists. How to Draw Comics the Marvel Way, for instance, became the quintessential mentor for many of my artistically inspired peers. Guides for aspiring comic writers were few and far between. Finding comic mentors at a young age proved to be very difficult.

When I told my guidance counselors that I wanted a career writing comics, I was frequently taunted or demeaned. Even in college, trying to major or specialize in comic writing was often frowned on by my advisers. These workshops are an effort for us to share information and resources that weren’t available to us while we were growing up.

If you’re interested in attending one of our workshops, I encourage you to visit our website to learn when we’ll be coming to your city. In the spirit of these workshops, I wanted to share with you five #MakeComics tips that have helped me in my comics-making career: 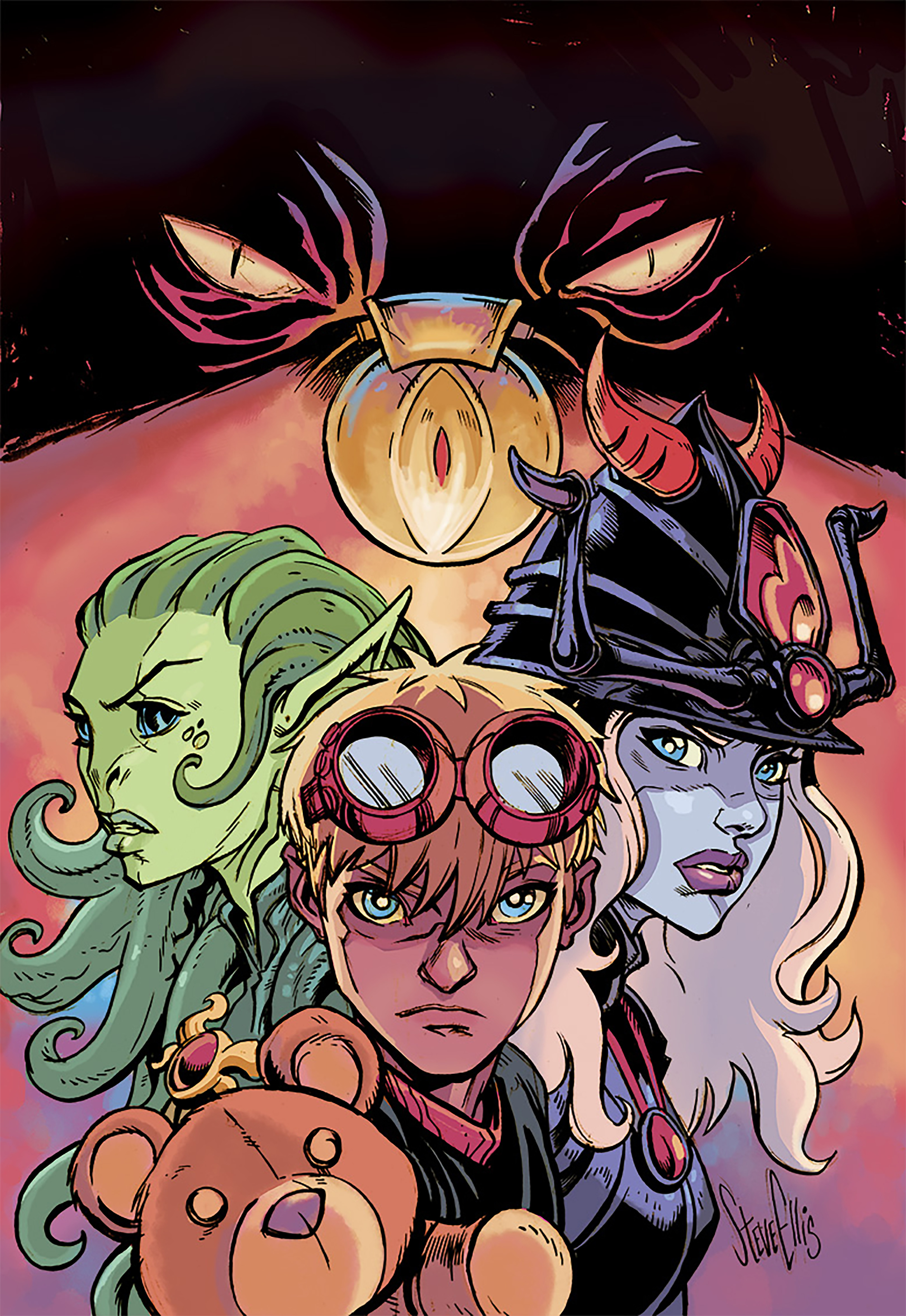 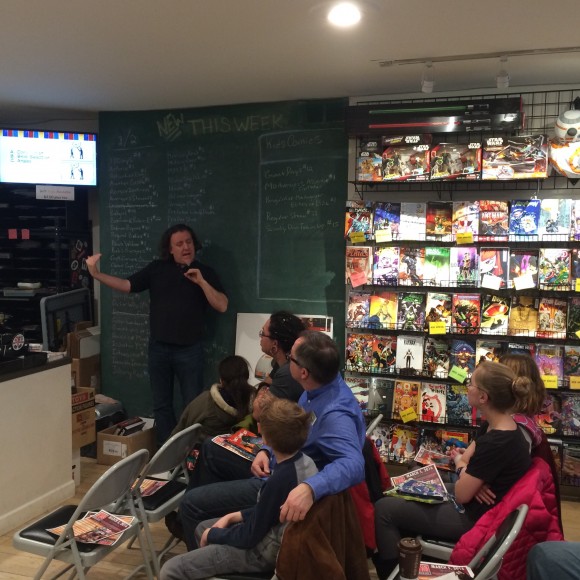 Ideas Are Not Stories: Everybody has ideas. Some ideas are better than other ideas. But — ideas are not stories. A story has a beginning, a middle and an end. An idea can be a story seed, but it needs a plot, structure and characters to grow. To help your idea blossom, feed it with generous portions of “… what happens next?” A steady diet of questions will give your idea the space it needs to become what it was destined to be.

Do It Anyway: As I noted earlier, every story should have a beginning, a middle and an end — and so should yours. If you start a story, you need to finish it. A horribly written story is better than an unwritten story. If I had a time machine, this is high on my list of things I would tell my younger, slightly more perfectionist self. A bad piece of writing can always be rewritten, an unfinished piece is a dream deferred that shrivels up like a grape with a bad sun tan. Finishing what you start will give you the confidence and the momentum you need to push your career forward. You owe it to yourself and to your career to see your stories finished, even if it is bad. Especially if it is bad. Do it anyway. Finish what you start. 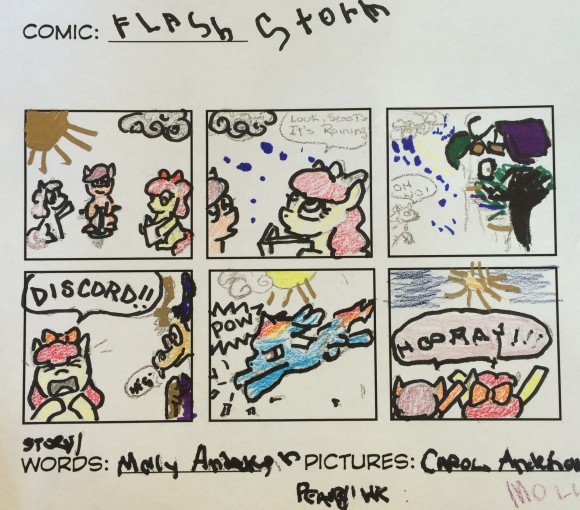 Burn Everything: Writers often consume their past in order the fuel their own writing. On numerous occasions, I have fictionalized aspects of my own life to tell good stories. My errr…more jaunty … experiences formed the basis for Johnny Dollar, High Moon, Box 13 and Green Lantern Corps. Our personal lives are great kindling to get those creative fires stoked and burning bright. Without a constant source of fuel, one day or another, you may find yourself exhausted and extinguished, with nothing left to write about.

When I’m faced with this problem, I indulge in a little bit of creative pyromania. When I’m out of fuel, I use the time I’m not writing to forage for new things to consume — often becoming incredibly enthralled with a particular hobby or enthusiasm. The visual storytelling of Doug Wildey, the esoteric traditions of Hermeticism, Julian Huxley’s early works on transhumanism, the musical stylings of Hoyt Curtin and Bogart and Bacall’s alluring radio drama Bold Venture— are just some of my more recent obsessions that have kept me inspired.

If you find yourself starved for ideas, I recommend consuming anything that interests you, surrounding yourself in the creativity of others. Take a trip to your nearest botanical garden, visit a dinosaur museum, rave at a Kanye concert, thrill to the operatic epic that is Don Giovanni, plan an Indiana Jones-eque adventure to nab affordable Hamilton tickets. Use the hours you spend away from your laptop (iPad, desktop, typewriter, notepad, quill and scroll) to further your experiences — not just about comics and writing — but about anything and everything your heart desires. Then burn it all. 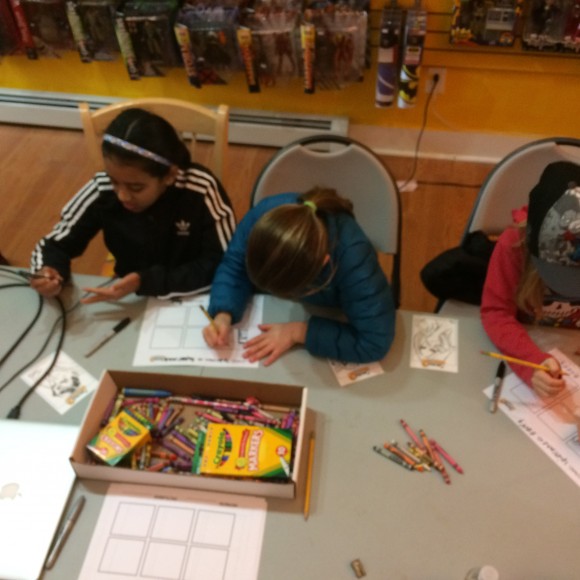 Location. Location. Location: When any Realtor says this in triplicate, I’m always a little superstitious that Beetlejuice (or even worse — the Candy Man) will suddenly appear to wreck havoc. In comics-creators circles, this often means something far less sinister. To further your career, you need to be where the people are. As I’ve gained more success in my own career, I’ve gravitated toward a circle of friends that includes other writers, artists, editors and industry professionals. I’ve been lucky to be in the same room with some of the brightest minds and warmest hearts in this or any field. Those opportunities came about because I sought out where the conversations were happening.

I recommend new creators do the same thing: follow the #MakeComics tag on Twitter, network in Facebook forums, attend writer workshops, go to conventions, arrange office meetings, create meet-ups in your area. Sure, chat with editors, but also chat with other writers, artists, colorists, letterers, assistants, journalists and agents. Make friends. Go where the conversations are, network and make friends. Be professional. Dress sharp. Behave. The comics industry is small, but it is made stronger when like-minded people work together to make each other better.

Working for over a decade in the industry, I could easily go on about writing query letters, elaborate on the importance of creating strong openings, or babble on about an elevator pitch, but I think the advice supplied above should give you the momentum to move forward in your own career. For more tips, be sure to follow me @davidgallaher or follow the #MakeComics hashtag on Twitter. 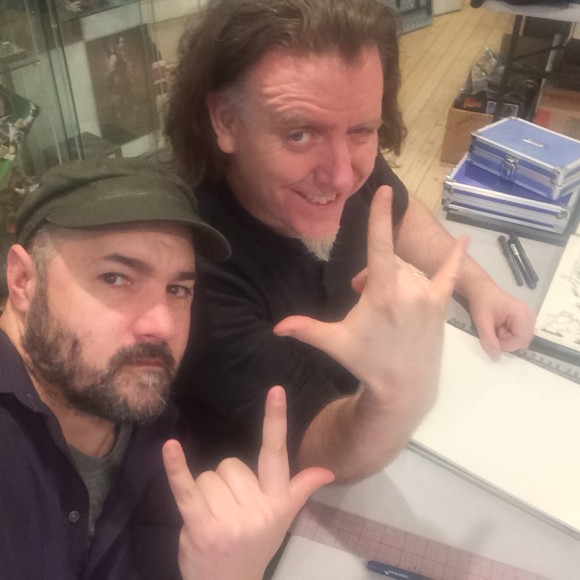