Removable Cowl Batman is back! And he’s got Removable Mask Robin, Batgirl — and, yes, ALFRED — with him! From Figures Toy Company!

More than 40 years ago, when I was Li’l Dan, the skies opened and I was blinded by the life-altering light of Megodom. There on Phillip Tagliaferri’s dresser were Batman and Robin, standing and ready for action. And their masks came off! Bruce and Dick! In retrospect, I’m amazed I didn’t collapse with a case of the Batvapors.

I got a Batman of my own in short order and had to wait a little longer for Robin. But by that time, Robin’s mask was already painted on. And despite being very careful with my toys, Batman’s cowl apparently grew legs and walked off to parts unknown. Asked for a new Batman, I did. Got a new Batman, I did. With a painted-on cowl!

Thus began a yearslong lamentation … “If only I’d been more careful with Batman…,” “If only Mom had been a little more indulgent and gotten me Robin a little sooner …” Alas, such are the vagaries of childhood.

Of course, I cherished those Megos and played them into exhaustion. But you never forget your first love.

Figures Toy Company has released its third wave of on-the-money Mego do-overs, featuring not just Removable Cowl Batman and Removable Mask Robin, but Batgirl … and FTC’s first original Mego-like figure: Alfred! (I count this separately from FTC’s Batman ’66 line, which is kind of a different animal.) 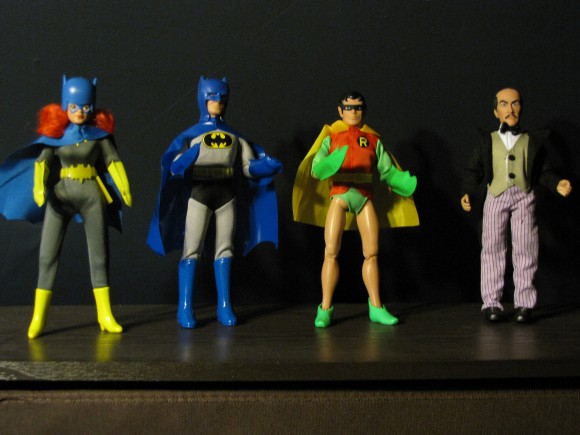 This one is all about the cowl. FTC’s already released painted-mask Batman and Bruce Wayne figures. So the only question is: How does the mask fit? It fits great! Very snug, so Bruce’s eyes line up. WAY better than any repros you’d find on eBay. Seriously, it’s worth it just for that. The cape, interestingly, is not nylon but vinyl. 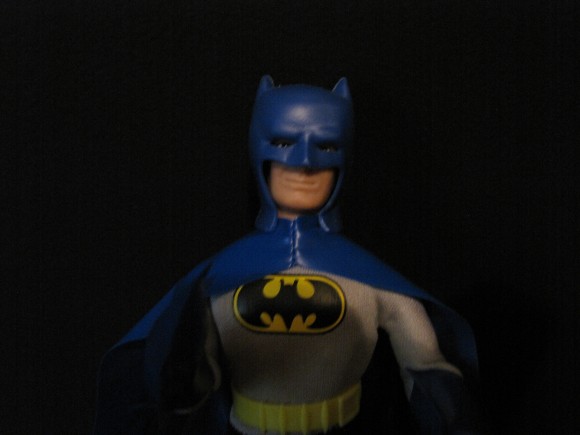 All shadowy and whatnot.

Same with Robin: How does the mask fit? Better than the original, how’s that? This is a case where Figures Toy Company veered away from 100 percent accuracy, but for the better. You can see Dick’s eyes, for one thing, and the mask looks, well, like a mask instead of this. 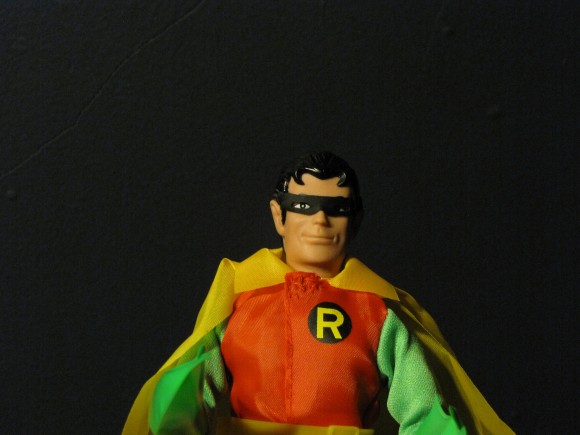 Long one of my favorite Megos, I love that Batgirl is back in action. As you could before, you can remove the Dominoed Daredoll’s cowl, to reveal — what exactly? Another mask? I always liked to think of the blue eyewear as Barbara’s glasses. 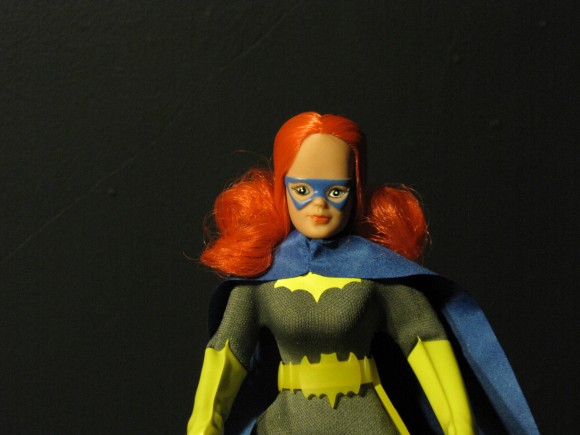 And here, Figures Toy steps in to correct the path of misbegotten history: the first-ever Alfred Mego! And he measures up wonderfully. Truly a gentleman’s gentleman, he’s got a great bowtie, excellent fitting suit and a properly Pennyworthian mug. The prototype pix had me a little worried because I thought Alfred looked like this. But up close and in person, ALFRED LIVES! 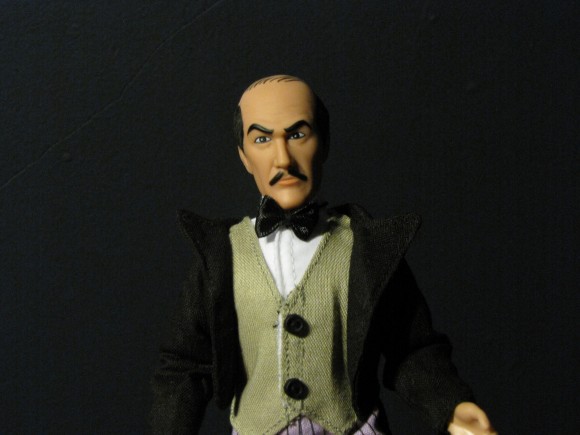 Each one is $25 and you can get them directly from Figures Toy Company or your finer Internet retailers — or, soon enough, your favorite, local comics shop!