When my son Sam was in a stroller, a well-meaning friend of ours gave him a Batman action figure as a gift. It was fluorescent green.

I never quite understood the appeal of such things: Batman’s Batman and while you may want every mini gadget for your 6-inch-tall figure, why would you want him in an outfit that’s so far off model?

Then, you get something like this, from DC Collectibles: All figure pix by Sam, as it happens. 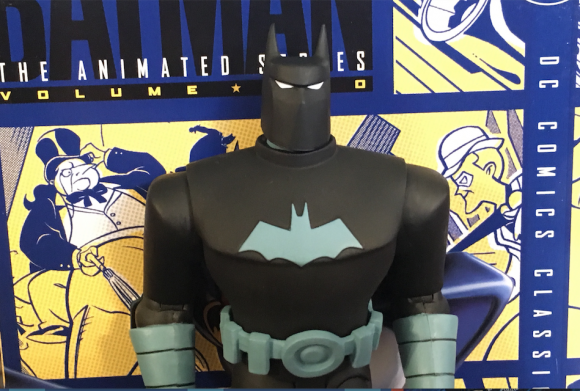 This is the new Anti-Fire Suit Batman action figure, due out this week in tandem with a Firefly figure.

Now this I can get behind. This suit was worn by the Dark Knight in the The New Batman Adventures episode Torch Song. It’s a fine-looking outfit — a sort-of pale-blue version of the red-accented Batman Beyond costume. This is within the natural order. This makes sense.

Yeah, I know I’m overthinking this, and I’m not usually this pedantic, but that whole any-color-on-Batman-to-make-a-buck thing always bugged me. (Sure, you could argue DC is doing the same thing here but at least this variant outfit makes sense, y’know? And I’m all for that.)

So on to Firefly himself. The figure is a rock-solid replica of the screen version. 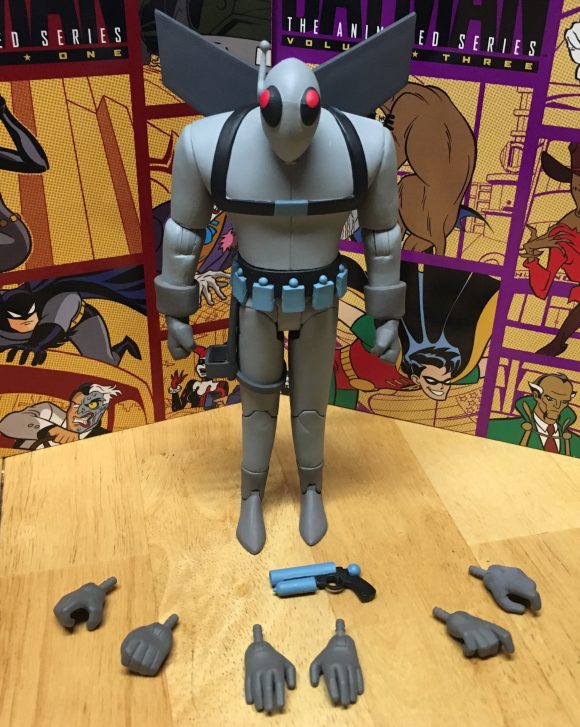 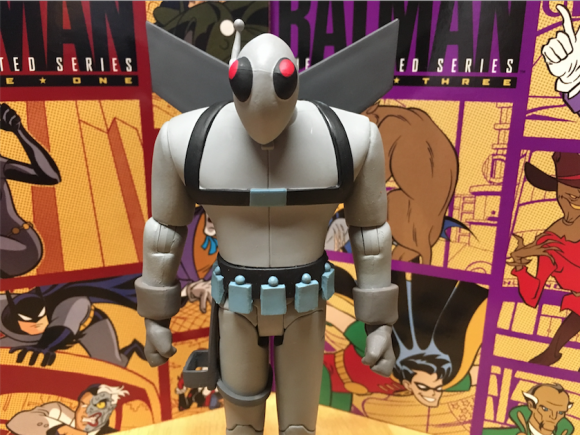 There’s a real old-school feel to it, which is interesting because the actual old-school Firefly looked like this … 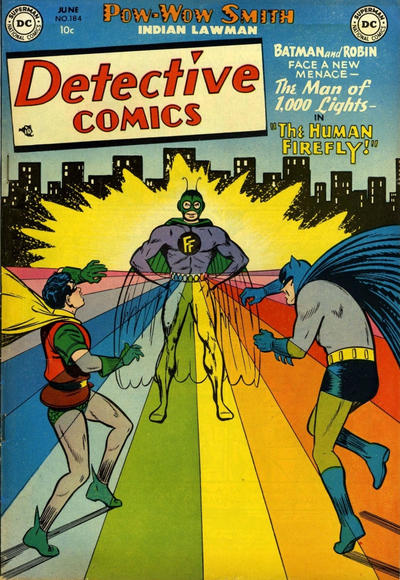 Firefly I, cover by Win Mortimer. 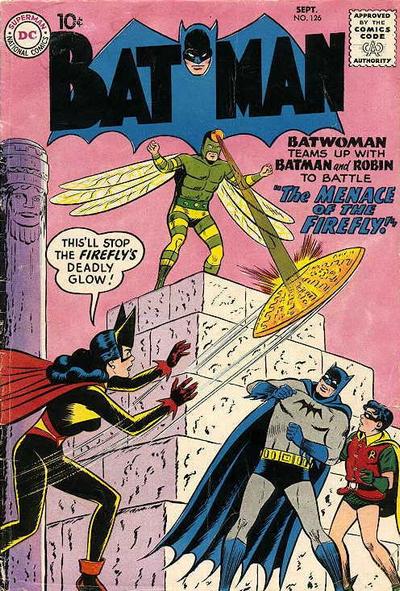 I actually think the best design is the one from the TV show The Batman. But hey, we’re here to talk about the Timmverse. Both figures are due 10/26 and list for $28 each. They each come with a set of accessories and interchangeable hands. Neither is essential to your core Batman collection but both are fun to have nonetheless.

And I’m just glad there’s no fluorescent green anywhere to be seen. 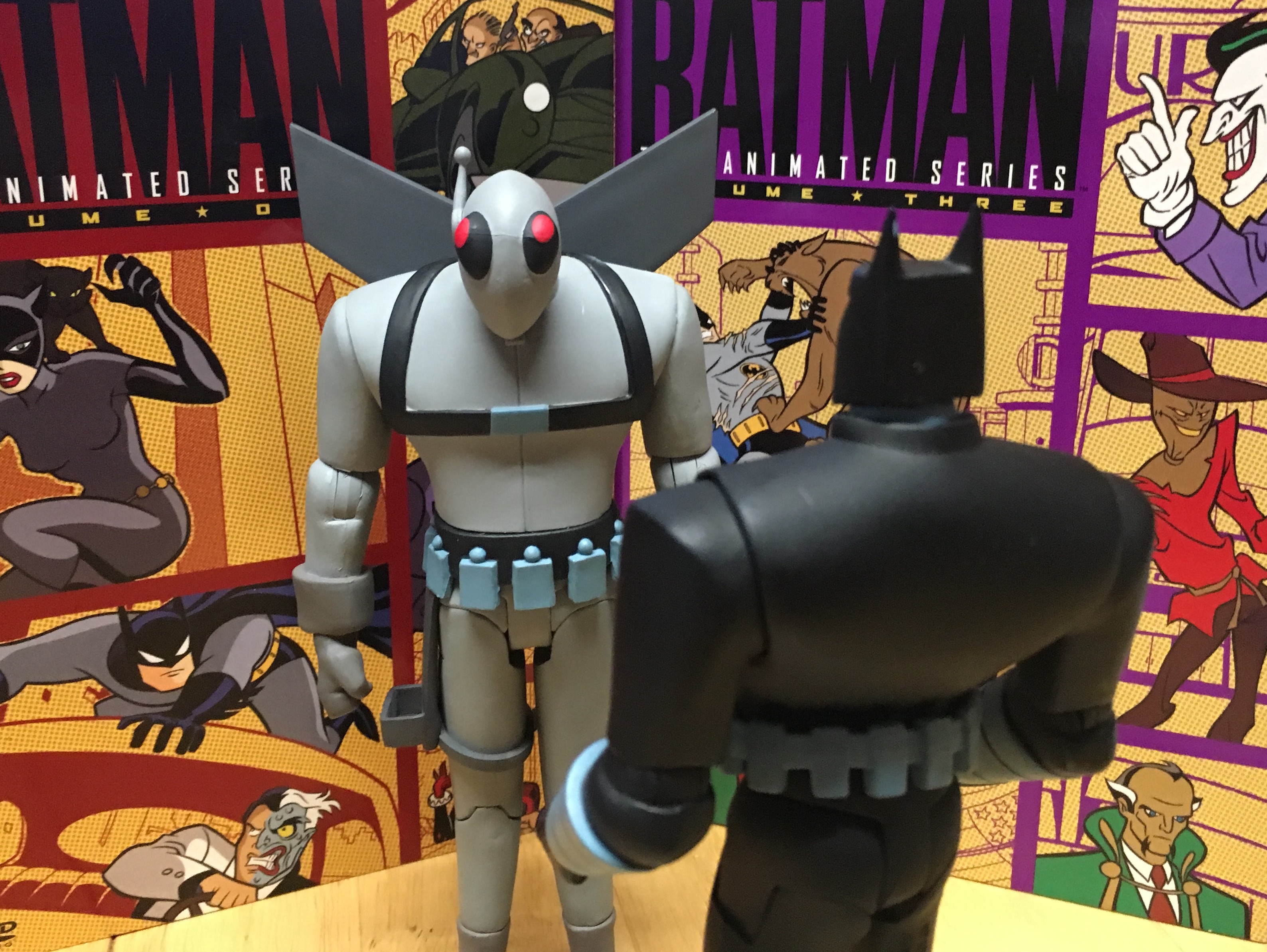