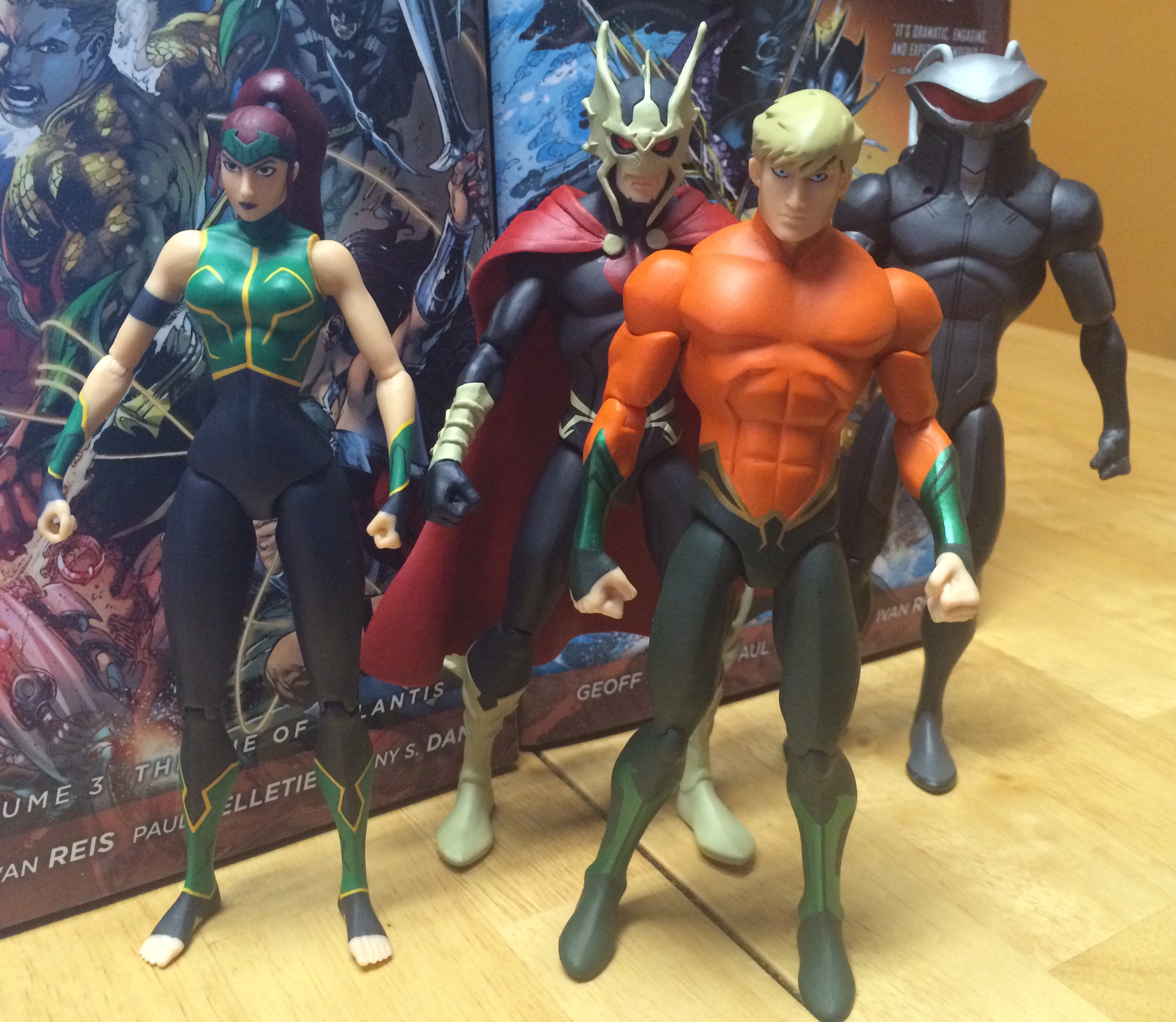 I know I’m not alone in this but I’ve come full circle on Aquaman — loved him as a kid, thought he was ridiculous as I grew older, then embraced him once again. His comic remains one of the best since DC rebooted itself in 2011. I look forward to it every month.

When I learned DC‘s next direct-to-video animated feature was going to adapt the Justice League/Aquaman Throne of Atlantis crossover from the comics, I was pleased, despite my outright displeasure with the first film in the series, Justice League: War.

And when I saw that DC Collectibles’ new wave from the company’s recently launched animated action-figure line was gonna be these four, I burst out in orange-and-green glory.

OK, so I’m exaggerating a little. 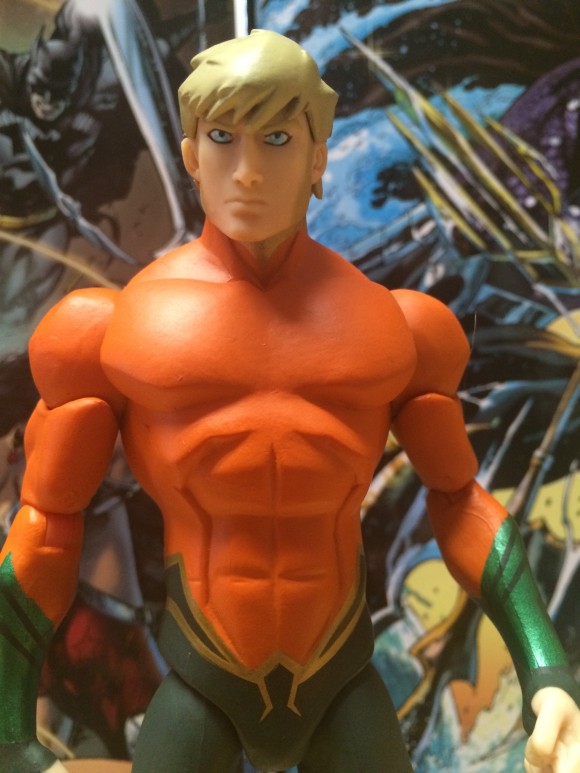 Arthur looks appropriately tough and kinda sexy if action figures can be considered such. I like the simplistic stylistic sensibility of the new animated line — more paint than sculpted detail gives these figures a distinctive look. It’s not for everyone, but I do kinda dig it. (Oh, and hey, no full gloves! Neat look!) 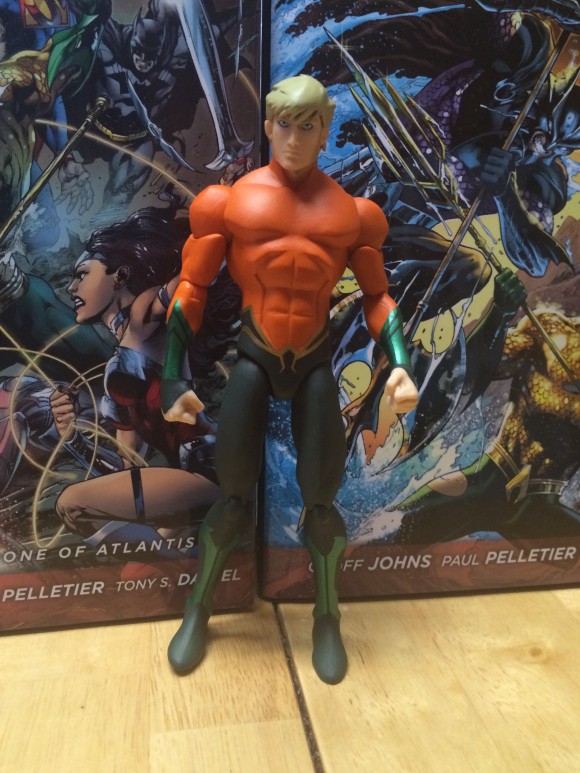 So Aquaman looks good and he’s a solid addition to the line. 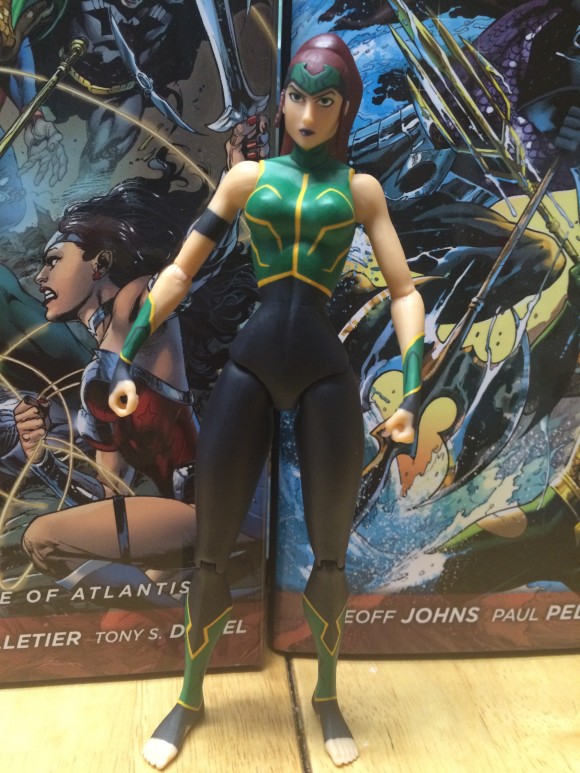 Not so sure about Mera. Don’t really love the design but that’s really an issue with the animators. I don’t really like her hairstyle, though I do approve of how martial she looks. I also like her partial footwear, which has the benefit of making the figure easier to stand. But her figure is out of proportion. Her thighs are outsized and her head is smallish. This may again be down to the animators’ design, but the translation makes for a kind of wonky-looking figure, overall. 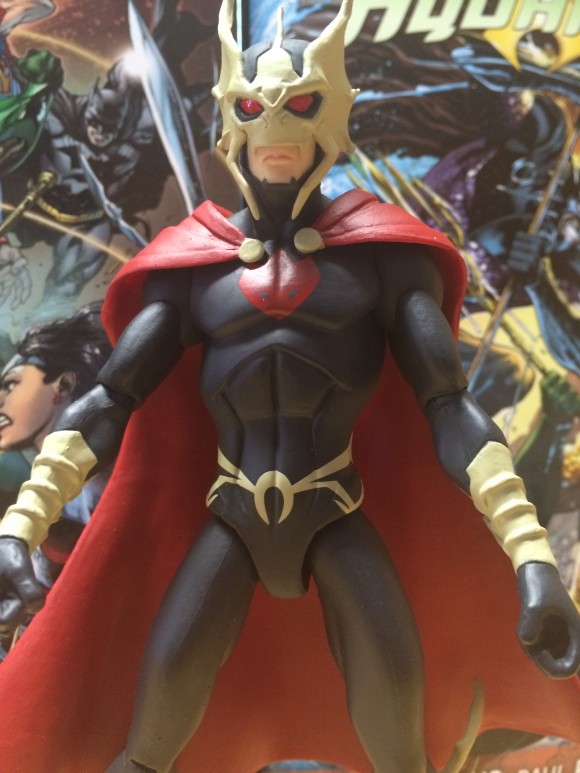 On the other hand, this is the best Ocean Master figure I have ever seen in any iteration. Sometimes a design is better on page than it is in three dimensions. None of the comics-based versions of Orm have thrilled me, but this version is outstanding. Just outstanding. Terrific color scheme — love the bone-colored accoutrements — with a really intimidating mask/headpiece. Ocean Master finally looks as though he’s a worthy opponent for Arthur. Best ever. 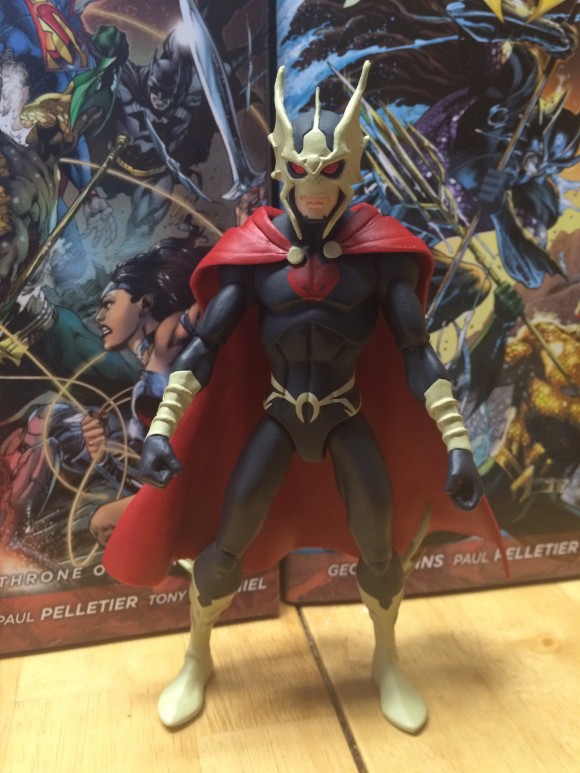 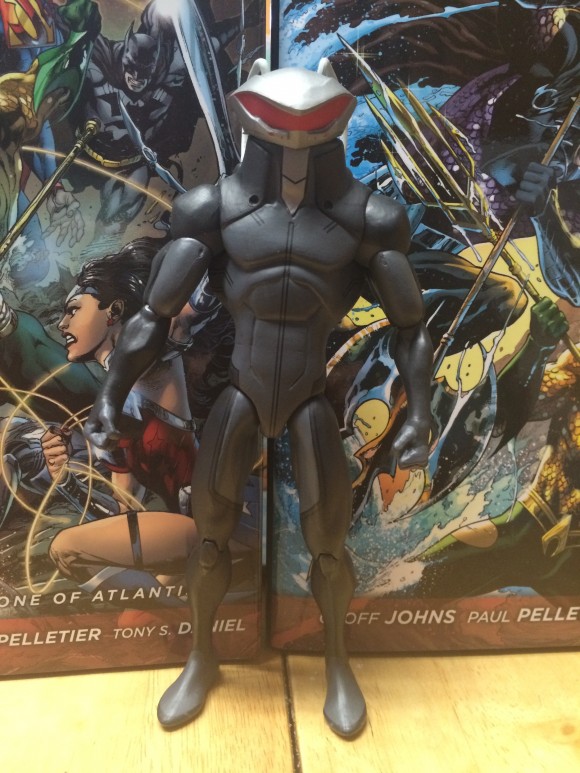 I have always loved Black Manta. His design was great from the get-go and most variations have been right on. This is a solid Manta figure. I’m not crazy that his red eyes aren’t separated, though. But as a figure, he’s solid.

So enjoy Aquaman’s renaissance — and give these figures a nice spot on your shelf. 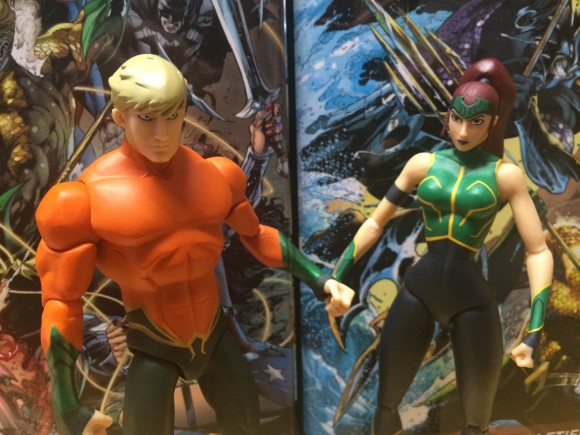 Arthur and Mera, sittin’ in a coral reef …