Mike Mignola may be taking a sabbatical from comic-book art to paint — check out one of his water colors below — but his comics universe is still chugging along, with two titles coming in December, from Dark Horse: 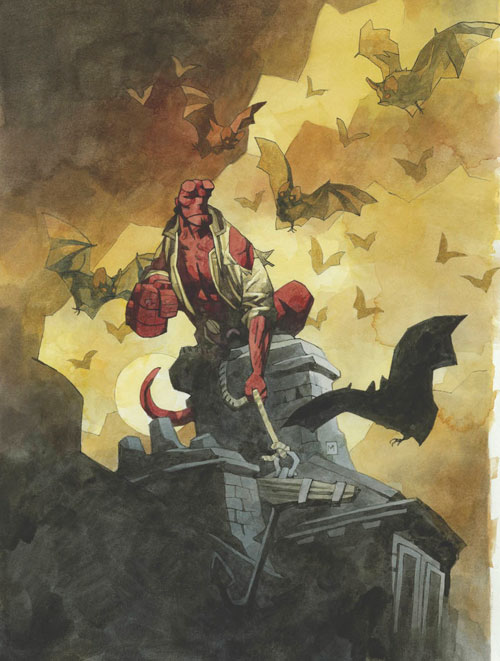 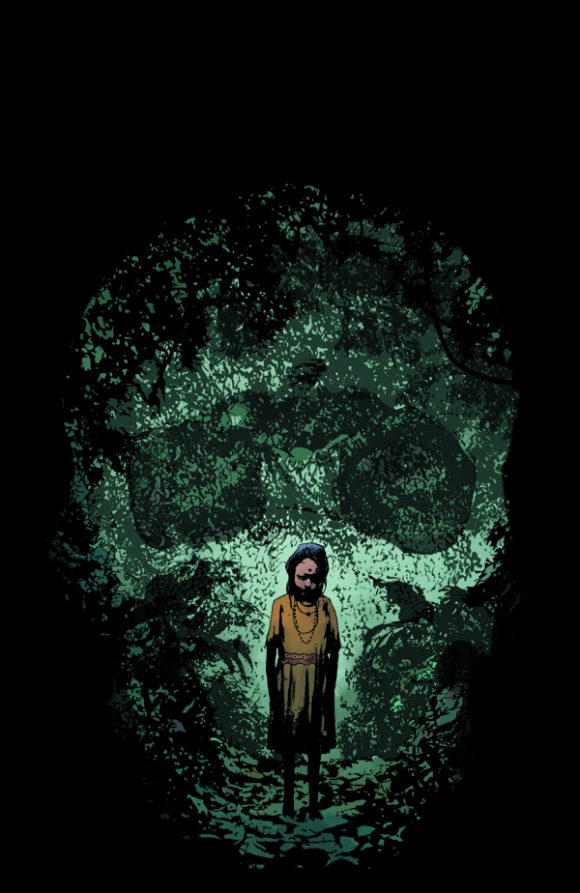 A narrow escape from hooded attackers slows the team on their mission to stop a cult’s human sacrifice, while their strange guide’s dark visions become more urgent but no less mysterious. 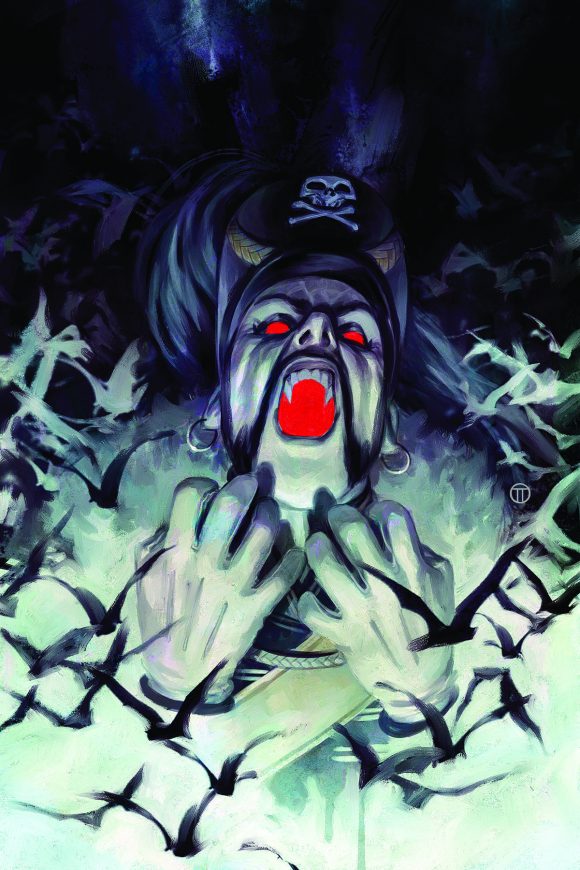 The Witchfinder returns to the secret chambers of London’s underground …