Filmation’s SUPERBOY Cartoons Are Back — Finally

But there’s a catch… 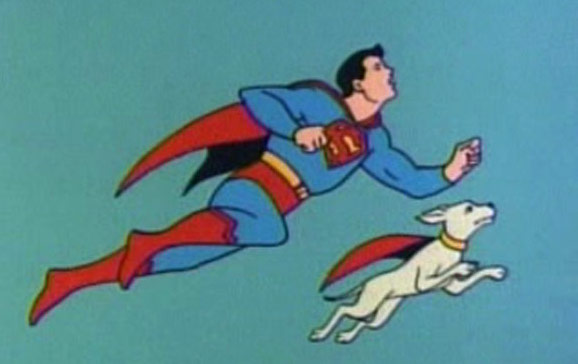 For a number of years, Filmation’s kitschy DC superhero cartoons from the ’60s have been widely available on disc and for download — except for The Adventures of Superboy.

Batman (both 1968 and 1977 versions), Superman and Aquaman have all been out there. So have the “super superhero” guest shorts featuring the Atom, Flash, Green Lantern, Hawkman, the Justice League of America and the Teen Titans.

But the Boy of Steel has been stuck in official limbo — digital pirates notwithstanding — though I seem to recall his 1966-’69 series of shorts were briefly available through Warner Archive’s streaming service some time ago. (I could be wrong about that, so please correct me in the comments if that’s the case.)

In any event, the series, which originally ran in tandem with The New Adventures of Superman, is finally available again. Thing is, you can only get it in once place — the recently launched DC Universe app — and the 18 first-season episodes remain missing.

DC Universe posted the cartoons with zero fanfare — and you’d be forgiven for not being able to find them easily if you’re a subscriber: They’re attached to the Season 2 and 3 New Adventures of Superman cartoons that appeared on the app in the last week or so. My eagle-eyed son noticed them last night.

Still, there are 16 installments of Superboy and Krypto getting into all sorts of trouble — which is better than nothing, for sure. (Fun fact: Superboy/Clark Kent was voiced by Bob Hastings, who would go on to play Commissioner Gordon in Batman: The Animated Series.) 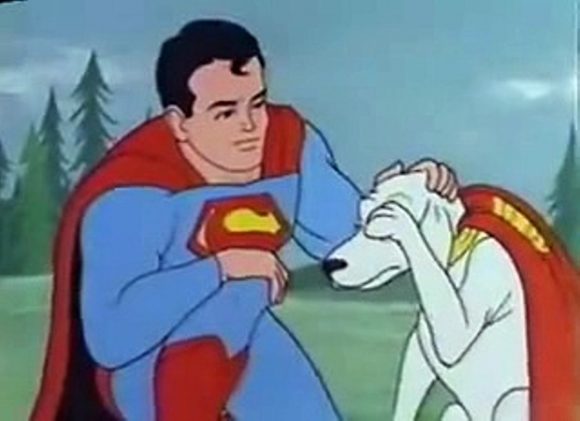 What amazes me, though, is that Aquaman, the cartoon that helped an entire generation discover the Swift and Powerful Monarch of the Ocean, is still not on the app. You’d think that with the Jason Momoa movie a blockbuster, DC Universe would throw everything it could at you. But at least his adventures are readily available.

And so, finally, are Superboy’s. Or at least about half his cartoons.