EXCLUSIVE: Behind the scenes with the superstar cover artist…

Chuck Palahniuk’s Fight Club 3 #3 is out Wednesday, March 27, and one of our favorite artists — David Mack — is here to reveal how he created the evocative cover for the issue. — Dan:

For the Issue #3 cover, Chuck Palahniuk asked for a fight between the characters Marla and Stephanie that happens in this issue.

I asked two friends of mine, Riley and Christine, to model as Marla and Stephanie. They’ve modeled for me often for live drawings and more (my Muse art book and gallery exhibits, and art projects with Allan Amato), so we did a photo shoot at my friend Allan’s studio.

Here are some photos of them in a variety of positions: 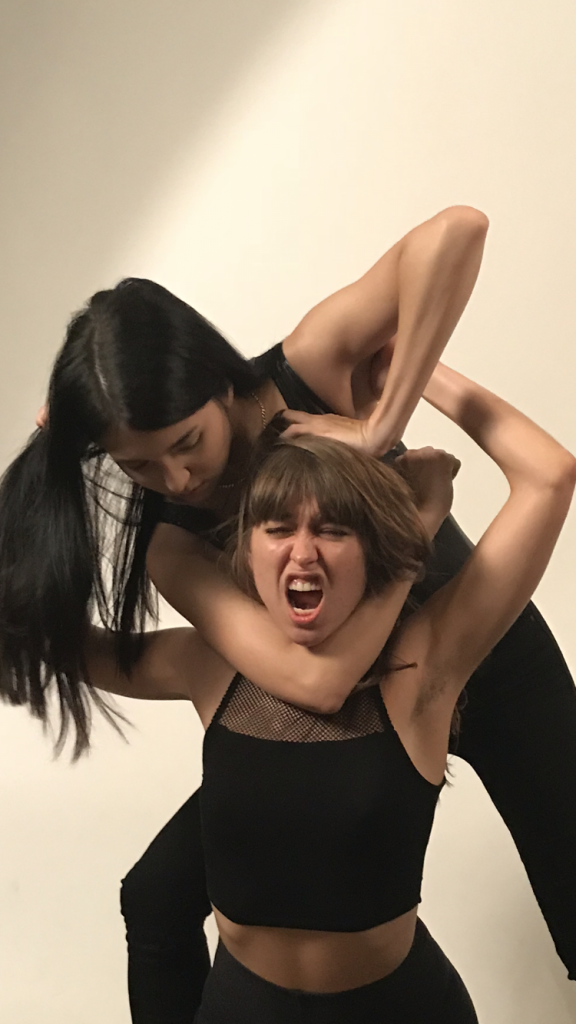 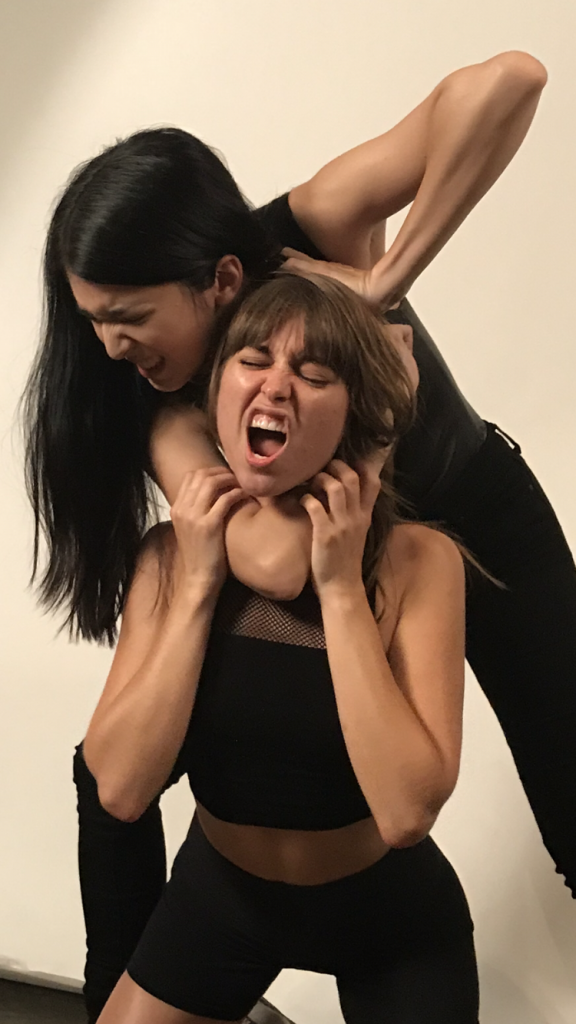 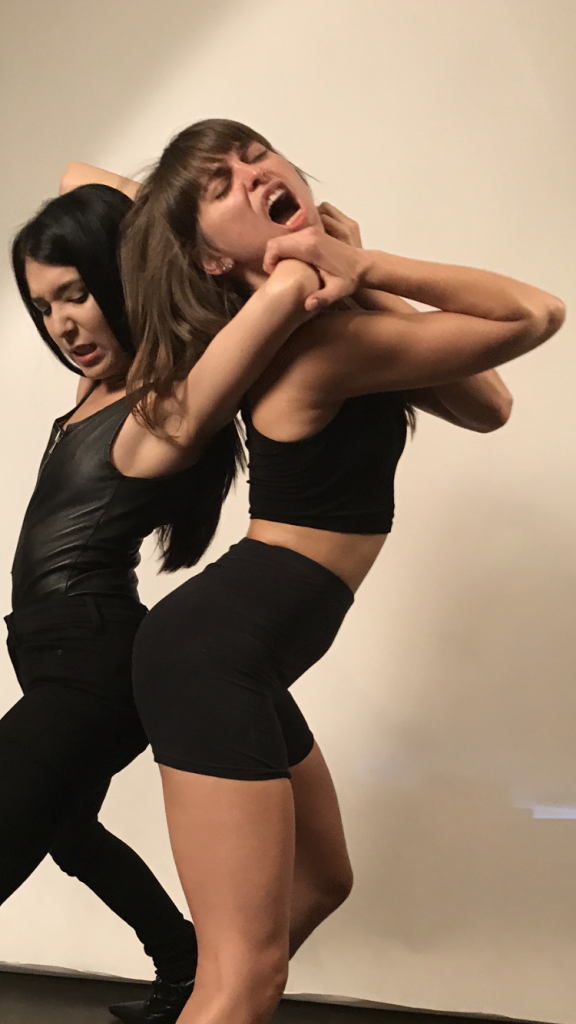 Allan sent me some angles that he shot and I ended up working from one of his that had some great lighting. (Some of Chuck’s author photos are by Allan, by the way.)

I mapped out the drawing in pencil and then painted with watercolor the faces and skin tones. 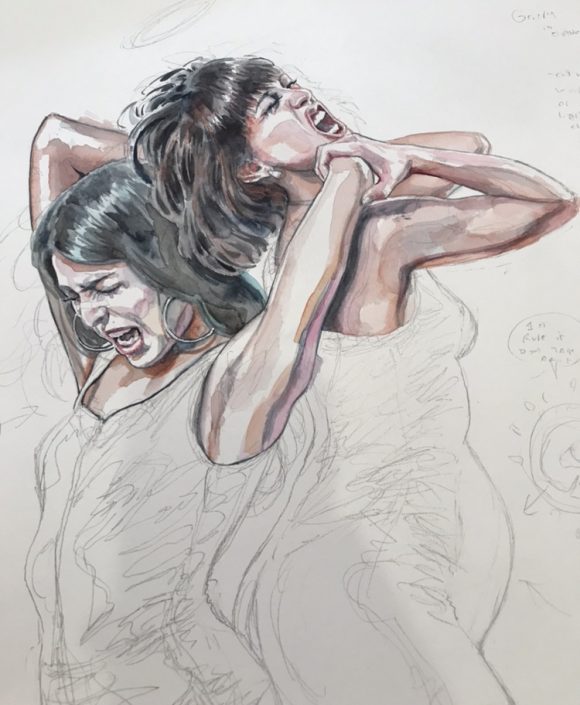 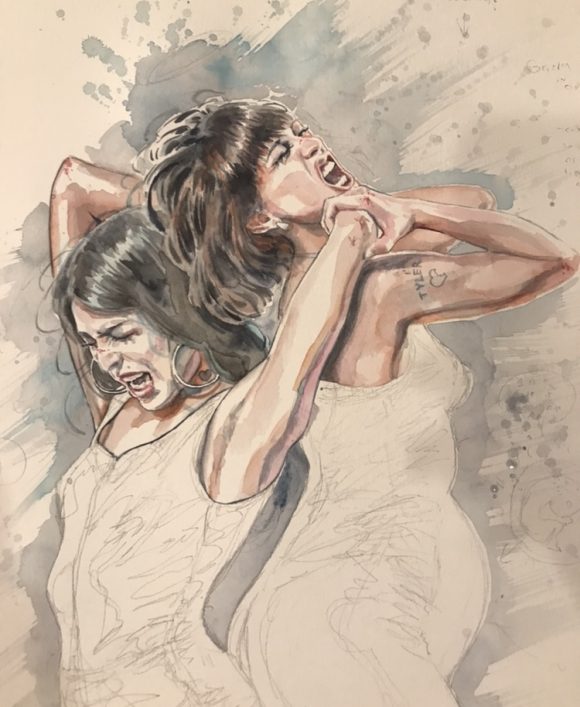 Chuck asked me to add a grizzy bear to the image, so I incorporated that inside the figures to suggest the metaphorical struggle inside them. I added a penguin and handwritten text for contrast. 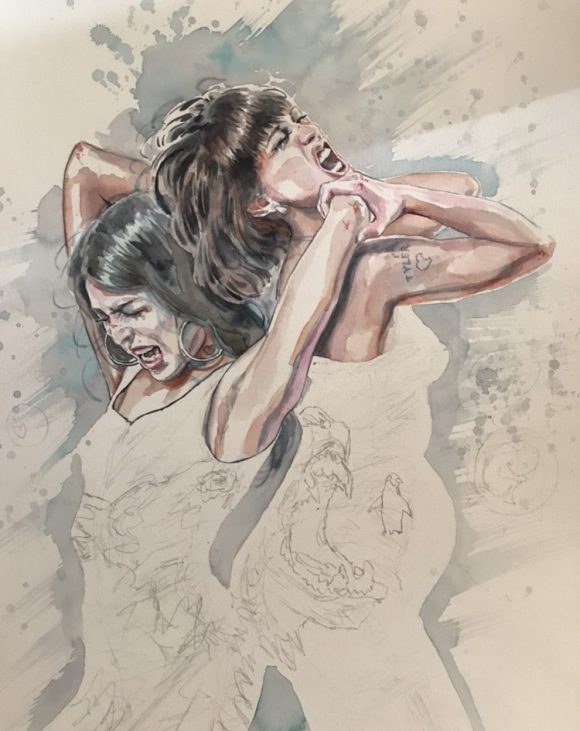 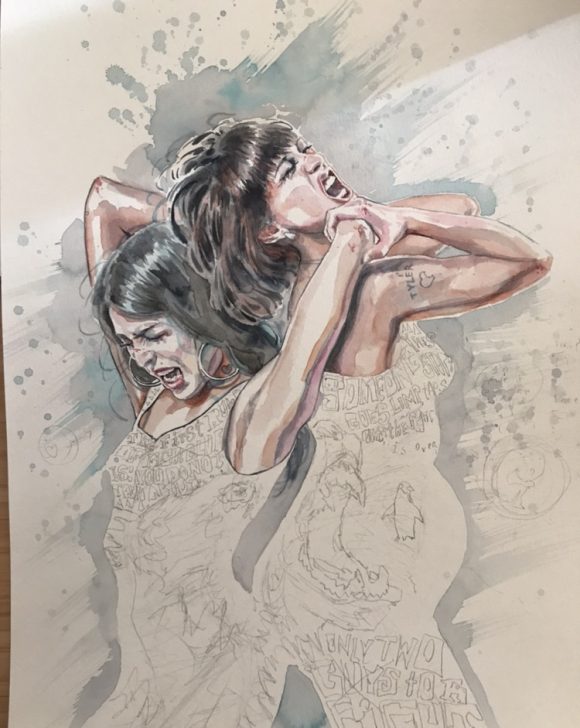 And here’s the final version, without the trade dress: 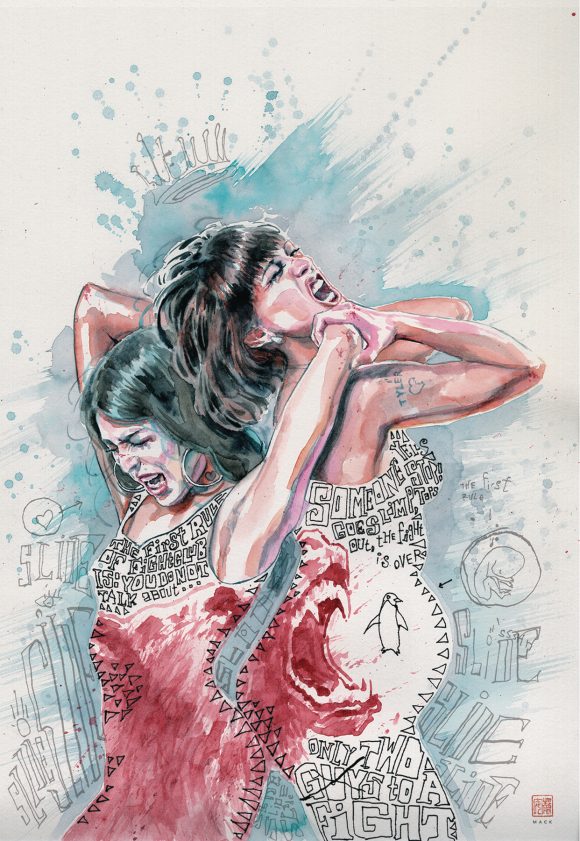 Fight Club 3 #3 — written by Chuck Palahniuk, with line art by Cameron Stewart and colors by Dave McCaig — is out March 27, from Dark Horse.