Neal Adams’ impact on Big Two comics was so powerful that you can forget just how broad his artistic output has been over the last 50 years or so.

I mean, the guy was — and remains — among the most prolific artists in the history of the medium.

This summer, three of his most startling non-superhero tales are being collected in a single, 11 x 17 edition, Neal Adams Presents: Lost Classics. 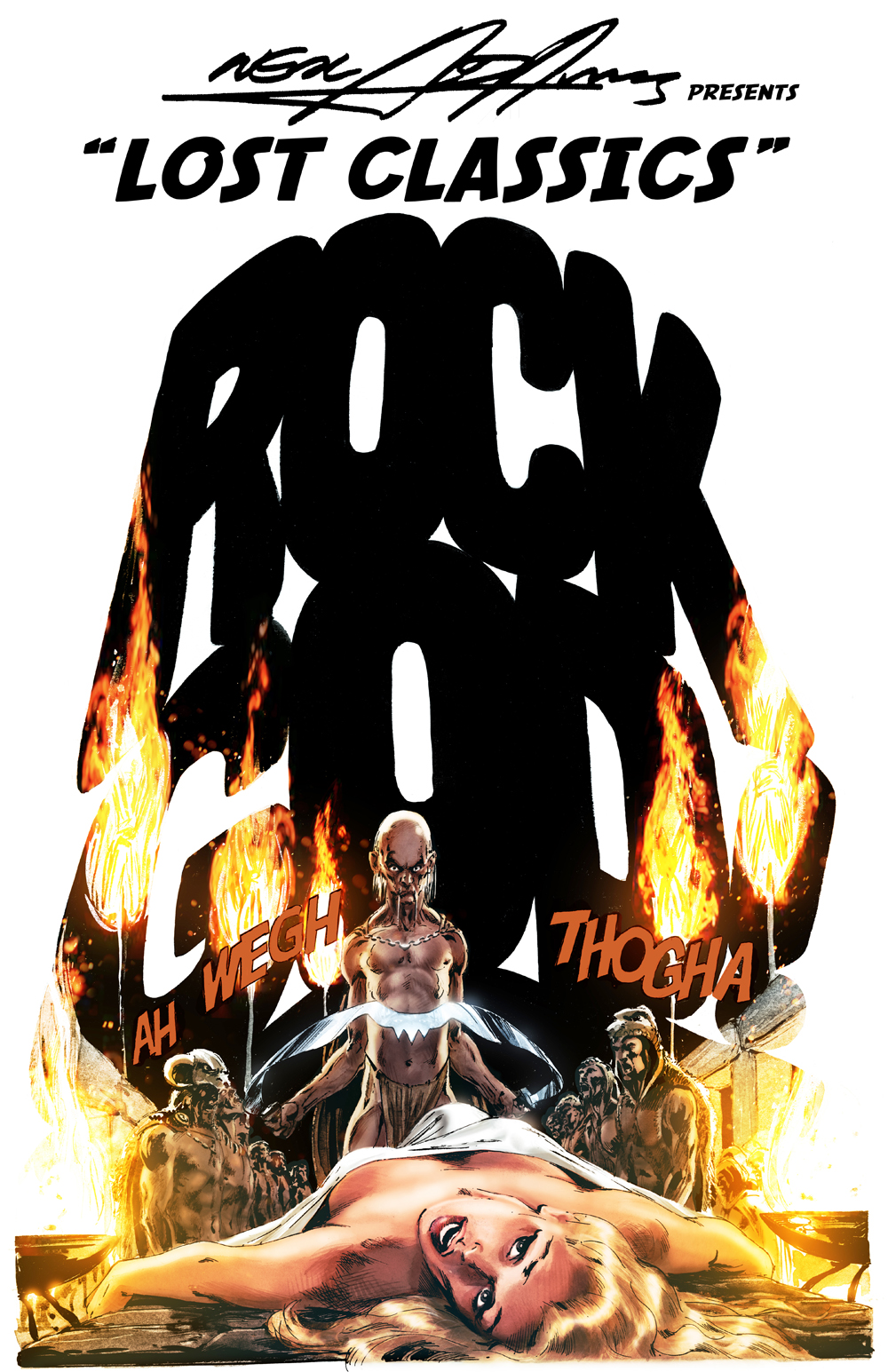 Not the final cover

The edition is being published by his own Continuity studio and will feature the short stories Rock God, Thrillkill and the powerful Vietnam tale A View From Without.

Rock God, written by Harlan Ellison, is from 1970’s Creepy #32; Thrillkill, written by Jim Stenstrum, is from 1975’s Creepy #75; and A View From Without was originally published in the fanzine Phase One in 1971.

These are stark, brutal and beautiful black-and-white stories by a master. The best part is they’ll be published oversized with a softcover a la the treasury comics of the ’70s — though the paperstock will be considerably better.

Just check out some of these pages: 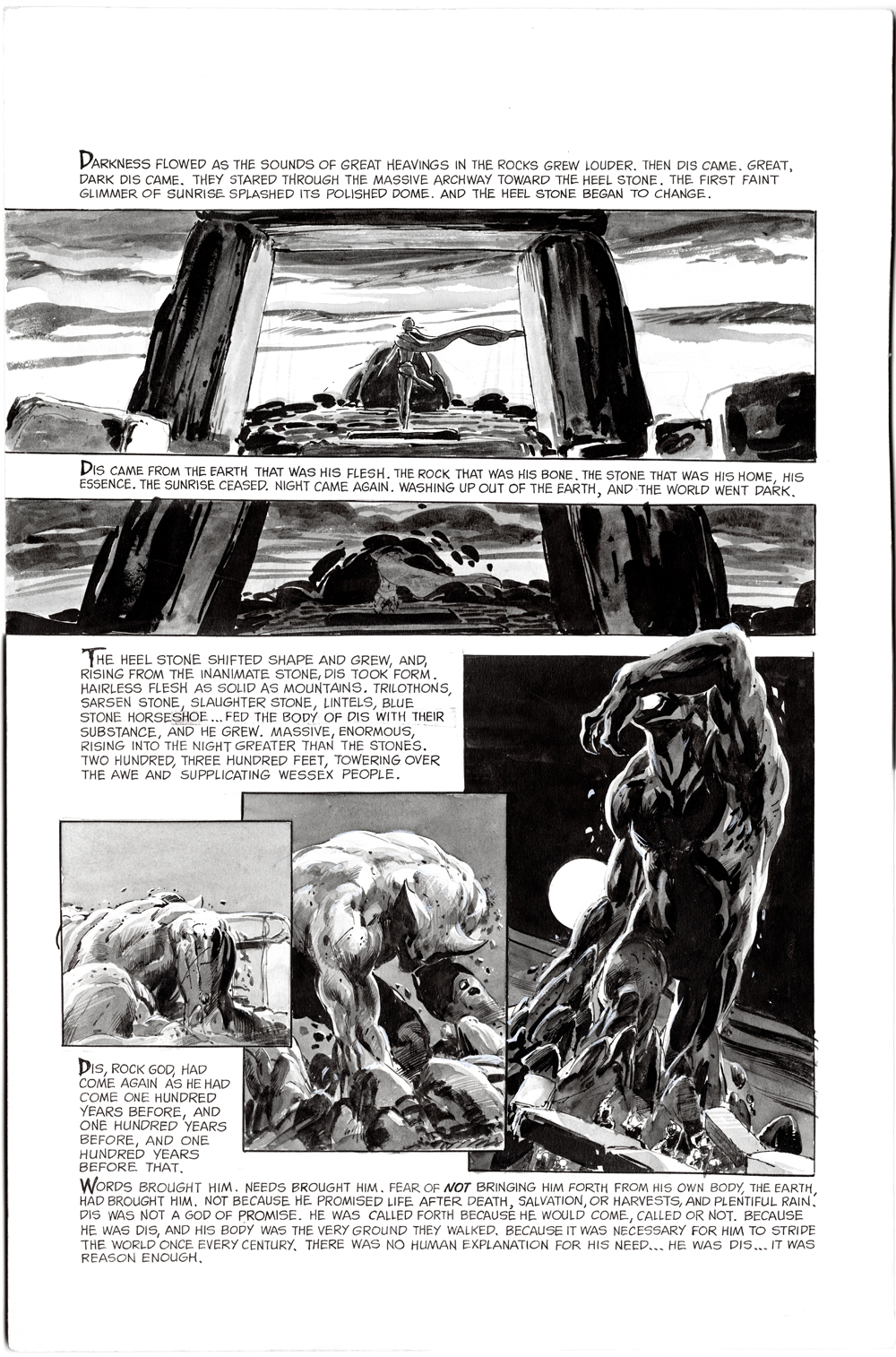 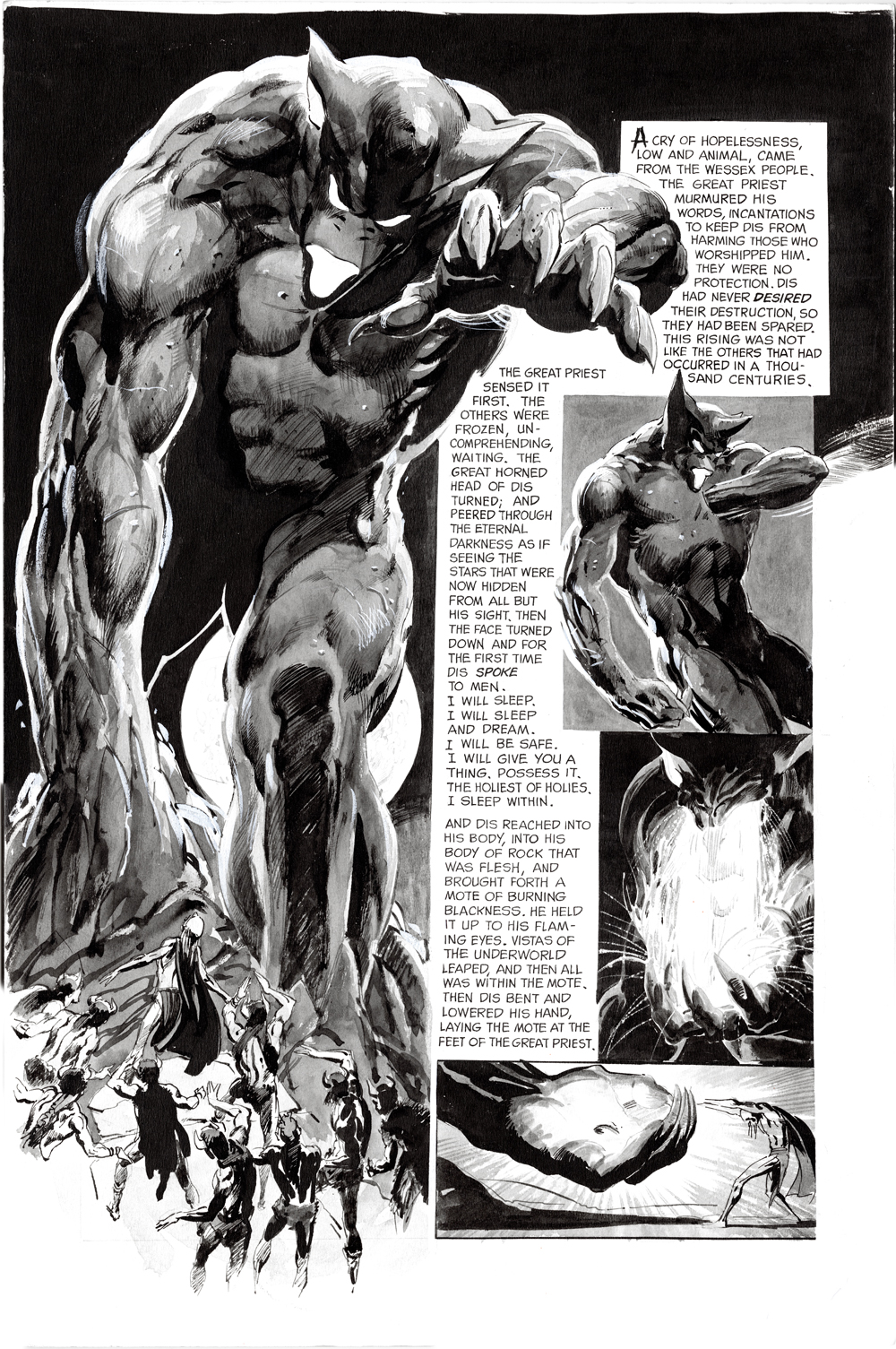 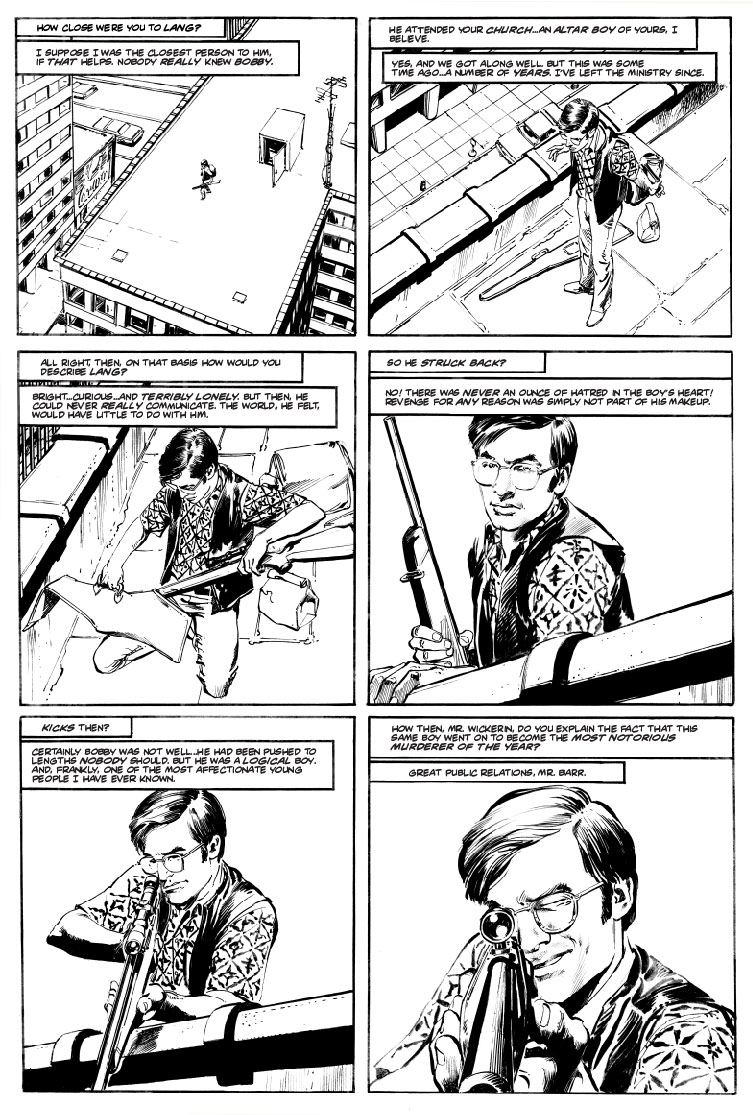 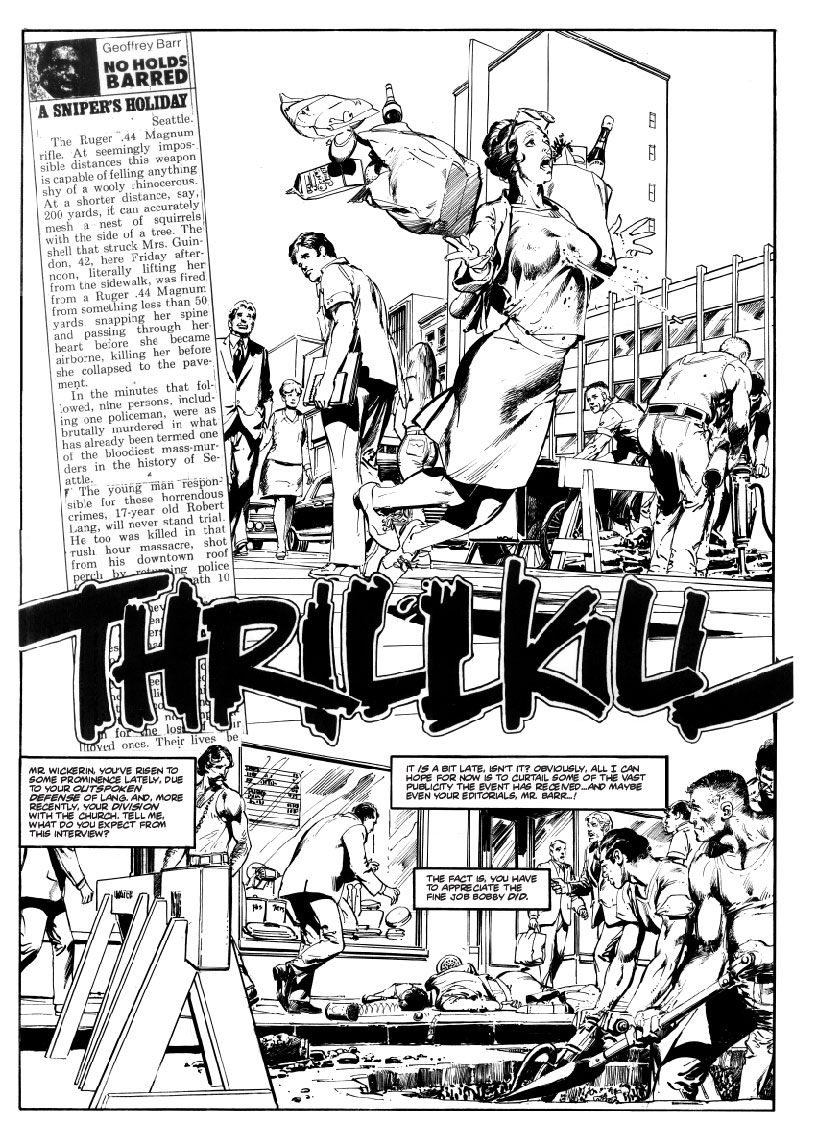 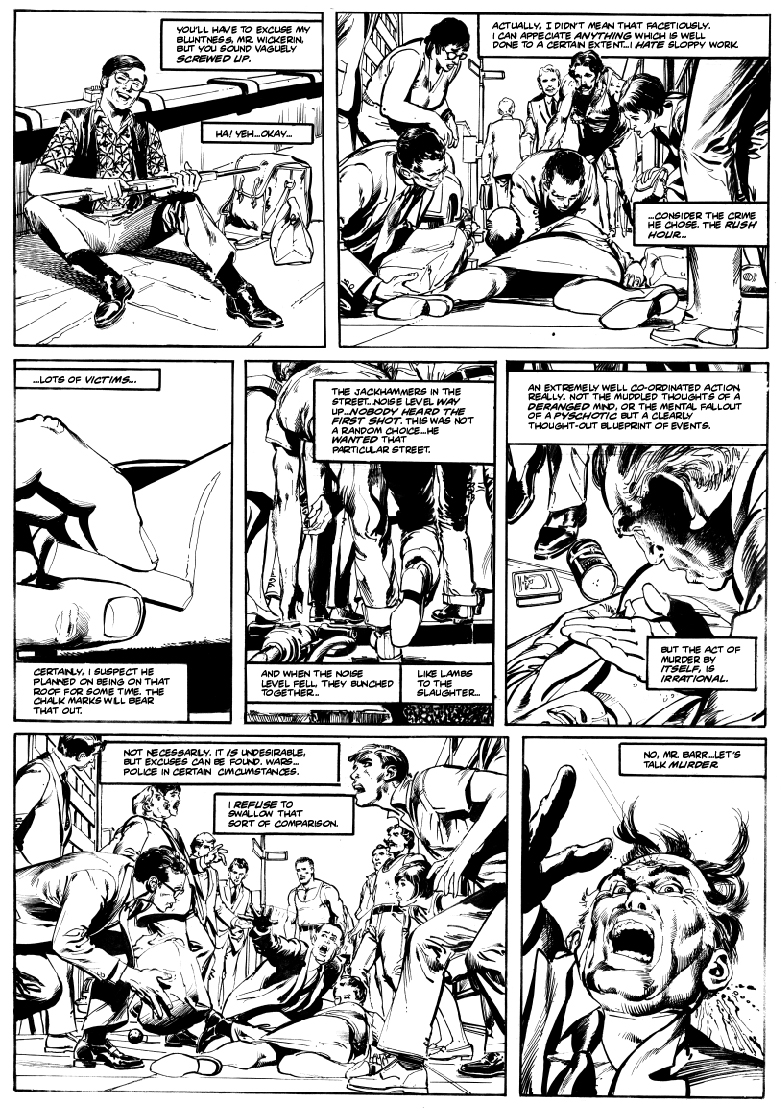 A VIEW FROM WITHOUT 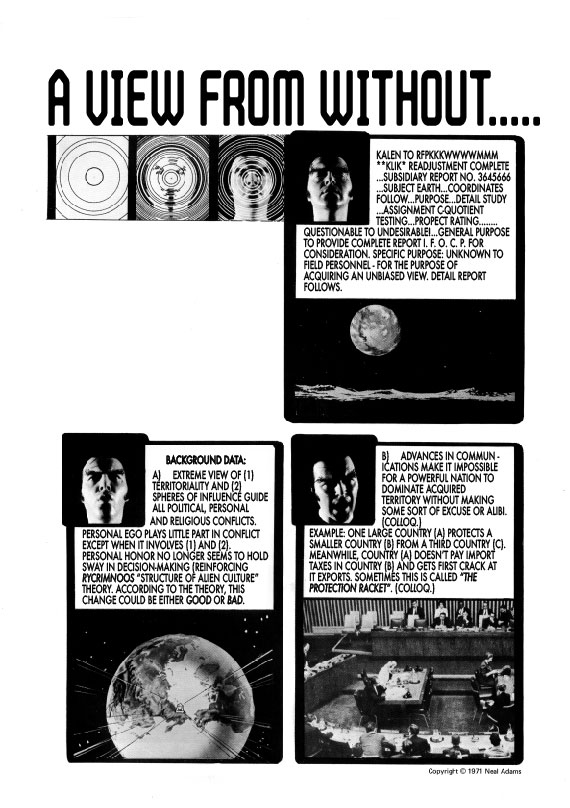 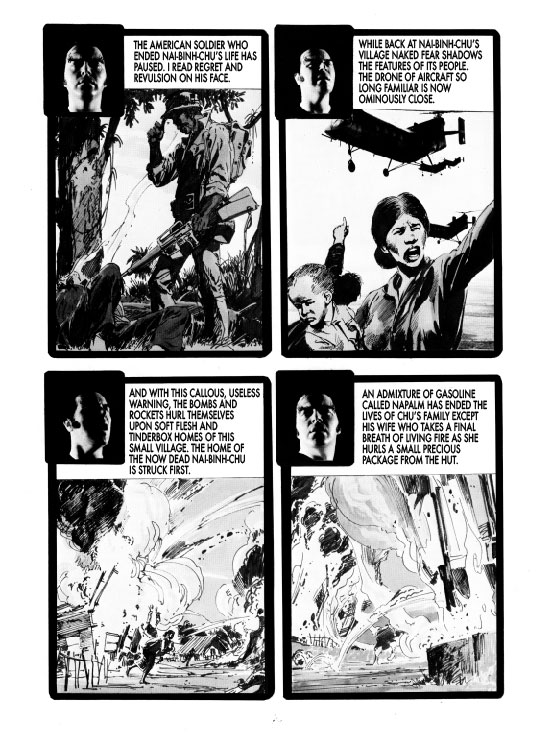 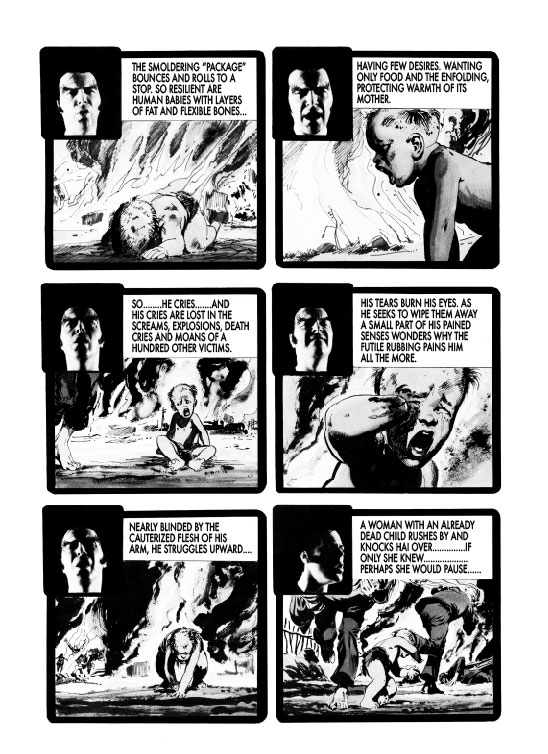 Continuity is working out the pricing and distribution for Lost Classics but expect it later this year.