Your FIRST LOOK at the first issue’s Ships of the Line cover.

IDW is capitalizing on its Star Trek comics license with a miniseries based on the new TV show. The 4-issue Star Trek: Discovery debuts 11/22 and the publisher has tapped the team of line artist Declan Shalvey and colorist Jordie Bellaire to produce a series of retailer variants that spotlight the newest ships to join the Trek universe.

First up is the USS Shenzhou: 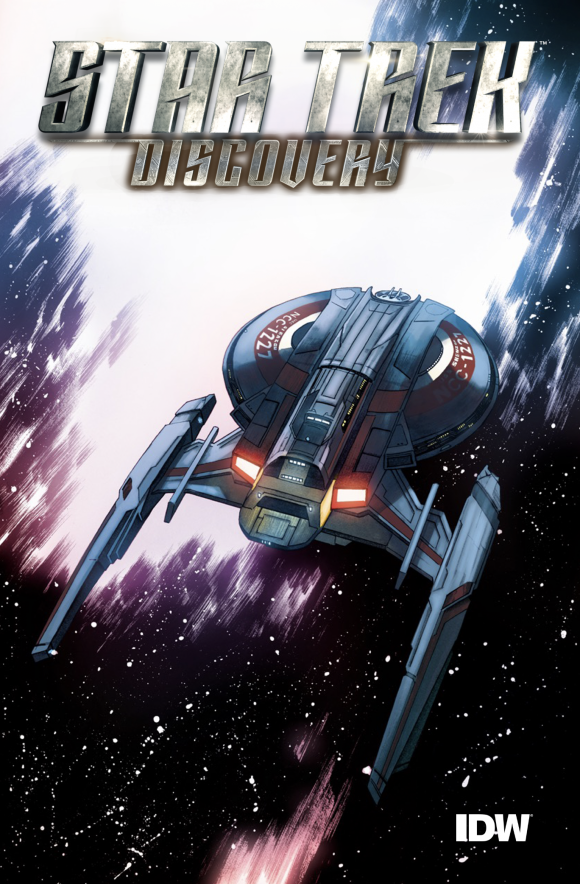 “I’m basically trying to come up with a shot of each ship that depicts them in an iconic as possible shot,” Shalvey said. “I love all the Ships of the Line pieces of all the previous ships/shows, so this is a cool opportunity to do so with ships people don’t know very well yet.”

Shalvey said his earliest Trek recollection is probably Star Trek IV: The Voyage Home, but “It was The Next Generation that got me hooked though. I remember seeing Encounter at Farpoint and it blew my mind.”

“I’m all up to date, just watched Episode 6, and I’m very much digging it,” he said. “I’ve made the decision to embrace the direction the new show has gone in and see what happens. It’s ambitious, it looks amazing, and I’m really enjoying how the characters bounce off one another.”

And he just may have more Ships covers down the line:

“For the moment I’m doing four covers for the first Discovery mini-series. Who knows? If people like them, maybe I’ll get to do more.”