IDW is publishing Walt Simonson’s Star Slammers in hardcover 5/13 — and we give you an EXCLUSIVE LOOK at his EXTREMELY RARE earliest work on the legendary title! 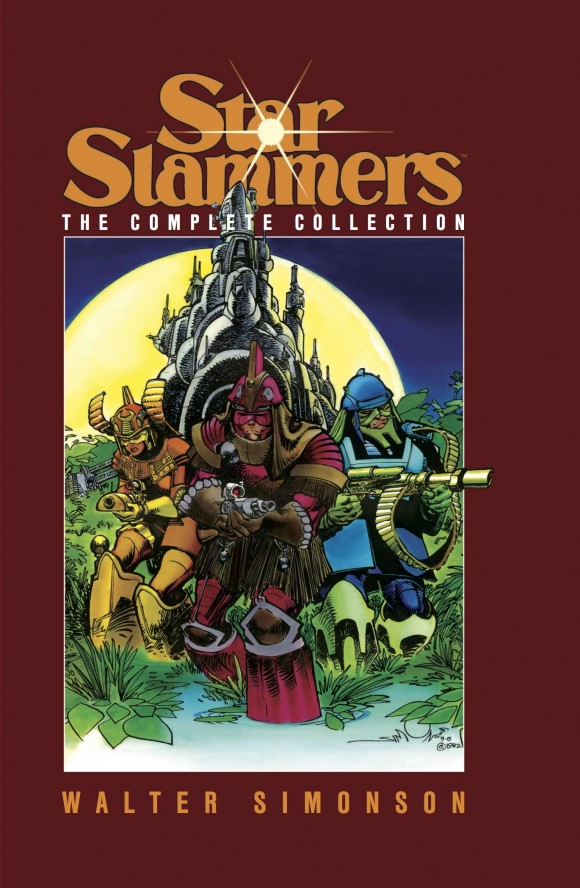 Star Slammers predates Simonson’s DC and Marvel work — going all the way back to his days in college. IDW‘s hardcover collects the series in a 300-page book that retails for $49.99. The first printing contains a bound-in signature plate, signed by Simonson. That’s pretty cool.

But even cooler is the inclusion of, as IDW puts it, “Simonson’s earliest version of the Slammers created for his college thesis at the Rhode Island School of Design. These stories predate his first professional comics work but strongly show the artist’s keen sense of composition and design.”

These pages are rarities that have never received wide release — and we get to show some of the work to you first. Feast your eyes — then check out a preview of the rest of the book! 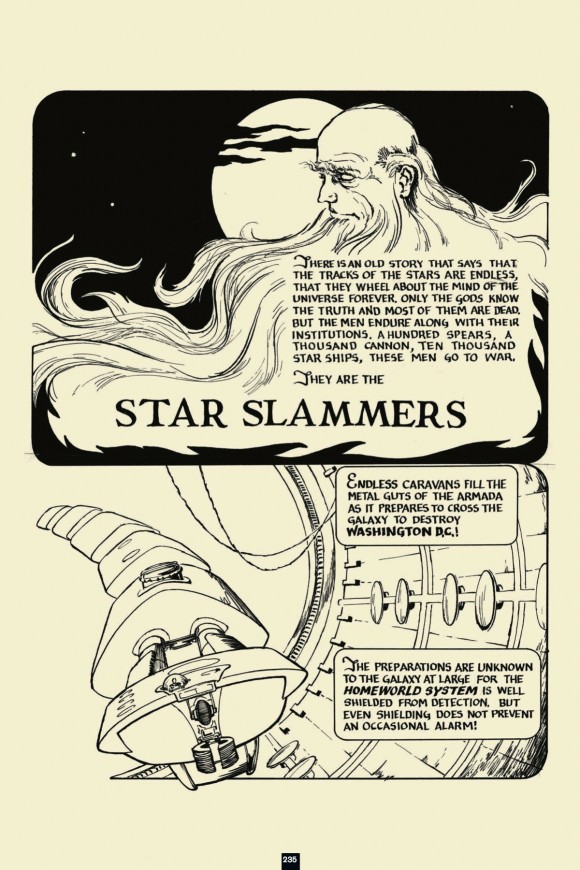 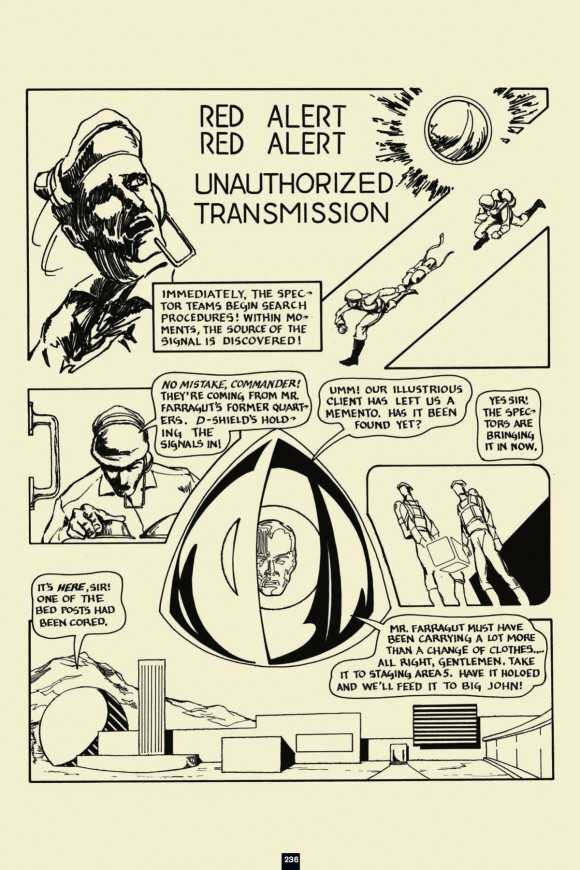 Says IDW: “The Slammers would later be resurrected as a Marvel graphic novel, and then a miniseries. Simonson describes it thus: ‘Once upon a time, there was a race of men who could out-shoot, out-fight, and out-kill anybody. They were paid fabulous sums to act as mercenaries. The practice became so lucrative, they decided to go into business. They became the most successful businessmen in history, and they called themselves…The Star Slammers!” 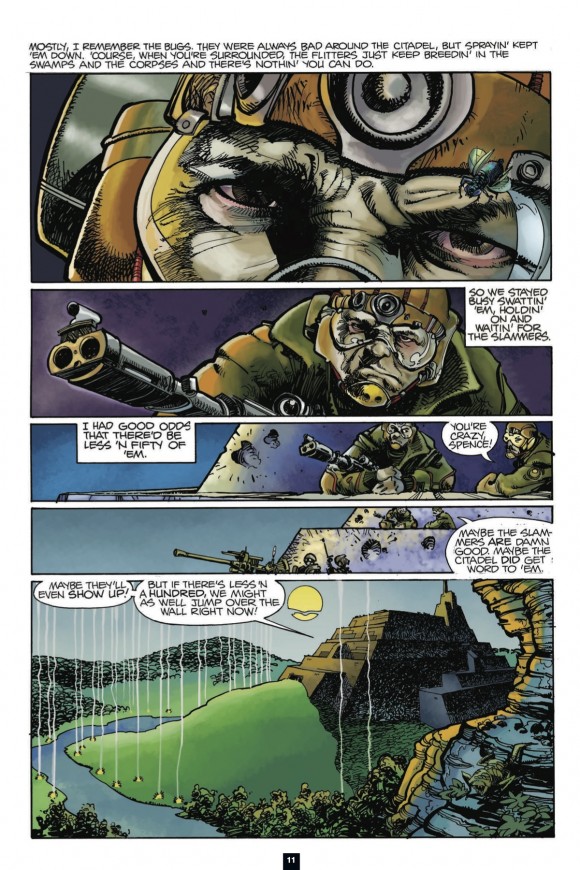 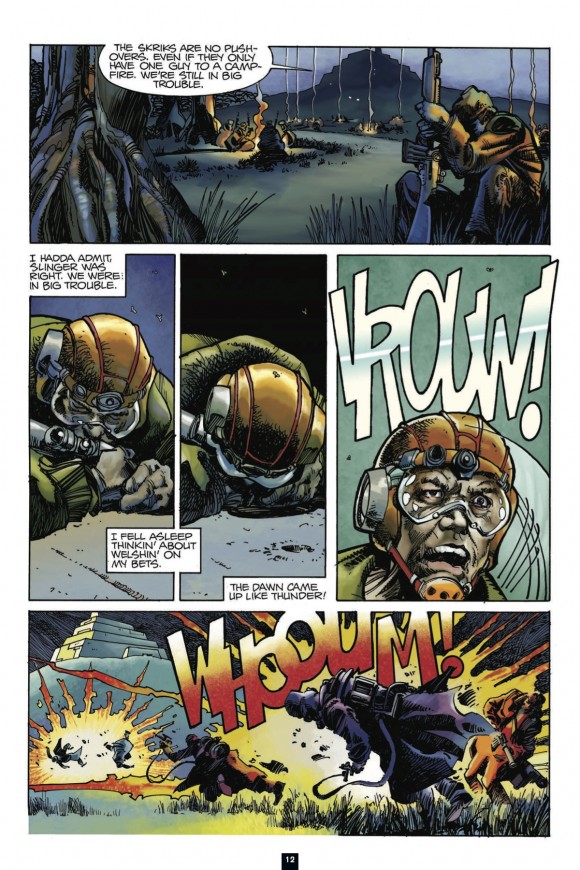 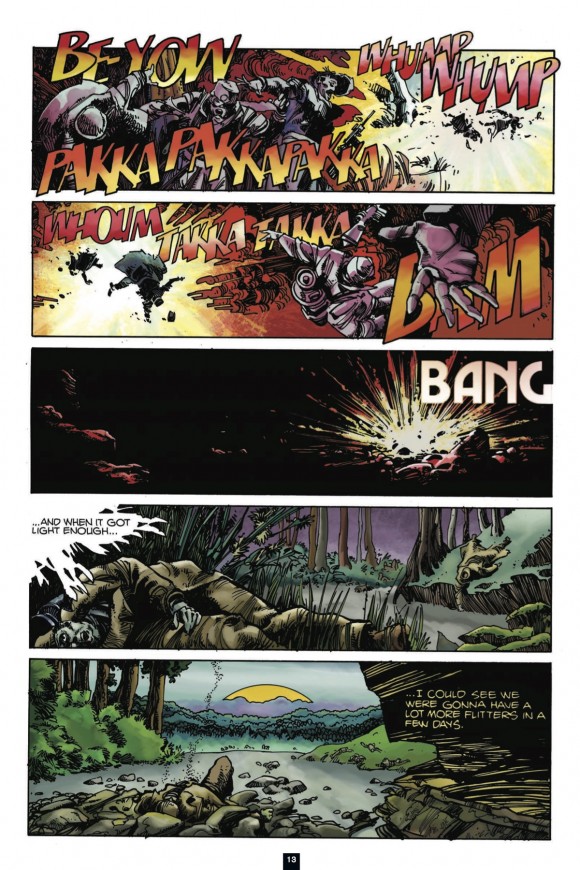 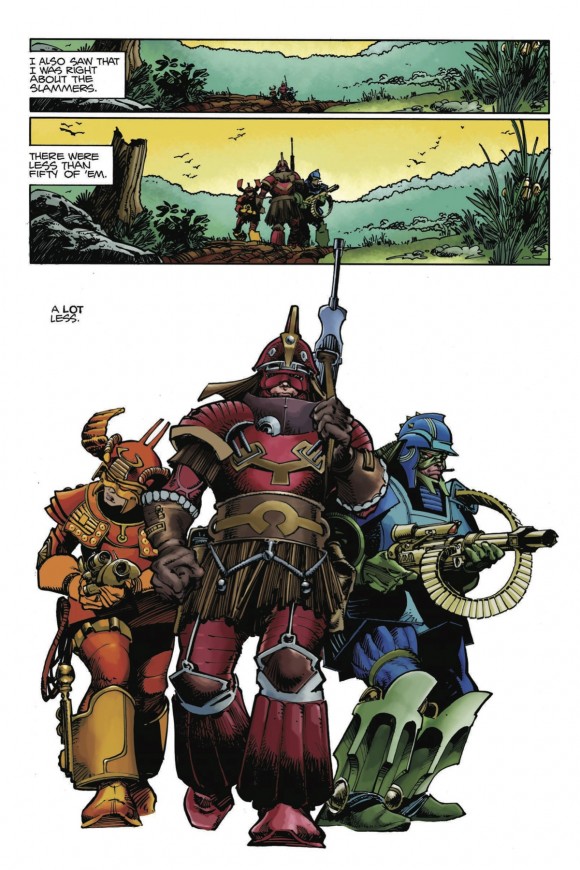 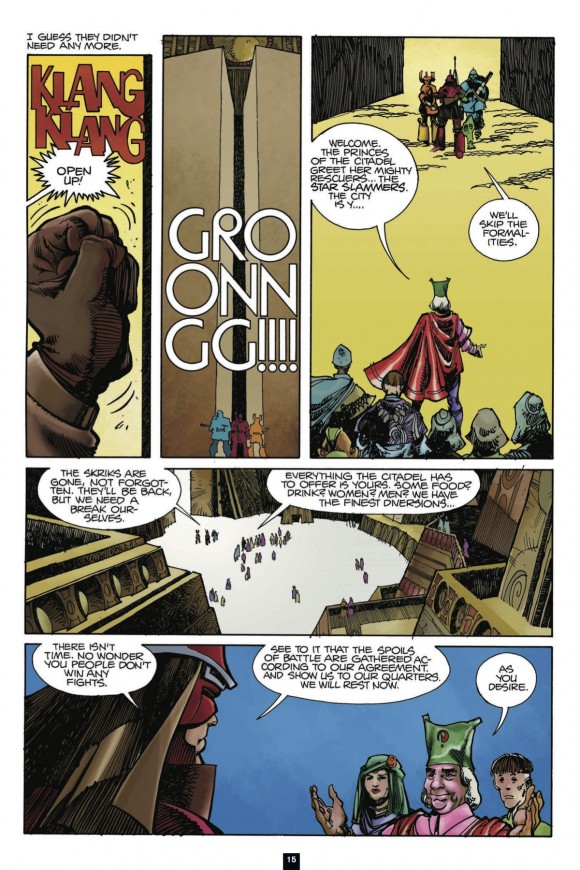