In the clutches of Chronos!

Take Chronos, for example. The Atom’s nemesis is all up in the JLA’s business right now and I can’t get enough of it.

Plus, his garish outfit is almost as outlandish as the original: 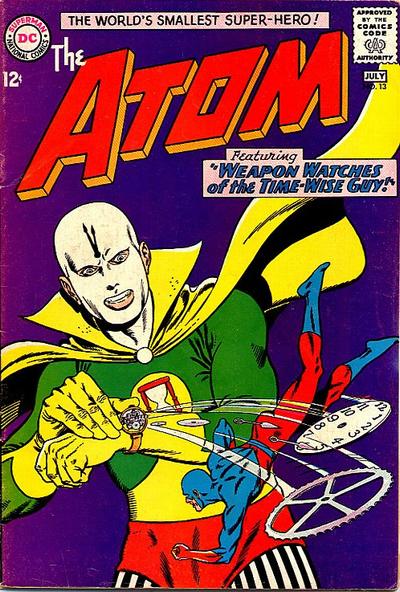 Still miss the striped leggings, though.

Anyway, here’s your EXCLUSIVE PREVIEW of Justice League of America #28 — brought to you by Steve Orlando, Hugo Petrus and Hi-Fi. 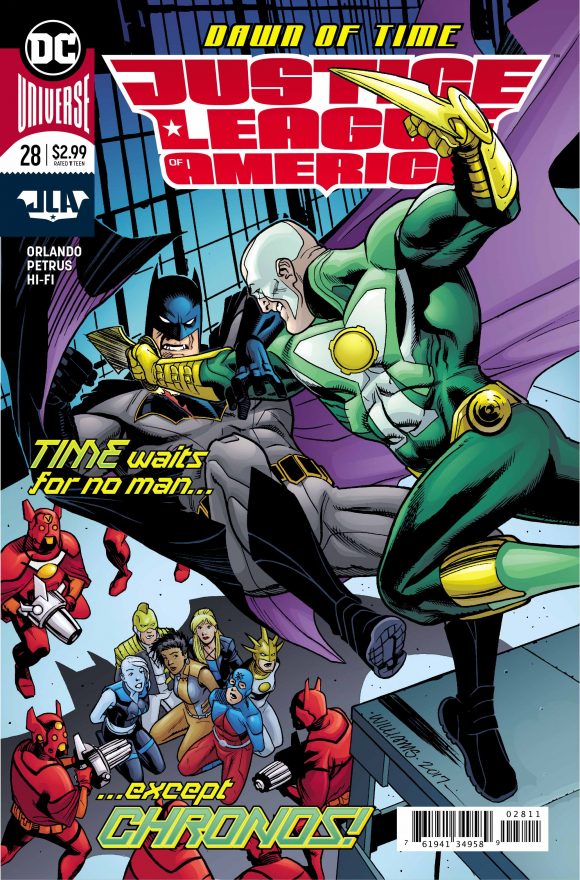 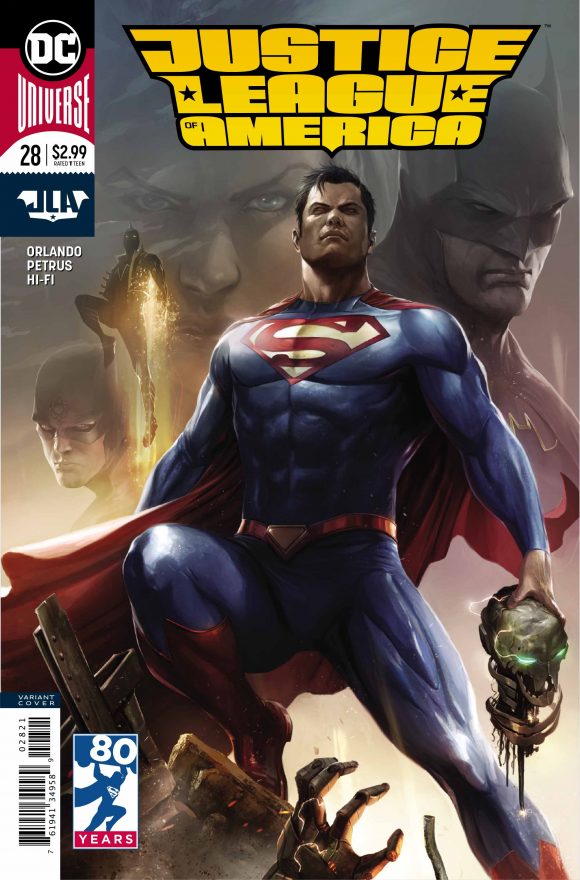 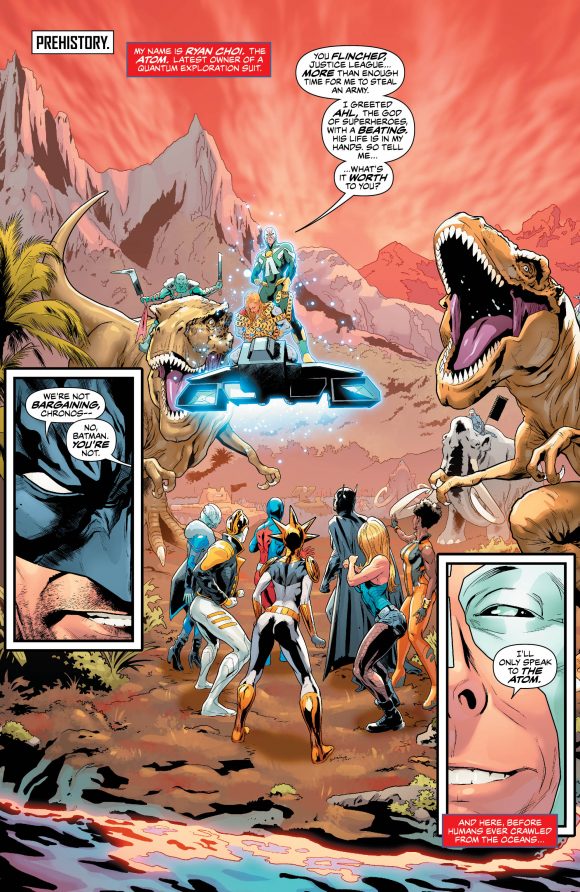 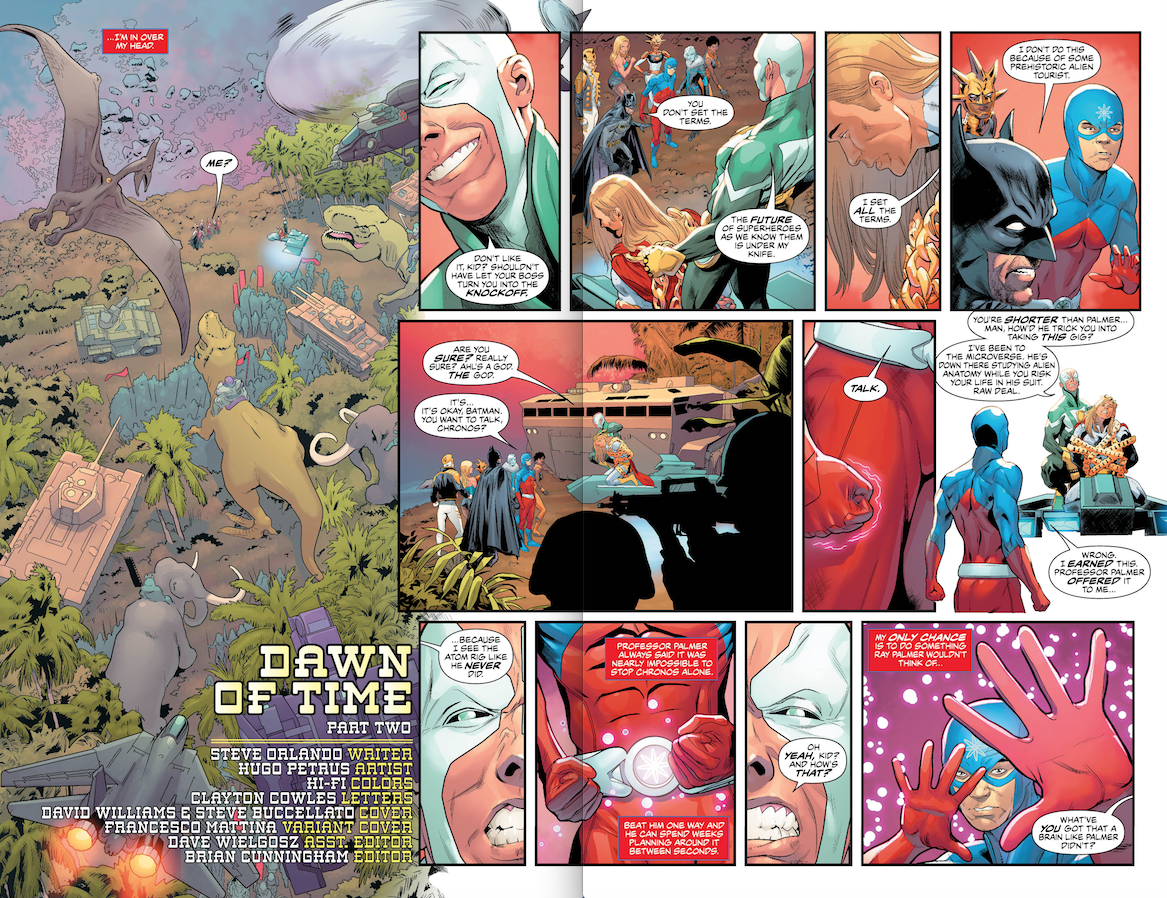 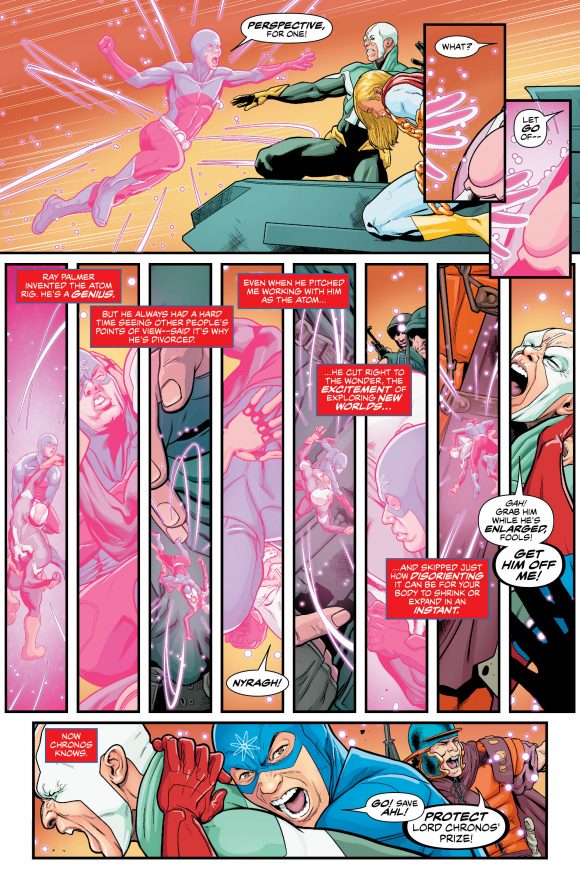 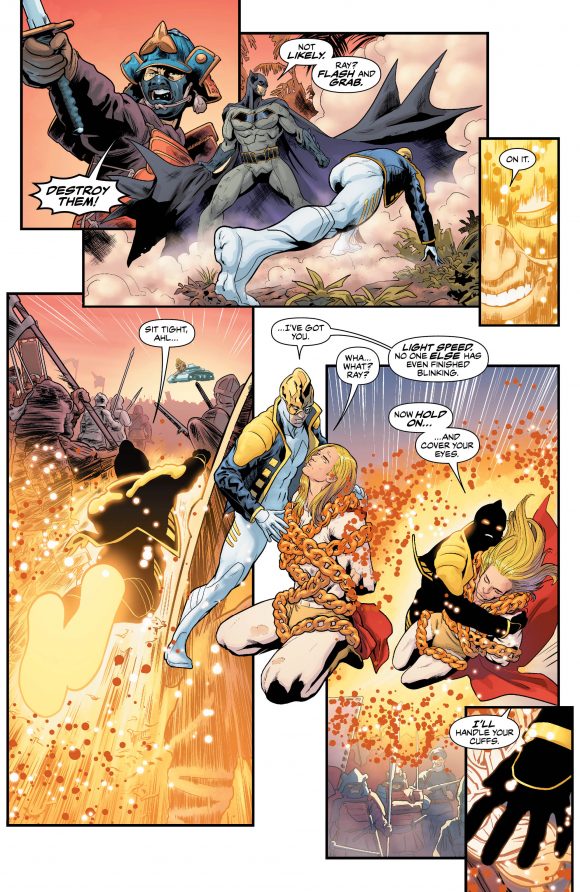