PLUS! Writer Kel Symons discusses the origins and influences of the book.

Writer/filmmaker Kel Symons has a couple of fan-favorite titles from Image under his belt — I Love Trouble and The Mercenary Sea — and the first issue of his new comic, Reyn, is out now. Issue #2 is due out 2/18. We talk all about it in this MIGHTY Q&A, complete with EXCLUSIVE art by his collaborator, Nathan Stockman: 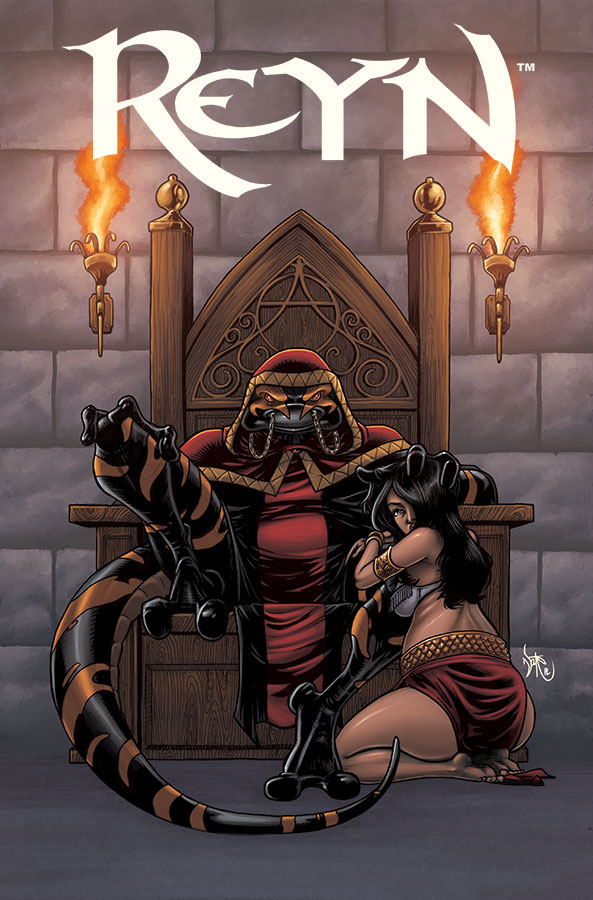 Kel Symons: I don’t know that the origin is all that secret. It comes from growing up playing D&D and reading sci-fi and fantasy. I recently (last few years) read Conan for the first time. At first, I was surprised at how timeless the writing was — written in the 1930s, this world seems to have been crafted in the modern era. I was also expecting very pulpy one-cent-a-word style writing, but what I got was Howard’s fluid and evocative style, which helped create an immersive reading environment. Very transportive.

It certainly set my mind to wanting to craft a wandering swordsman tale. Nothing seems quite adventurous than characters off exploring the wilds of some fantastic realm. Nate and I wanted to work together on something, and Reyn emerged from our discussion. 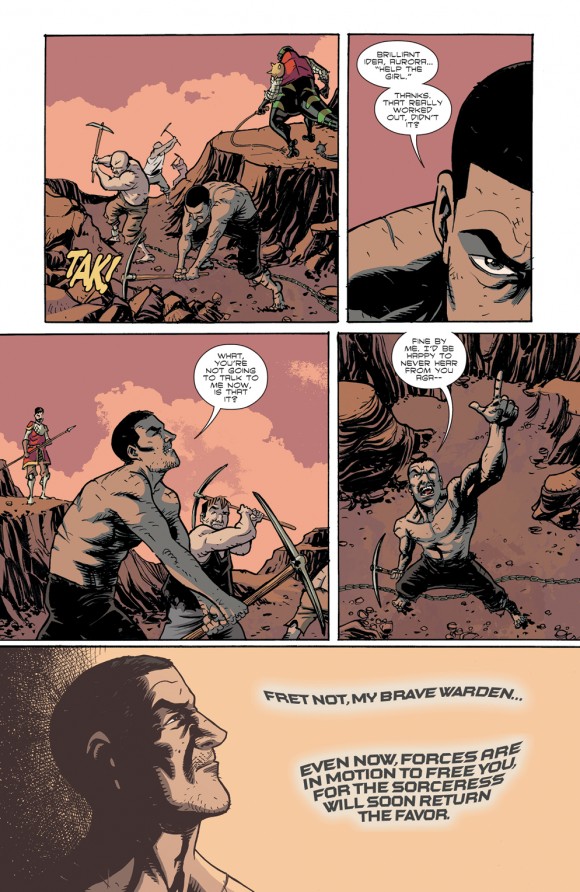 You’ve worked in a few different comics genres now. How do you approach each?

I don’t think there’s a difference in my approach. Writing is writing. The format and mediums may change, but storytelling is still about creating an intricate world and populating it with realistic personalities who do interesting things. I happen to enjoy the sci-fi, fantasy, horror and adventure genres more than say dramas or romantic-comedy. So I’m going to work to create something I’d want to see or read, and it tends to be one of them. 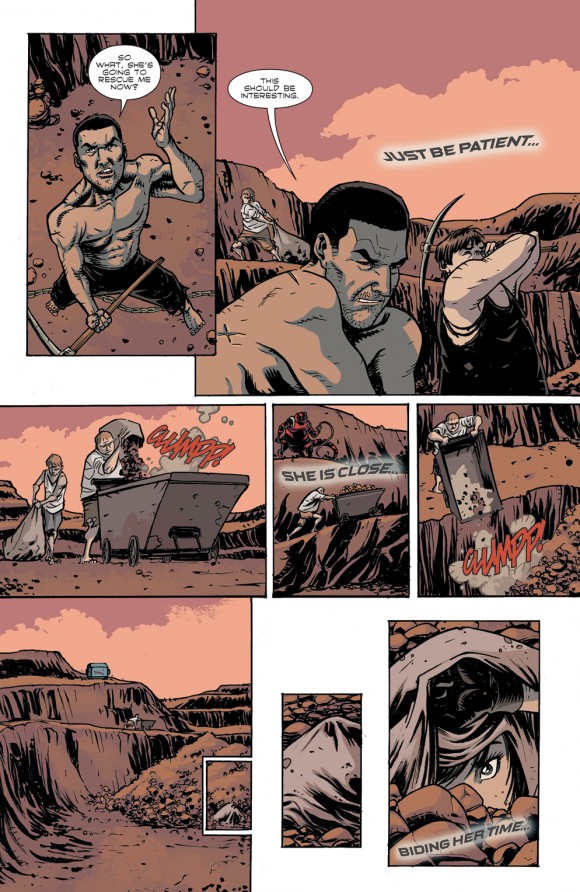 What are some of your own favorite sword-and-sorcery tales?

Conan I mentioned. I liked The Hobbit as a kid — read that one multiple times. I remember reading the original Dragonlance Chronicles that were set in the D&D world. I was a big fan of Arthurian legend, and tales from Greek and Norse mythology. I was probably more into sci-fi than swords-and-sorcery though, as far as what I’d read. Robert Heinlein and William Gibson were favorites. Harlan Ellison and Stephen King, too. 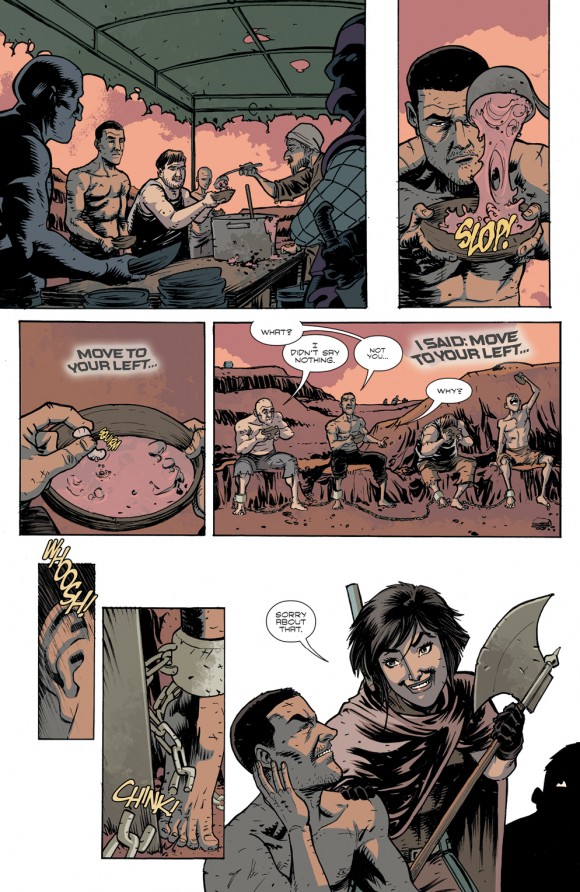 Tell me about building this world. What were some of your inspirations for these characters and their environs?

One of the ways Nate and I wanted to distinguish this world from other fantasy stories was to give it a twist on the errant knight story. Reyn may come from this legendary cadre of chivalrous knights and do-gooders, but he’s not really the white hat-type. That’s not to say he doesn’t have a moral compass, it just wavers from true north occasionally. I took a lot of inspiration for him from the Man With No Name from the Dollars trilogy. A protagonist that you’re not quite certain is the “hero.” Reyn does what he does not because of some calling but because he’s haunted by voices and visions — he hopes that if he saves enough damsels or defeats enough monsters, they’ll go away and leave him alone.

The world is definitely a medieval-style setting, straight out of the Dark Ages or the Dungeon Master’s Guide. But in keeping with what I talked about, there’s a Western frontier feel to it, as well. Until that giant spider attacks the farm in the opening pages of Issue 1, you might be in the plains Shane used to ride. 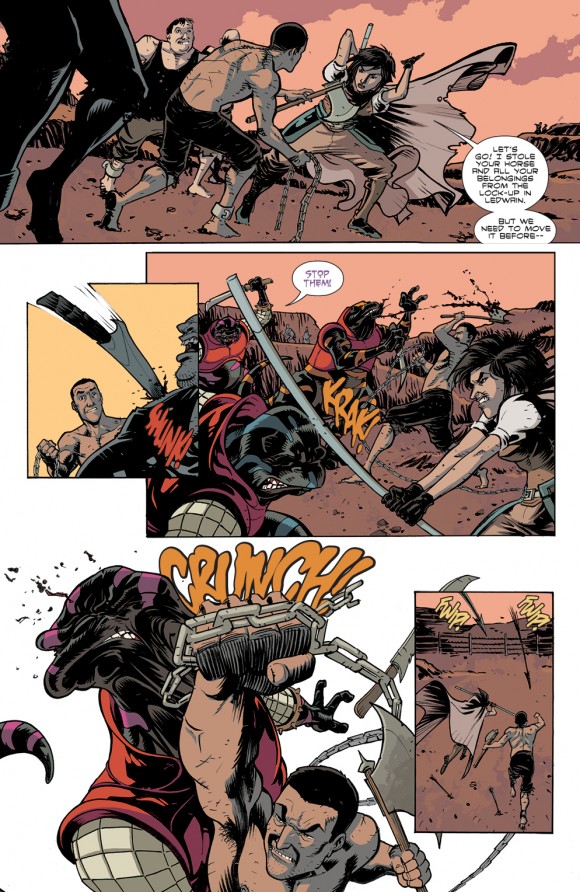 What other projects are you working on right now, whether comics or film?

Mathew Reynolds and I are continuing with my other Image series, The Mercenary Sea. We pulled back from trying to do a monthly because of production delays, but expect to pick back up later this year with the continuing story. I’ve written some film projects: a horror film for Universal and something for Disney I recently turned in — a live-action remake of one of their classic animated films. Got a few other film projects that are in the works. Last year I worked on Telltale Games‘ Game of Thrones video game for HBO — I was fortunate to work with a number of talented writers and designers on that. I’m not entirely certain which of my contributions make it to the final game, but I’m eager to find out — that’s coming out episode by episode every couple of months this year. 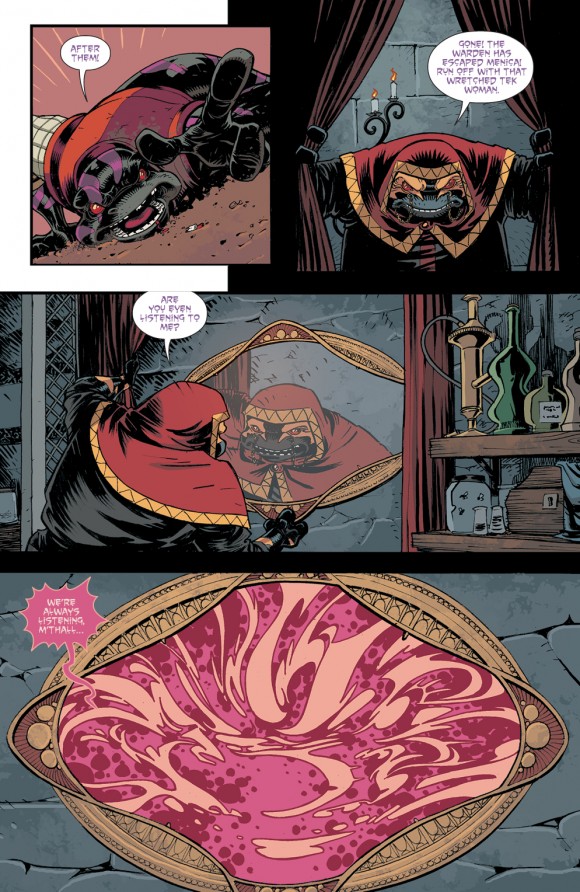 Without giving too much away, what can readers of Reyn expect coming up?

Nate and I felt it was important to establish our world of Fate in the first couple books — lay the groundwork for this setting. But in Issue 3 things will start to change, the curtain pulled back on some new facets to the story and world, so that by Issue 4 and 5 the ground beneath our reader’s feet will shift dramatically. At least we hope so.