Detective Comics #25 comes out Wednesday and it’s the first issue of the massive Zero Year crossover that takes over the Batman books — and many others — this month. The conceit: Here’s what happened to various characters during Gotham’s Zero Year — for you newbies that means what went on during Batman’s first year. (The Dark Knight’s own story has been playing out in the main Batman title.)

For Detective Comics, that means a singular focus on Gotham’s other greatest investigator: Jim Gordon.

I love Jim Gordon. I can’t wait for the Fox show next year. It’s long overdue. Unfortunately, Detective writer John Layman couldn’t talk about that. But he did answer several other questions, and they accompany these EXCLUSIVE preview pages from DC Comics: 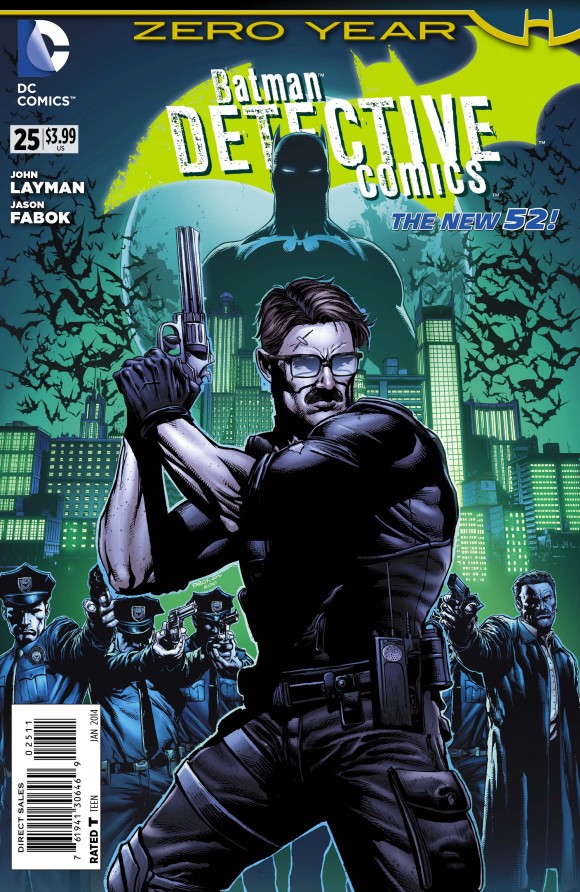 What’s the basic gist of the story? How does it fit into the larger Zero Year story?

Detective #25 follows a determined, honest cop James Gordon, in a Gotham pre-Batman, and trying to deal with crime in Gotham, and corruption within the GCPD. It takes place during a terrible storm, where the lights are out, and both Batman and the people who will go on to be Batman’s inner circle have different challenges they have to deal with, in a pre-Batman landscape we have not seen before. 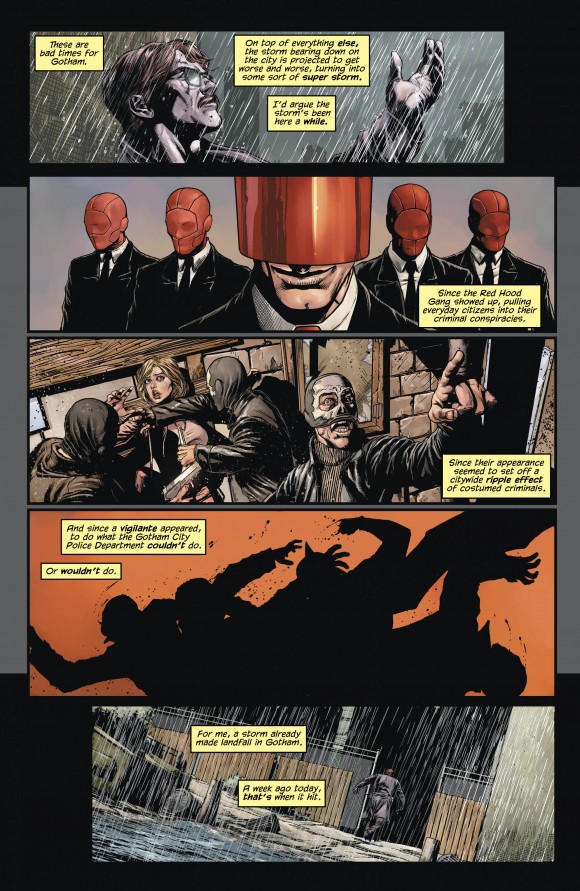 How much are we going to see of Gordon’s backstory? Will there be any elements of his family life? His wife, James Jr., Barbara?

It’s mostly Gordon on the job. The things that shaped as a cop for the days to come, when he is in charge of the cops on the GCPD. 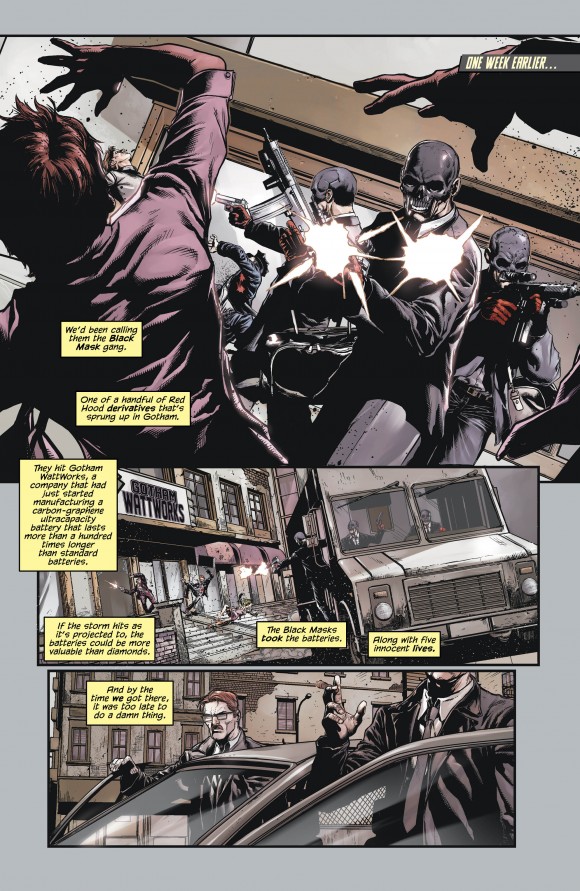 Tell me your thoughts about Gordon as a character. How is your take different from what we’ve seen in say, Year One, or other iterations?

Like Batman, he’s very focused, and he wants justice, even if he makes enemies along the way. I think this is the James Gordon we’ve seen before… just a few new dimensions added to him. 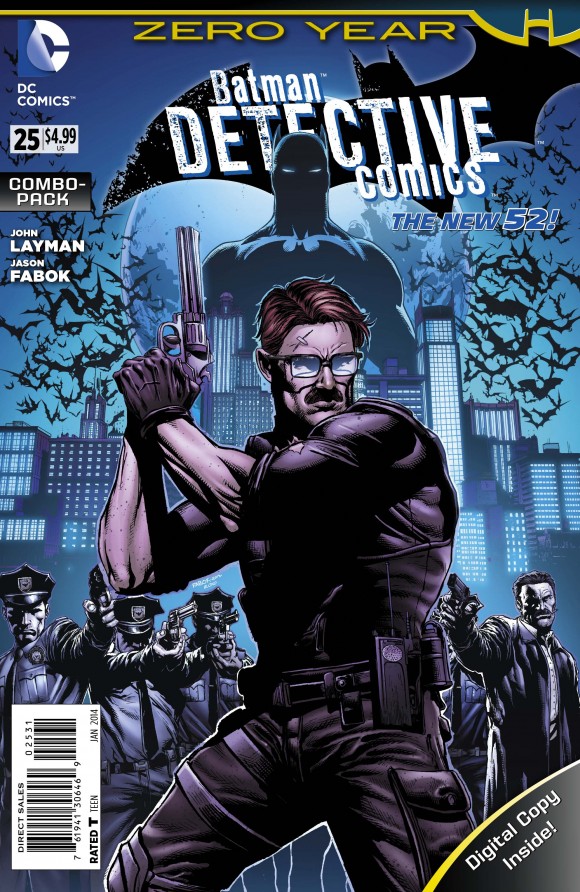 Was it your idea to use Gordon specifically? How did this specific story emerge?

Well, a potential problem with writing Detective, a Batman-centric book, is that he also is the star of other books, in this case Scott Synder’s self-titled Batman book. There is a specific story being told there, and we’re trying to compliment it in books spinning out of it. In this case, Batman was off the table, so I chose another character that would be best to tell a Detective-type story in a pre-Batman world. 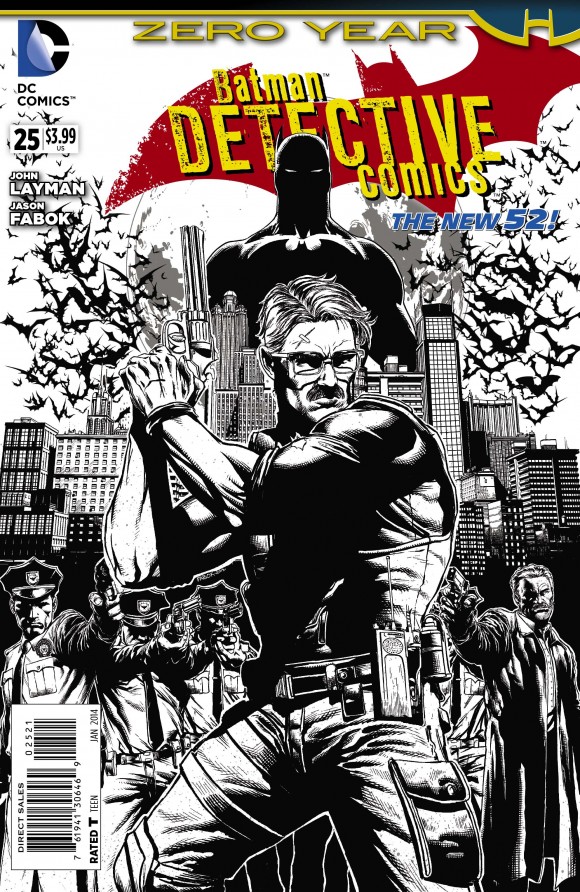 Are you laying groundwork for stories down the line, or is this more or less a contained piece that fills in some of the blanks for New 52 Gordon?

It’s largely self-contained, but it should add some new dimension to Gordon, and readers will get a better idea why Gordon and Batman work so well together — when they eventually meet and choose to work together. 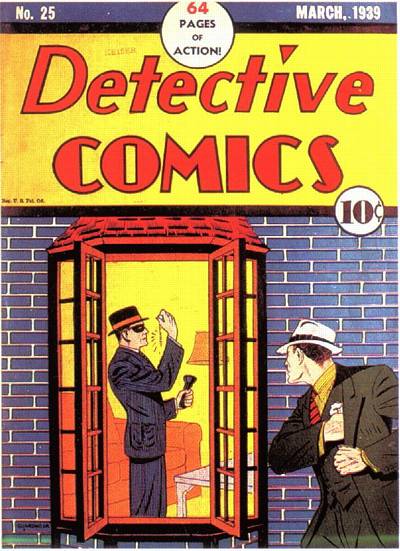 For the hell of it: The original Detective Comics #25, cover dated March 1939 — two issues before you-know-what.