…but at least Captain Marvel has allies in her battle against Nuclear Man.

Oh, and she also has a big hit movie on her hands!

Dig this EXCLUSIVE PREVIEW of Captain Marvel #3 — brought to you by Kelly Thompson, Carmen Carnero, Tamra Bonvillain and the rest of the Marvel warriors. 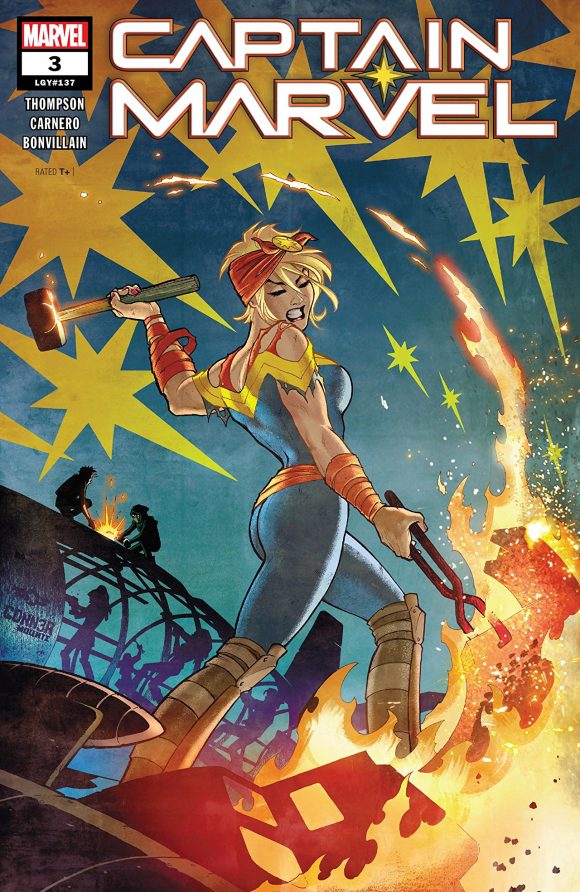 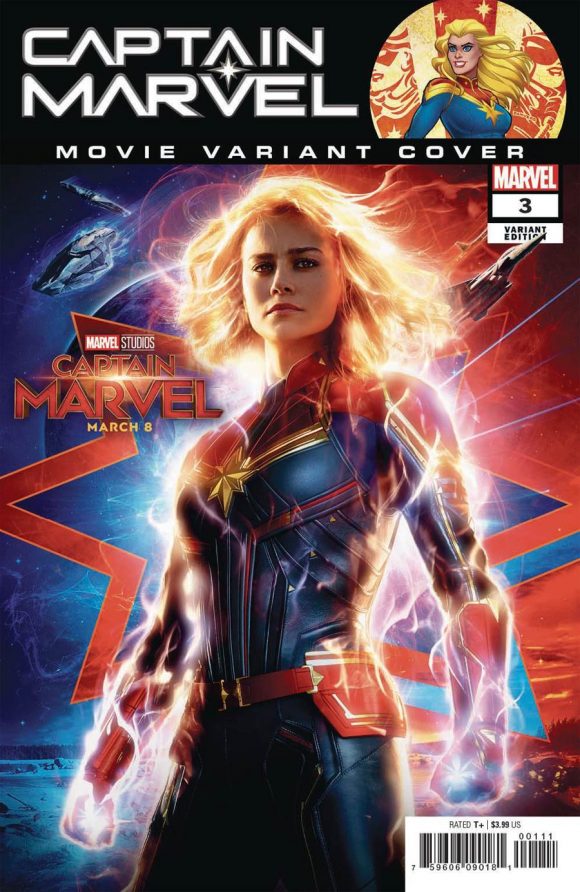 Told you she has a big hit movie on her hands. 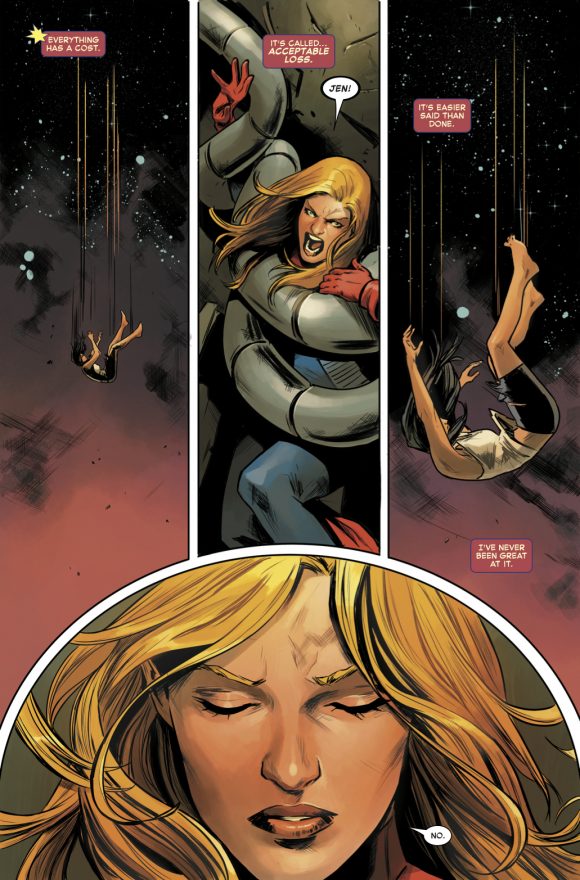 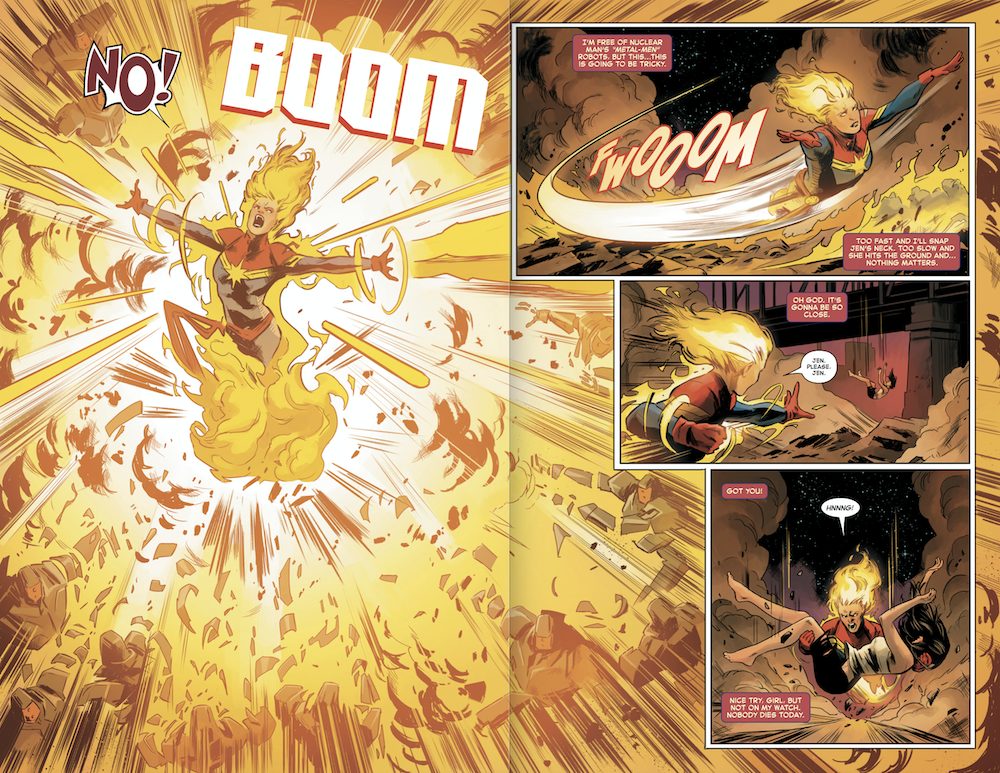 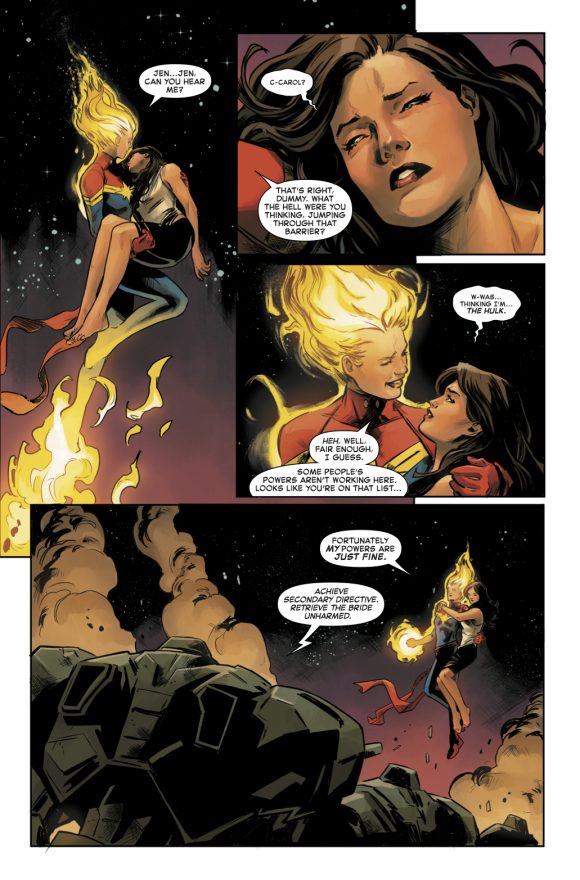 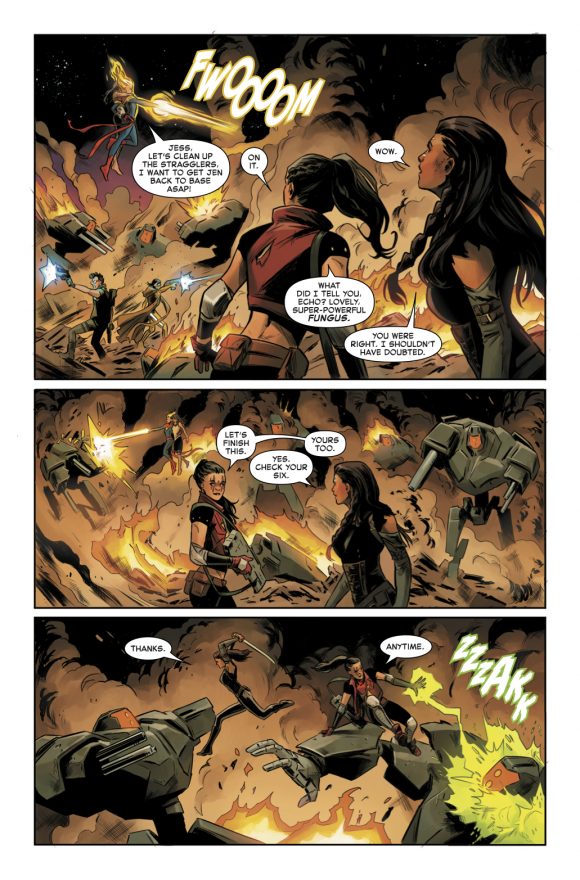 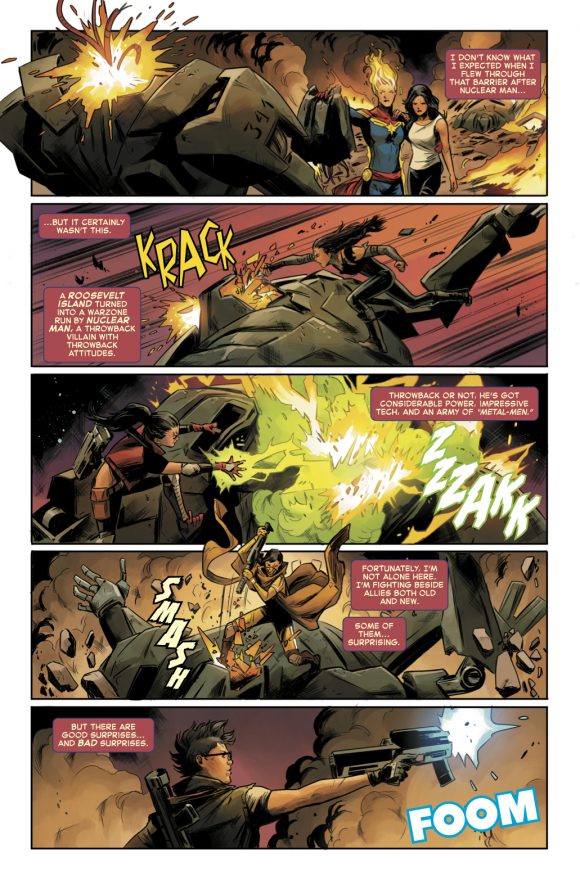