Where else can you get new Lumberjanes, Giant Days, Munchkin (and lots more) in one place?—

Boom! Box 2015 Mix Tape #1 is out 12/16 and it features a whole bunch of new, short stories from the company’s funky imprint. Here’s the official lowdown, from Boom!:

Price: $9.99
What’s to Love: If you’re loving the comics being released under the BOOM! Box imprint, delve into a world of more of the same stories! From the wacky to the touching, you’ll never know what you’re going to get. Here’s a hint: brand-new Lumberjanes, Giant Days, Munchkin, Cyanide & Happiness, and Power Up stories!
What It Is: We reached out to a bunch of our favorite creators with one mission in mind: to bring original, unconventional characters and stories to life. The Mix Tape is an eclectic collection of stories based on characters that are anything but your average lot. Narwhal Janitors and Urban Cowboys are just the tip of these stories that are best described as “off the beaten track.” 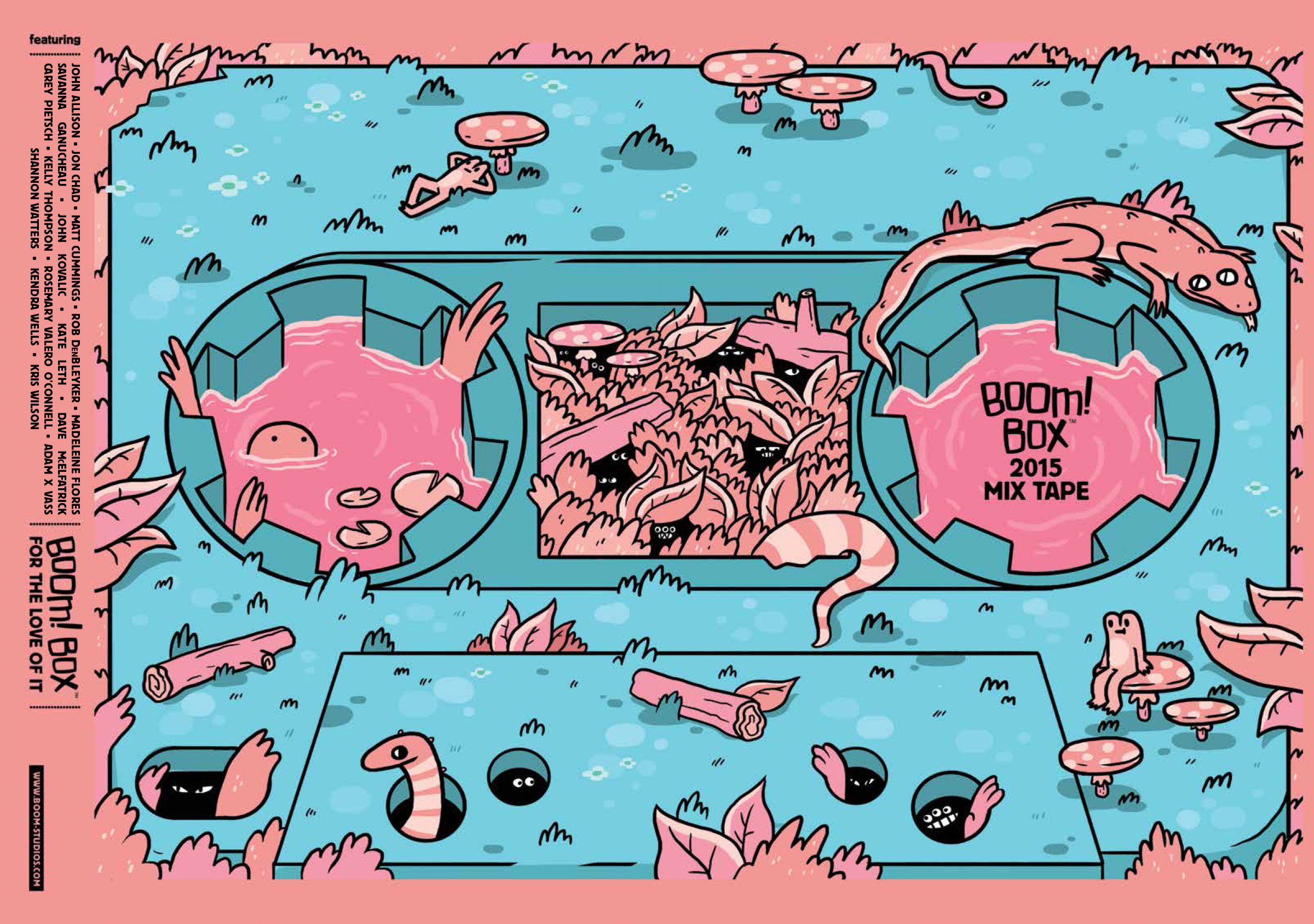 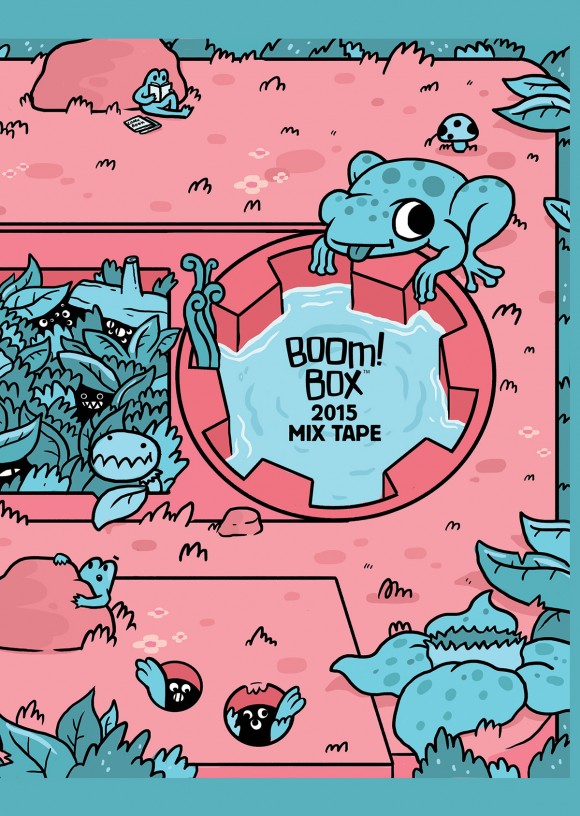 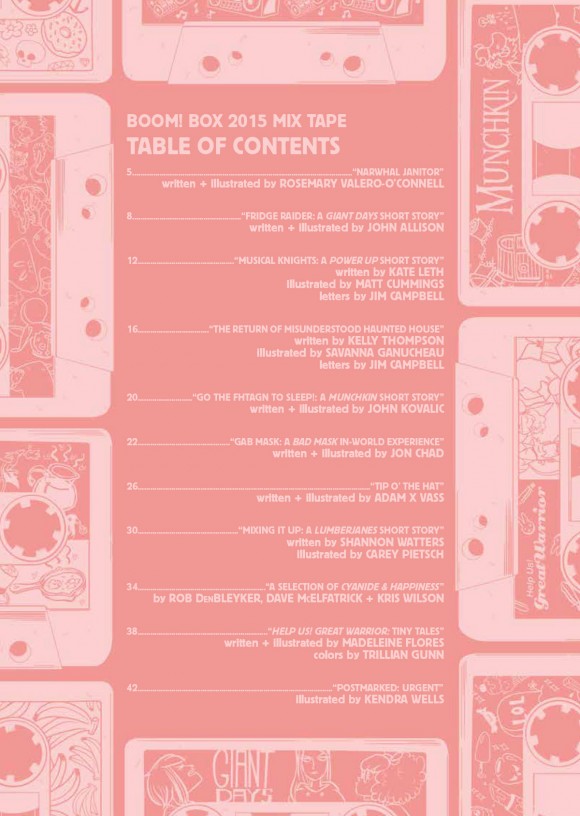 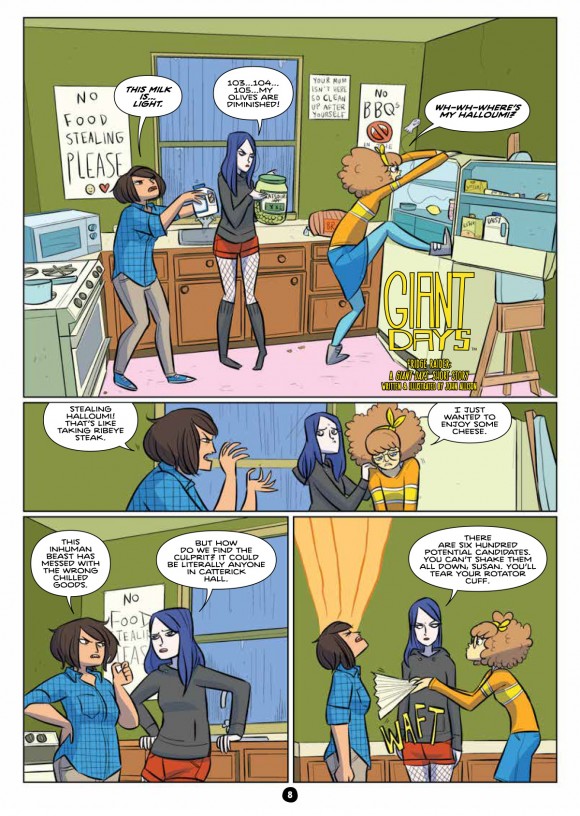 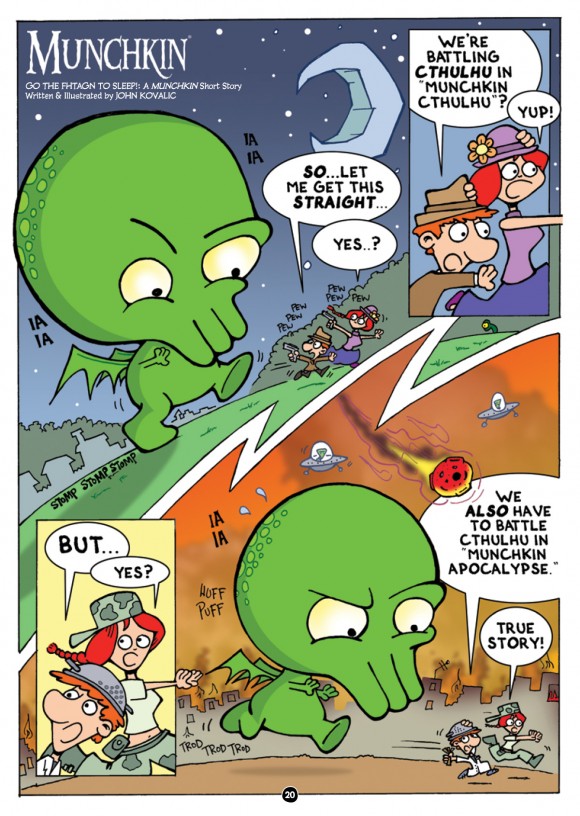 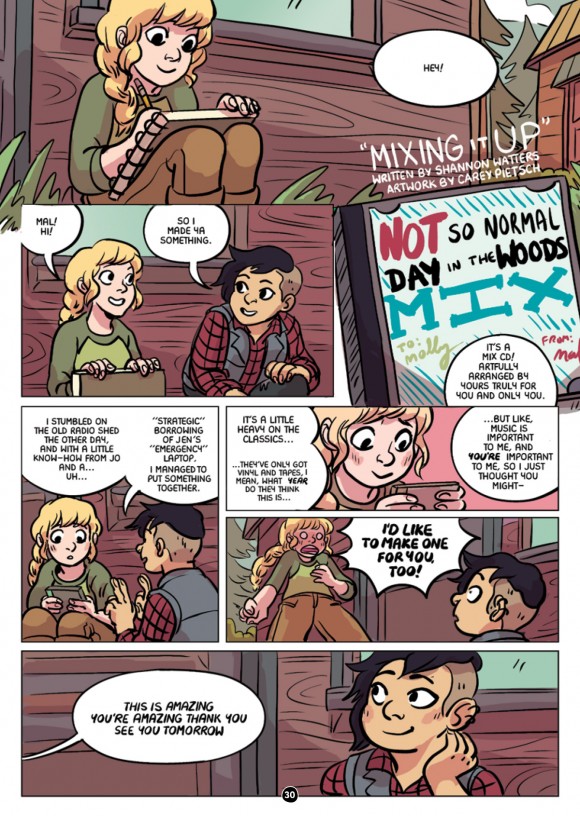 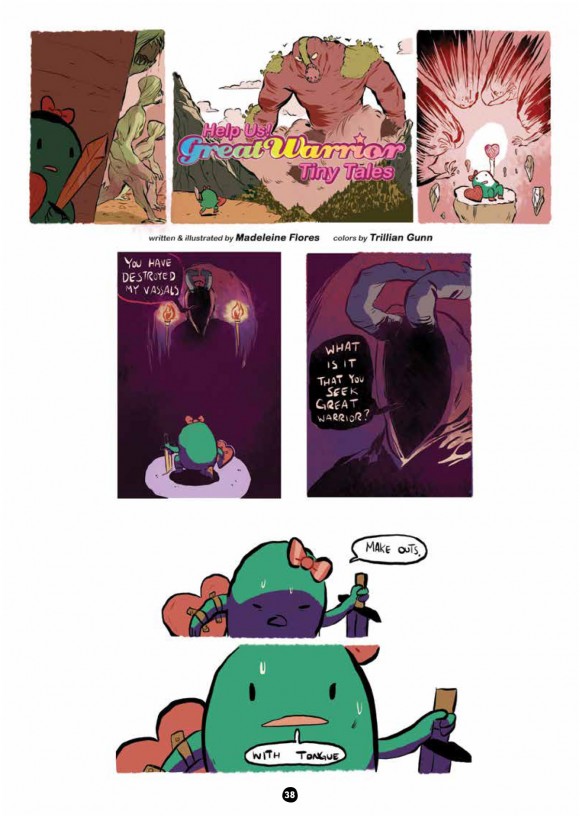 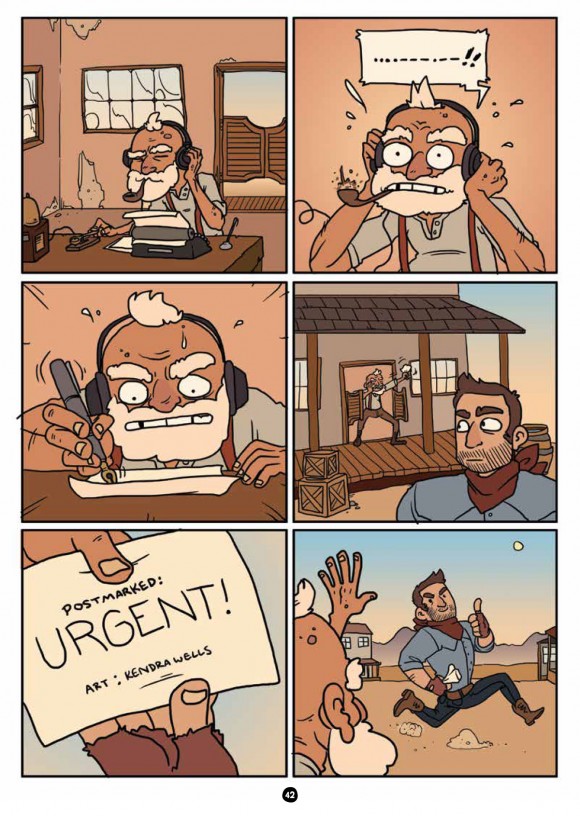