Batman #15 is a tribute to the nearly 80-year relationship between Batman and Catwoman and it includes a moment that stops you in your tracks: 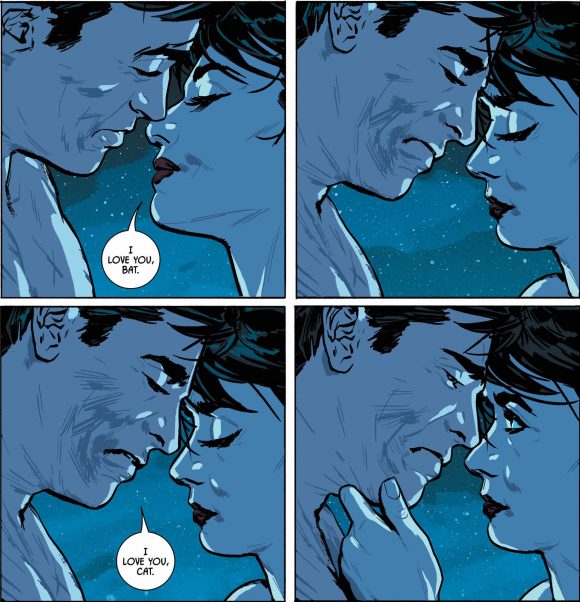 Bruce and Selina have been in love in the past and even married in various realities. But I’ve never seen a scene this stark between them, a scene this personal.

It’s the intimacy. There’s so much weight when each of them says “I love you” to the other that this feels unprecedented. I’m sure someone can pull a panel from some back issue in which one declares their love for the other, but this scene stands out as something special and new. It’s intense like real, adult love is intense.

I look forward to reading the rest.

Anyway, to bring you up to speed, the two went out on a date (in a fashion) last issue. Now comes the denouement after the climax — written by series regular Tom King (giving a wink to Bill Finger and Frank Miller) with some seriously spectacular art by guest Mitch Gerads, by way of Bob Kane, Jerry Robinson and David Mazzucchelli. It’s out 1/18, from DC.

Just check out these pages: 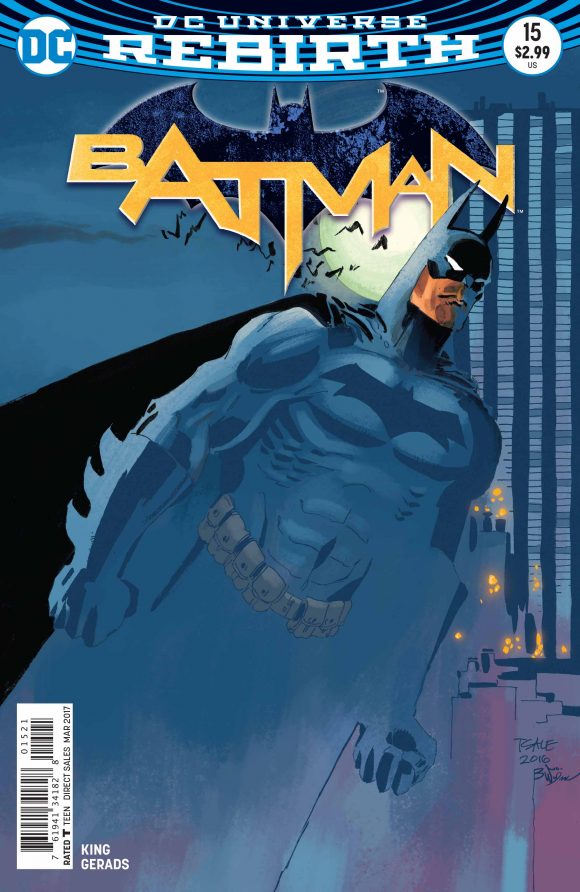 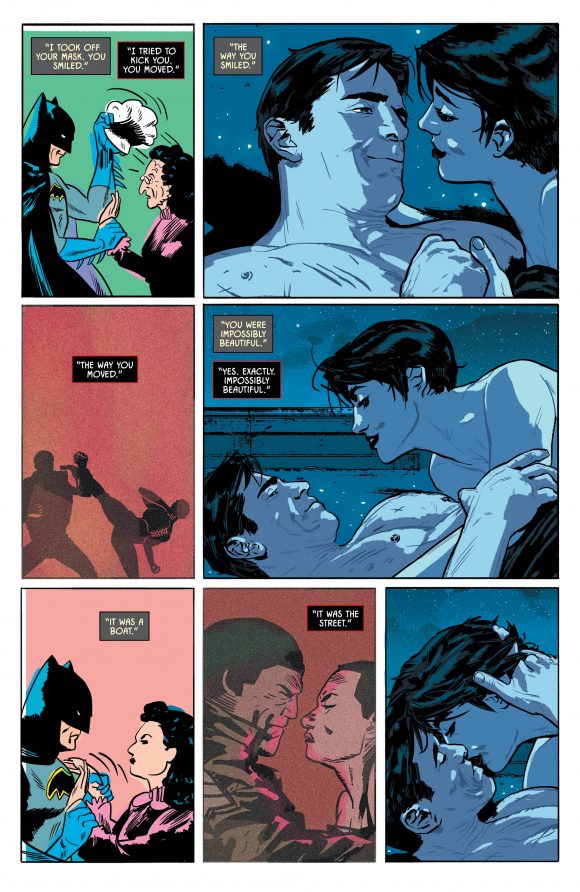 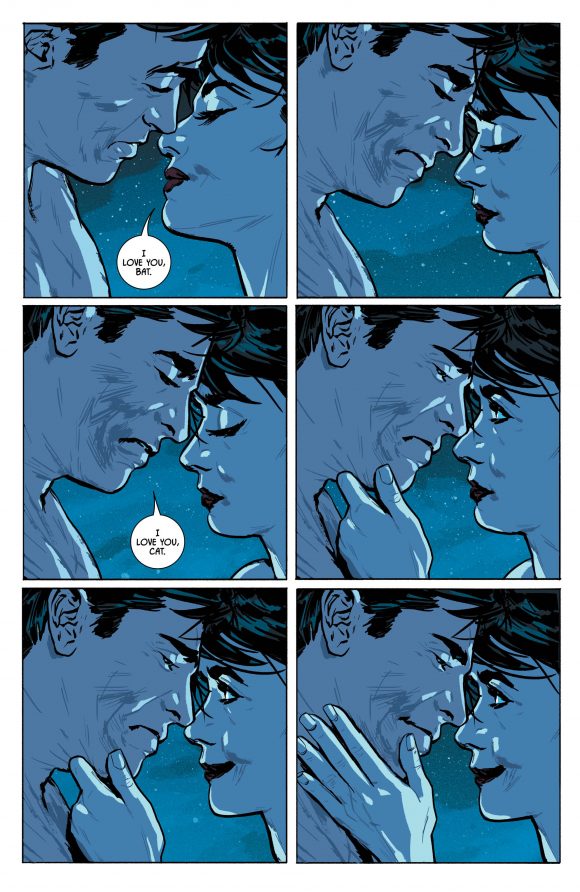 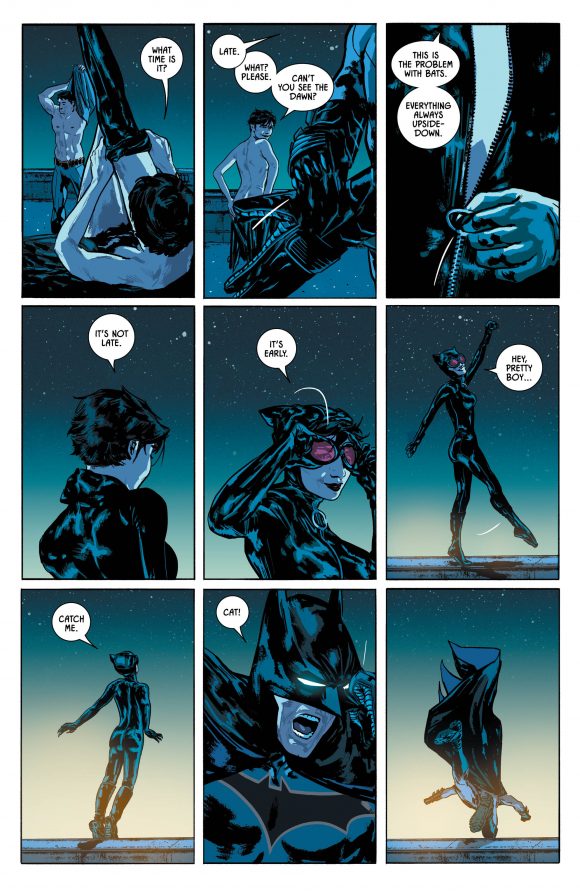 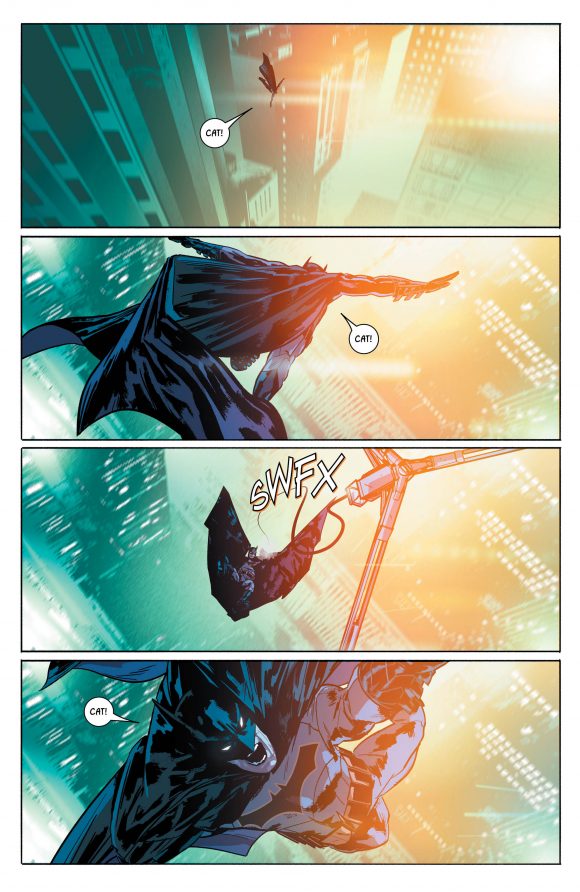