The writer’s latest foray into Fablewood moves from the Kickstarter realm to print this fall. PLUS! A Jenkins MIGHTY Q&A! 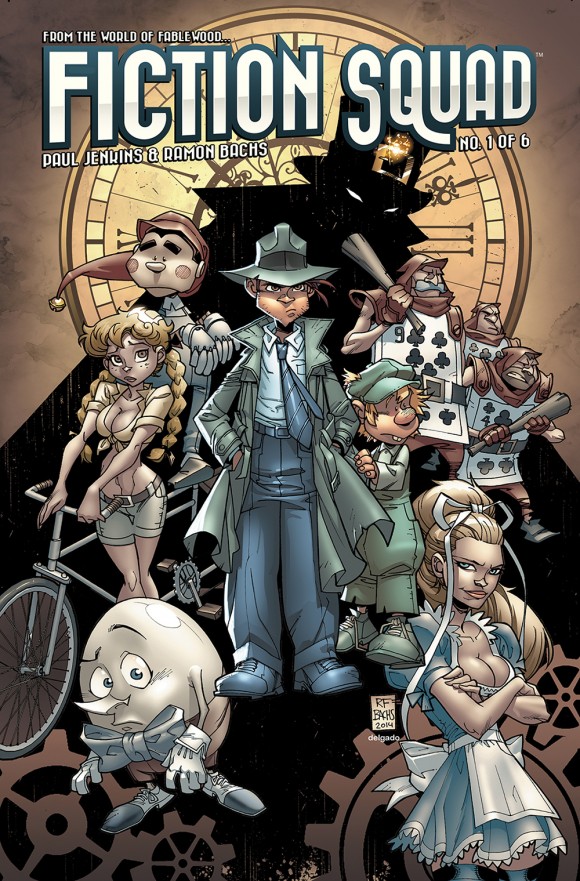 Paul Jenkins’ Fablewood is his version of the fairy-tales-with-modern-spin concept and Fiction Squad takes it to a new level, with a bunch of cops tasked with solving nursery-rhyme crimes, like the death of Humpty Dumpty. You don’t need much more explanation than that.

The folks at Boom! Studios tell us that it’s going to be released in six single issues monthly, starting with the first issue 10/1. Kickstarter backers who pledged accordingly will be receiving their single issues at the same time it’s released to the direct market, Boom! informs. They plan to collect all six issues into a softcover trade next year, whereas those who backed the Kickstarter will be getting exclusive hardcover editions.

So here’s not only some cool preview art by the underrated Ramon Bachs — and three different covers — here’s a MIGHTY Q&A with Jenkins himself: 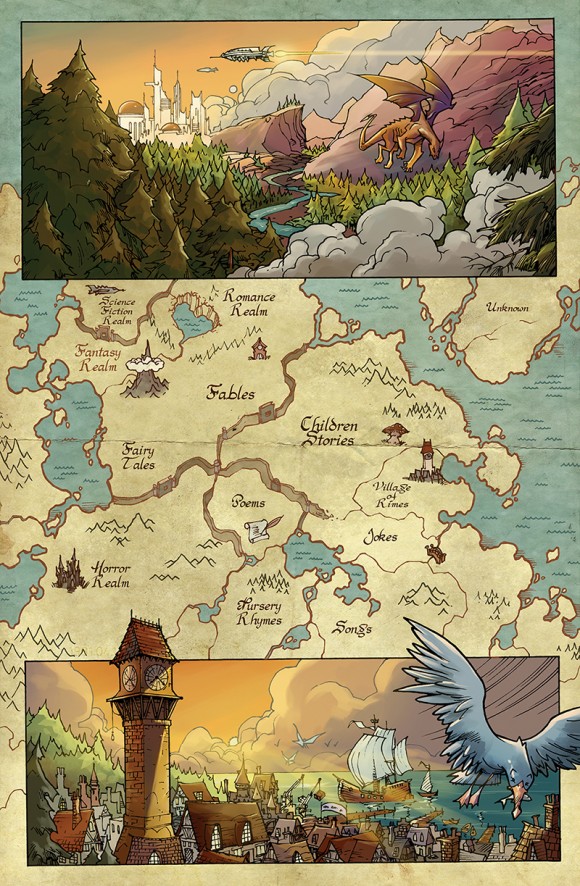 Dan Greenfield: For those who weren’t involved in the Kickstarter, what do fans need to know about this series? In other words, what’s the Secret Origin?

Fiction Squad is actually the original story that set up the entire world of Fablewood. The basic idea of Fablewood: It is a world where all of the stories that have ever been told live inside a giant forest.

Years ago, I thought of the Fablewood idea and started setting up the Fiction Squad story. At that time, Humberto Ramos and I had just done the Revelations book and we were gearing up for something new, which happened to be Fairy Quest. We realized Fairy Quest would be great if set in the world of Fablewood, so we decided to do that series first.

But Fiction Squad has always remained at the forefront of my thoughts. And I’m delighted that after a brief hiatus of about seven years we’re finally doing it! 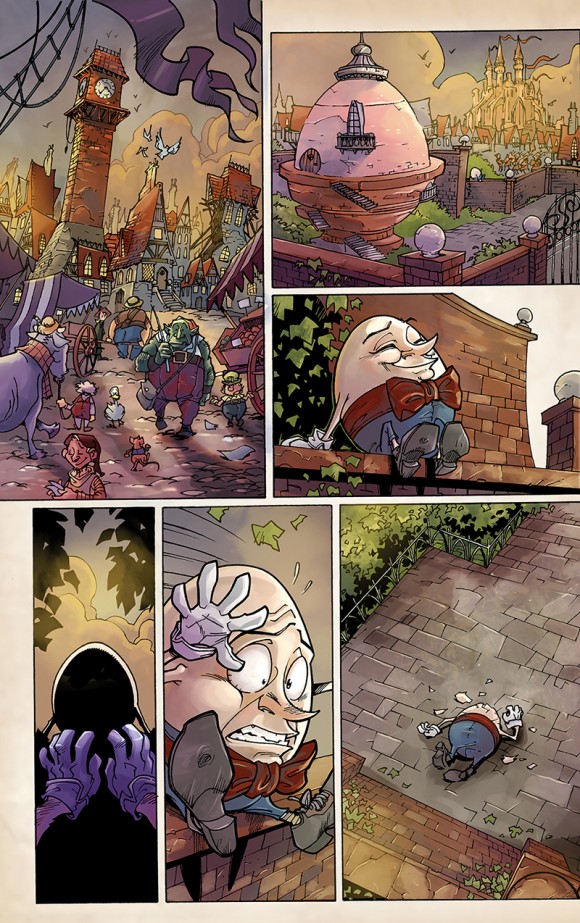 Is it a contained tale or can we expect more Fiction Squad down the line?

Well, the answer is “both.” This story has a beginning, middle and end. But of course, these characters would be amazing to work with for lots of other stories. So I think if this series proves to be popular we can consider doing some more stuff.

That being said, I have a lot of new Fablewood stories that I would like to write. So we shall see… 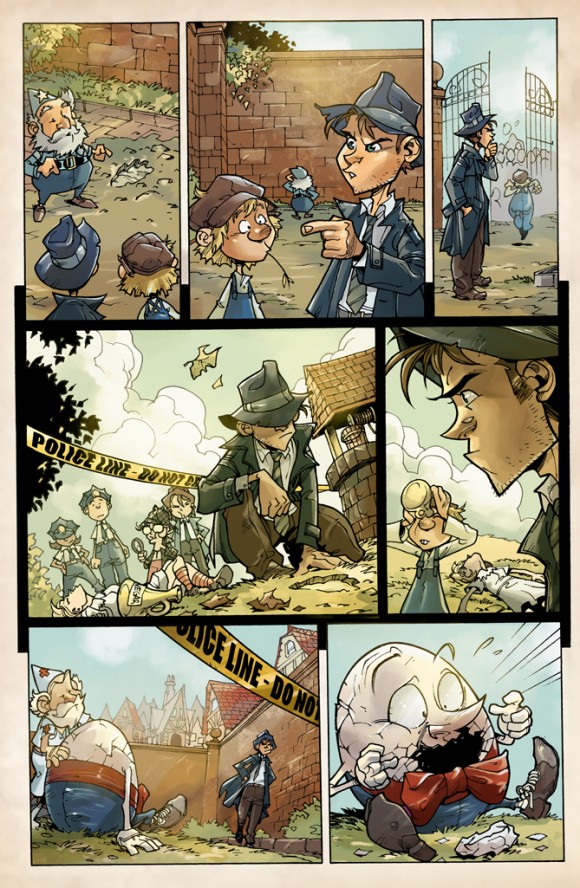 Putting a modern spin on nursery-rhyme characters has become very popular in comics, television and movies over the last 10 years. What are you bringing to your stories that will be fresh for readers? What makes Fiction Squad — and by extension, Fablewood — stand out?

Yeah, it’s funny, isn’t it? Actually, Humberto and I first created Fairy Quest just as this “new craze” was hitting. I think we might have been a bit too deliberate.

As with any story, it is about implementation. There are good modern-day fairy stories, and there are kinda uninteresting ones. Ours has a great spin in that the main character is a throwaway from another world. Also, I think the idea that all worlds cross over – so we can go to sci-fi and horror and so on – makes our world quite unique. 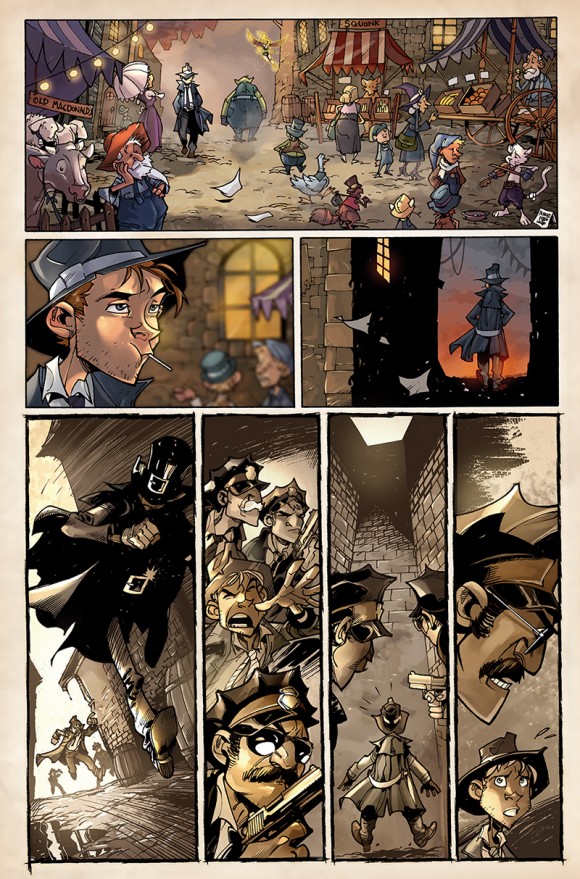 Tell us about your collaboration with Ramon Bachs, an artist I don’t think gets enough notice.

Ramon is by far one of my favorite artists to work with. I have loved our collaborations ever since our days at Marvel. He is amazingly versatile, incredibly prolific, and just the nicest person. We have had a lot of success together, so I will work with him any chance I get! 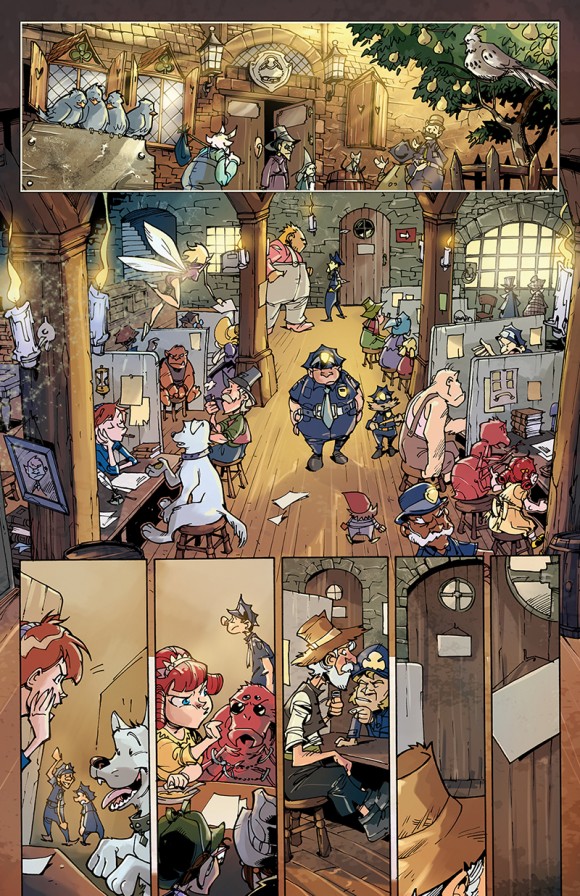 Without spoiling too much, which was your favorite character to write? Why?

You will love Simple Simon. Our main character, Frankie Mack, is handed Simple Simon – the world’s dumbest person – as his detective partner. Poor Simon. He is not exactly cut out to be a cop. But he does his best. It’s just that his best is, well… a problem. 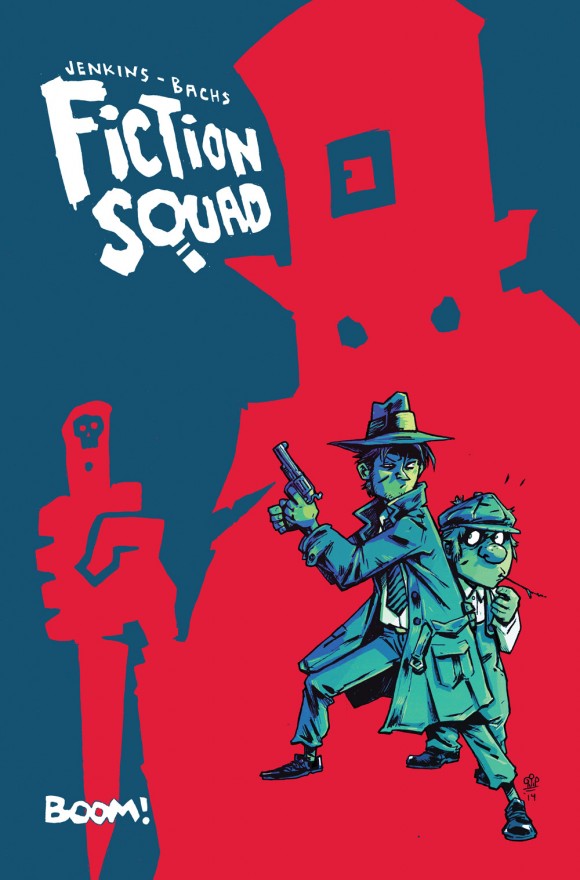 Lots more Fablewood. A new series with Boom! that will rock the Internet until it collapses. Just finished a screenplay. Shooting a film here in Georgia in October. Finishing my novel. A couple of other comic series in the works. What’s next for you? 🙂 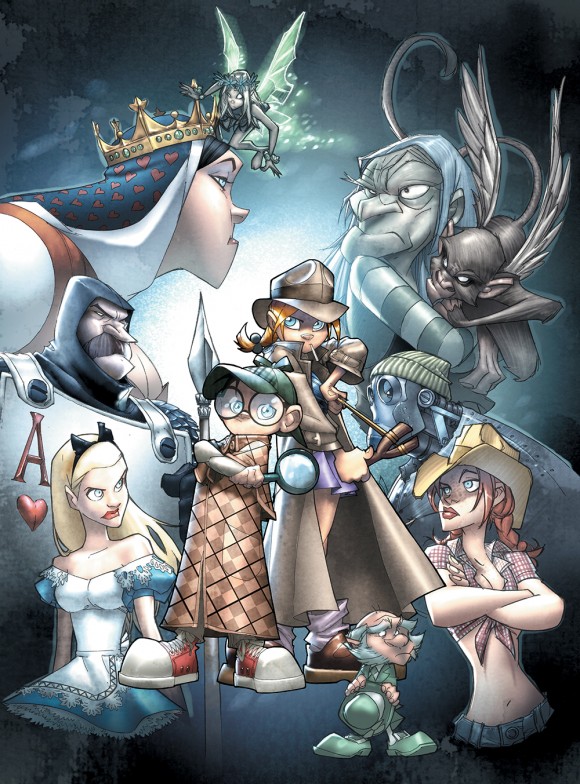