Jenny Finn, one of the modern master’s earliest projects, returns in deadly color …

BONUS: For a special video interview with Mike Mignola on Hellboy, painting and the push and pull of creativity, click here.

Mike Mignola’s yearlong sabbatical to paint is over and he’s got more comics art coming your way, with a new cover for a hardcover collection of Jenny Finn, his black-and-white project from the ’90s that is being published in color for the first time starting this fall.

Jenny Finn was a miniseries by Mignola and Troy Nixey begun by Oni Press in 1999 and completed and collected years later by Boom! Studios. It was written by Mignola and Nixey, with Nixey art, plus an issue illustrated by Farel Dalrymple.

Now, Dark Horse is taking it from the top, republishing it in issues with colors by nine-time Eisner Award-winner Dave Stewart, then collecting it in June 2018.

Here’s your EXCLUSIVE FIRST LOOK at Mignola’s cover for the first-ever hardcover edition: 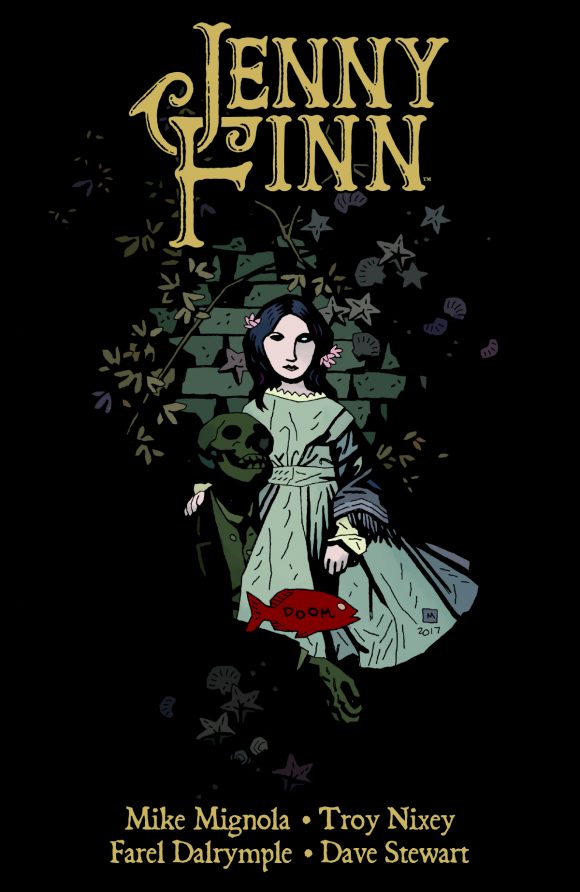 Before then, however, Jenny Finn #1 comes out in November, followed by monthly installments through February. Here’s Dark Horse’s description:

London’s dockside is threatened by the twin terrors of a plague that leaves bodies covered in tentacles and a slasher killing women in the night, all of which began after the arrival of a strange young girl who is followed by whispers of doom wherever she goes. 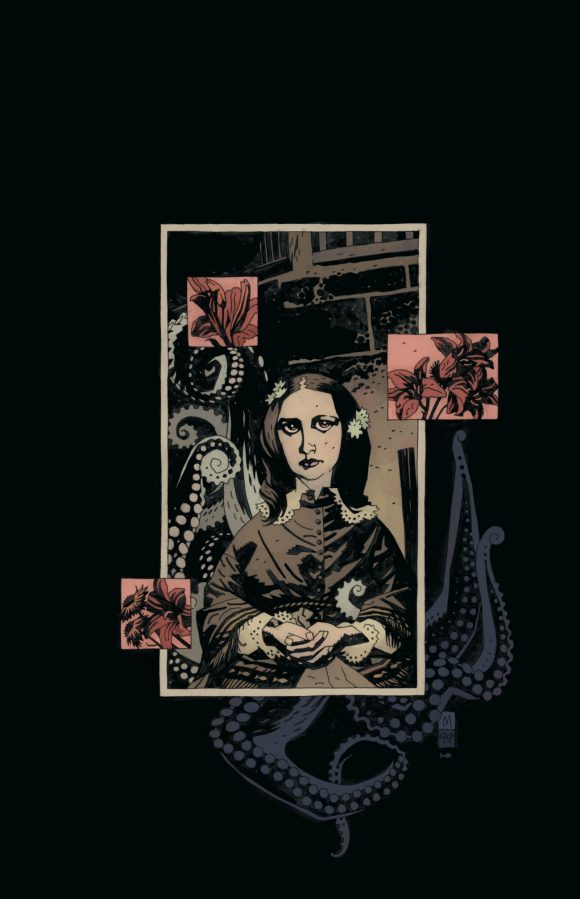 BONUS: For a special video interview with Mike Mignola on Hellboy, painting and the push and pull of creativity, click here.