In conjunction with IDW, we’re publishing installments of Batman daily and Sunday newspaper strips not printed since the 1960s! 13 days of vintage Dynamic Duo!

A year ago, we brought you the first look at the first volume of Batman: The Silver Age Newspaper Comics, which IDW Publishing is reprinting with DC Comics and the Library of American Comics. 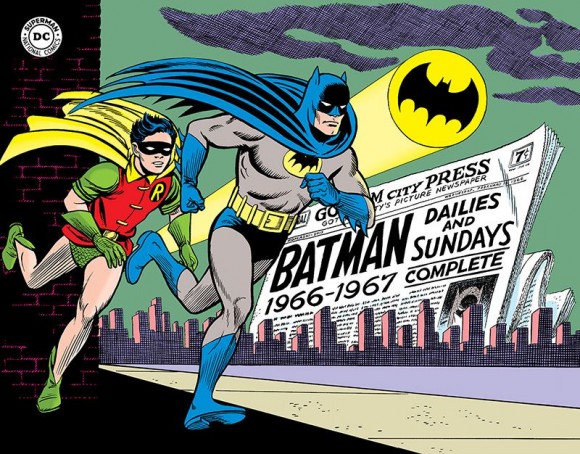 Now, the second volume is upon us (see cover below) out 1/21, and this time we’re doing something a little special here at 13th Dimension: A BATMAN A DAY, for 13 days! That’s right, every day, starting 1/19 we’ll be publishing in consecutive order a Batman strip from the book, including a full-color Sunday piece. 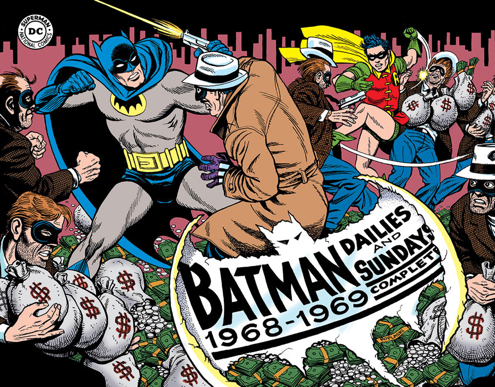 The strips are classic Silver Age — zippy and zappy and taking clear inspiration from the Batman ’66 TV series. (So if you dig that — as well as the current Batman ’66 comic book — you’ll dig this!) Price? Lists for about $50.

(Oh, and we did A DITKO A DAY last month with IDW and the Yoe Books cats, dontcha know, so go check that out if you like!)

Again, this is stuff that hasn’t been seen since the late ’60s, so check us out every day and at the end of the 13 days, we’ll have a nice surprise for you!

You can also bookmark this announcement, because we’re going to update it with links to each strip as we go along:

HOLY NEWSPRINT BATMAN, IT’S BACK TO THE FUTURE!