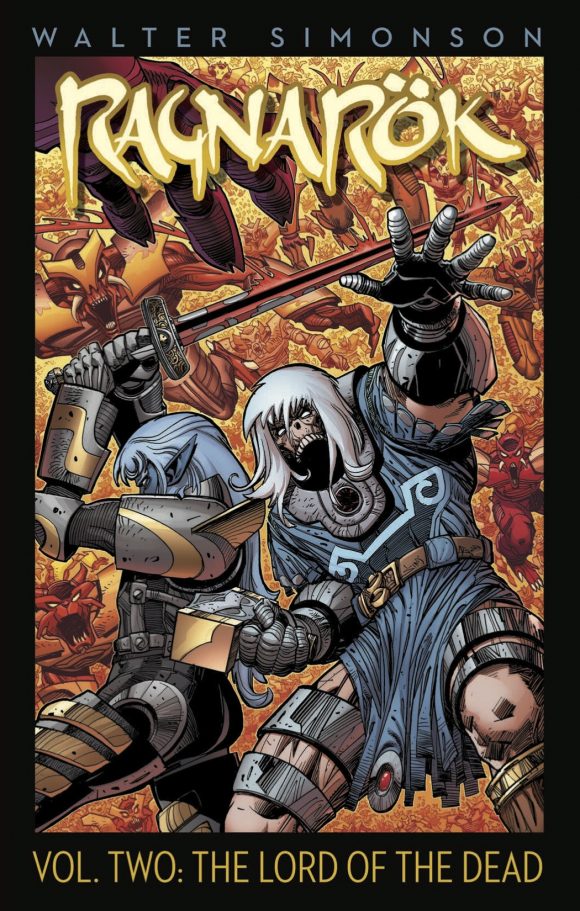 Ragnarok, Vol. 2: The Lord of the Dead

Ragnarök, the doom of the gods, has finally occurred. But the long-held belief that evil would be destroyed along with the gods in that final conflagration proved false. Only the gods died. The Nine Worlds collapsed and became the Dusk Lands, a vast twilight realm inhabited by men, trolls, demons, and shattered kingdoms, under the tyranny of the Great Enemies. After hundreds of years, a single god emerged into the post-Ragnarök world, Thor, the God of Thunder. But Angantyr, the Lord of the Dead, has discovered his reappearance, and unleashes his draugar, the undead walkers, against the Thunder God, seeking to destroy the last vestige of the former worlds, and the only hope for the present one. Collects issues #7–12.

But here’s something just as cool — an EXCLUSIVE look at the Art Gallery in the back of the edition, featuring the single-issue covers sans trade dress and, even more compelling, some of Simonson’s character designs and sketches: 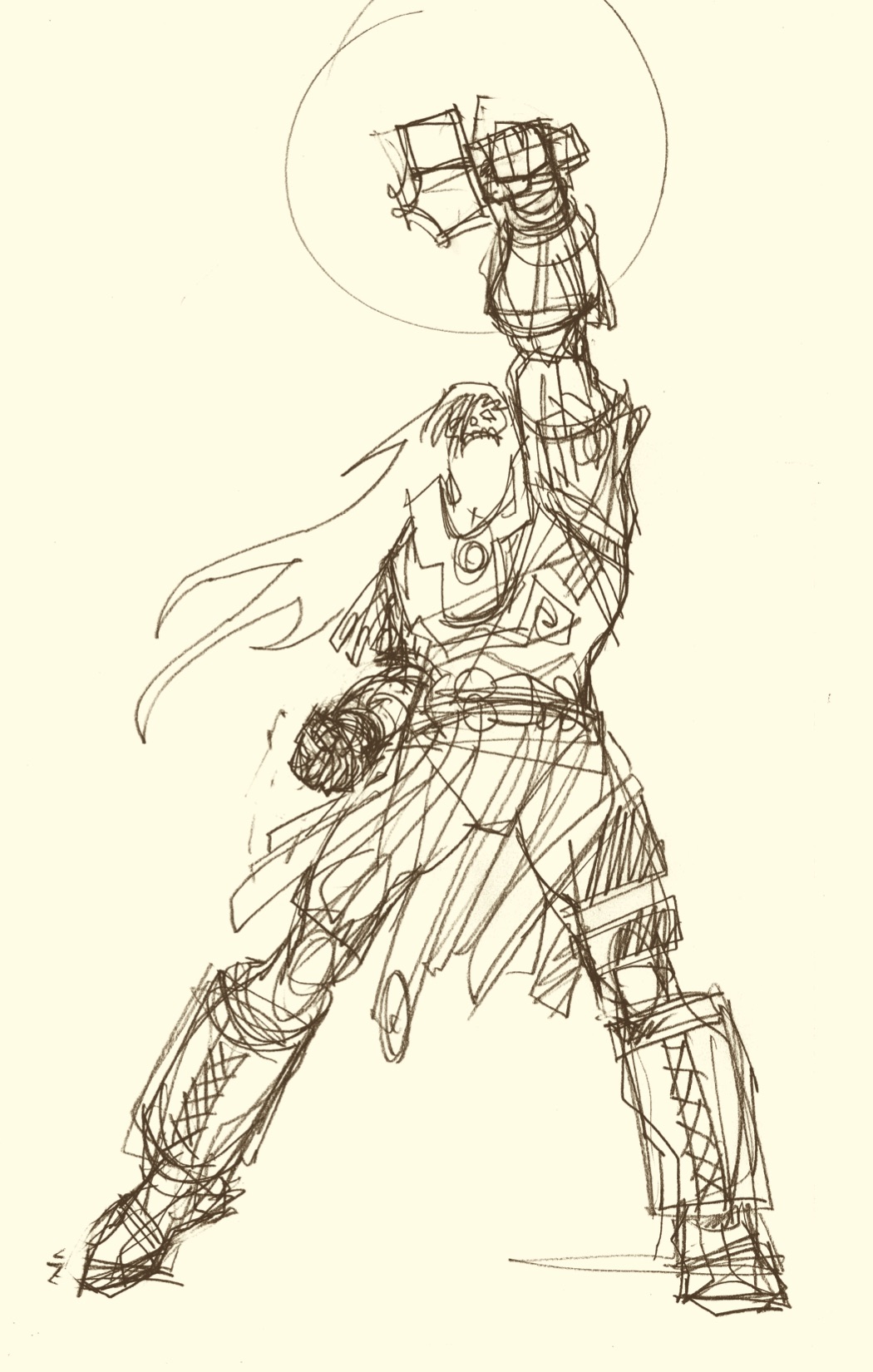 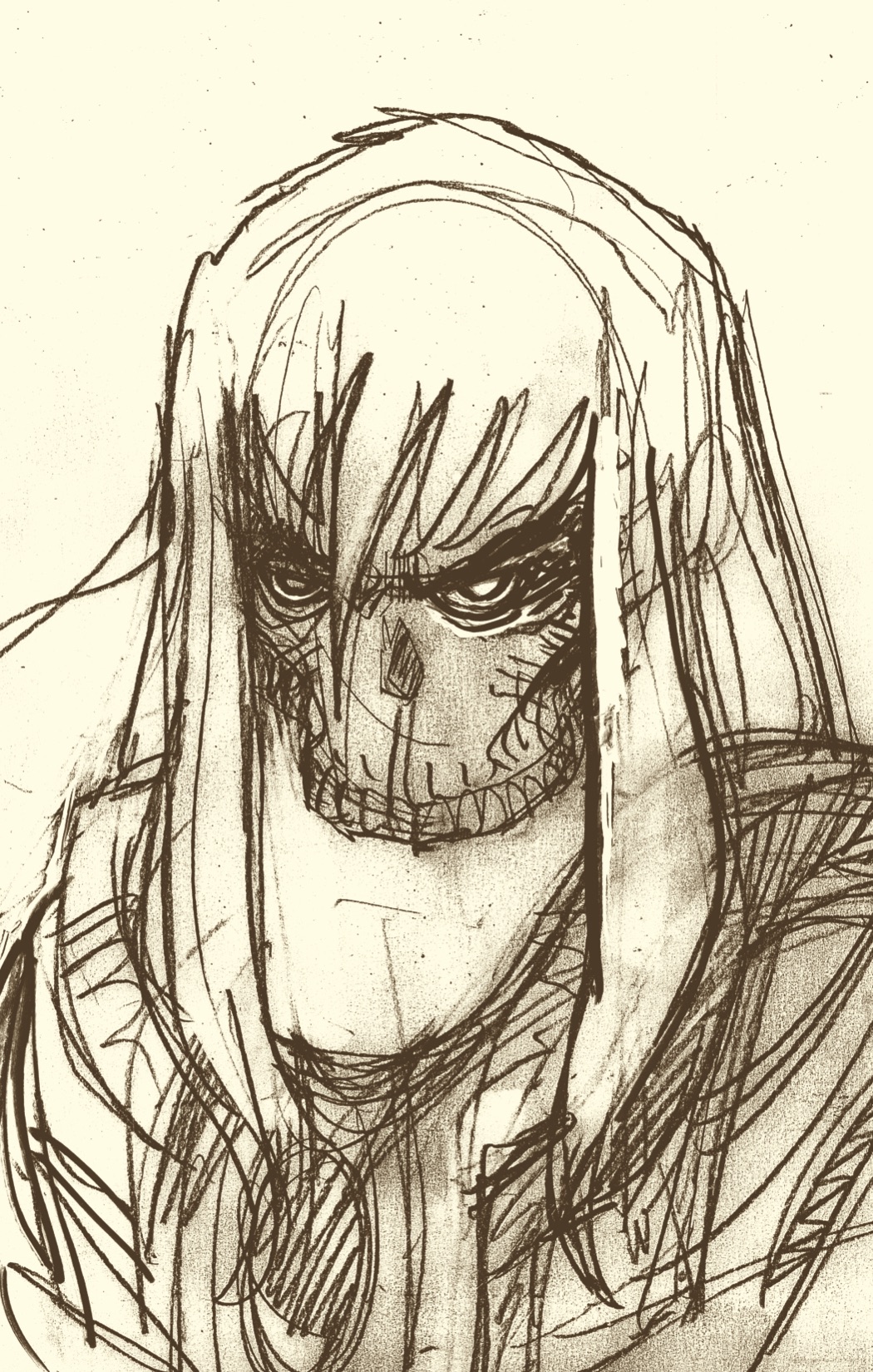 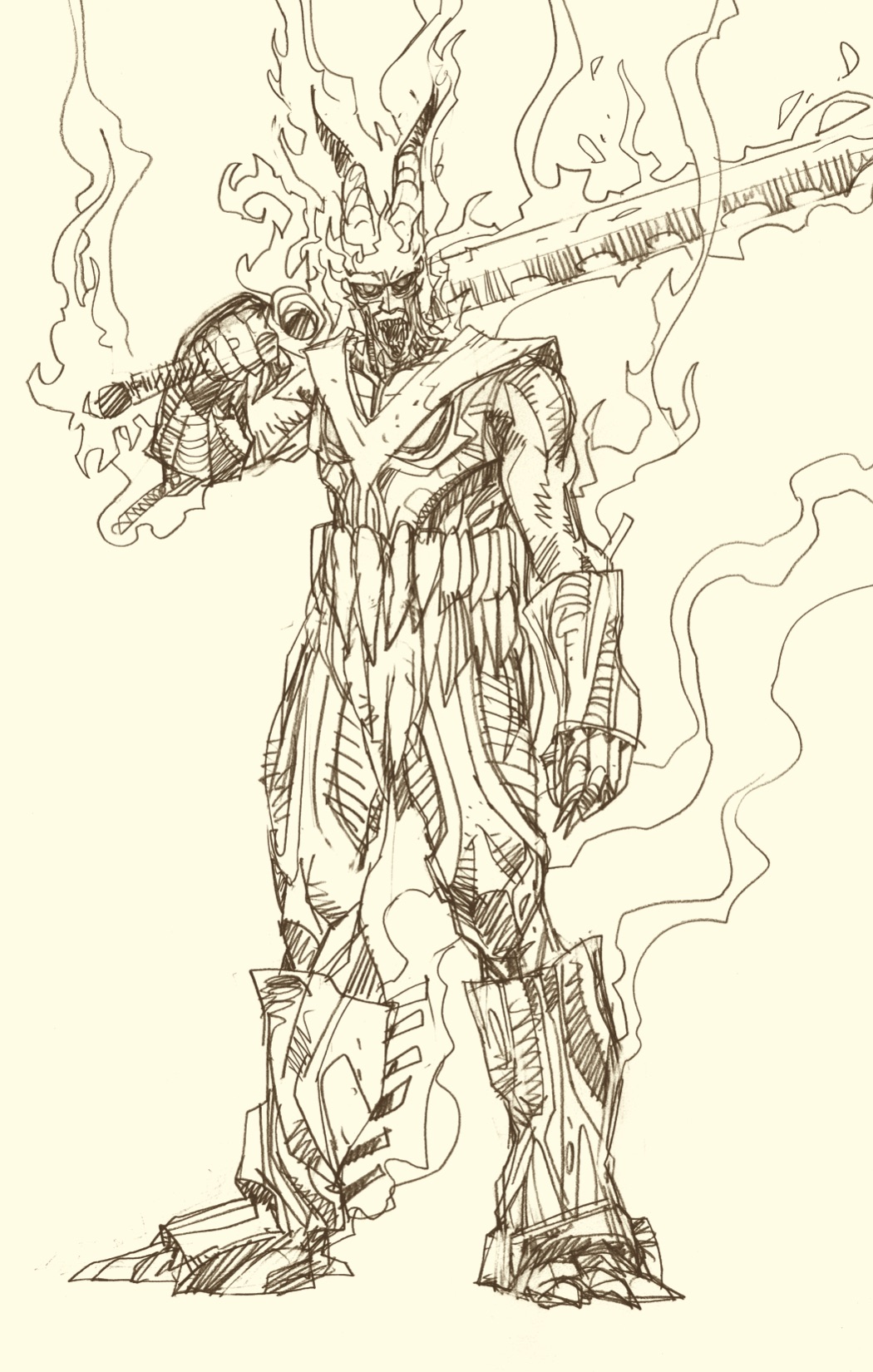 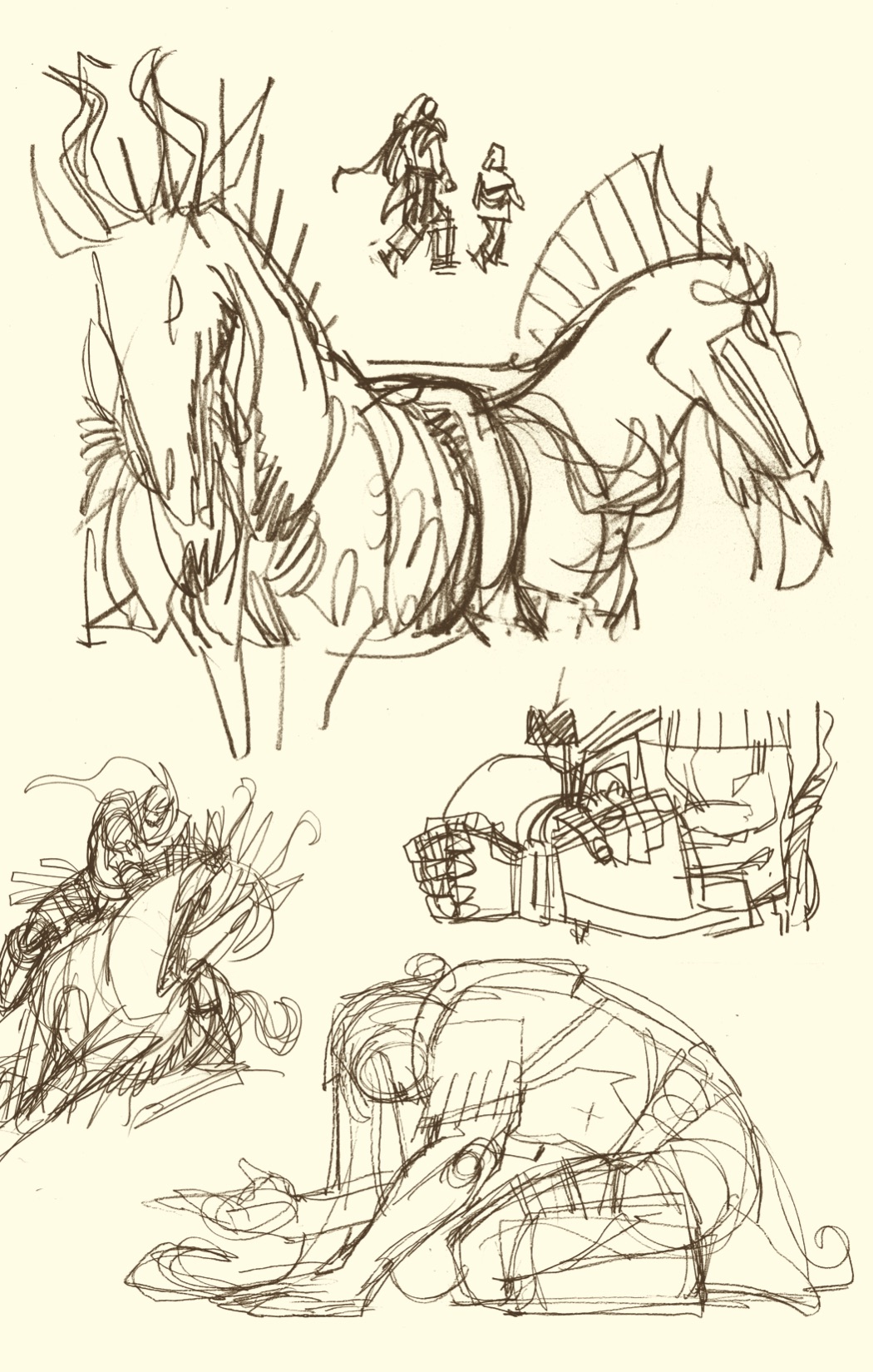 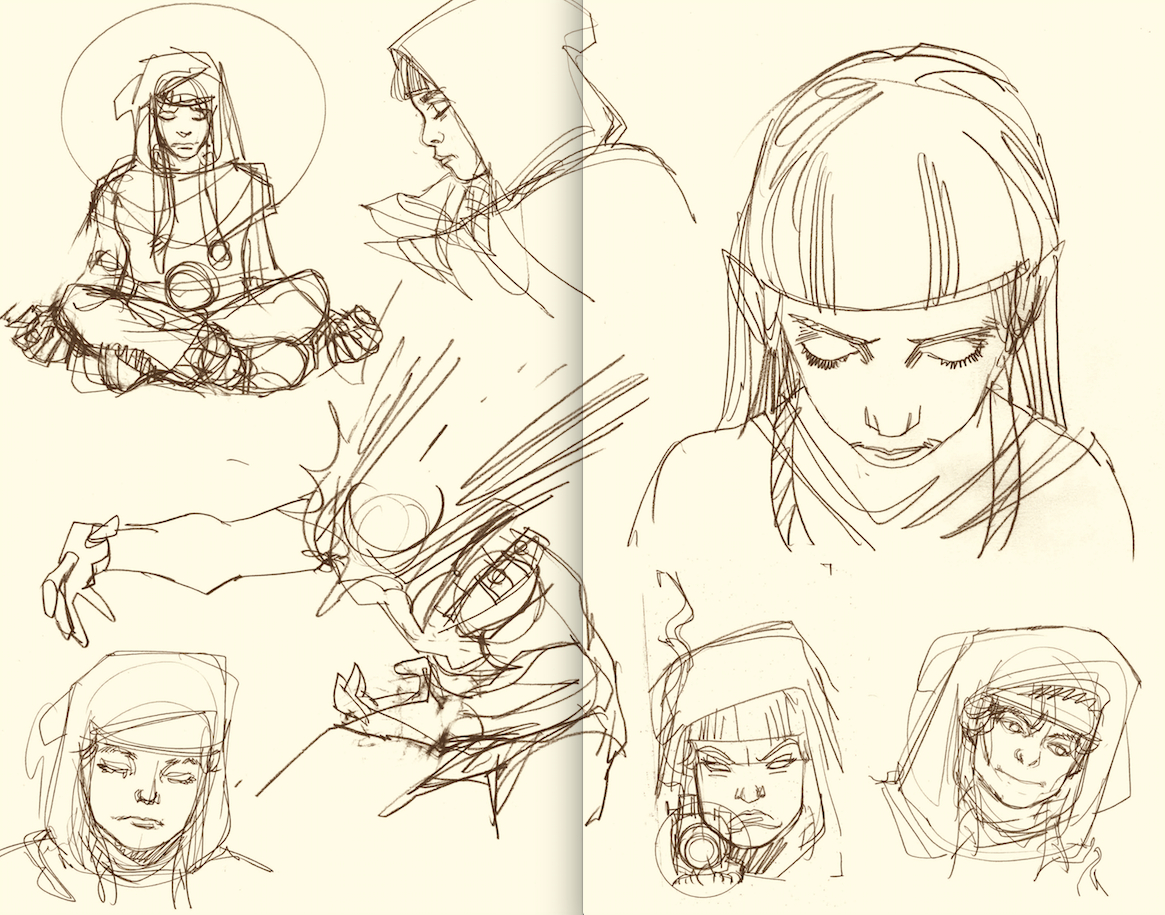