Jenny Finn was a miniseries by Mike Mignola and Troy Nixey begun by Oni Press in 1999 and completed and collected years later by Boom! Studios. It was written by Mignola and Nixey, with Nixey art, though the final issue was illustrated by Farel Dalrymple.

Flash forward to 2017: Dark Horse began reprinting the series — but now with colors by Dave Stewart, one of the very best in the biz. Now comes the finale, with Issue #4 out 2/14.

Just check out this newly colored sequence to give you a taste of what to expect: 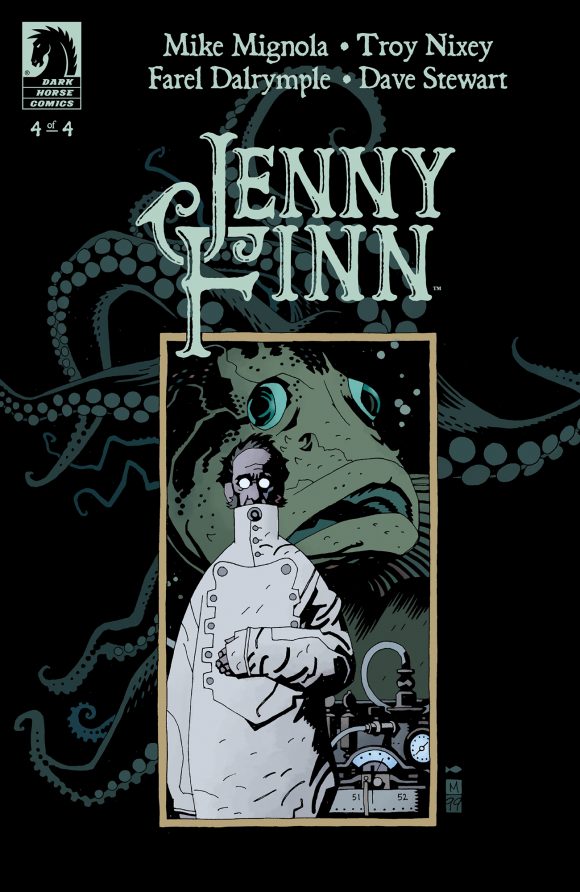 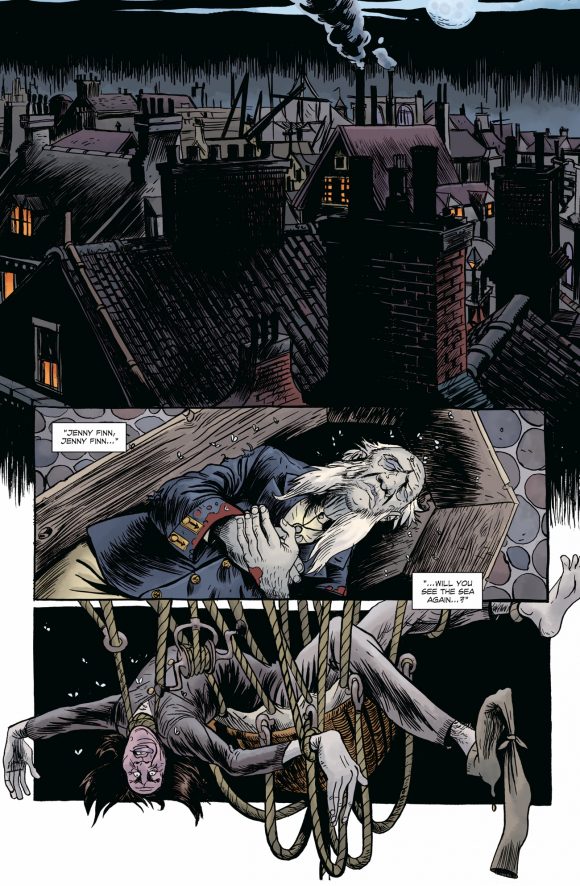 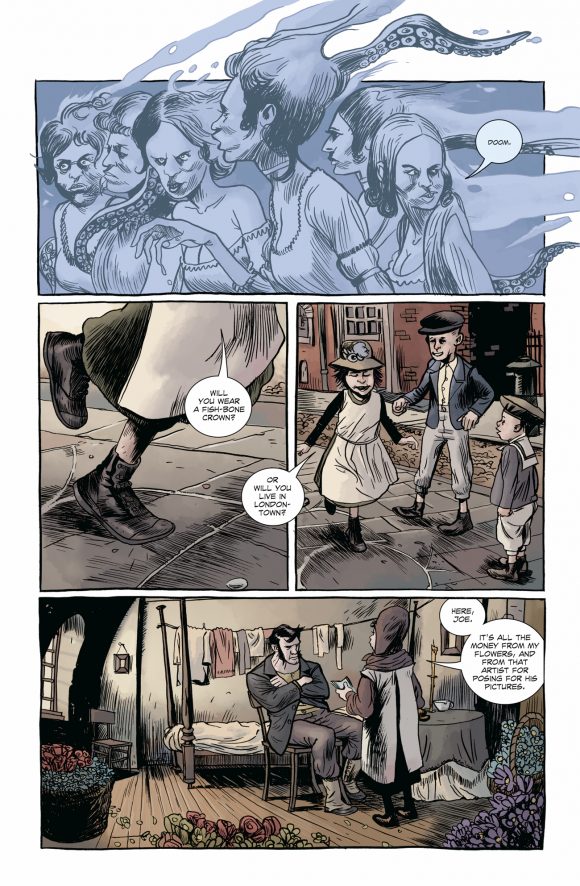 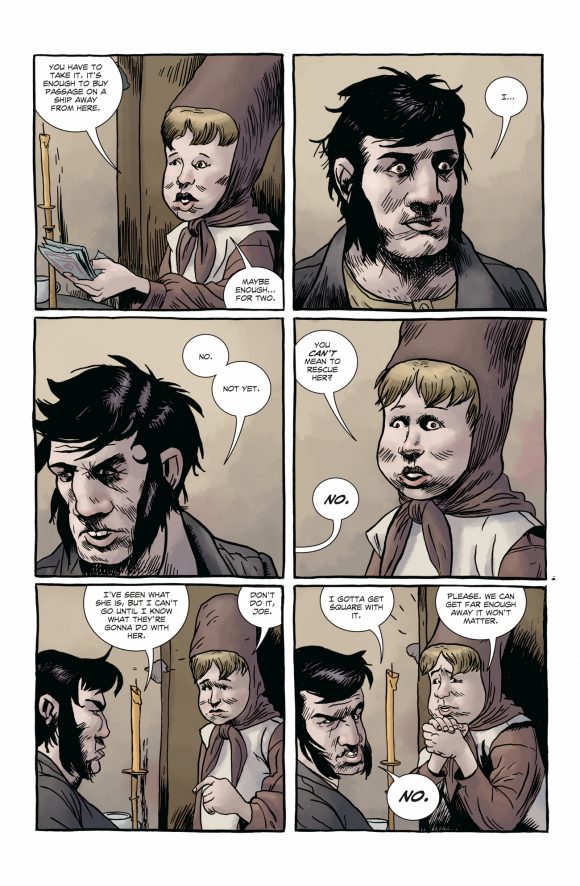 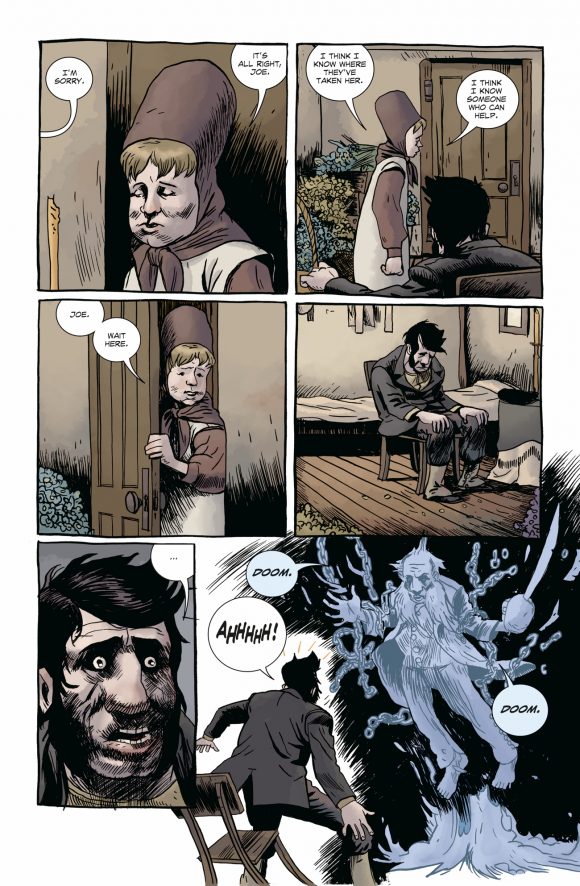 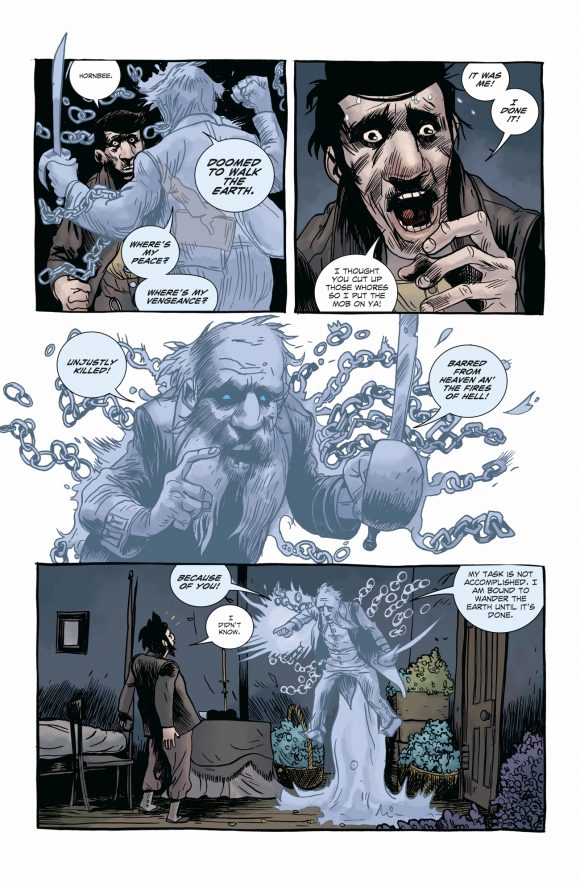 Beautiful work by Stewart there, no?

Jenny has been captured and the terrible plague is coming to an end, but when Joe has the chance to escape London, a ghost from his past forces him to stay and finish what he started.