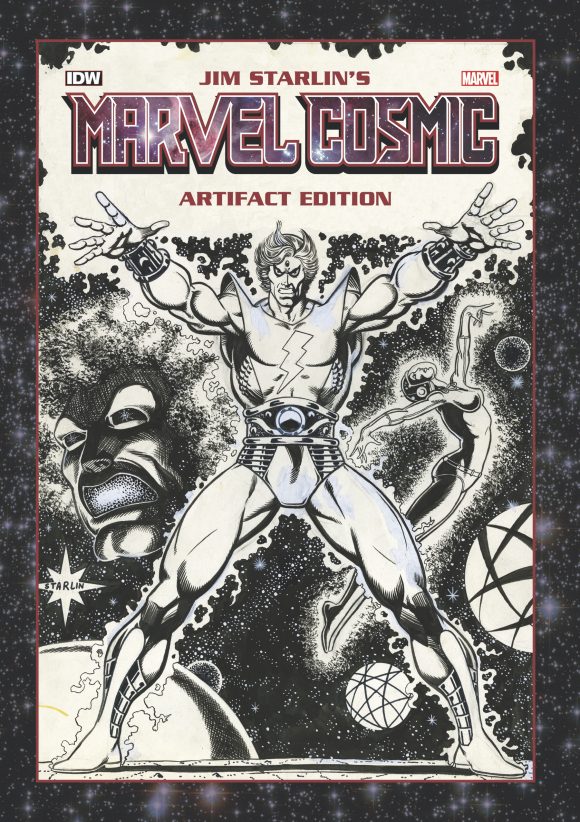 It’s been a pretty good year for Jim Starlin, hasn’t it? His best-known creation — Thanos — was central to Avengers: Infinity War, the gazillion-dollar-grossing mega-blockbuster that established once and for all that the Mad Titan is one of Marvel’s greatest villains. (Really, us comic-book readers already knew that, but you know what I mean.)

Well, as it happens, those smart folks at IDW (in conjuction with Marvel) figured out that now’s an excellent time to spotlight the creator with Jim Starlin’s Marvel Cosmic Artifact Edition – an oversize hardcover featuring a typically excellent array of high-res original art scans.

As the name suggests, the focus is on Starlin’s space-faring work, with covers and pages from ’70s titles such as Captain Marvel, Warlock and Strange Tales. (And, yes, there’s plenty of Thanos, plus the first appearance of Drax the Destroyer.) There’s also a superb essay by Starlin where he frets that this early output isn’t quite up to snuff. (Worry not, sir. The art is dazzling.)

So dig this EXCLUSIVE INSIDE LOOK — with 13 pages culled from the edition, which is out this week. Naturally, this is but a glimpse: 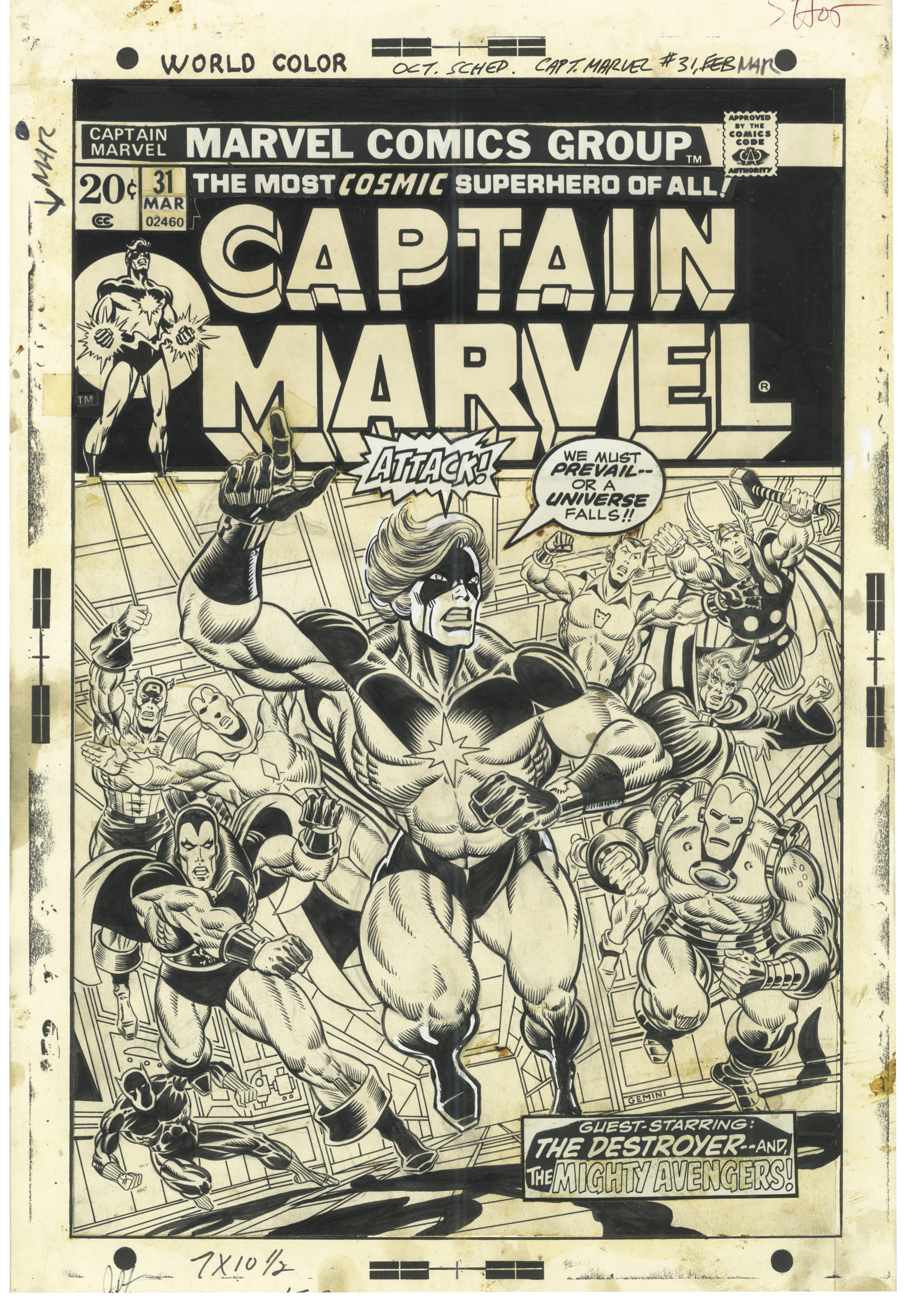 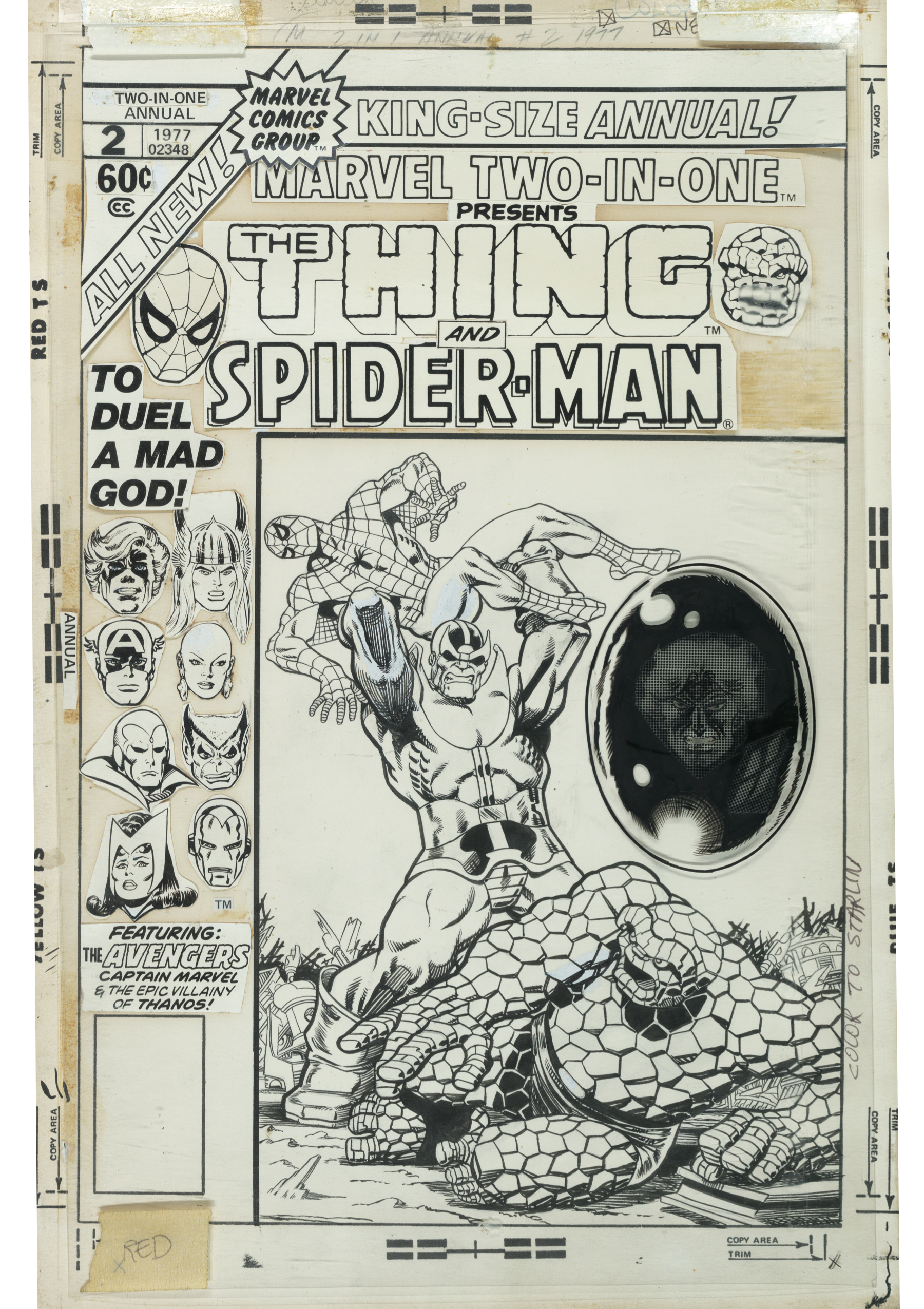 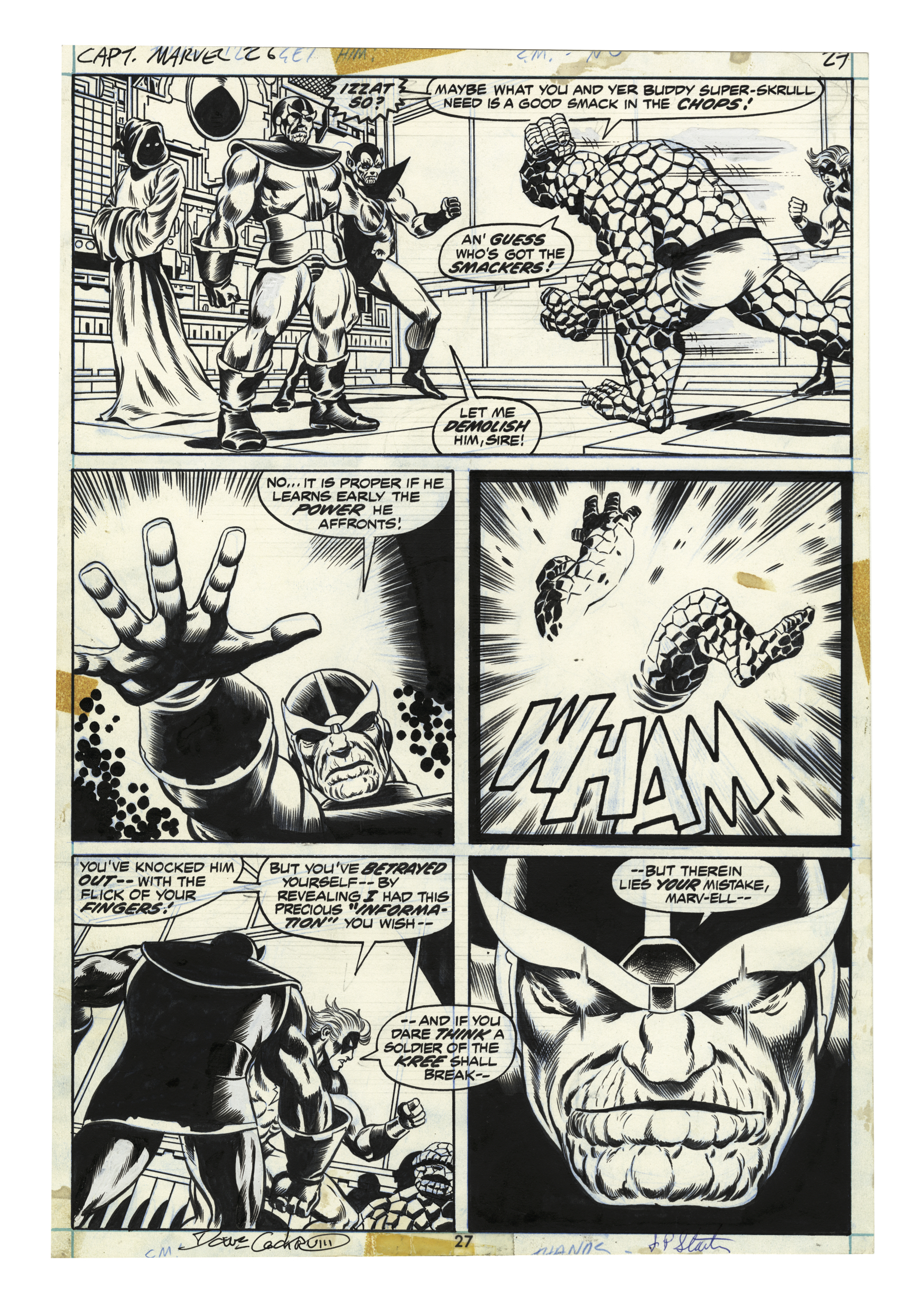 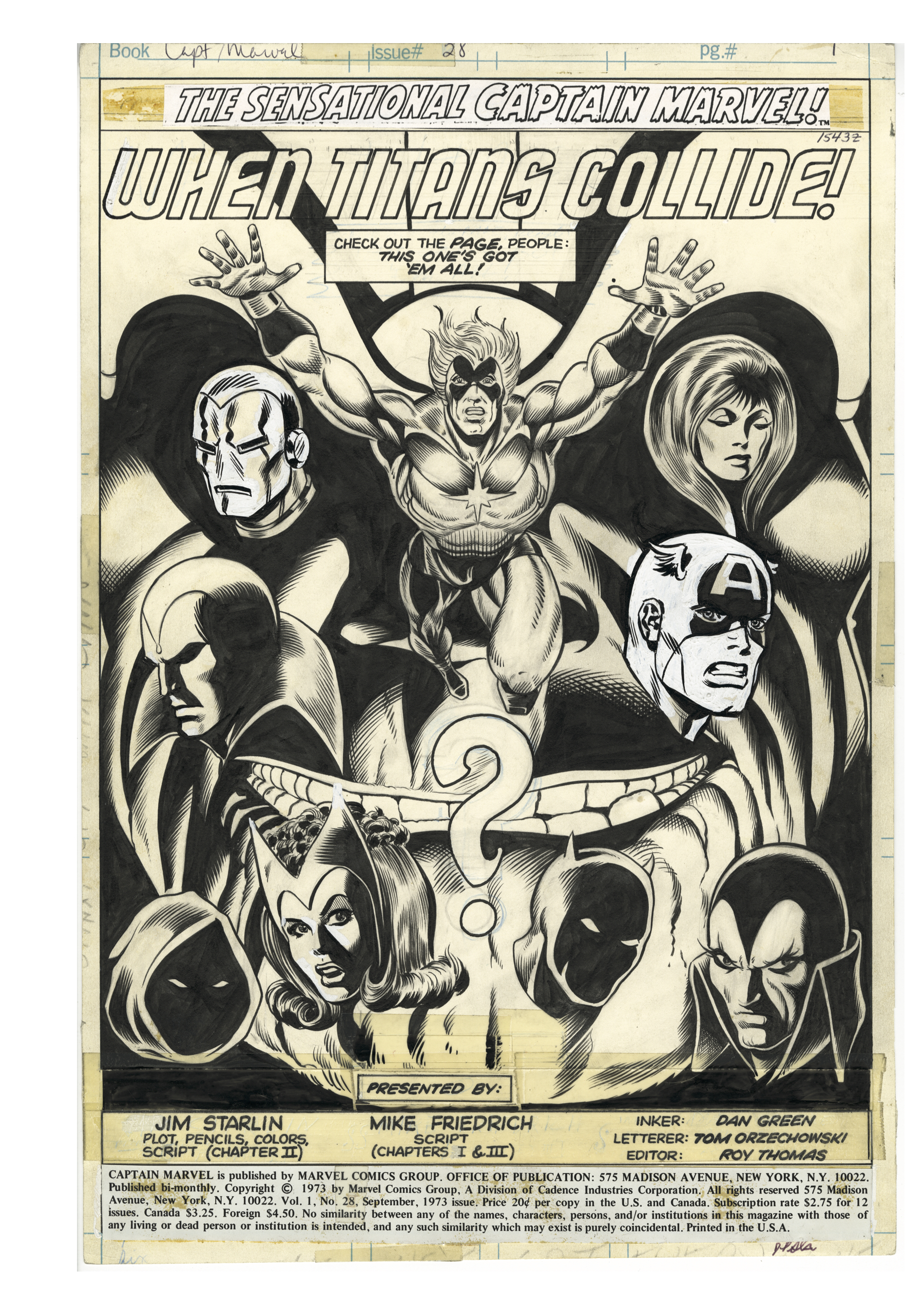 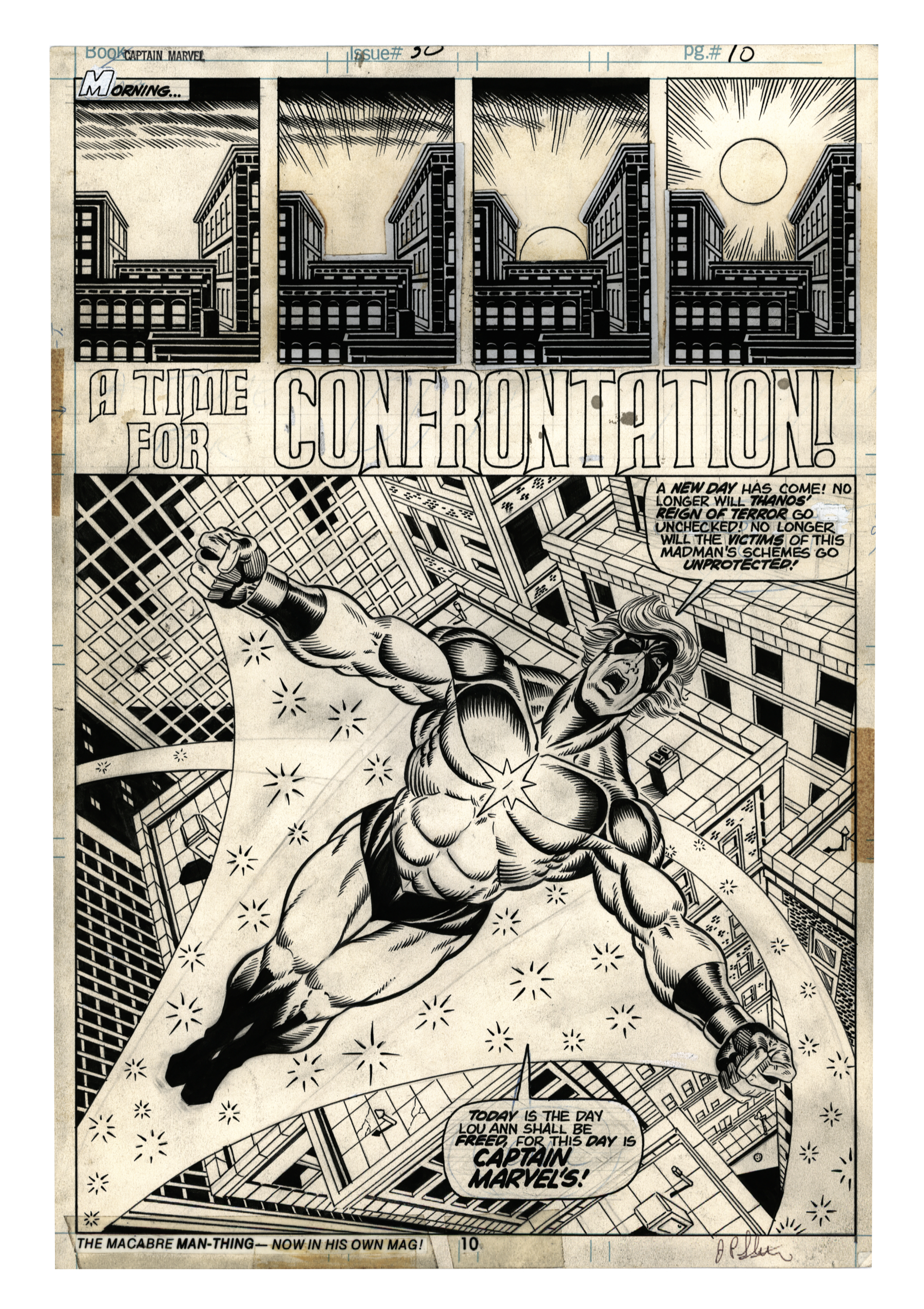 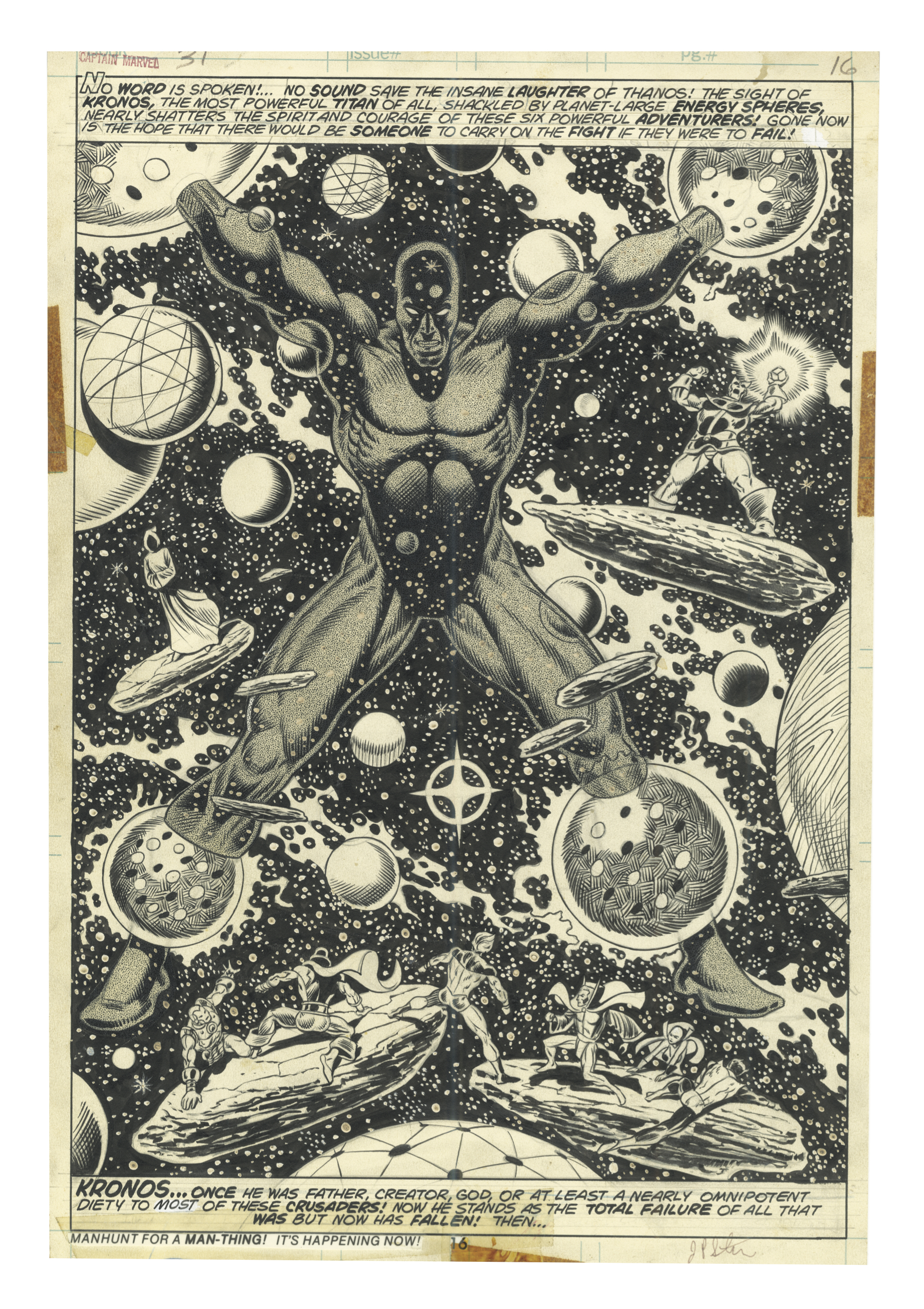 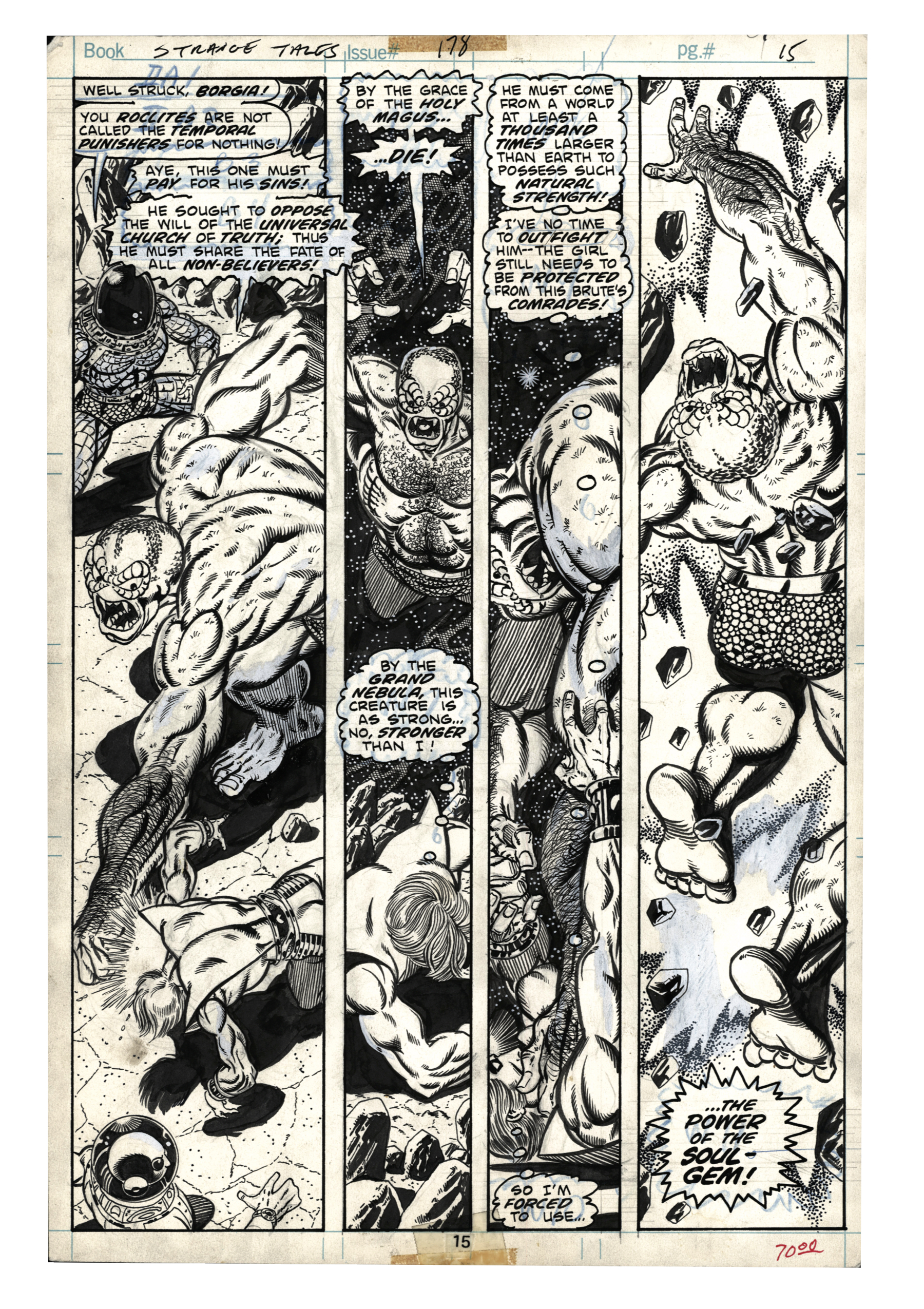 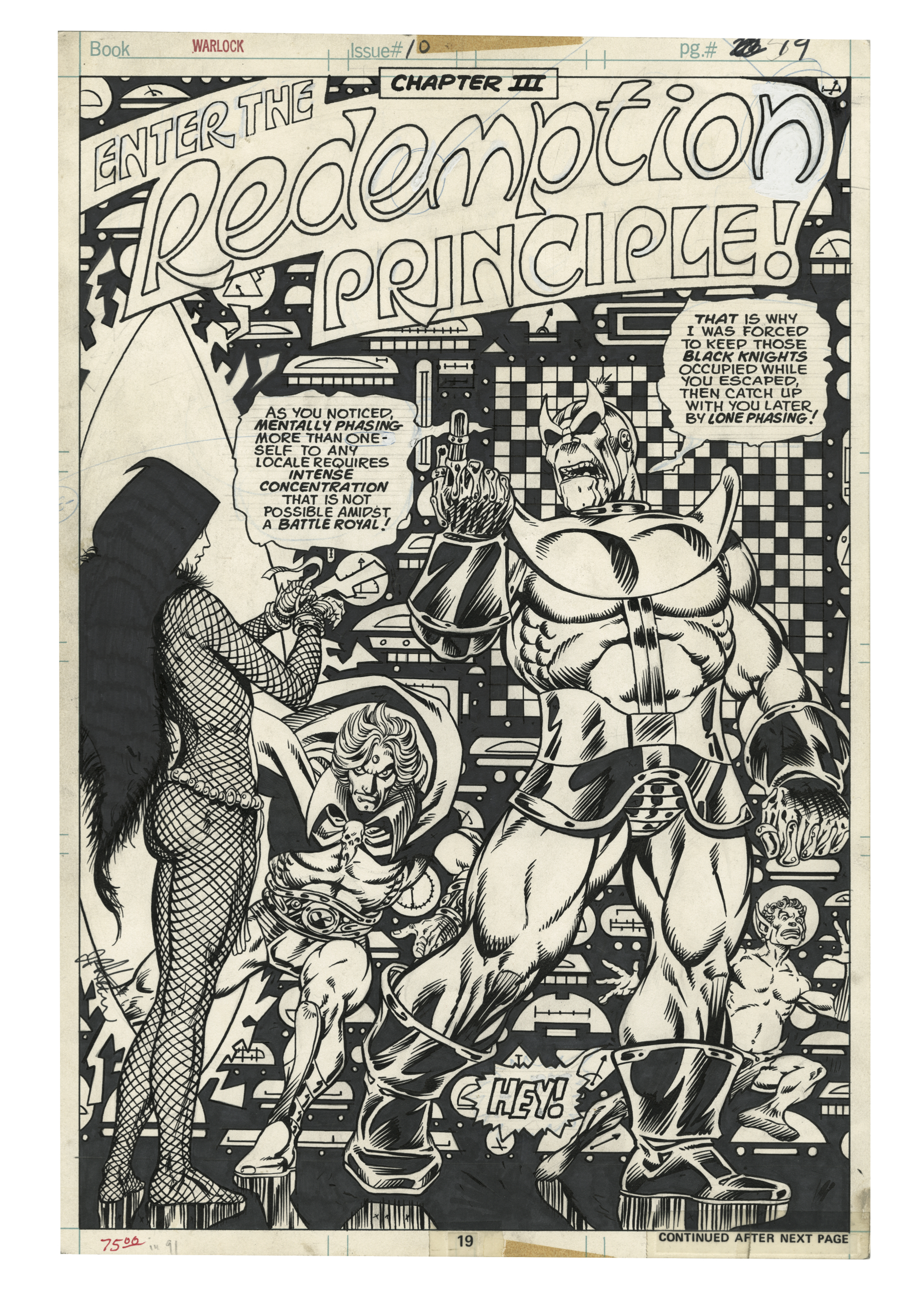 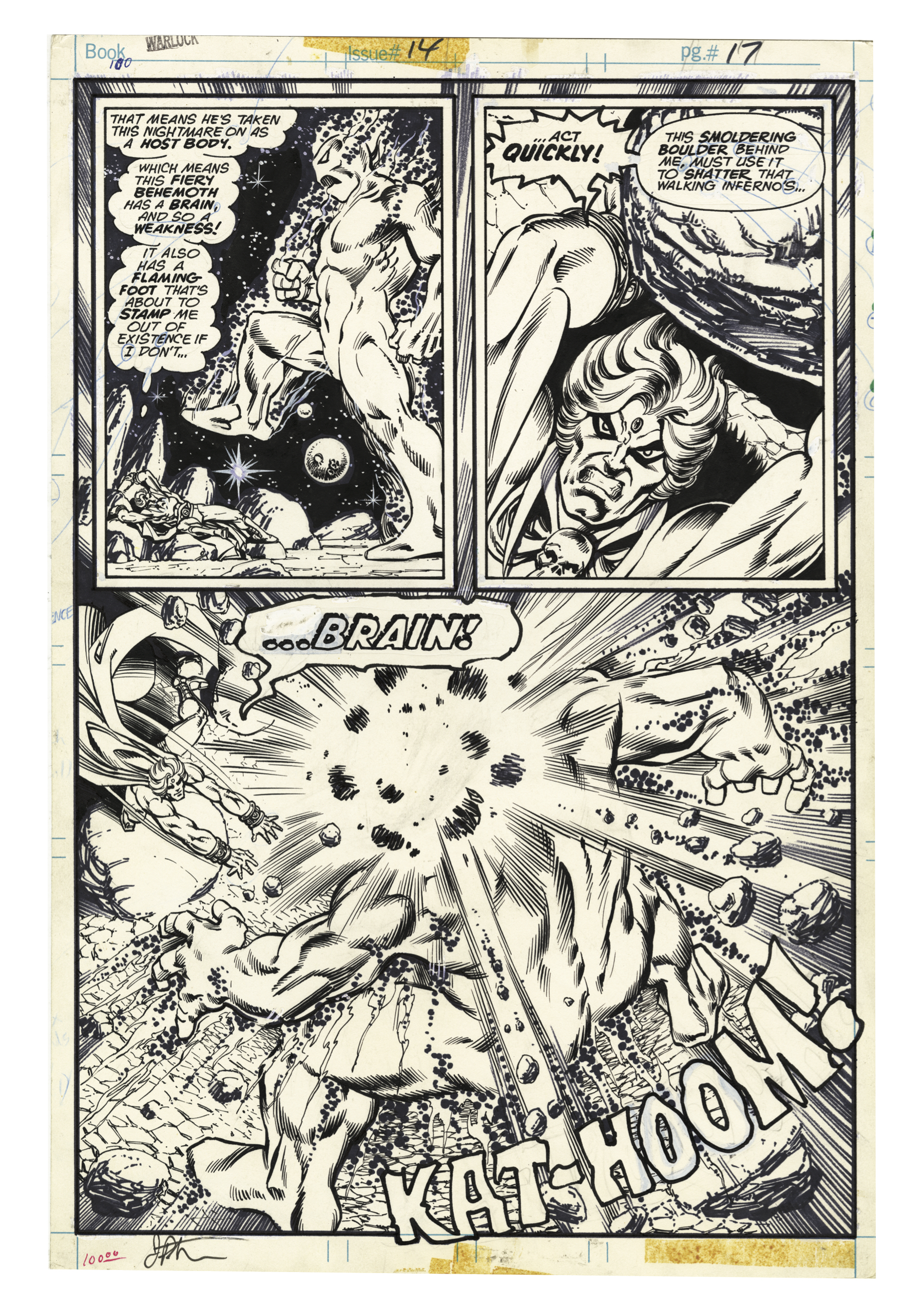 Jim Starlin’s Marvel Cosmic Artifact Edition lists for $125 and is out this week (8/8).