Yeah, this is gonna be a big deal. 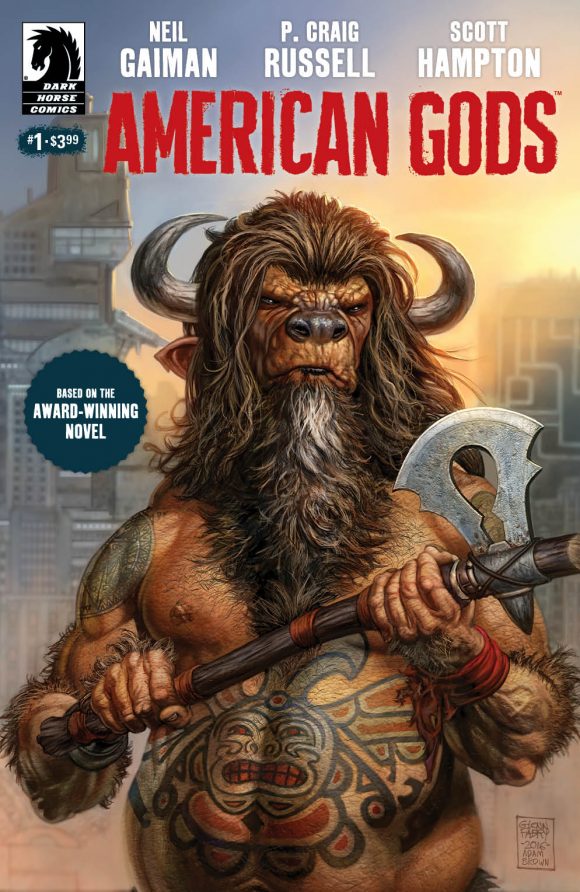 I think it’s safe to say that American Gods will be one of the biggest books of 2017, what with it being based on Neil Gaiman’s prose novel and a Starz TV adaptation premiering this year.

The book is being adapted and co-written by frequent Gaiman collaborator P. Craig Russell and illustrated by Scott Hampton. Dark Horse will be releasing it in 27 issues, with three story arcs — and guest art from the likes of Walt Simonson, Colleen Doran, Mark Buckingham, Russell himself, and others.

With that, dig this EXCLUSIVE FIRST LOOK at two pages of Walt Simonson’s pencils from the first issue, due 3/15: 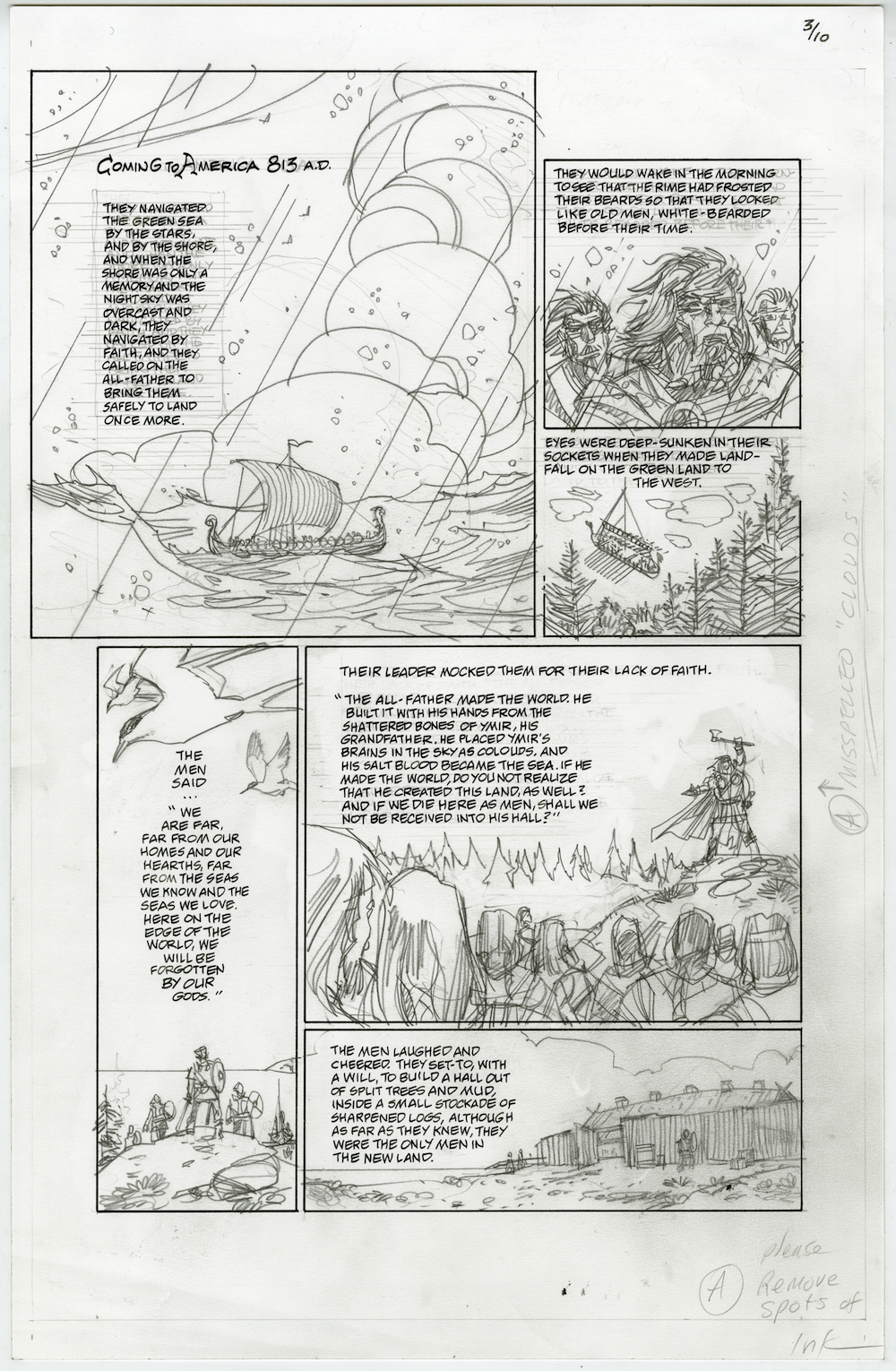 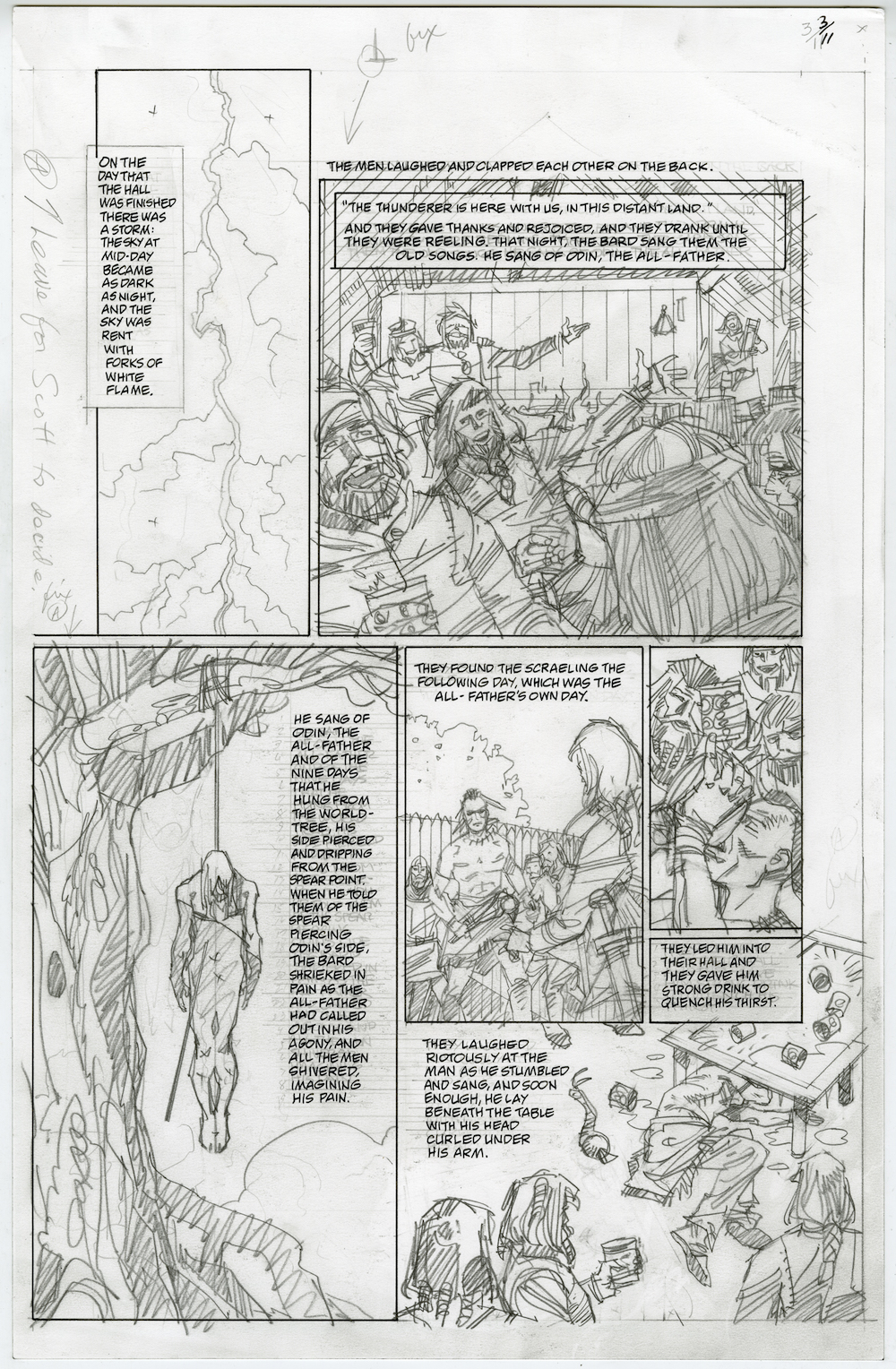 But, wait there’s more! Check out this gallery of variant covers for Issue #1, from a world of talent, including David Mack (who’ll be doing covers for the whole series), Dave McKean, Fabio Moon (for Fried Pie), Fabry and Hampton (for Jetpack Comics and Forbidden Planet): 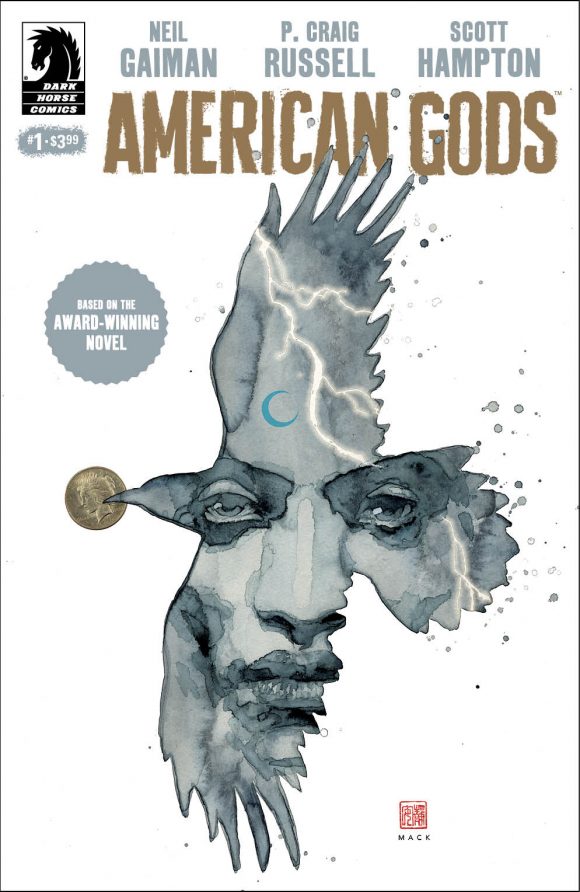 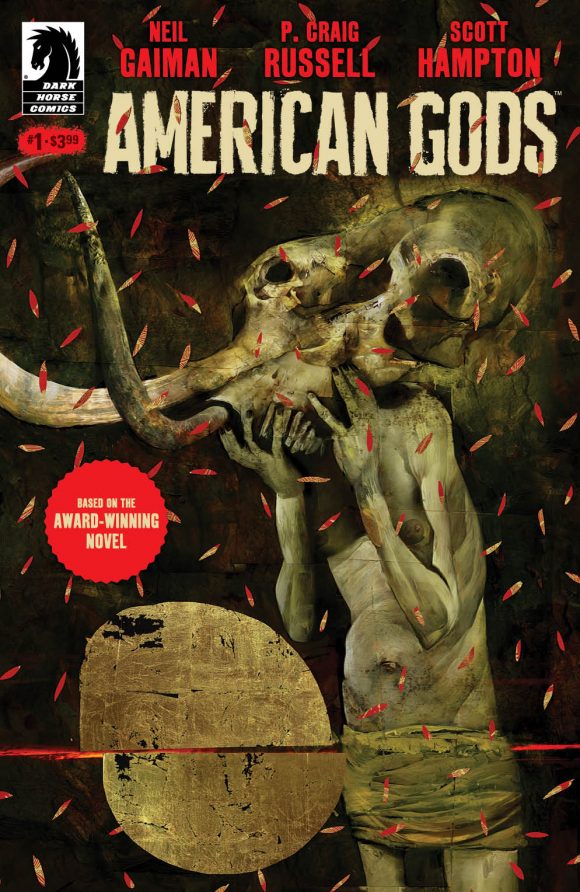 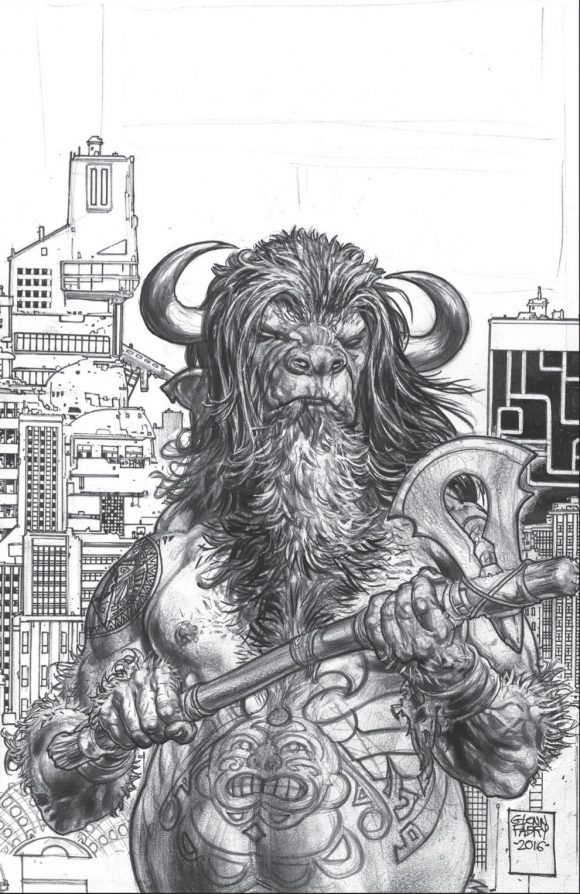 Fabry sketch cover, exclusive to Forbidden Planet and Jetpack Comics. The back cover (below) has a different image and trade dress, etc. 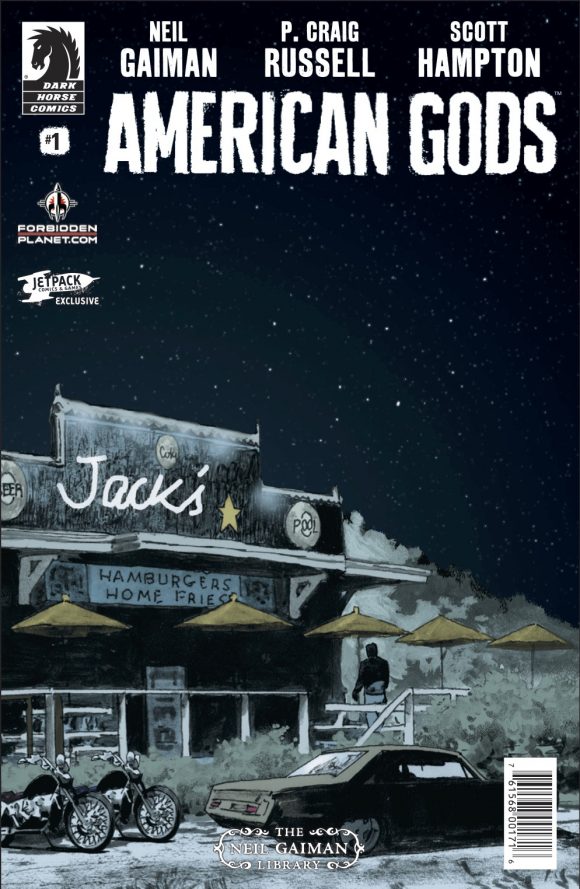 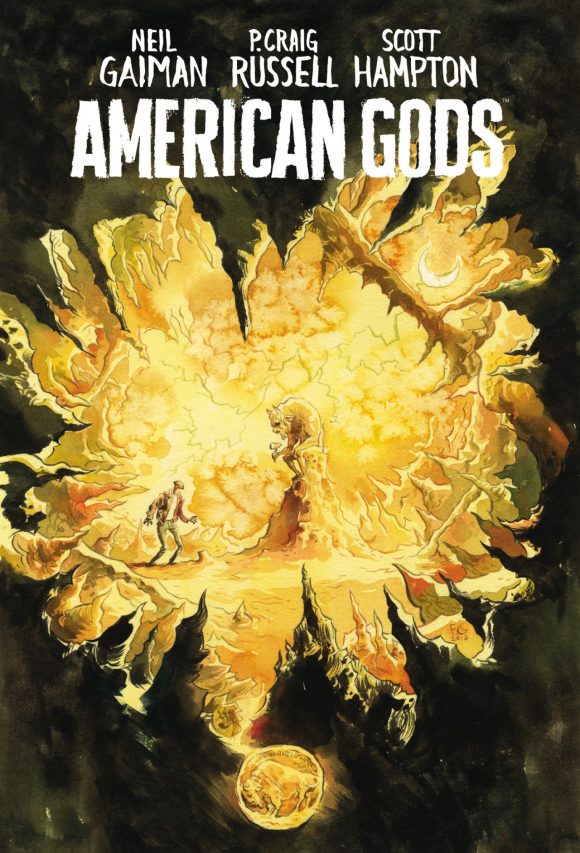 And we’re not done yet, either. Check out these preview pages: 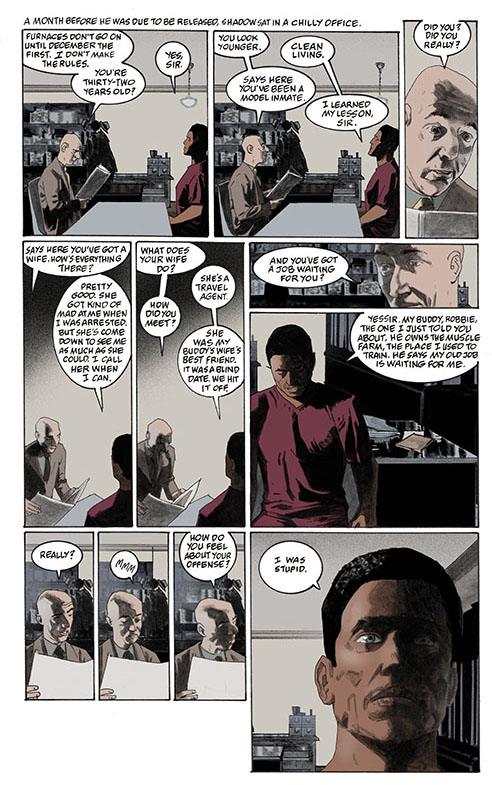 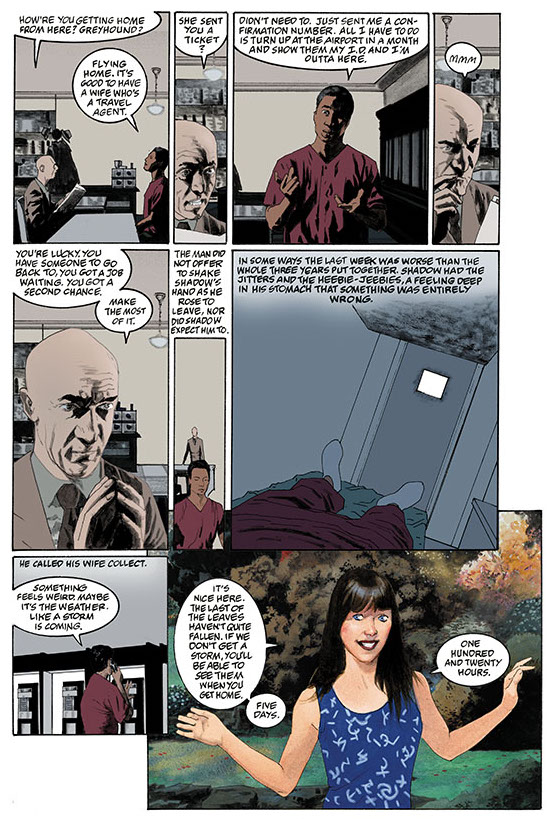 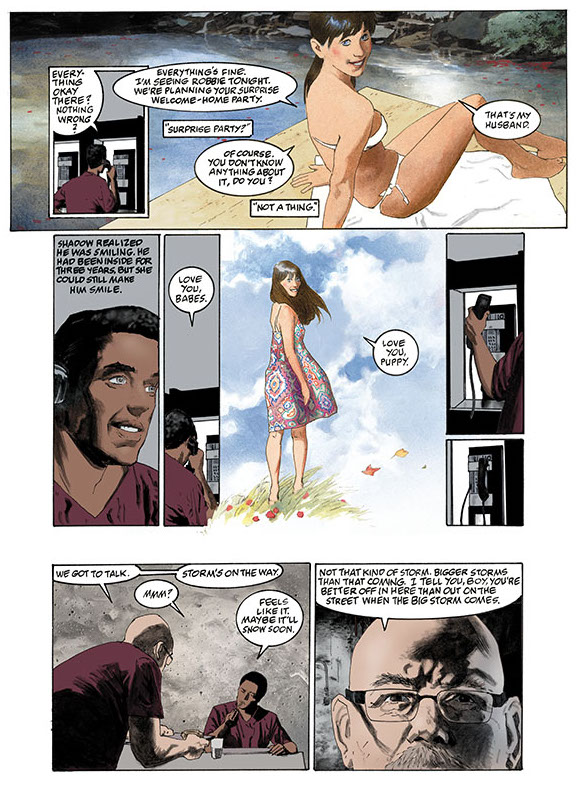 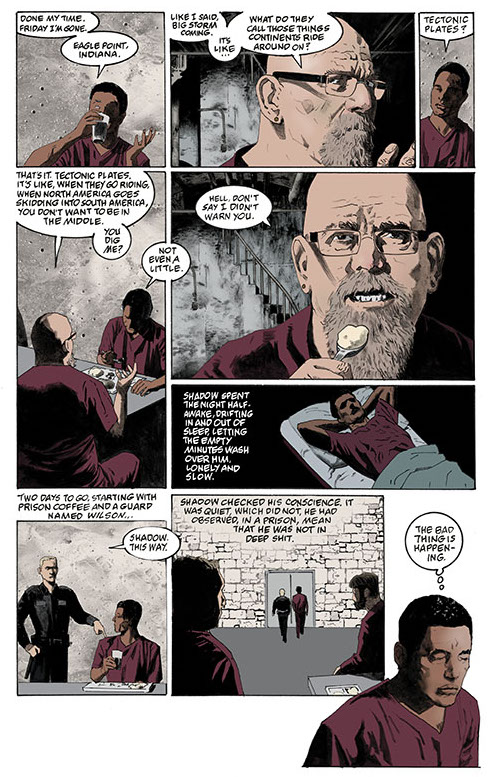