EXCLUSIVE First Look — PLANET OF THE APES: Tales From the Forbidden Zone

The book, due from Titan Books in Jan. 2017, was edited by Rich Handley and Jim Beard, two familiar names to 13th Dimension readers. Along with them are top-flight writers like Dan Abnett, Kevin J. Anderson, Nancy Collins, Jonathan Maberry, Dayton Ward and Andrew E.C. Gaska.

They’re bringing with them 16 new prose tales set in the worlds of the original film series and the TV show.

Here’s a look at the cover, followed by the complete table of contents that will allow you to ponder just what these scribes have been readying in their scrolls … 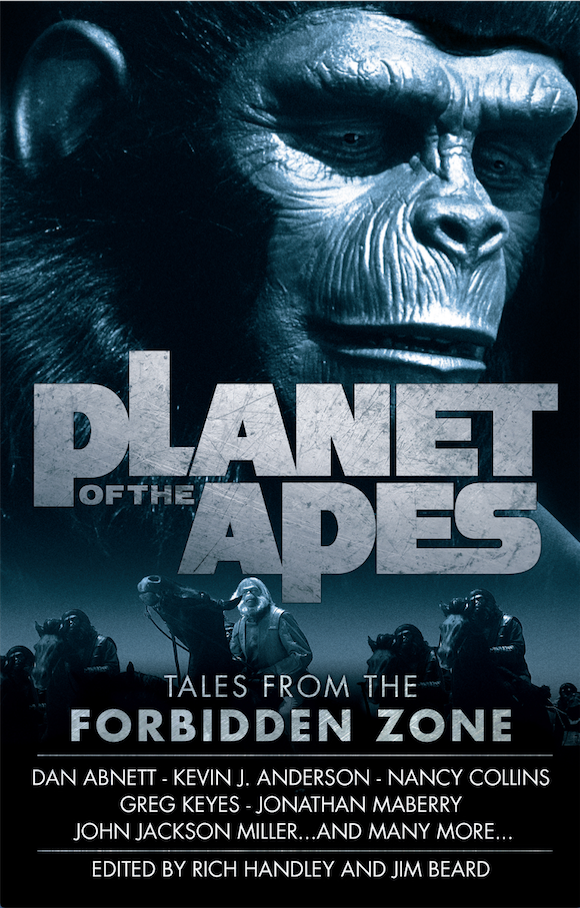 “More Than Human, Less Than Ape” by Nancy Collins

“Blood Brothers” by Will Murray

“The Pacing Place” by Bob Mayer

“Of Monsters and Men” by Kevin J. Anderson and Sam Knight

“Who Is This Man? What Sort of Devil Is He?” by Robert Greenberger

“Message in a Bottle” by Dayton Ward

“The King Is Dead—Long Live the King” by Rich Handley

“A Question of Simian Survival—An Afterword” by Jim Beard