Lotta Star Trek headed your way in March from IDW: the first Discovery annual; the finale to the I.D.I.C. arc in Star Trek: Boldly Go; and a trade paperback collecting the last issues of the publisher’s first Trek ongoing.

Here’s your FIRST LOOK at the solicitation text and covers, provided by IDW:

The U.S.S. Discovery is a ship unlike any the galaxy’s ever seen, developing tech based on an unstable mycelial network… and it is all in the hands of Science Officer Lt. Stamets, tasked with perfecting it to win the war against the Klingons. 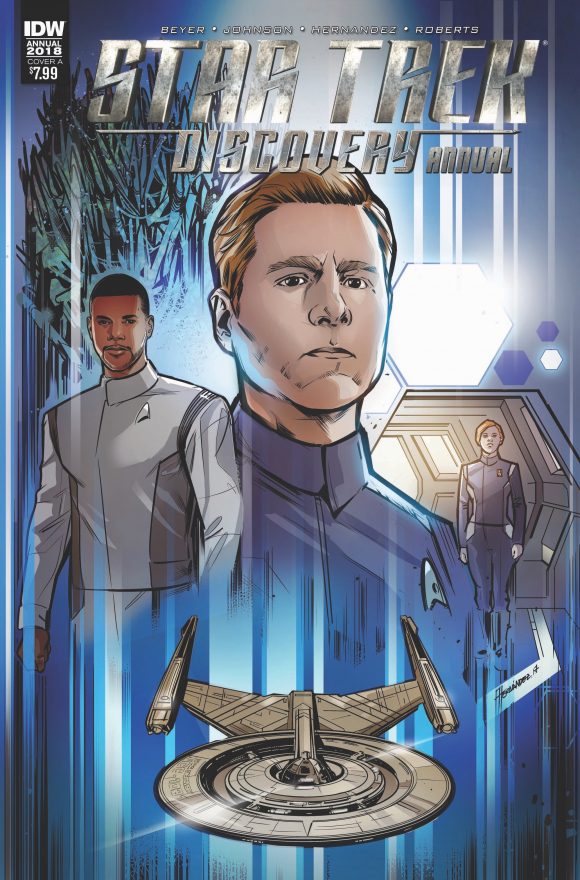 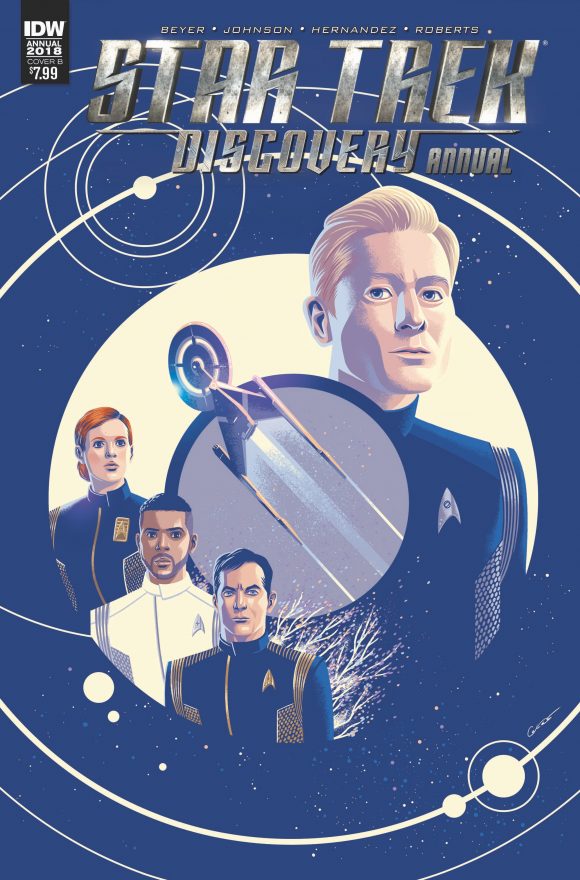 “I.D.I.C.” Part 6 of 6! It’s the series finale of Star Trek: Boldly Go, and the climactic final chapter of the epic “I.D.I.C.” saga! James Tiberius Kirk faces the greatest challenge of his life… and the fate of infinite realities hangs in the balance! 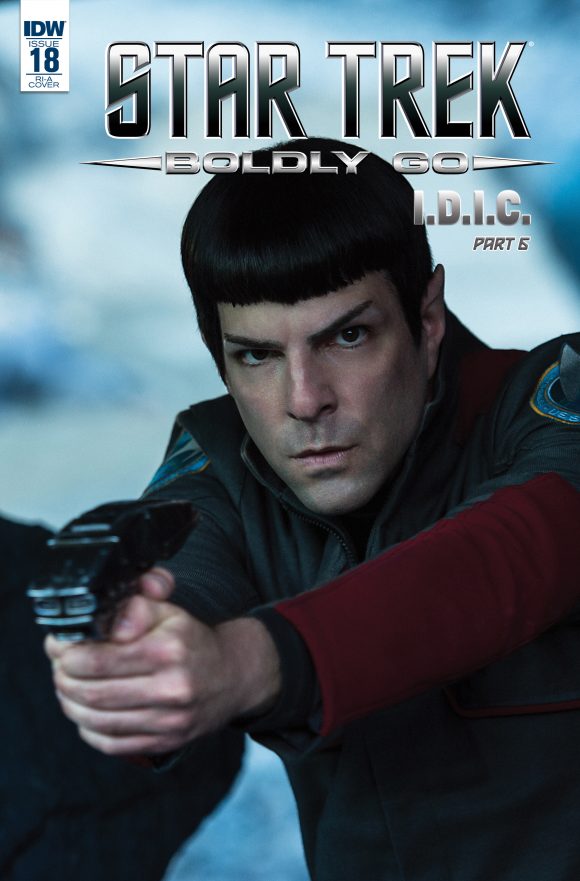 Order 25 copies, get one free variant cover by Yoshi Yoshitani! 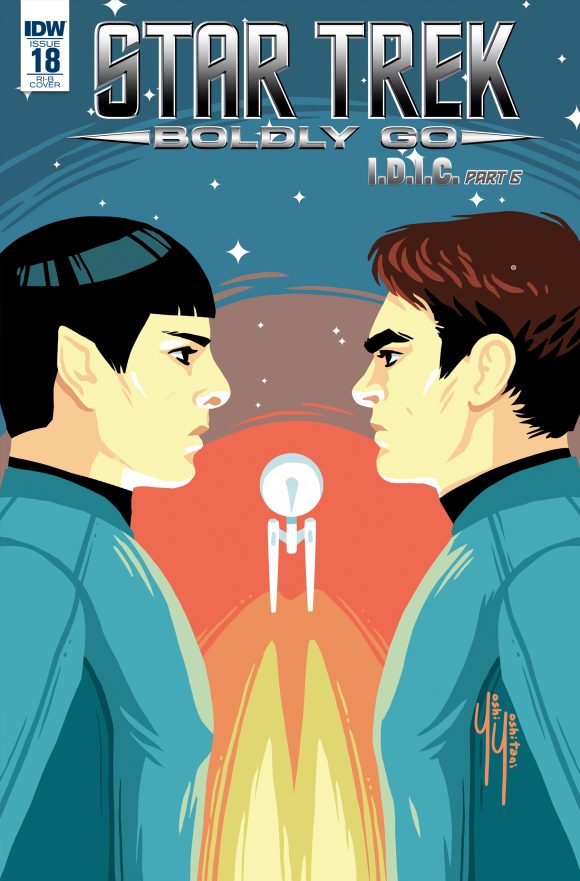 Follow the adventures of the crew of the U.S.S. Enterprise in the timeline based on the new movies, as they continue their five-year mission of discovery into unchartered space.

In “Deity,” an away team becomes exposed when a massive alien ship arrives in orbit. Then, Captain Kirk and the crew are about to encounter their strangest discovery yet… themselves, in the “Mirror, Mirror” storyline “Live Evil.” Plus, the ship faces off with a renegade faction of Orions intent on disrupting the truce between their species and the Federation in “Reunion.” In “Legacy of Spock” the elder Spock joins the last survivors of Vulcan to search the galaxy for a new home. And in“Connection,” the crew comes into contact with a ship that looks eerily familiar. Collects the final 13 issues, #48–60, of the first Star Trek ongoing series from IDW. 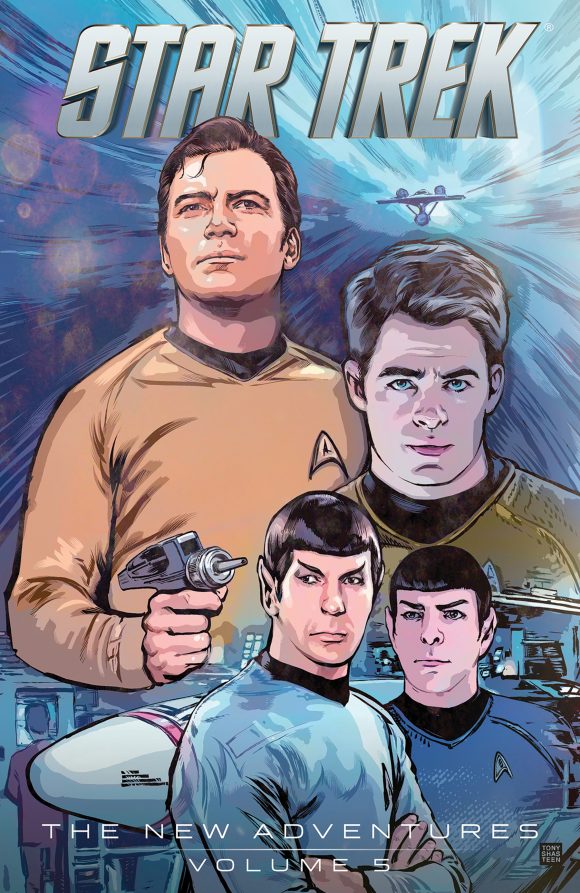