A fantastic foursome of Batman through the decades — coming from NJ Croce this spring!

I do love bendables. Why? First and foremost, it’s the kitsch value. But it’s also the simplicity: These are TOYS. You can handle them and pose them and drop them and not have a heart attack about whether you might damage them.

You also don’t have to listen to that little voice that whispers, “But does it really look like so and so … ?” Because these are bendables!

Even so, these likenesses — produced by an accomplished company like NJ Croce, probably best known for Gumby, dammit! — are as good as they can be in this format. 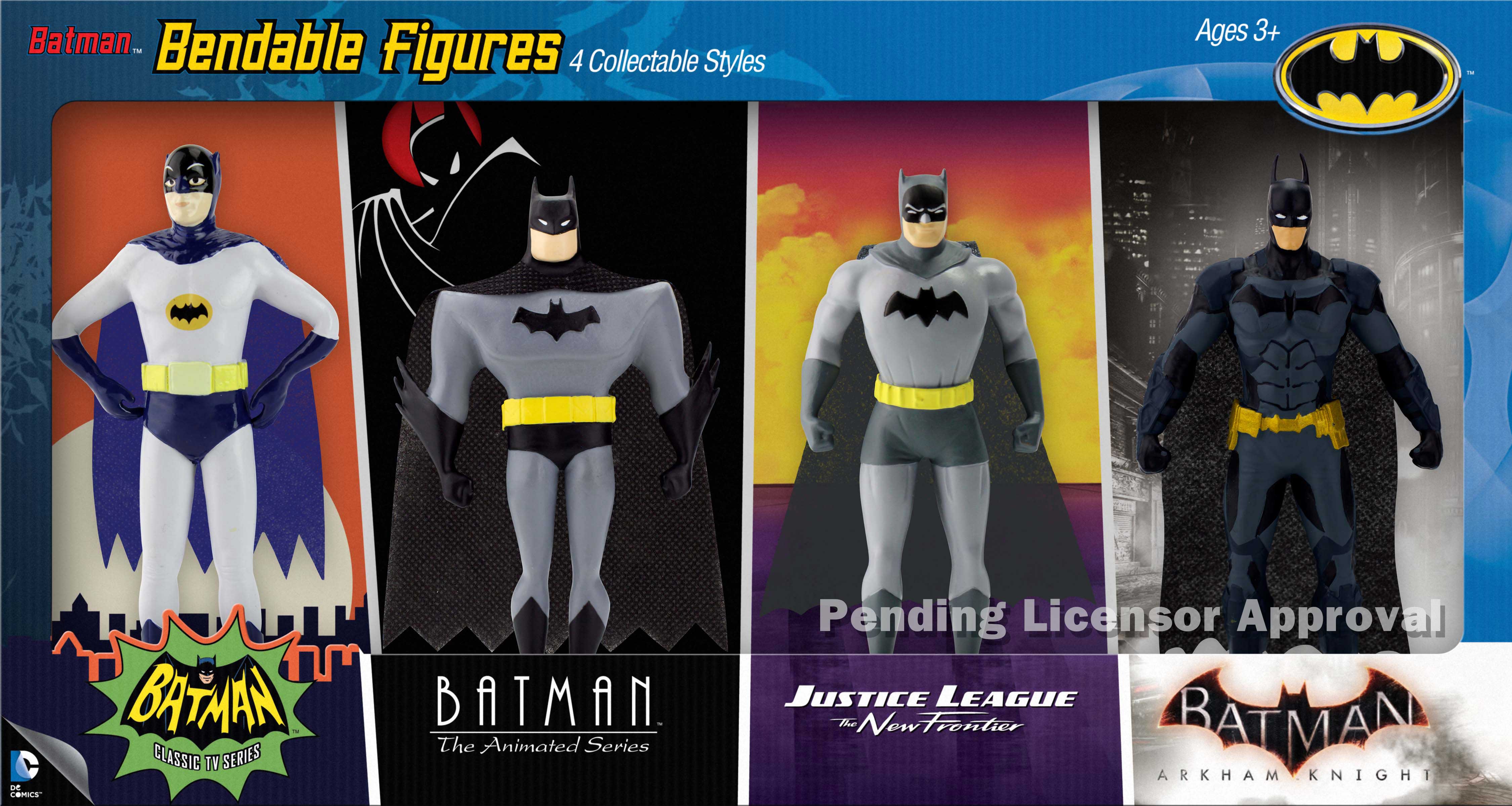 Expected out in May. No price yet, but these are always affordable. (There could still be some tinkering between now and when they make it to your shelf, but this looks awesome.)