During the holiday season, we gave you an update on when to expect the next wave of Diamond Select’s Batman ’66 statues and busts. Well, now it’s spring and we’ve got another update for you.

In short: Better ask Alfred to start clearing some space and dusting those shelves.

In April and May, the following items are expected to be released: the Joker statue, the King Tut and Eartha Kitt Catwoman busts — aaaaaaand, finally, the Shakespeare bust bank. (Oh, and don’t forget, the Bookworm bust is headed this way pretty soon too.)

Now, to get you geared up, we have your FIRST LOOK at three videos put together by Diamond Select showing off the Joker, King Tut and Catwoman. Don’t be worried that there’s not one for the Shakespeare bust. It’s still coming, folks, even if it’s been delayed. Remember, it was on display — in package — at Toy Fair: 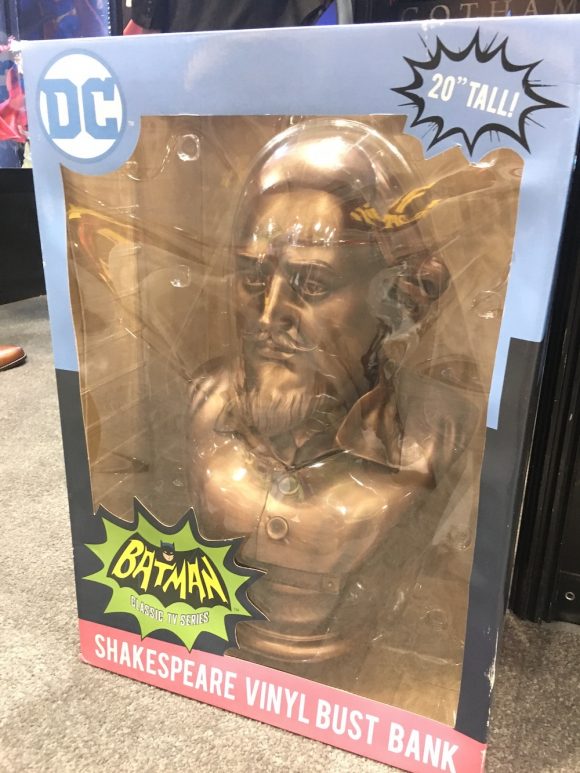 Meanwhile ( as William Dozier might say), we’re still waiting for the images of the Robin statue to be released. I’ve seen it and it looks terrific but it’s still in approval channels.

Now, check out these videos — and check your bank balance:

The busts are about $60 a pop. The Joker statue will run you about $150. The Shakespeare bust will list for about $85.