PLUS! Editor-in-Chief Scott Allie delves into what makes a great cover in a special MIGHTY Q&A!

So here’s some awesomeness to look forward to, three months hence from the Mike Mignola-Hellboy universe: 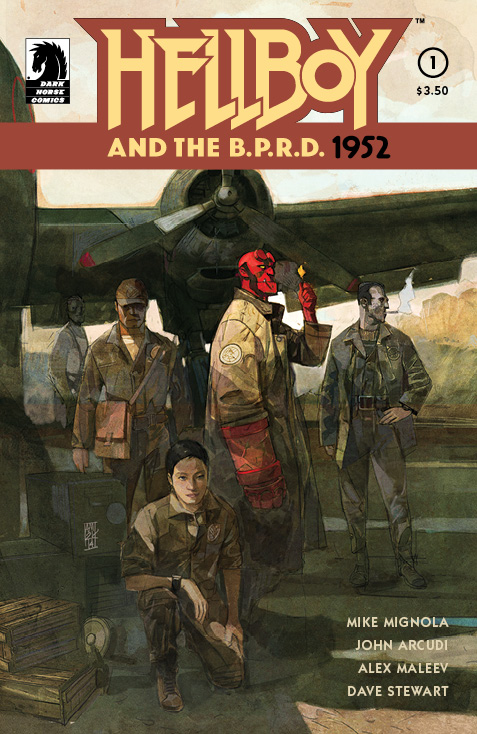 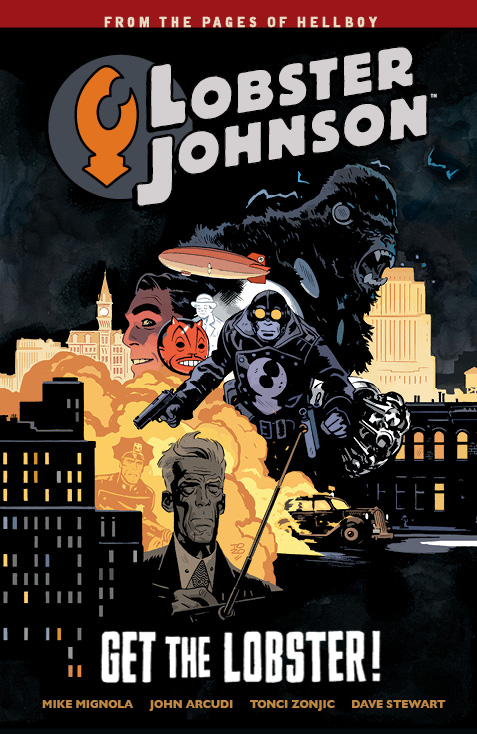 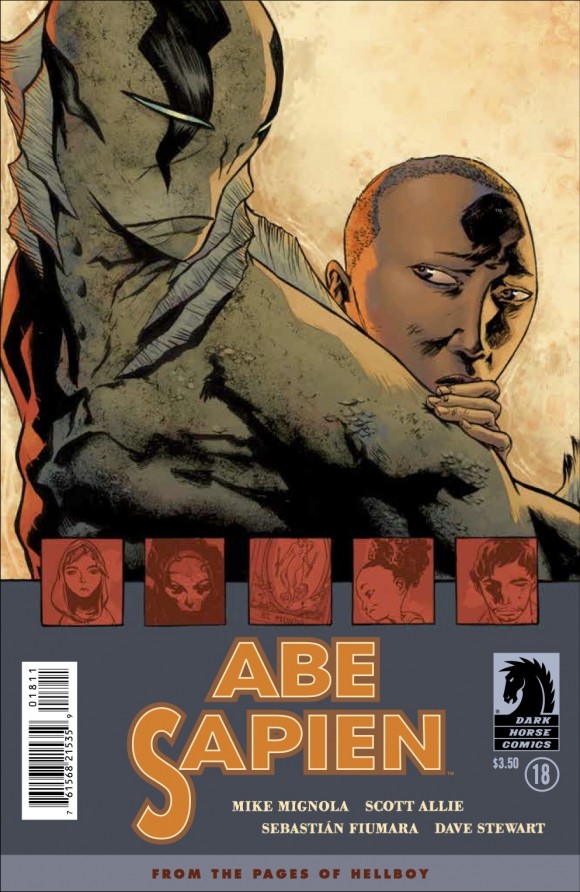 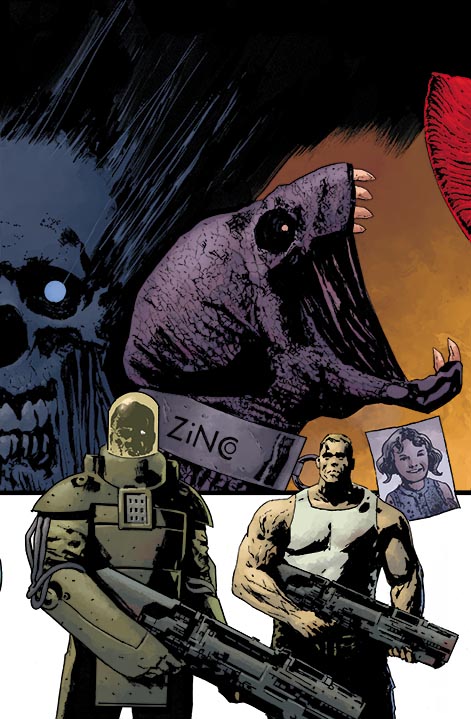 I’m hardly unique in this, but I’m often taken with a cover as much as I am the interiors of a book. A really great one can be like a small, affordable piece of art. It’s the reason I like to call out the best variant covers every week.

So in getting my hot little hands on these terrific Mignolaverse covers, I had the opportunity to ask Dark Horse EIC Scott Allie about what exactly goes into making a good cover.

Dan Greenfield: One of the things I’m always curious about is how an editor picks a certain artist to do a cover. For example: What led you to Laurence Campbell on BPRD? Or Ben Stenbeck on Baltimore (in November)?

Scott Allie: In both cases, these were books where Mike used to do the covers. A combination of him getting busy with other things — mainly Hellboy in Hell — and us wanting to acknowledge the contributions of the interior artists, led us to have them doing their own covers.

Well, for years, Ben was the only artist on Baltimore, and during that time we switched to him doing the covers. On BPRD, since Guy Davis left, there’ve been a lot of interior artists on the book. Sometimes we change every couple issues. We don’t want to change cover artists constantly, because we think the book benefits from some stability — you can recognize it on the stands from month to month by more than the logo. 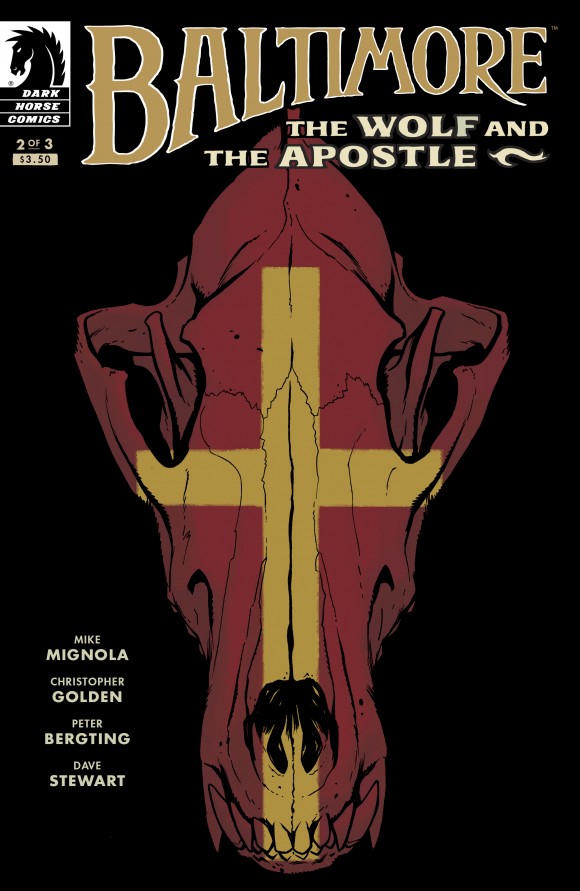 So while Ben has stepped away from Baltimore, we’re gonna keep him on covers for the foreseeable future, for the sake of some stability. Also, when he left Baltimore for this other gig with us, he said he’d like to supplement the interior work on the new book with cover work. We want to take care of Ben, keep him happy, so it made sense to keep him doing covers on the book that he helped define.

With Laurence on BPRD, his interior work on Wasteland really blew our minds. He brought things to that book we didn’t expect. So I guess the short answer to your question is that we didn’t so much pick these guys for this particular cover, this issue, but we decided we wanted their work to continue to define the book, whether they were doing interiors or not.

Some fans complain that covers today are too postery and that they don’t convey enough. Others prefer that approach. I have no strong feeling either way, but you seem to have a bit of both. The chief job of a cover is to sell the book. That I understand. But setting that aside, what goes into a good cover?

A good cover starts with a good idea. Whether that’s a poster or a literal scene from the book, the best idea is the best cover. Sometimes you read a scene, or even a panel description, and — Bam! — that’s the cover.

We tend toward the poster thing. Mignola tends toward the poster thing, because he’s such an incredible designer. We learned a while ago that the kind of design Mike does so well on a cover, you can’t just hand that to another artist and expect them to draw it. Mike draws in such an idiosyncratic way, only Mike can really draw a Mignola cover. Sometimes Mike’s given another artist a great sketch, the guy draws it just right, and you don’t get a good cover. We’ve learned not to do that.

Usually there’s enough crazy stuff going on in any issue of a Mignola comic that some combination of that craziness is gonna make a good cover. Maybe it’s one detail, maybe it’s how you put them together. You want the cover to tell the reader what’s in the book, because you believe what’s in the book is worth getting people excited. But you have to simplify it, you can’t give the whole thing away.

A good comic cover is different compositionally from a good novel cover, and different from a good Magic card. I get Magic card guys showing me portfolios wanting to get cover work. They might be the best damn Magic artist, but you can’t always transition right from that to making good comics covers. An artist has to really blow my mind to make me trust they can make that transition unless I’ve seen it … 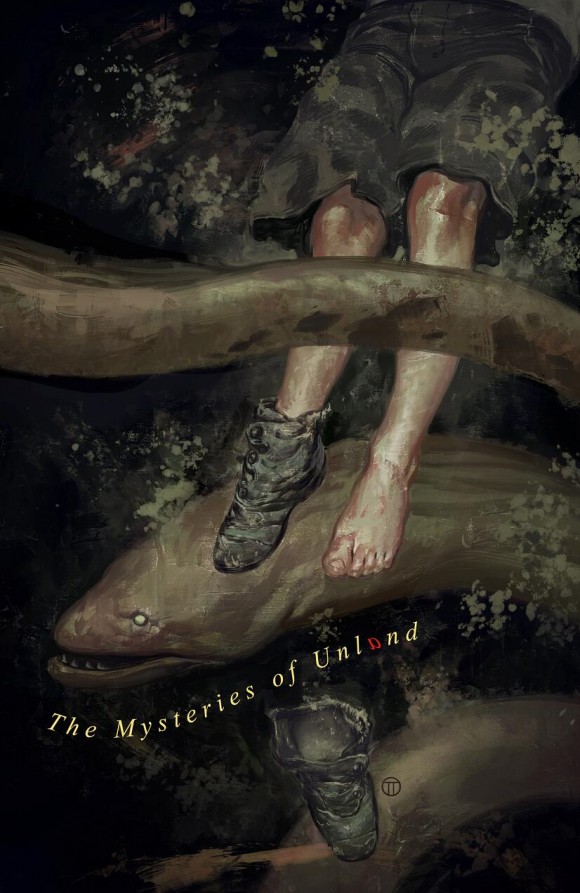 Do you, the writer or the interior artists often have ideas or or do the cover artists come to you with a concept? Do you typically share the script or just give broad guidelines?

Honestly I try not to nail it down too tight without the cover artist him or herself. It’s OK to have the concept — I think it’s my job to direct them toward the concept, what the subject matter of the cover ought to be. Me or the writer, or us working it out together. But if the cover guy comes back to us with something totally out of left field, if he shows me a sketch that isn’t what I asked for, but it works, that’s the cover. The best covers are the ones that hit the artist himself like a lightning bolt.

Not that they can’t do a great cover from an idea I pitch them, but my favorites are usually something that surprised me. Juan Ferreyra’s cover to Colder #1, Julian Totino Tedesco’s cover to Witchfinder #4. They defy some sort of expectation, and — Bam! — I love them. 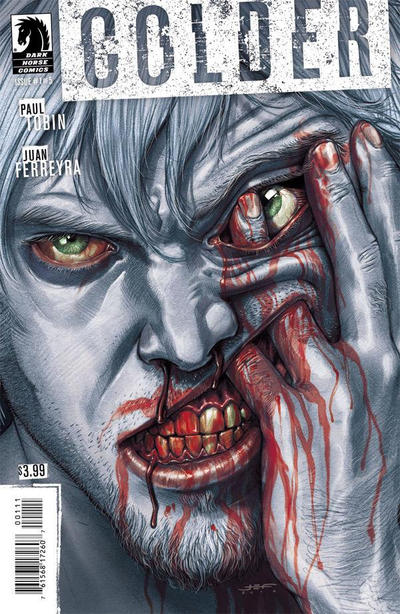 What’s the biggest pitfall in putting a cover together?

Number One is art-directing the life out of something. Sometimes that means abandoning something that isn’t working. Hiring a guy who can’t do it. Hiring someone who hasn’t done something, in their portfolio or whatever, that’s blown you away. Trying to tell too much story on the cover, or trying to say something that requires too much foreknowledge about the story or the characters.

What are three of your all-time favorite comics covers? Why?

The Colder #1 cover is an all-time favorite. It’s rare that a cover has a real emotional impact on a reader, rare enough that any art does. I stand by the idea that it’s not the blood on that cover that messes with people, it’s the concept of the hand inside the face, and how well it’s realized. The night that sketch showed up, the writer, Paul, and me, and both our wives, were in our respective living rooms freaking the hell out. 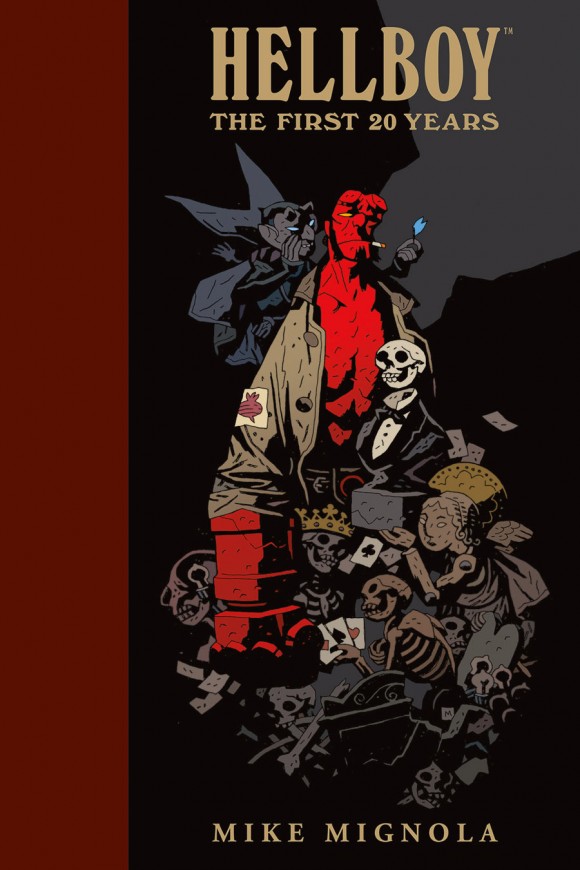 Mike’s cover to Hellboy: The First 20 Years — I love that cover, because it’s a great example of my very favorite kind of cover, which is Mignola doing that great montage composition. No one can do what he does with those covers. There’s a cover like that coming up which is as good a one of those as he’s ever done. Any one of those would make my list of favorite covers. Lobster Johnson Vol. 3 has a great one of those covers on it. Abe Sapien Vol. 3.

There was a cover we did on Creepy a couple years ago, Issue #9, by Dave Palumbo. That was another one that haunted me. Compositionally, color scheme. A very chilling cover. In some ways it’s very simple, but very elegant. 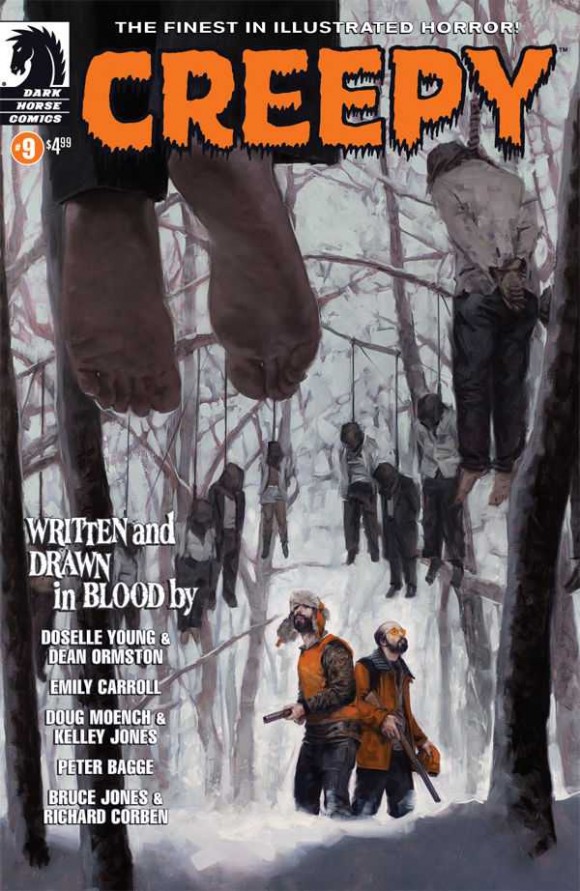