Get ready for Attack on Mars! PLUS: New comic-book heroes coming!

It’s been awhile since we’ve gotten some Captain Action news, but the wait was worth it:

The folks at Captain Action Enterprises will be debuting prototypes for a new series of 1/6-scale uniform sets at San Diego Comic-Con in July — launching a line called Attack on Mars!:

“It’s time we righted that wrong,” added Catto’s partner, Joe Ahearn. “The Attack on Mars! is a fantastic variant outfit designed to fit both original and modern Captain Action figures.” 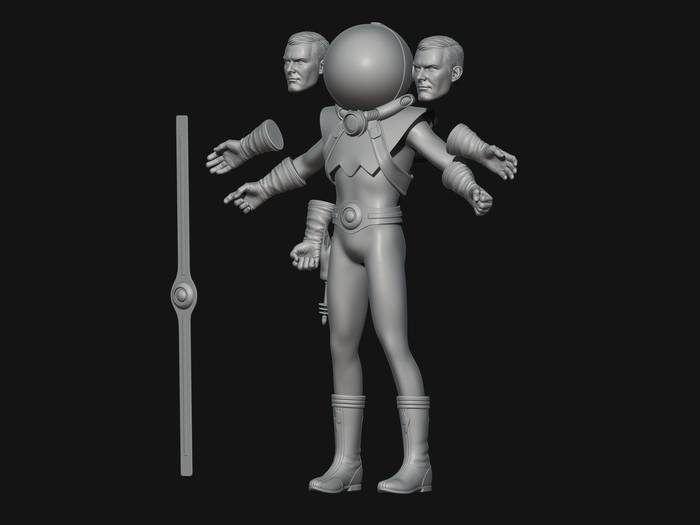 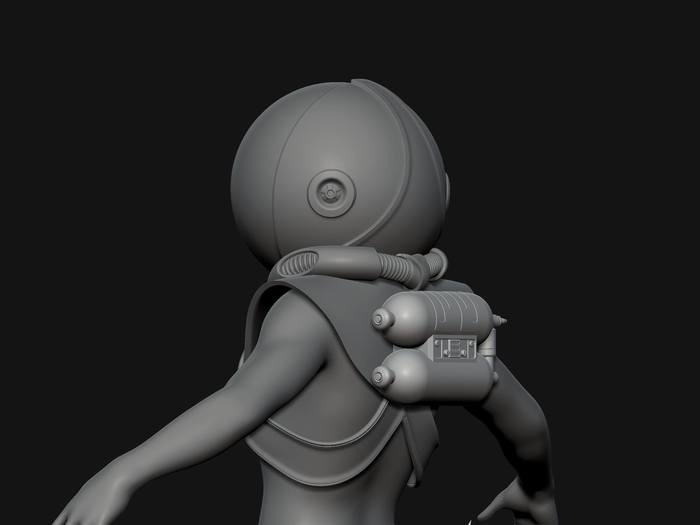 But this appears to just be scratching the surface.

According to Catto, “This set will be followed by several other licensed character uniform sets for Captain Action. Each set will be totally new and based upon comic-book heroes that have not been part of the Captain Action line before. The upcoming line will also include a villain uniform set for Dr. Evil, Captain Action’s arch-enemy.”

Even though the uniforms are all new, they’ll be sold in the classic-style window boxes, with painted art by Joe Jusko. 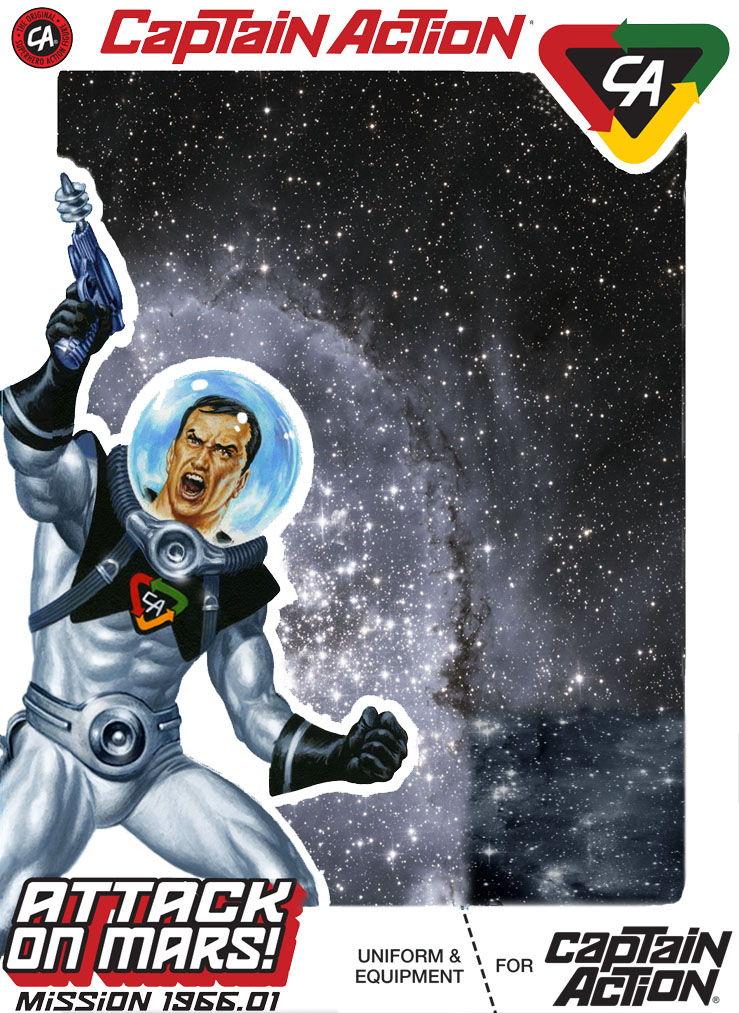 Info on availability and pricing will be made public at SDCC.

There will also be a “major” publishing announcement, Catto said. So that’s intriguing too.

CA’s San Diego headquarters is Booth #3921, hosted by Atomic Toybox Entertainment. A limited-edition print by Jusko will be available and he will appear at the booth for autographs. There will also be a special trading-card set offered at the show, as well as a CA panel.

The panel, scheduled for Thursday (7/19), from 4 to 5 p.m. in room 32AB, will include the annual customizers contest, Catto said. It will focus on space characters and settings.