Hey, here’s some groovy news: DC Comics is publishing the Batman ’66 Omnibus this summer, collecting the entire 30-issue run of the series — and then some.

The regular series ran from 2013 to 2016 (cover-datewise), a bit longer than the TV show itself, and featured a wide array of talent, including Jeff Parker, Tom Peyer, Ruben Procopio, Jonathan Case, Michael Avon Oeming, Colleen Coover and many, many others.

Oh, and of course, Mike Allred, who produced all the covers and who teamed up with his brother Lee and his wife Laura for the series’ brilliant Issue #30 finale. 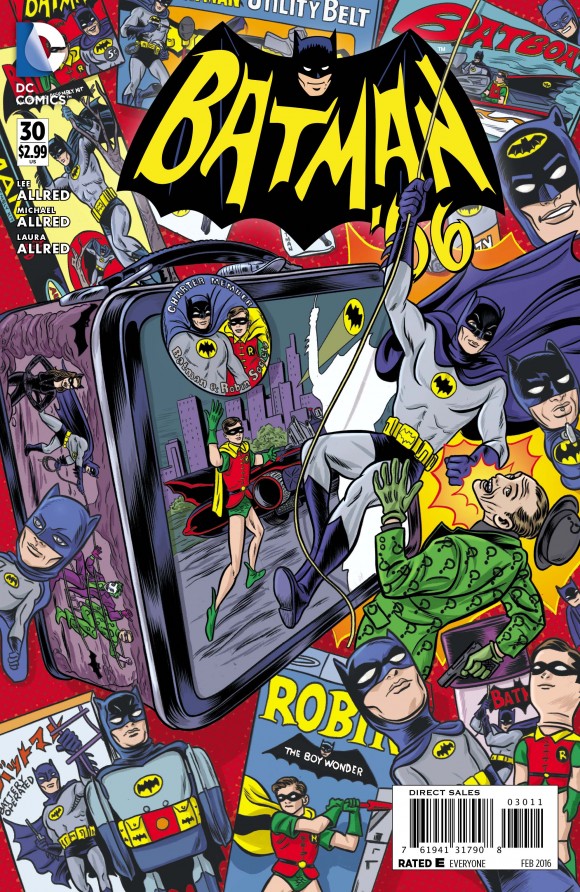 Not included? All the team-ups: Green Hornet, the UK Avengers, the Man From UNCLE, Wonder Woman ’77, and the Legion of Super-Heroes.

But that’s cool. Because that just means DC has the room to do a follow-up edition with all of those stories.

Here’s the official solicitation info, which will be formally released Monday, along with the rest of DC’s April 2018 listings. (Trades are advance solicited): 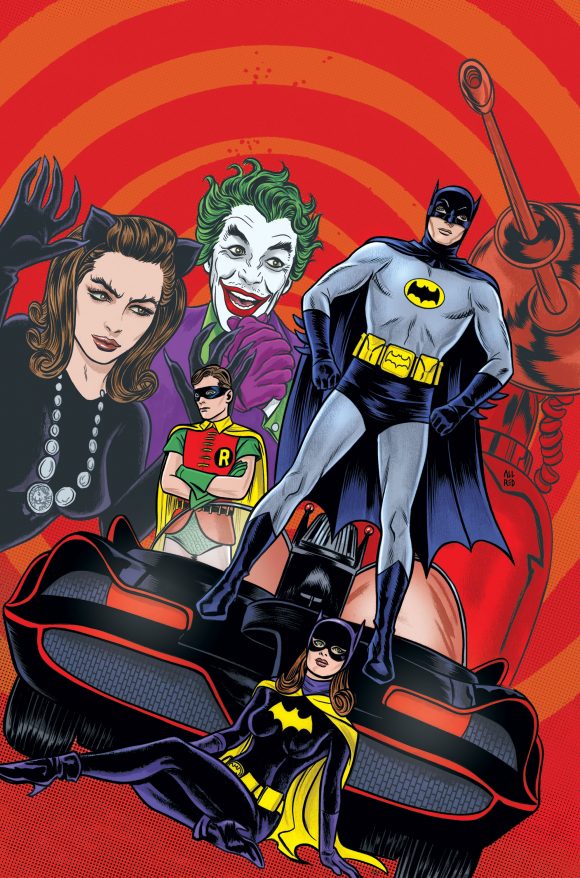 DC is using Allred’s Issue #11 variant to illustrate the solicitation copy. This is not the final cover of the Omnibus — but it’s an excellent choice if they indeed decide to base the book cover on it.

BATMAN ’66 OMNIBUS HC
Written by JEFF PARKER, TOM PEYER, ART BALTAZAR, FRANCO, LEN WEIN, HARLAN ELLISON, MIKE W. BARR, RAY FAWKES and others
Art by JONATHAN CASE, TY TEMPLETON, RUBEN PROCOPIO, CHRIS SPROUSE, CHRISTOPHER JONES, MICHAEL AVON OEMING, DARIO BRIZUELA and others
Cover by MICHAEL ALLRED
Put on your go-go boots and get ready to “Batusi” as DC reimagines the classic Batman TV show! In these tales, the Dynamic Duo takes on the Riddler, Mr. Freeze, the Penguin, the Mad Hatter, The Joker and more of the world’s most colorful Bat-villains! And in BATMAN ’66: THE LOST EPISODE #1, an outline from the original TV series featuring Two-Face is adapted to comics for the first time! This new Omnibus collects BATMAN ’66 #1-30, BATMAN ’66: THE LOST
EPISODE #1 and a story from SOLO #7.
On sale AUGUST 8 • 928 pg, FC • $125.00 US