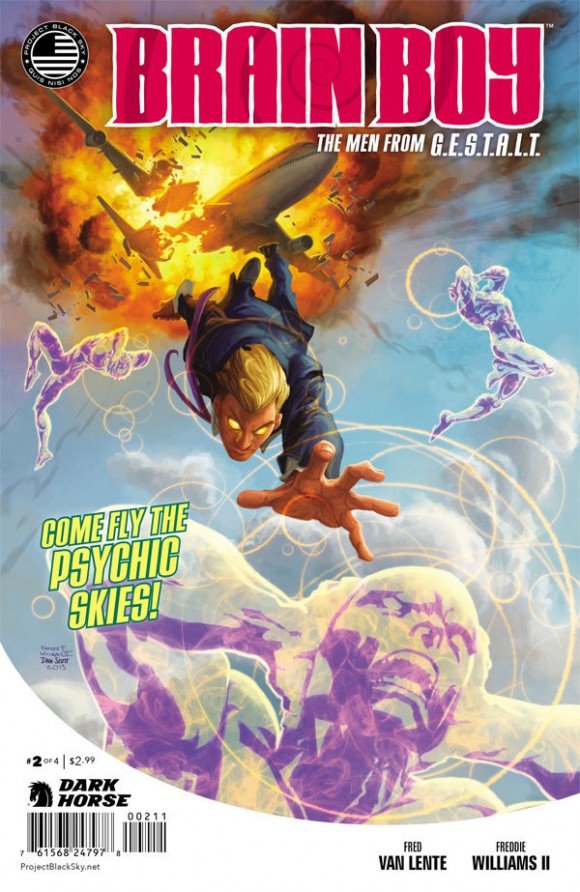 Van Lente’s Brain Boy: The Men From G.E.S.T.A.L.T. miniseries is out now, with Issue #2 due June 18, art by Freddie Williams II. But he’s also doing a Secret Files of Project Black Sky webcomic that updates with a new panel daily, noon ET.

Here’s Fred with a MIGHTY Q&A about both projects, as well as the next four panels of Secret Files — exclusively revealed here below! — and some cool sketches by Williams, Steve Ellis (another NYCF guest!) and Guiu Vilanova.

Dan Greenfield: OK, Fred, spill. Tell us all the secrets of Project Black Sky! Just kidding. But bring readers up to speed: Where do things stand and how do they relate to the web comic?

Fred Van Lente: Secret Files is kind of a Twilight Zone with superheroes, where we retell famous super hero origins but give them dark twists and twist endings.

We’re telling the alternate history of the world of the Dark Horse heroes, why it doesn’t resemble other super hero universes — and that’s because the mysterious Project Black Sky organization has been behind the scenes, trying to suppress technology and invaders (or visitors) from beyond its world whenever possible. 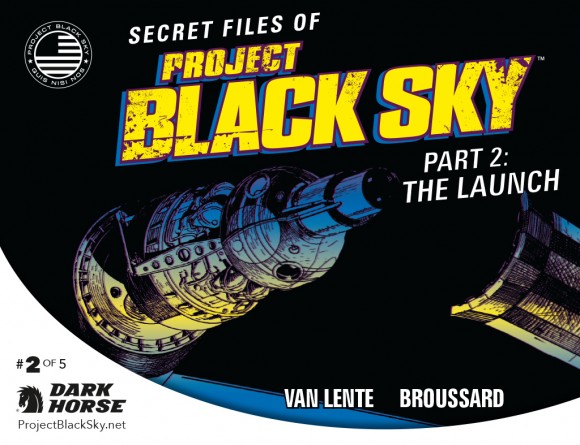 The Men From G.E.S.T.A.L.T. That’s brilliant. Again, for new readers of Brain Boy, tell us more.

Sure, “Brain Boy” is the derisive name given by jealous spies to Matthew Price, a psychic agent of the United States Secret Service. G.E.S.T.A.L.T. is the second story with him, but it’s fully stand alone (the first, “Psy vs. Psy,” just got released as a trade) and in it Matt travels to a doomsday prepper compound in New Mexico run by a psychic cult leader who’s making threats against the president. There he finds a hideous connection to Project Black Sky, the mysterious source of his own powers, and the mechanizations of the corporation that raised him, Captain Midnight’s Albright Industries. 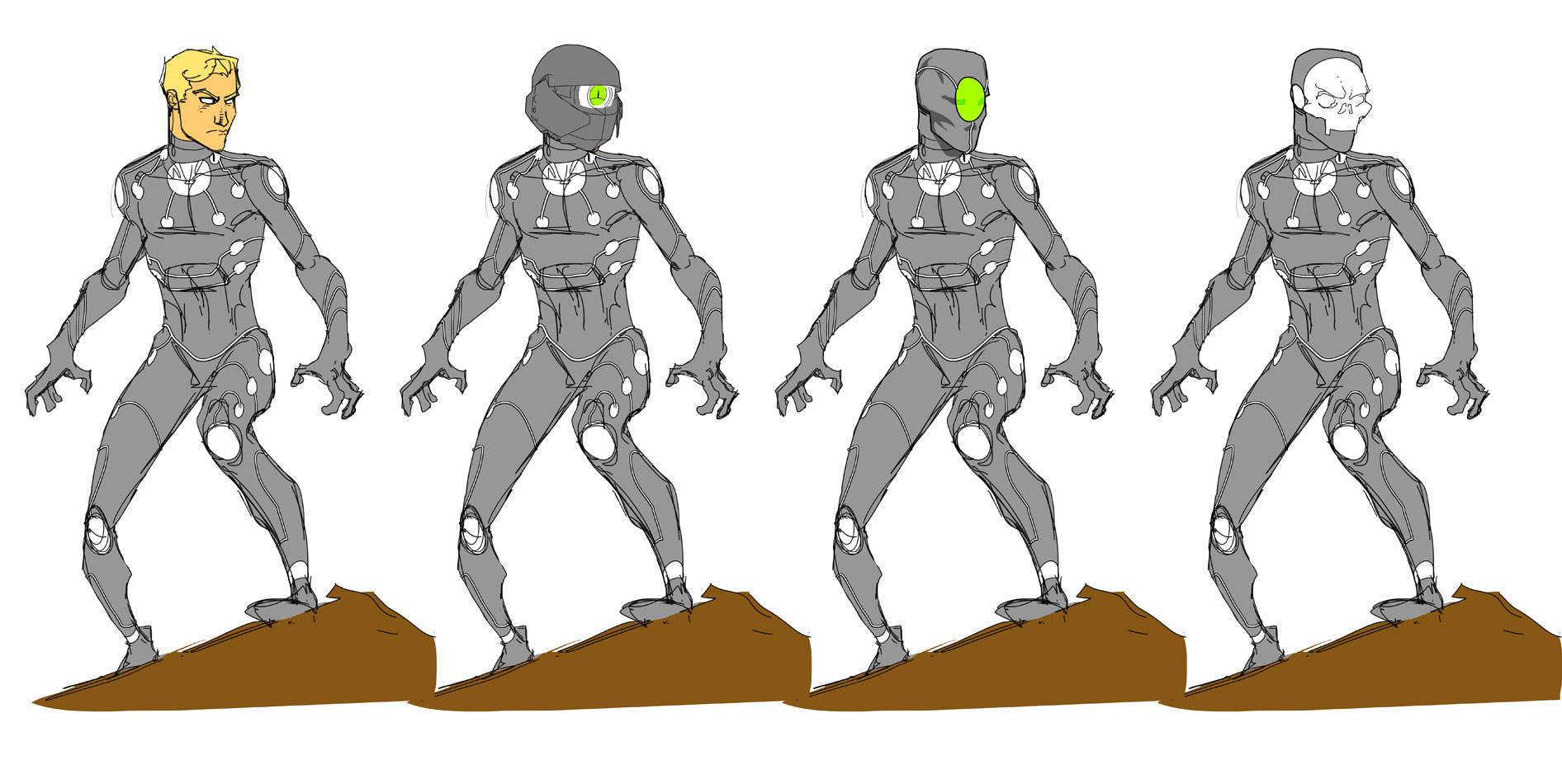 I’m pretty sure we’ve discussed this before, but tell us why you’re so into conspiracy stories: Shadowy and all that.

Everyone does like a good mystery, and really part of any fiction is slowly revealing more and more of the world to the characters and the reader as the plot advances. One of the earliest stories, Oedipus Rex, was trying to figure out who was behind the plague besetting the city — “Oh, wait, it was me.” 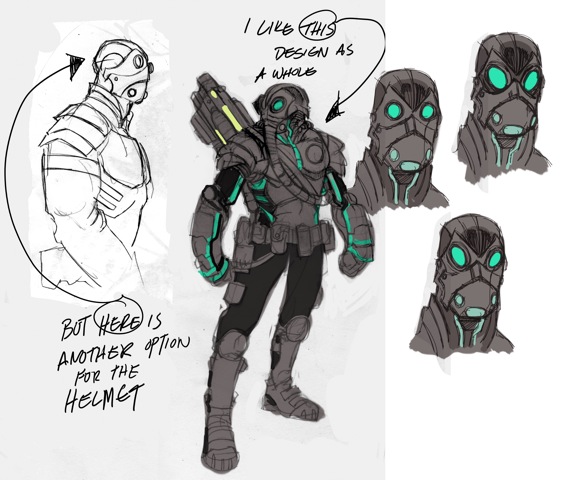 Brain Boy just might be one of the best superhero names ever. Did you go back and check out the original Dell stories?

I did! Dark Horse conveniently collected those in a hardcover, and in the Psy vs. Psy trade my great editor, Jim Gibbons, did a nice little piece in the back that showed the analogs between the original and ours — so go pick that up! 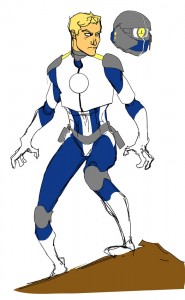 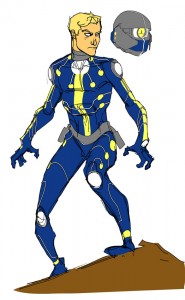 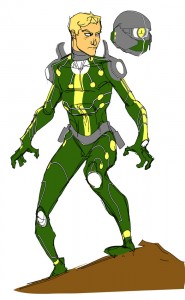 The webcomic has a pretty great conceit and looks like it’s really fun to write. We’ve already seen warped references to the Superman and Fantastic Four origins. There’s some “2001” and “War of the Worlds” thrown in there too. What else can we look forward to? Without spoiling any real surprises, of course.

Well, the first story was called “The Field.” As I write this, our second story, “The Launch,” is halfway through. The next story is called “The Ring.” (If you guess the heroes associated with all those titles, you win a special prize!)

It’s hard to pick favorites, but “The Ring” may be my favorite. It combines a very well-known jewelry-based super hero with H.P. Lovecraft, and is drawn by my longtime friend and collaborator Steve Ellis (who also did “The Field”). And Steve was pretty much born to draw Lovecraft, as can be seen here.

And, now the next four pages of “The Launch” — with art by Michael Broussard! 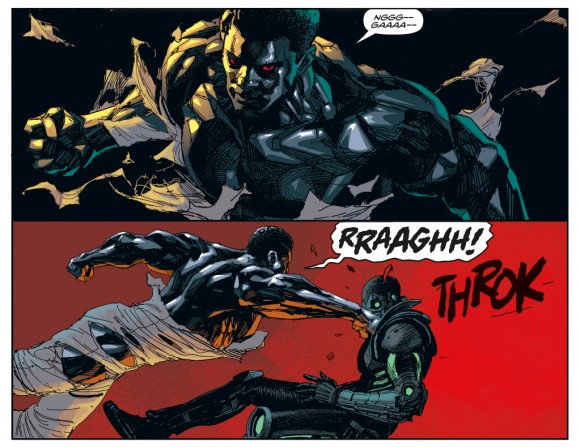 And as a bonus, EXCLUSIVE sketches of Project Black Sky’s mysterious Doctor O and Saxon, a Wolverine-like character, by Guiu Vilanova: 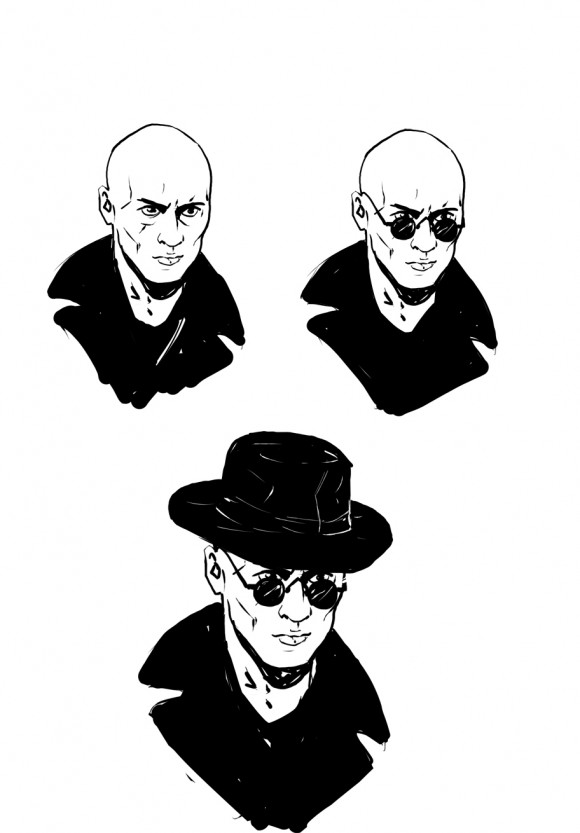