I don’t usually pick a massive tome like this for the BATBOOK OF THE WEEK, but this volume WILL NOT BE IGNORED!

And we’ve got some awesome EXCLUSIVE BONUS PAGES below!

I don’t have a lot of Absolute Editions. I just don’t.

But this is one I really want, even if it lists for $125 — because it’s the apex of Grant Morrison‘s run on Batman. 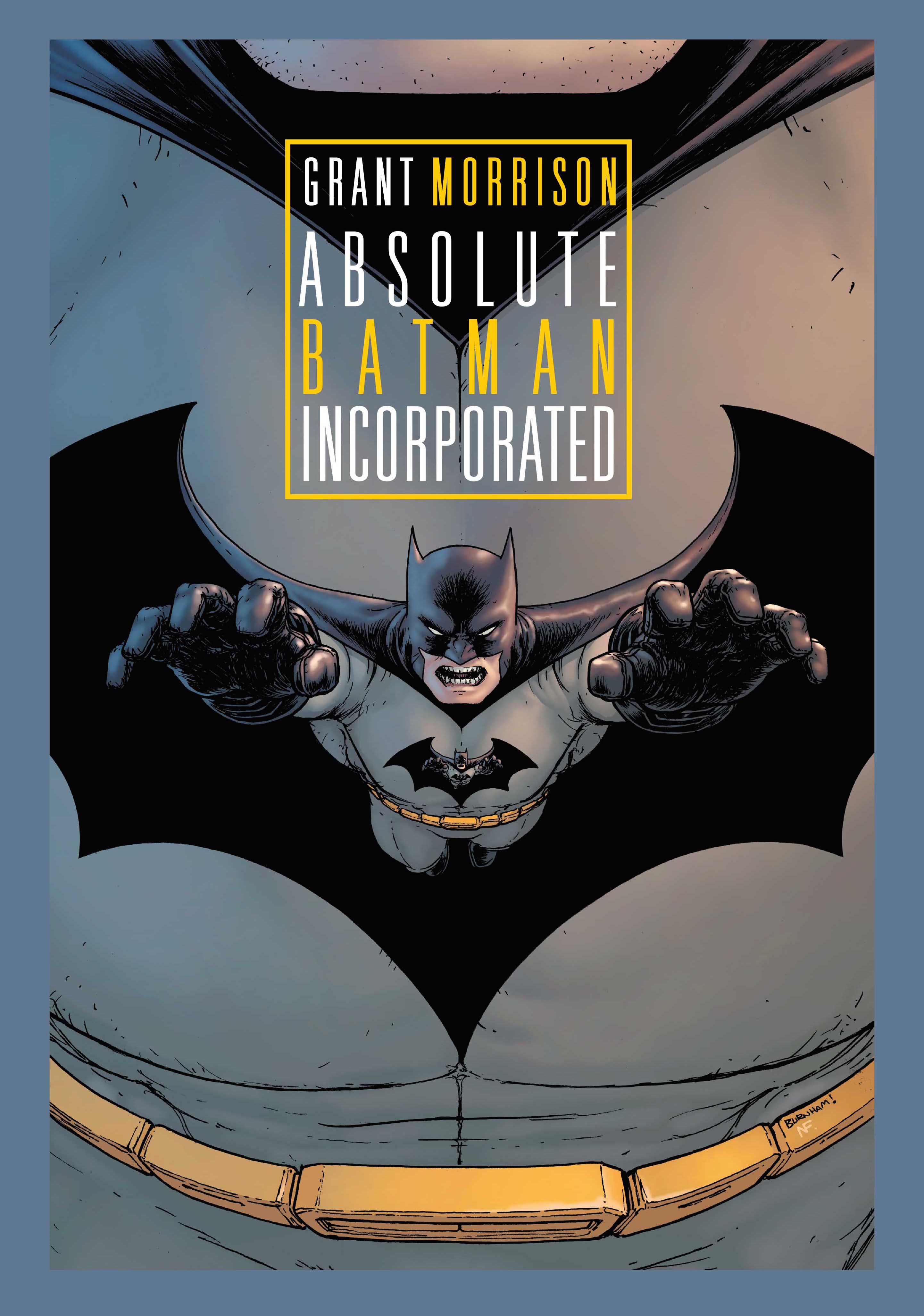 Front of the slipcase

I haven’t written a ton on Morrison‘s seven-year tenure, other than to muse about the death (and eventual return) of Damian Wayne.

On the whole, it was kind of a mish-mash and it wasn’t helped by the intrusion of the impenetrable Final Crisis; the timing of the New 52; scattered crossovers, minievents, miniseries, retroactive issues and one-shots; and a rotation of artists whose ability to translate Morrison’s often-inscrutable vision varied greatly.

In my own personal Multiversity, I like to imagine an Earth — Earth-G? Earth-M? — where the seven years of Morrison‘s run was set out with clarity and consistency. 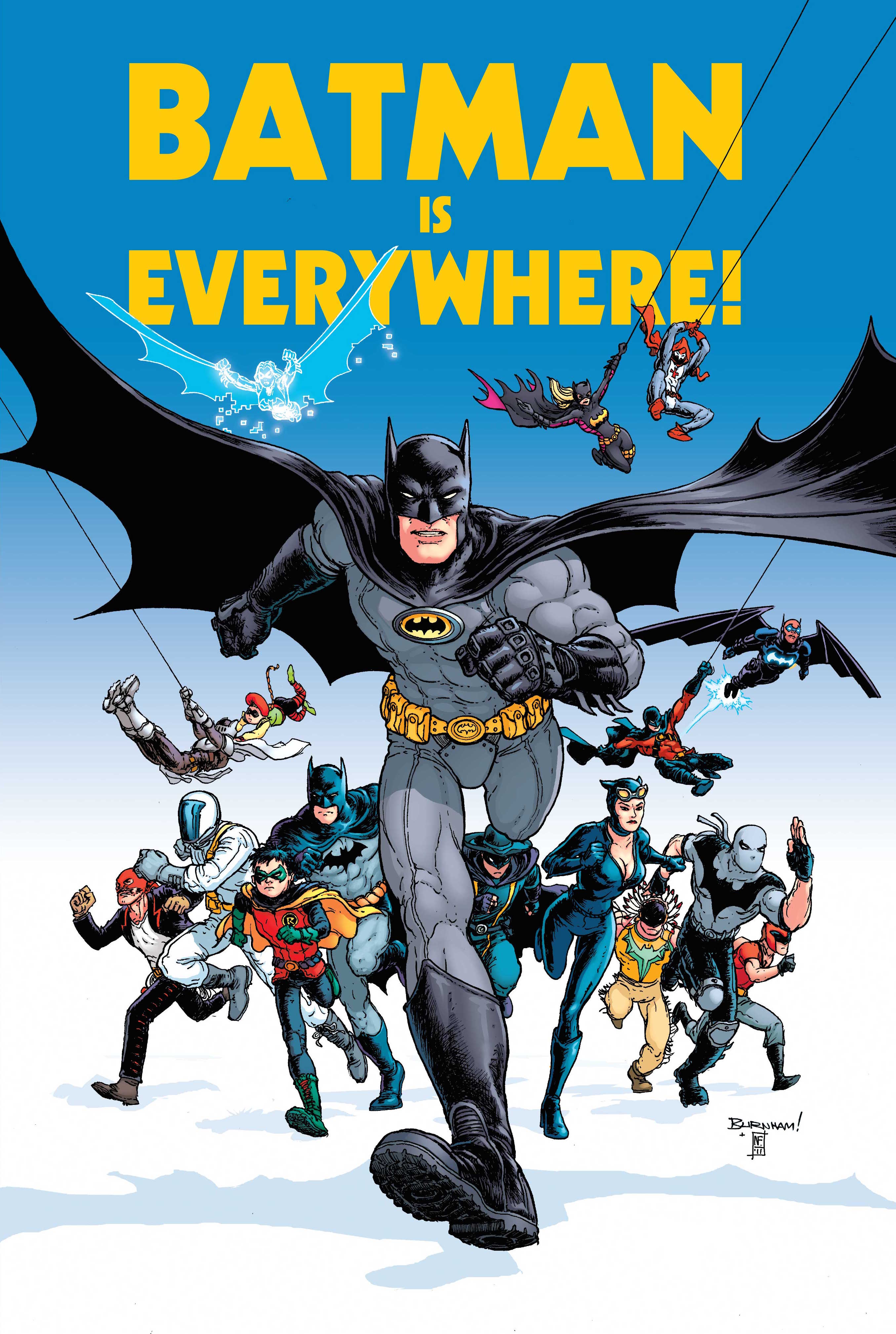 Front of the book cover

But the ideas were always there — and never were they more adeptly and confidently conveyed than they were in the final, post-New 52 Batman Incorporated arc, which makes up the back half of this edition.

Whatever it was, it was a masterpiece — Batman‘s final showdown with, Talia, the mother of his son — greater even than the much-loved Batman and Robin run that preceded it. (I have that Absolute Edition too.)

Morrison maintained that his run was grounded in the notion that all 70-75 years of Batman‘s history mattered: The wacky early Silver Age alien stuff fit in, as did the Golden Age gun-toting, dark avenger. He helped to redeem the Adam West years while also paying significant homage to the Denny O’Neil-Neal Adams era that was designed to obliterate it.

Never was that more on display in those final issues, which veered all over the place but never lost its way. There were tons of Easter eggs that enriched the experience for long-time readers while never distracting newer readers.

Most of all, if Batman and Robin readers learned to like Damian Wayne, it was Batman Incorporated readers who learned to love him like their own wayward son.

So why not just buy the regular trades? Well, you certainly could. But then you wouldn’t get the new art produced by Burnham to replace the fill-in art that was sometimes necessitated by deadlines.

One last thing: I remember Morrison telling me in an interview that he thought people would freak out at the ending, which I won’t spoil here. I think he was wrong because I don’t remember any mass hysteria.

All I can say is it was perfect — and given Morrison’s entire philosophy of Batman and this epic, it couldn’t end any other way.

And, now for the EXCLUSIVE bonus goodies! 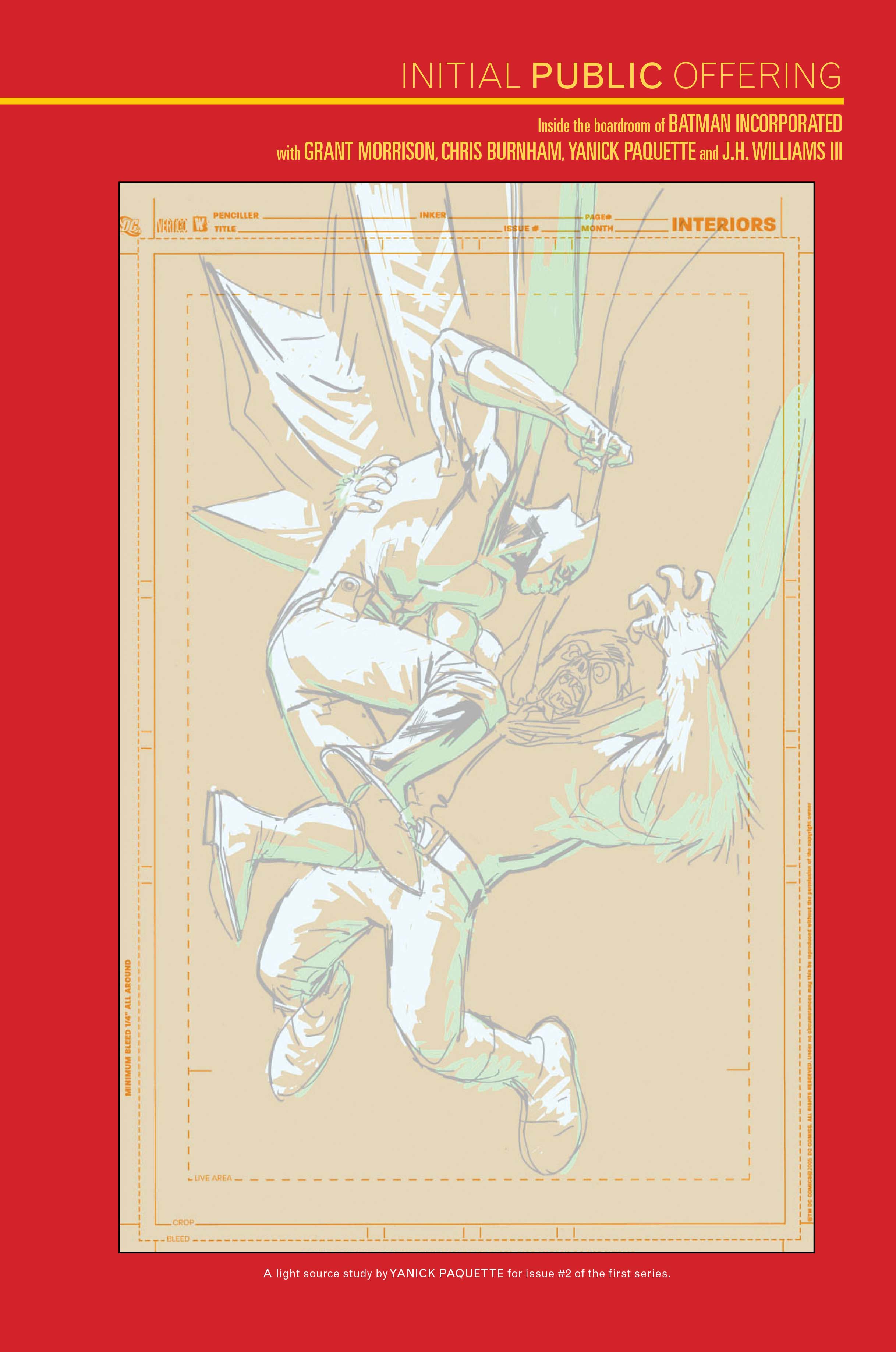 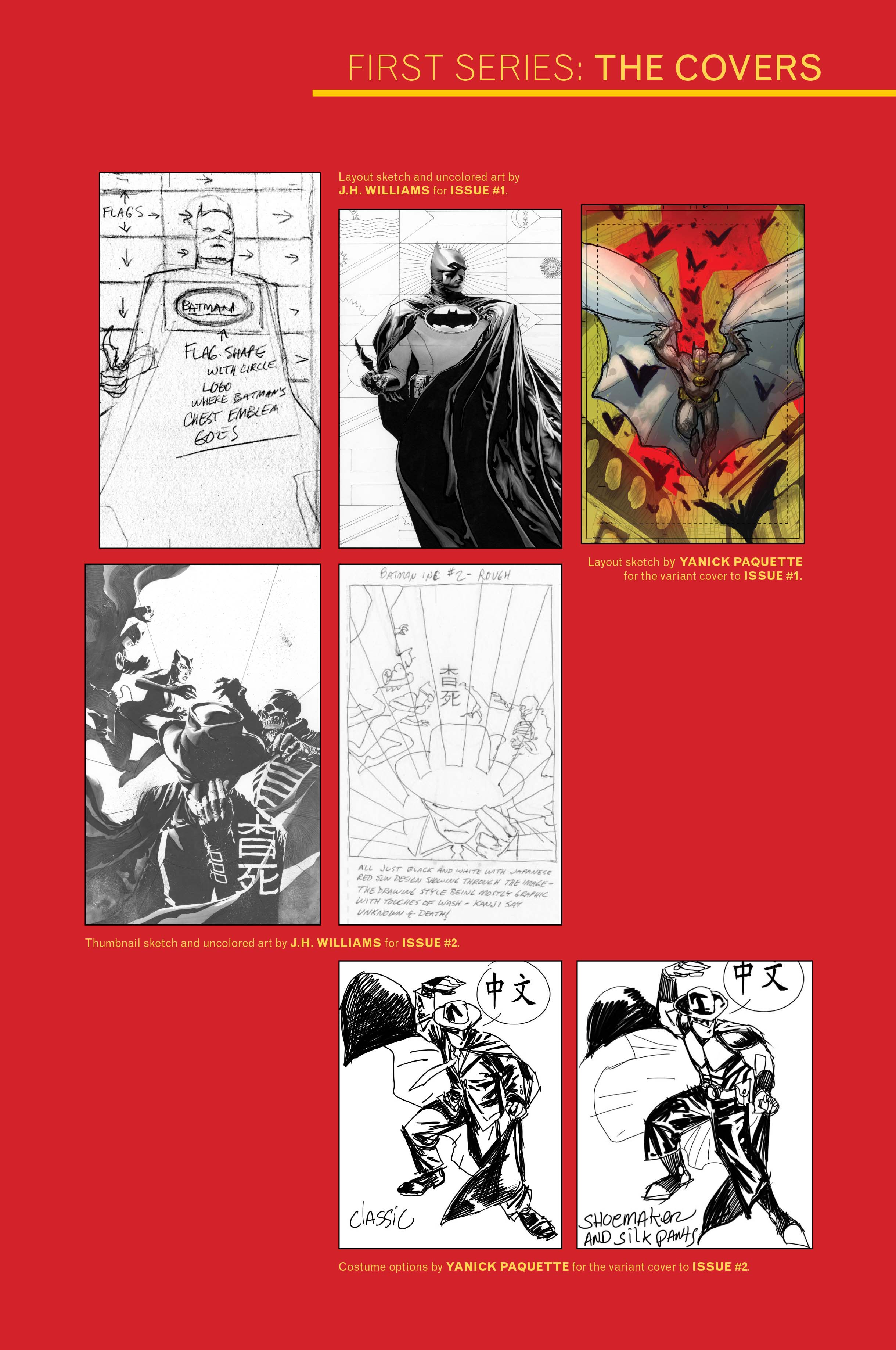 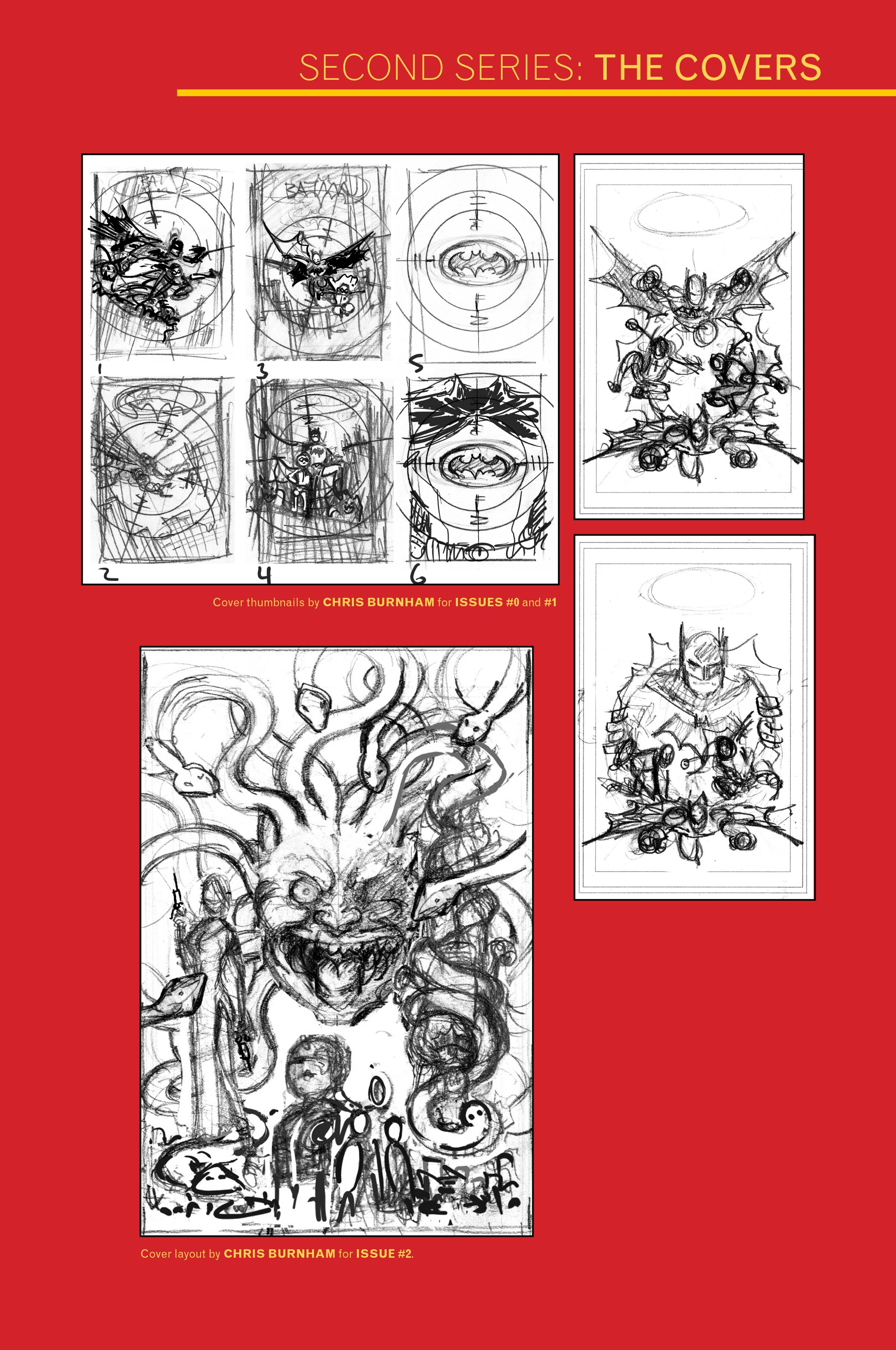