ESCAPING the ORDINARY, by Menachem Luchins

Menachem’s column about offbeat books that deserve your attention gets a new name! And this time, he shines a spotlight on John Allison’s webcomic Bad Machinery, which has a print volume out this week. 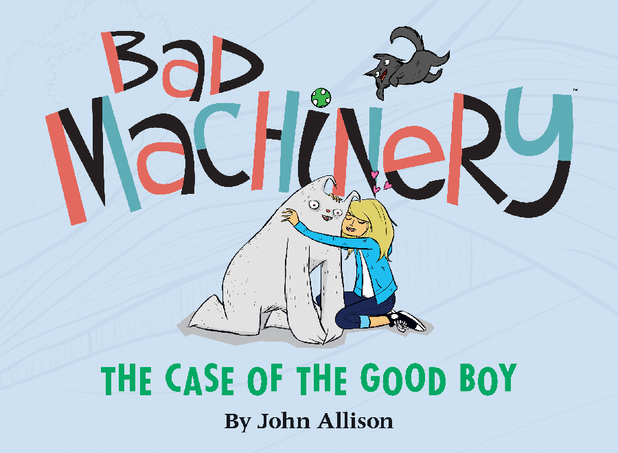 You know when you’re a kid and you discover, usually from your parents, that the Beatles broke up? You’ve been hearing all these great songs and, yeah, you know the band is old and maybe not around anymore … but that they broke up, that they couldn’t get along? That’s just about the saddest thing, right?

That’s what happened to me when, five years ago, Bryan Lee O’Malley wrote that Scary Go Round, the webcomic John Allison had done for five years, was ending. I had JUST DISCOVERED IT, it couldn’t end. It just COULDN’T.

But it did. Allison announced around the same time that he would be moving on to a new webcomic called Bad Machinery, which would take place in the same fictional town, feature many characters who had, very slightly, appeared in Scary Go Round and be a more episodic, plot-driven book. The main characters would be middle-school children who solve crimes. No, really.

What Alison does that makes this work so different from Kate Beaton’s “Mystery Solving Teens” (who were, apparently, inspired by the same event that inspired Bad Machinery) is how clearly he defines each personality. After years of writing complex and surly twentysomethings, the cartoonist seems to take flight with these preteens. Before you’re halfway through the first case, it’s as if you know them all.

What makes the comic work is not just the personality of the characters, though, but that of Tackleford. In Scary Go Round, backgrounds and locales were sort of just … there, y’know …  in the background … but with Bad Machinery the depth and life in every panel is kicked up all the way to 11. In the same way Cerebus pulls readers into the world through Gerhard’s lushly detailed backgrounds, Tackleford comes alive through the colors, the details, and the consistent movement and angles of the panels.

Over the last five years I have seen these children grow into young teens — their every case challenging them not just cerebrally but emotionally. The path of these young people’s lives is so perfectly plotted that I care for them as much as I ever did for Tamora Pierce’s Alanna and far more than I do for Harry Potter. 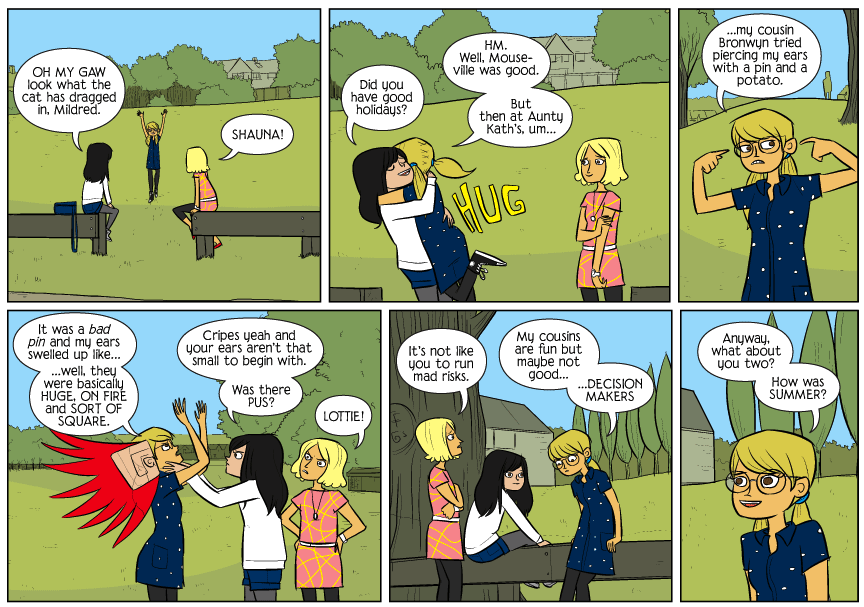 But humor is the real goal of Bad Machinery, and it is one that it hits time and again. By far the funniest series on the web, it is the situations, the personalities, and the awesome bewilderment that comes with being a teen that bring the laughs home, while still keeping the characters three dimensional. 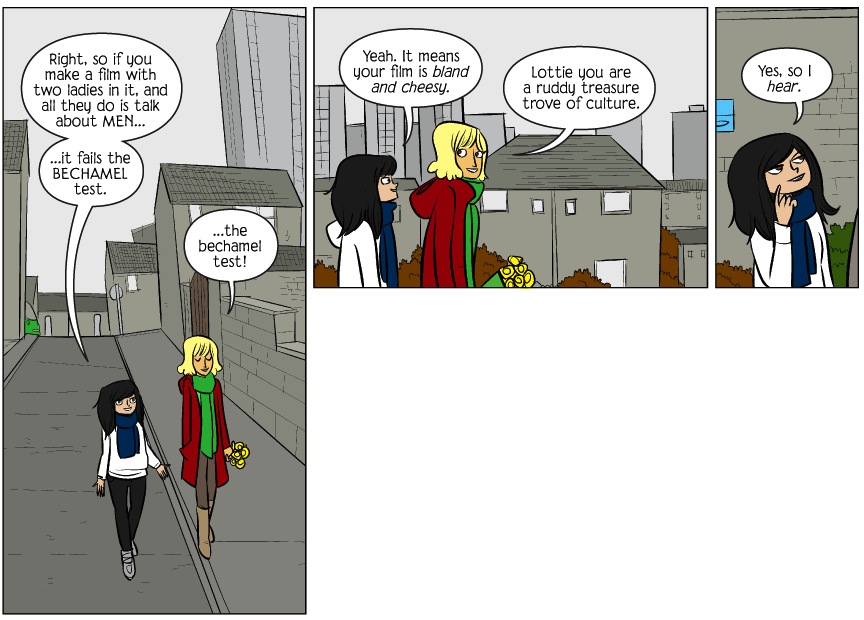 Bad Machinery goes up (at least) five days a week on the old scarygoround website and has a five-year archive to read. The first case was collected by Oni Press last year, and the second one, “The Case of the Good Boy,” comes out this week (3/12/14) at all fine comic shops.

Who would like it: Readers of Scott Pilgrim, Kate Beaton’s work, Calvin and Hobbes and watchers of “Adventure Time,” “Bravest Warrior” and “Daria.”

Menachem Luchins, a regular member of our HOT PICKS team, is the owner of Escape Pod Comics in Huntington, N.Y.