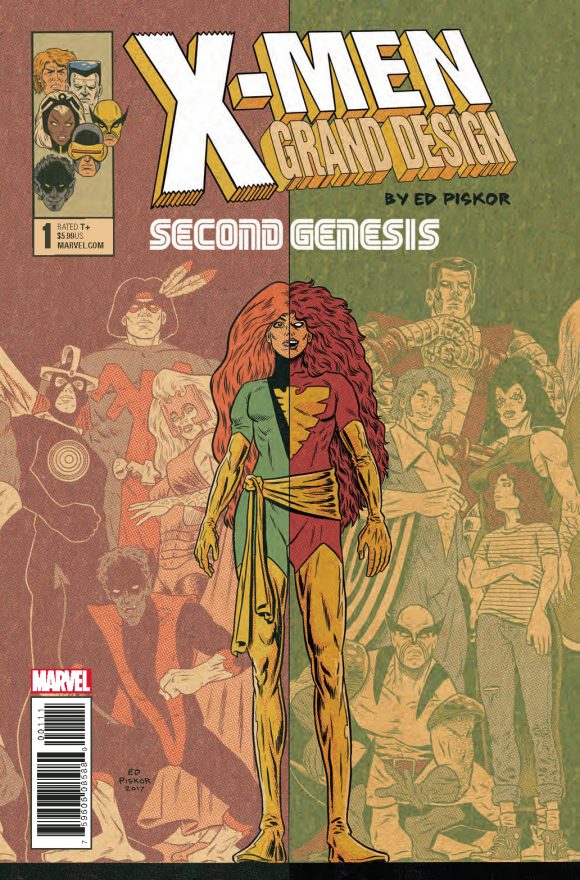 The second, two-part installment of Ed Piskor’s X-Men: Grand Design — which takes the original series’ first 300 issues or so and turns them into a single, cohesive narrative — kicks off this week (7/25).

Dubbed Second Genesis, the series moves full-on into the All-New, All-Different era of the ’70s.

13th Dimension contributor G.D. Kennedy spoke with Piskor not long ago, and the discussion turned to the cartoonist’s favorite artists… 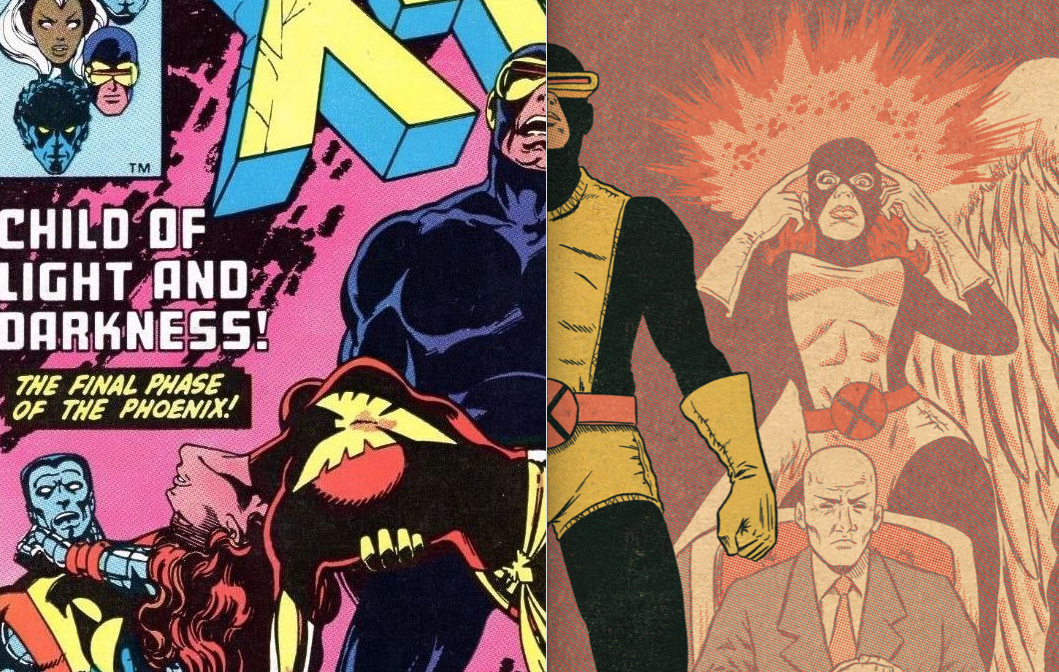 John Byrne and Terry Austin on the left. Piskor on the right.

G.D. Kennedy: Who are your favorite X-Men artists?

Ed Piskor: This is in no particular order.

You’d have to say Kirby, Jim Steranko, Neal Adams, Barry Windsor-Smith, Dave Cockrum, John Byrne. Art Adams. I like Rick Leonardi! He would pop in to help out. I can’t think of specific issues but he did a lot of ’em – it would be like when Marc Silvestri needed some help. Silvestri’s one of my favorites.

Paul Smith is dope. He came in and he did 12 issues with Claremont. Like, the Brood was Dave Cockrum to start but then it was Paul Smith. Paul Smith comes right after. It’s like X-Men in Japan. He did (Logan’s wedding) that issue. He did about 12 that apparently—people tell me—are underrated. But I mostly deal with cartoonists and we all love him so I’m a little bit out of the loop. 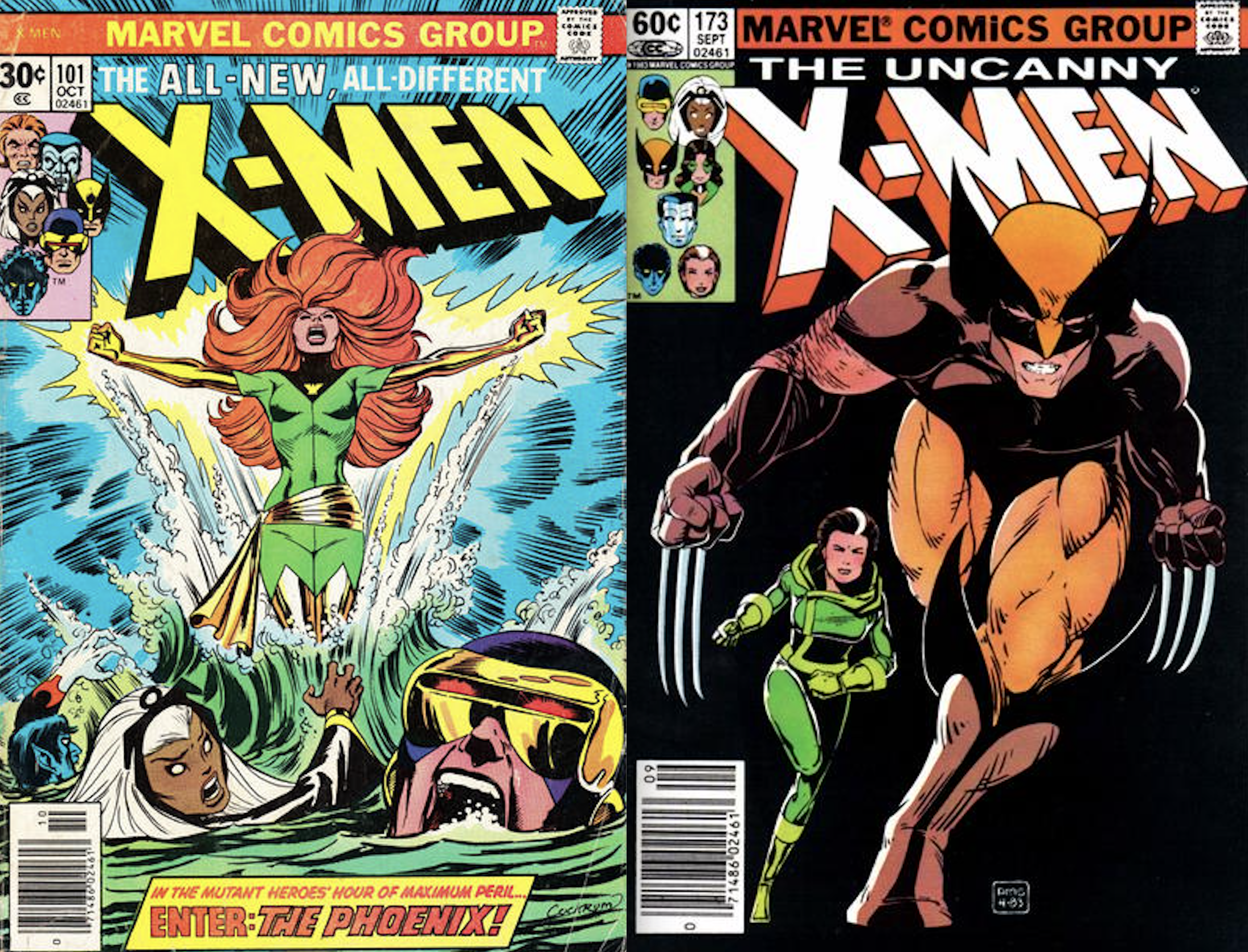 Cockrum on the left. Smith on the right.

(I like) Jim Lee. Rob Liefeld did an issue, man. I’m an unapologetic fan of Rob Liefeld. I always have to defend him because a lot of people do know that about me. But he served a major purpose in my entire peer group becoming cartoonists and for that if nothing else. 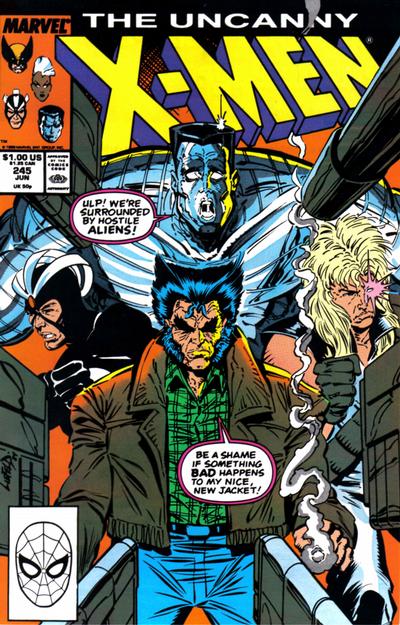 G.D.:  You said you never read the Morrison run, but Frank Quitely’s work on that . . .

Ed: Oh! I’m a HUGE Frank Quitely fan. Did you see that BBC show? (Click here. – Dan) It’s a half-hour long. It’s worth the look, man, because you’re in his studio, you’re seeing him arrange. You’ll see a script and just all his doodling in the margins. You seem him in his little studio using Akira volumes as pillows. Like, “It takes three Akira volumes to stabilize my spine!” 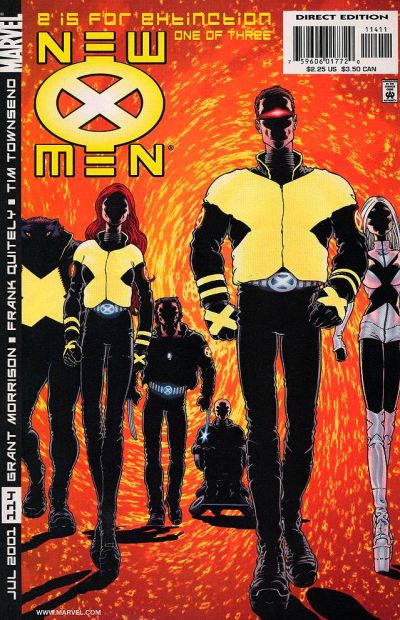 G.D.: I don’t know if I’ve actually ever seen any of his original art or anything.

Ed: Really? When I was a kid, basically, like in 2010, I was self-publishing this book called Wizzywig, about computer hackers. And I developed a HUGE… Nordic following. There’s like a big computer/technology hacker universe in Scandinavia.

So, I got sent out to this convention out there. It was my first time abroad ever and the first time I was on an airplane in, like, 20 years at that point! And I was sent out there with Dan Clowes and Chris Ware and Charles Burns, like, to me the trinity of American cartooning!

And Frank Quitely was there! And I’m, like…my immature jerky butt was out here with ALL the coolest dudes, man! And I got to see his art out there. It was really humbling, SO tight. It was all there, you know? And it was in pencil, which I almost don’t draw. I mean, like, I draw in pencil but I really draw in ink. I do something quick. 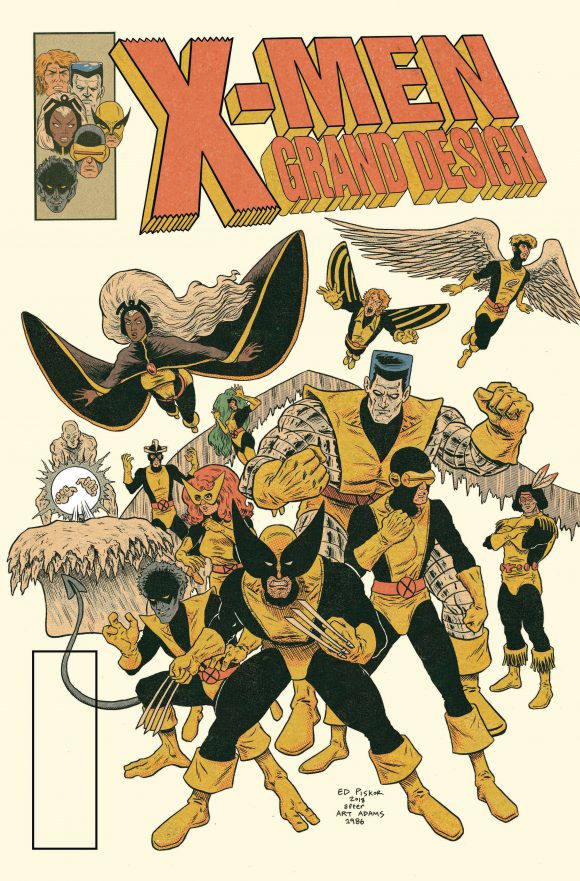 G.D.: So, how far is Grand Design going to go? Will you make it all the way up to the Ultimate X-Men?

Ed: Naw, I can’t read ahead. I can’t catch up. A lot of that after Claremont, is frankly unreadable. You know, the stuff that comes directly after? It’s unreadable. I can’t do anything with it.

G.D.: There’s a chunk of stuff there that’s not great. And then you get that Grant Morrison stuff, which I love.

Ed: Yeah, people recommended it. The art [before that] was always fun. Up to a point I just didn’t pay attention. You know, I liked Joe Madureira. I liked it when John Romita Jr. came back in Issue #300.