Volume 2 of his funktastic Eisner-nominated history is out today — and we grill him mercilessly with a MIGHTY Q&A:

Oh, and he’s going to be at Locust Moon Comics in Philadelphia on Saturday 8/16, so go check him out if you’re in the area! 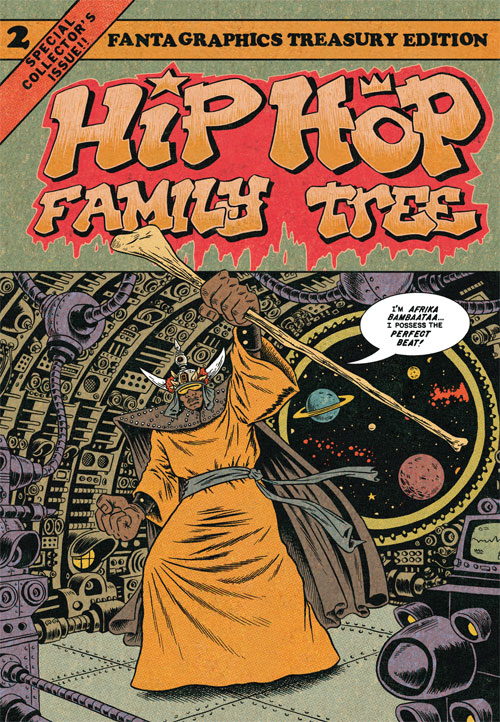 Ed Piskor: This is a comic that’s been bubbling in my mind for more than half my life. I’m a big fan of rap music. I’ve studied it for years and at this point I don’t know if there’s another cartoonist who has the willingness to do the homework required to tell such a comprehensive history of Hip Hop. I’ve read Ice T’s autobiography so you don’t have to. Haha.

The second volume covers the early ’80s. Do you have an endpoint in mind or will we get up to the modern day at some point?

The cool thing about choosing Fantagraphics as my publisher for HHFT is that they don’t circumscribe me to some particular end goal. I’m just letting the work breathe as much as it needs to so I’m not sure what will encompass each book, but I will tell you that I’m signed up for six of these beasts. I don’t think six books will get me much past 1987, if you had a gun to my head and I had to make a guess where Book 6 will end. All that said, if the project is still fun, we’ll continue making HHFT comics beyond what we’ve initially signed up for.

The first volume had a great retro look and feel. I love it. Will this aesthetic continue or will it evolve along with the stories you’re telling?

I’m not sure. There will at least be little tweaks here and there. The problem for me is that color in comics never looked more crappy than in the mid-late 80s, so I don’t want to replicate a nasty aesthetic just to keep things congruent. 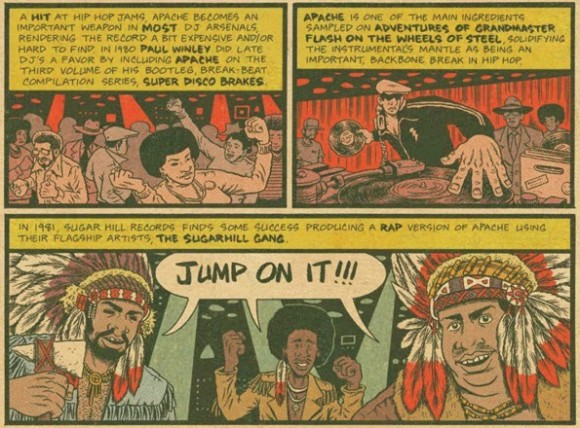 What kind of response have you gotten from any recording artists? What’s the best reaction you’ve gotten so far?

Unanimously positive. I’ve gotten some good ones and I made sure to use some of them for quotes on the back cover. Fab Five Freddy for instance said, “Being in an Ed Piskor comic is cool enough to freeze hot water.”

From a comics perspective, what were some of your own influences in undertaking this whole project?

HHFT is an exercise in world building so the biggest inspirations writing-wise are Chris Claremont’s X-titles and Larry Hama’s G.I. Joe comics from the ’80s. The art is inspired by damn near every mainstream cartoonist pre-1990. 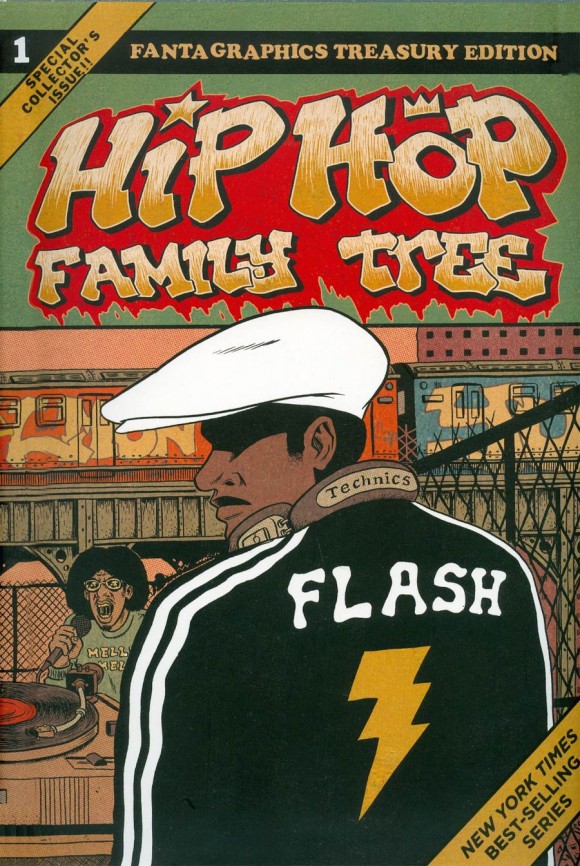 New Kids on the Block is in the book? Explain. Really. Please explain.

If I were to draw the branches of the tree to get to NKOTB it starts with a Hip Hop/ Electro-Funk ground called the Jonzun Crew. In the early ’80s the Boston-based Jonzuns had some funky hits but they didn’t have a tremendous hit. Lots of Hip Hoppers are fond of the group but they didn’t contribute too much to rap.

Maurice Starr, from the Jonzun crew discovered the Boston-based group New Edition which DID become a hit, but when he decided to use that same formula only using five white boys, he created the Boston-based New Kids On The Block and created a phenomenon.

Felt like if I’m going to mention the Jonzun Crew then I gotta mention their biggest accomplishment. 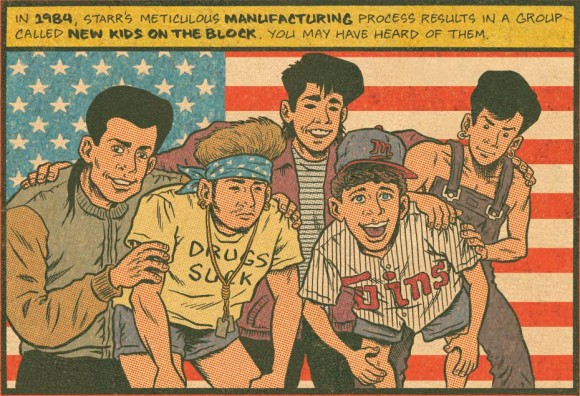 Hip Hop Family Tree Vol. 2 is in stores as of today 8/13 and you can also pick up Vol. 1, which Fantagraphics re-released in conjunction. The book is also serialized at Boing Boing.