More people should be reading this book — and here’s why: 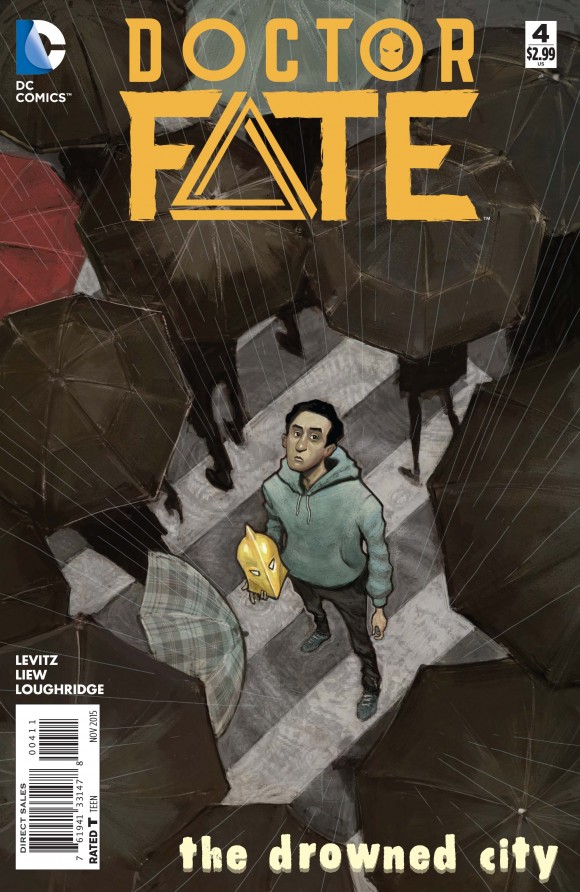 There’s a funny line in the song “Arthur Curry” by the novelty act Ookla the Mok. It’s a tune that’s a first-person lamentation by the Sea King about what little respect he gets:

It’s a clever, knowing lyric about two DC mainstays who never seemed quite able to sustain their own series for very long (though, in actuality the good doctor hasn’t had too many chances).

Of course, the song was written well before the New 52, when Aquaman was launched yet again — but this time to both critical acclaim and healthy sales. The solution, it seemed, was to boil Arthur down to his most basic essence. 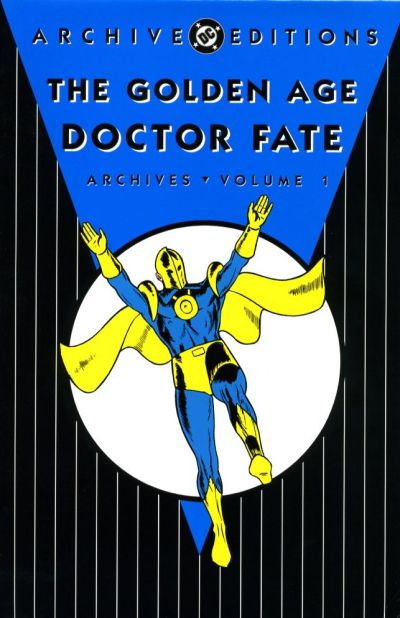 A little less than four years later, DC went back to the Doctor Fate well, but did a 180. The new Doctor Fate is a character created out of whole cloth, a brand-new spin on one of the publisher’s oldest heroes.

Gone is Kent Nelson, blond-haired archaeologist, and in his place is Khalid Nassour, a Brooklyn med-school student of Egyptian descent. But this is very much a Doctor Fate story. Our new guy wears the helmet of Nabu, even if he also wears that wardrobe staple, the hoodie. (This is not the same Dr. Fate introduced a while ago in the book Earth 2, by the way.) 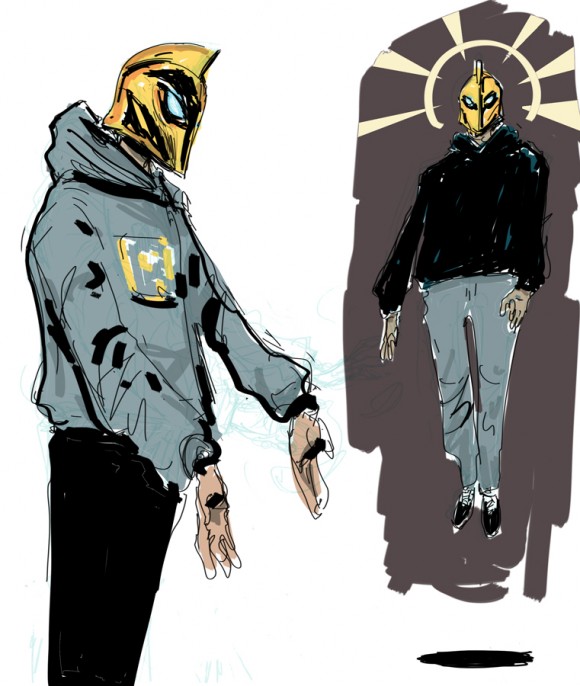 The response has been mixed. Critics like it, but as often happens, the sales are not keeping up.

Which is too bad because this is one of the best titles of the controversial DC You initiative: It’s smart, humanistic, with a terrific sense of place.

And not only do we get consummate pro Paul Levitz writing it, we get terrifically idiosyncratic art by Sonny Liew, whose work I especially liked in The Shadow Hero.

So I’m making a point of pushing this book because this is the kind of superhero book we need more of: less cookie-cutter, more daring. If you dig it, pre-order it. If you want to take a chance, pre-order it. (The final cutoff for Issue #5 is 9/28). In the meantime, I asked Paul Levitz to talk about the book. (In Part 2, we talk with Sonny Liew. Click here.)

Dan Greenfield: Sometimes when characters are rebooted, they feel so far from the original that they’re practically new characters. Other times, the reboot is rehash. Yours hits the target. As someone who is that knowledgeable about DC history, what went into your thinking in developing this new Doctor Fate?

Paul Levitz: The key to me was the Egyptian connection. Back when the original was done, Egypt was a mystery to Americans and to the presumed audience of comics. Now we’re much more aware of Egypt’s place in history, and in current events, even if not of Egyptian mythology. I wanted to dive deeply into all those rich veins and take advantage of them. 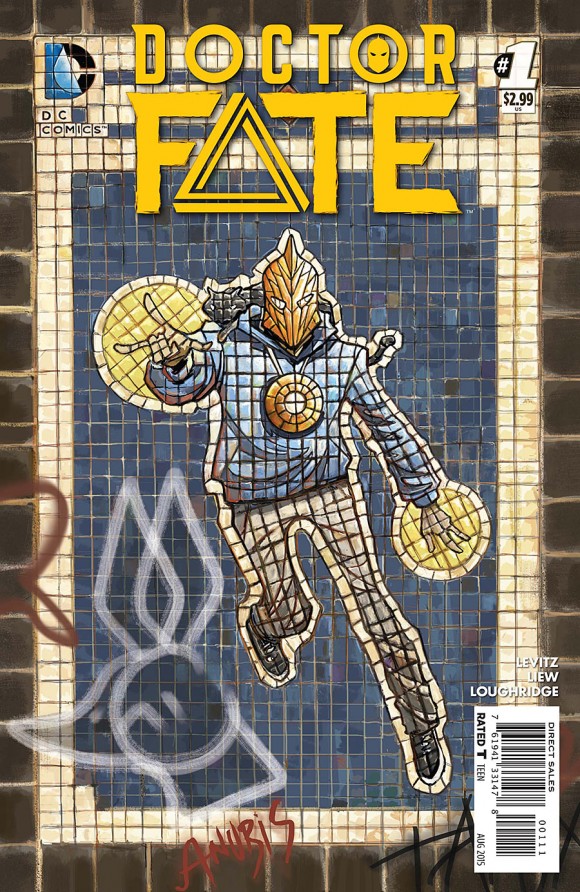 Dan: I love the sense of place the book has. You’re a New York kid. How much first-hand knowledge do you have of that part of the city?

Paul: On the ‘write what you know’ basis I started with many places I know well –hours in the Brooklyn Museum as a kid, adult visits to the Temple of Dendur, a couple of decades in Brooklyn (and recent revisits to Bay Ridge for the specific neighborhood that now has NY’s largest Egyptian immigrant population).  I was born in the hospital that’s been shown in the series, and my daughter was born in the hospital associated with the med school. I’m sure we’ll end up in places I haven’t been (including the Egyptian afterlife in #7), but I’ll do what I can to explore.

Sales on Doctor Fate haven’t been great. How do you confront that when you’re working on the book every month?

Sales aren’t bad — it’s just a tough market to establish new titles in. I’m hoping word of mouth and the many good reviews will help them grow. And I’m doing what I can on social networks and the like, though Sonny’s much more active than I am. 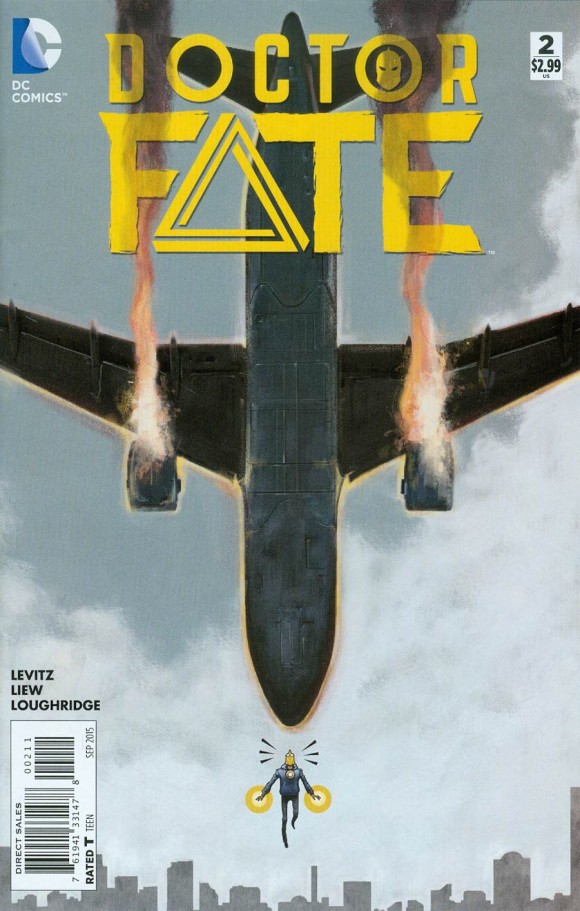 To me it makes a world of sense that Doctor Fate — or, more precisely, Khalid — is a Muslim hero. Not everyone sees it that way, unfortunately, so I do want to address the 800-pound gorilla: How much do you think that has affected the sales of the book?

Is he Muslim? He’s the son of an Egyptian father and an American mother, and until you read issue #4, you won’t know much about how he sees his religious heritage.  The immigrant journey to assimilation usually has some interesting twists for attitudes towards religion, and we’ll see where this all takes Khalid.

On a far more prosaic level, let’s talk about the costume. Of all the characters of the Golden Age, Doctor Fate has one of the most striking looks. Two bold colors and a basic, yet exciting design. Is Khalid going to forever be in the hoodie? Whose idea was that anyway?

I think you’ll see Fate’s look evolve as Khalid grows more comfortable in the role.  The initial look is Sonny’s, and I think it works well. 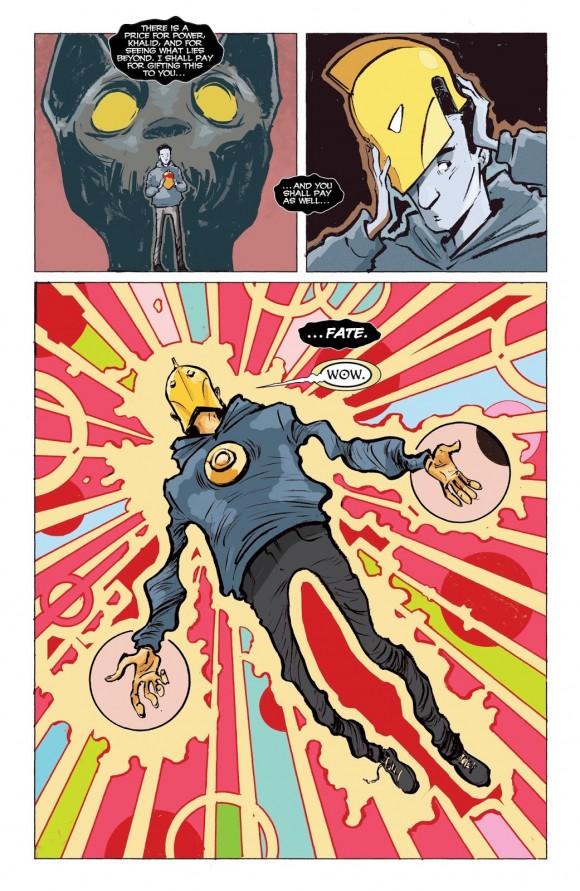 Tell us about how you collaborate with Sonny Liew.

I’ve been writing full scripts, but encouraging Sonny (who’s a wonderful writer as well as brilliant artist) to make adjustments and suggestions along the way. There are many places where his tweaks to the pacing have added richness, and we have continuing dialogue about things that work or don’t in each other’s efforts. Mostly, I smile when I see the result.

What would you like to tell readers who haven’t picked up the book?

Come by and try a very human hero, and enjoy a different mythology that’s not solely centered in the DC mythos (though intrinsically linked to it).  You don’t need to have read any other titles (earlier Dr. Fate or otherwise), and let me know if you love it or hate it. And thanks.