An EXCLUSIVE PREVIEW of Betty and Veronica Jumbo Comics Digest #306 — including a new Pepper tale by Tom DeFalco! 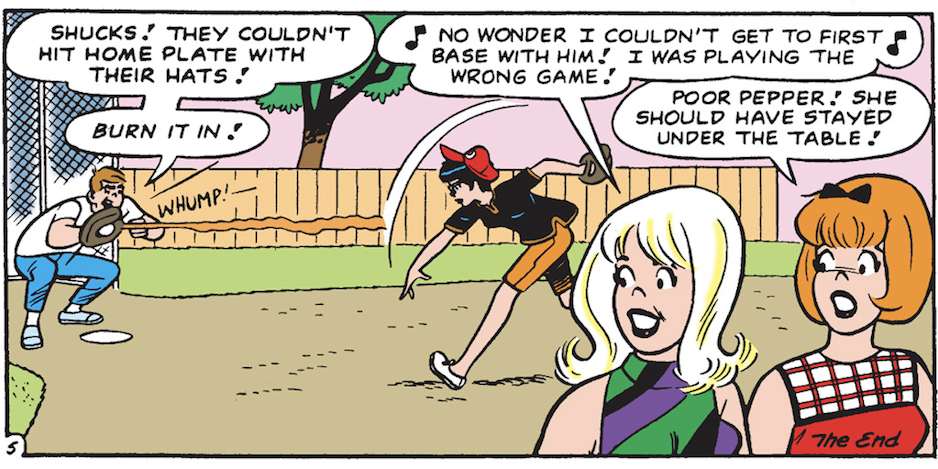 Pepper Smith, Josie Jones’ pal, gets the spotlight in the new Betty and Veronica Jumbo Comics Digest #306 — with two, count ’em, two stories, one vintage (by Frank Doyle and Dan DeCarlo) and one new (written by Tom DeFalco, with art by Bill Galvan, Bob Smith, Glenn Whitmore and Jack Morelli).

But that’s not all! There’s also a new story starring B&V themselves — and hey, we’ve got an EXCLUSIVE SNEAK PREVIEW for ya!

First up are snippets from Betty and Veronica’s “Sunny With a Chance of Rescue,” followed by DeFalco’s “Mall Madness.” Then we have for you the complete “Home Is Where the Heart Is,” from 1966’s Josie #21. And naturally, there are plenty of other vintage stories that fill out the digest, which is due Aug. 10. 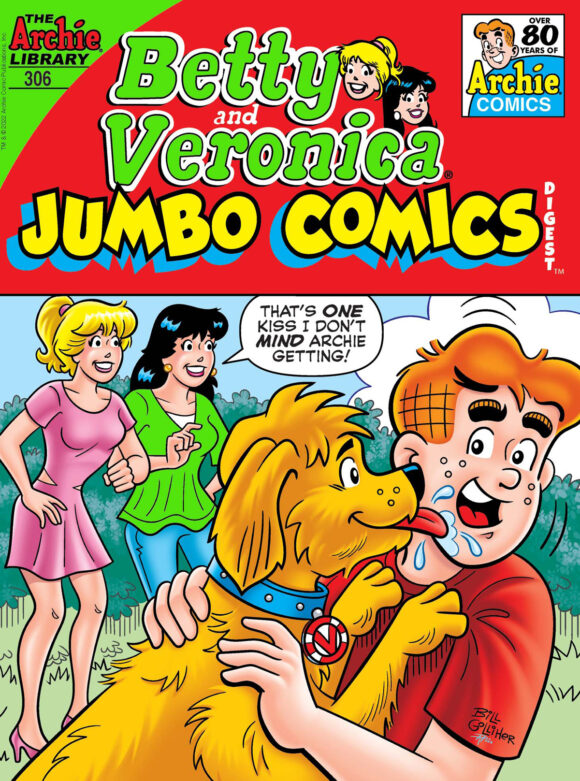 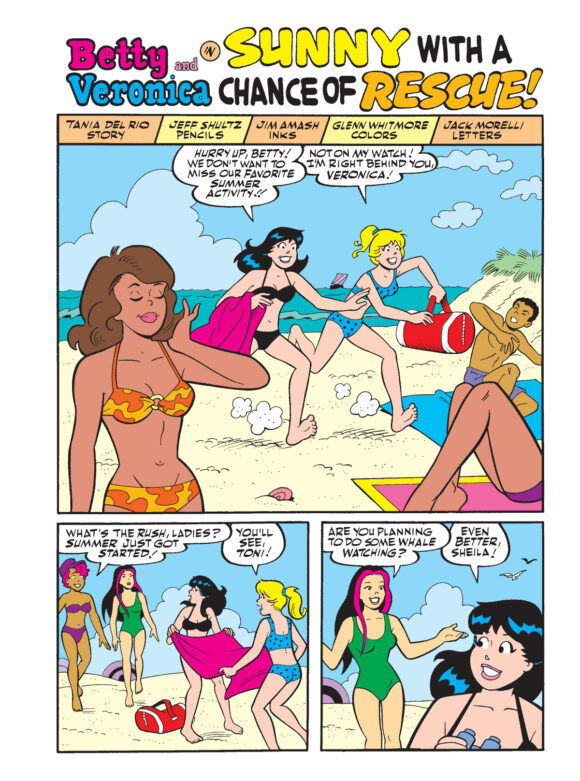 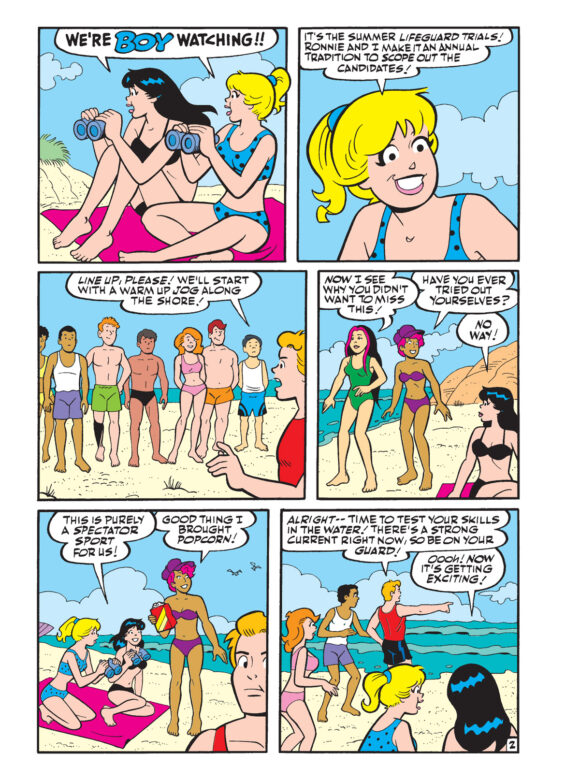 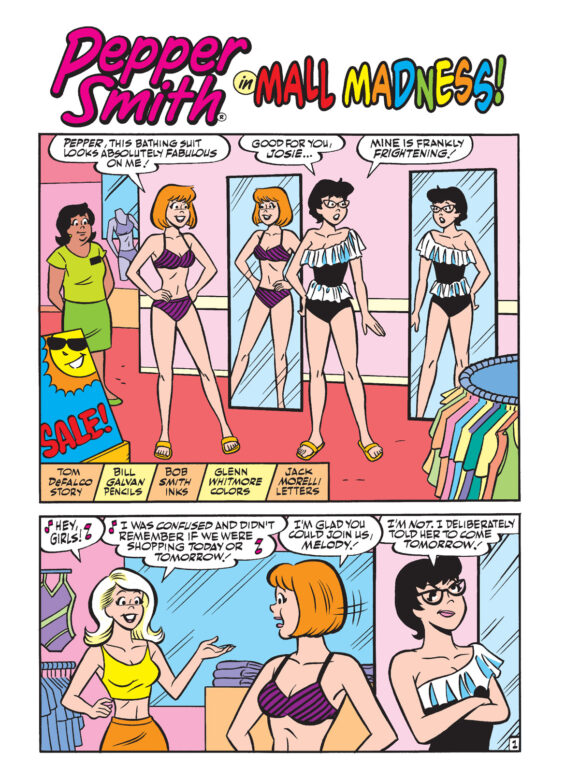 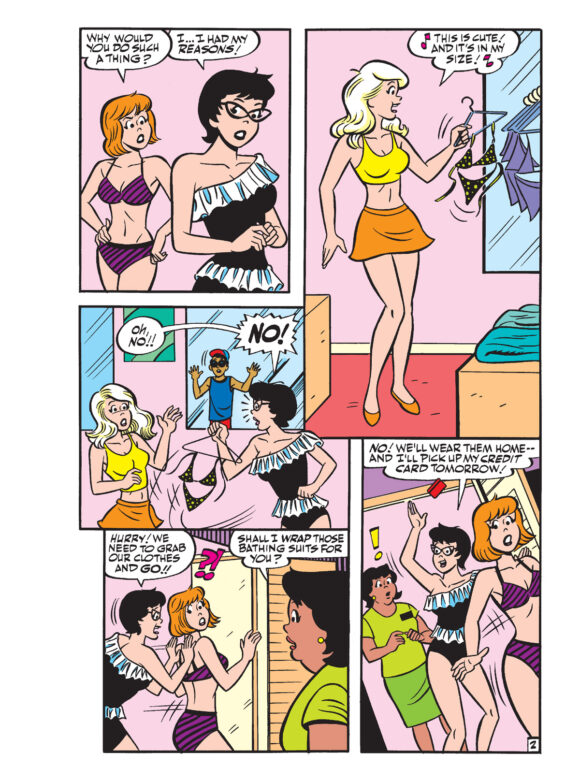 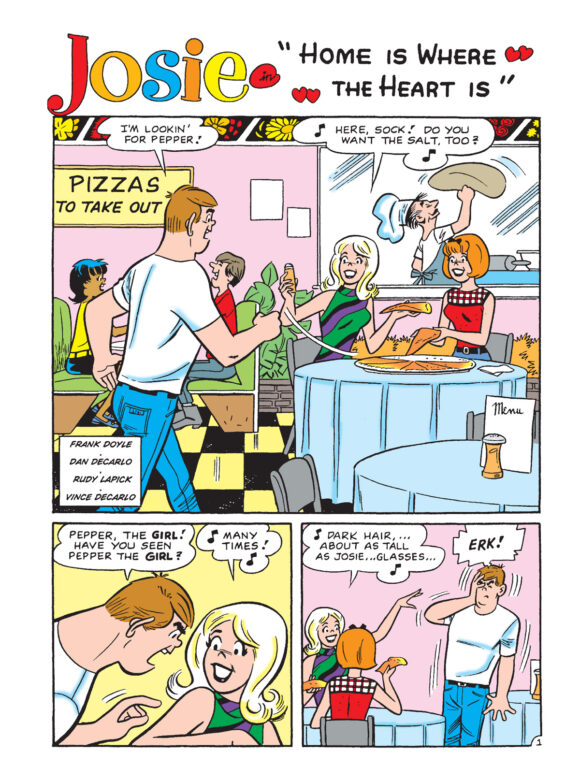 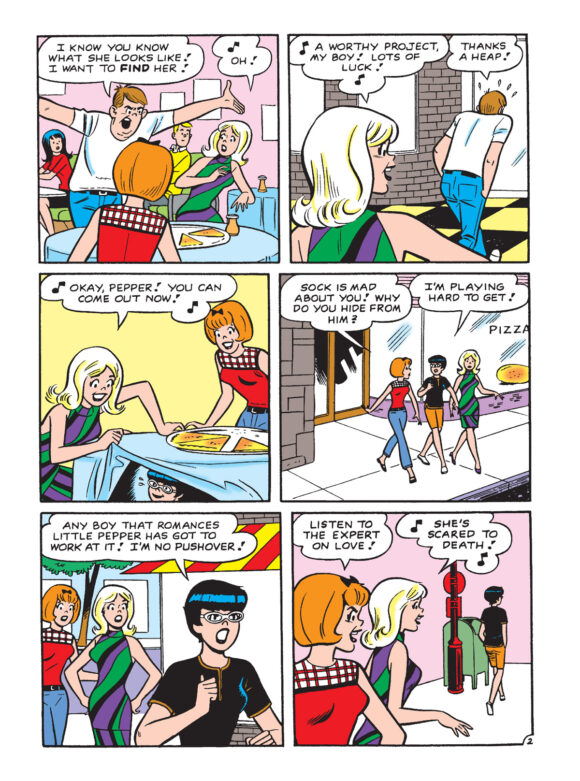 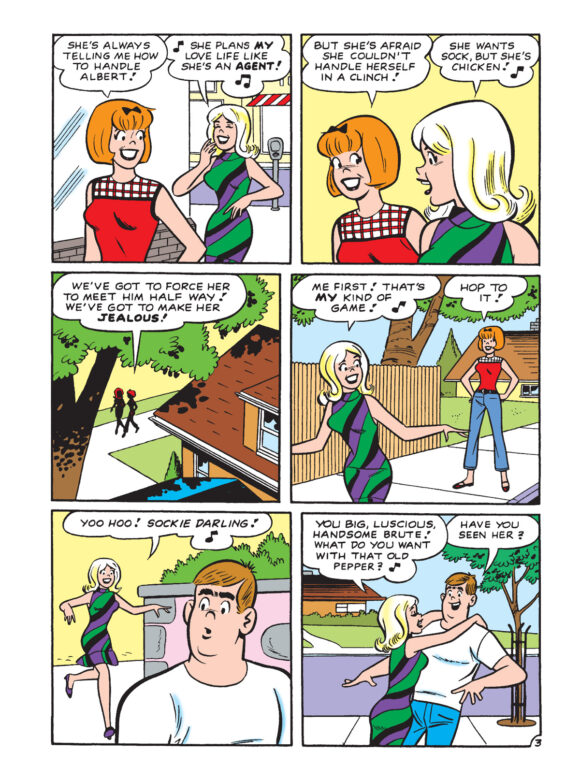 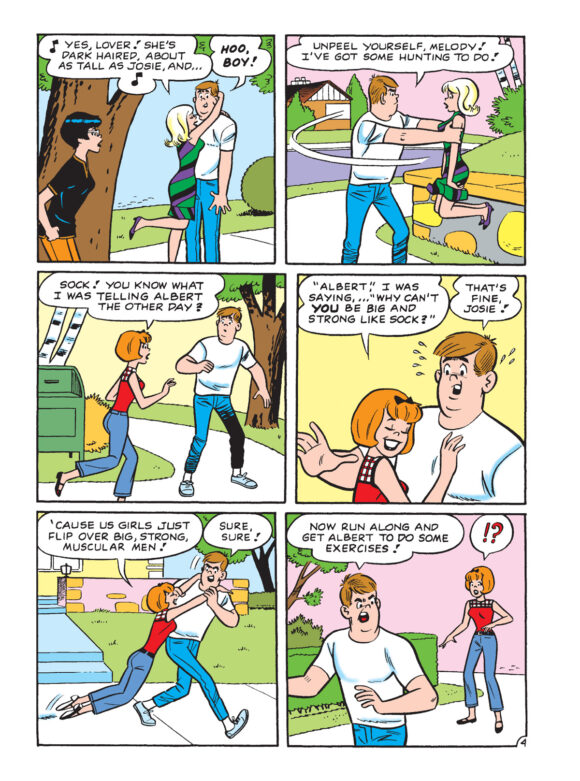 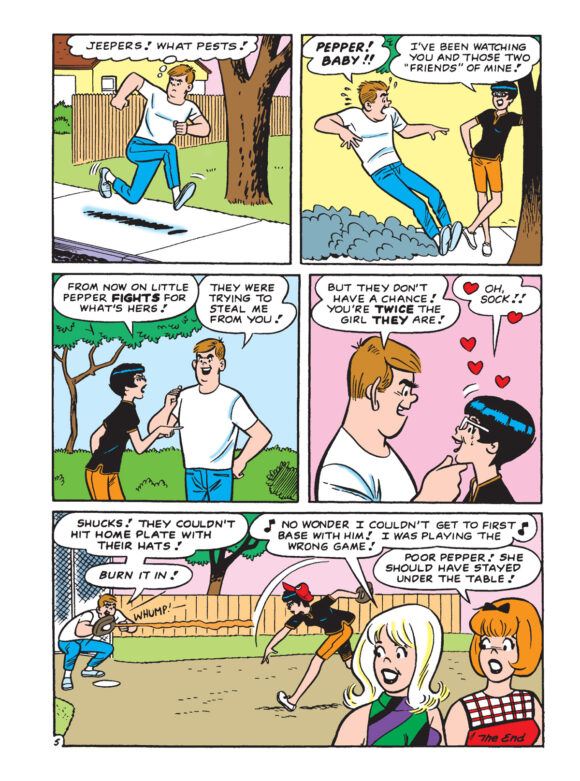