A variant by the greatest Spidey artist of them all…—

You’re going to be seeing a lot of Superman coverage over the next couple of weeks what with Action Comics #1000 due 4/18. (Especially here. More on that soon.)

But next month, Spider-Man will take center stage with the release of Amazing Spider-Man #800, featuring the climactic battle between Spidey and his ultimate bete noire, Norman Osborn, as writer Dan Slott’s 10-year run heads to its conclusion.

Naturally, there’ll be a ton of variant covers for this special issue — and the most noteworthy one I’ve seen so far is this one by John Romita Sr., with colors by Richard Isanove, shown off this week by Marvel Comics: 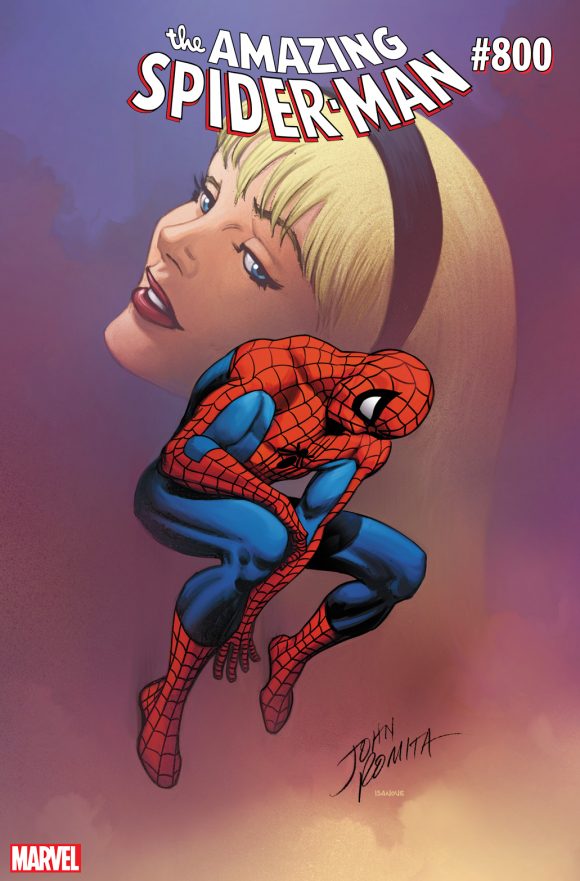 It’s an interesting choice, and quite fitting all things considered.

You might expect a happier image for ASM #800, but ol’ Peter Parker is also defined by his melancholy side, so it’s nice to see something a little unexpected.

Either way, you have about six weeks to prepare yourself for the big issue: Amazing Spider-Man #800 is due 5/30.