A birthday tribute — and a historic announcement captured in amber… 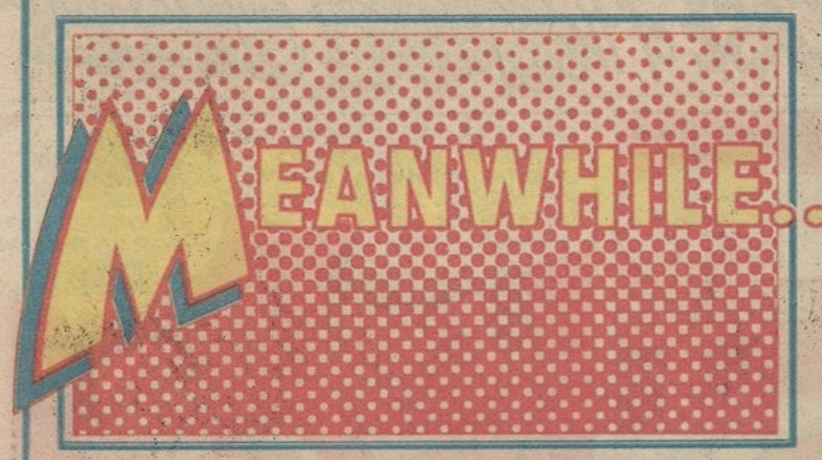 We’re having an informal DICK GIORDANO DAY here at 13th Dimension! Comics’ greatest inker (IMHO) was born 89 years ago and so today we present three separate tributes to the late artist and editor. For one thing, we’ve got Paul Kupperberg’s newest DIRECT COMMENTS feature, spotlighting Giordano’s Charlton years. (Click here.) We also have a look at one of Giordano’s warmest Batman illustrations (click here) — as well as his very first Meanwhile column for DC, in which he makes nothing less than a truly historic announcement. Check that out below. It’ll knock your socks off. — Dan

The other day, I was reading November 1982’s Batman #356 as part of a years-long Batman/Detective re-read and happened upon Dick Giordano’s first Meanwhile… column for DC, a monthly missive the executive produced after he was named managing editor of the line.

I was an avid reader of Meanwhile… in the ’80s, so I was really excited by its first appearance. What I didn’t expect was that it would make a historic, industry-changing announcement and contain other headline-grabbing notes. 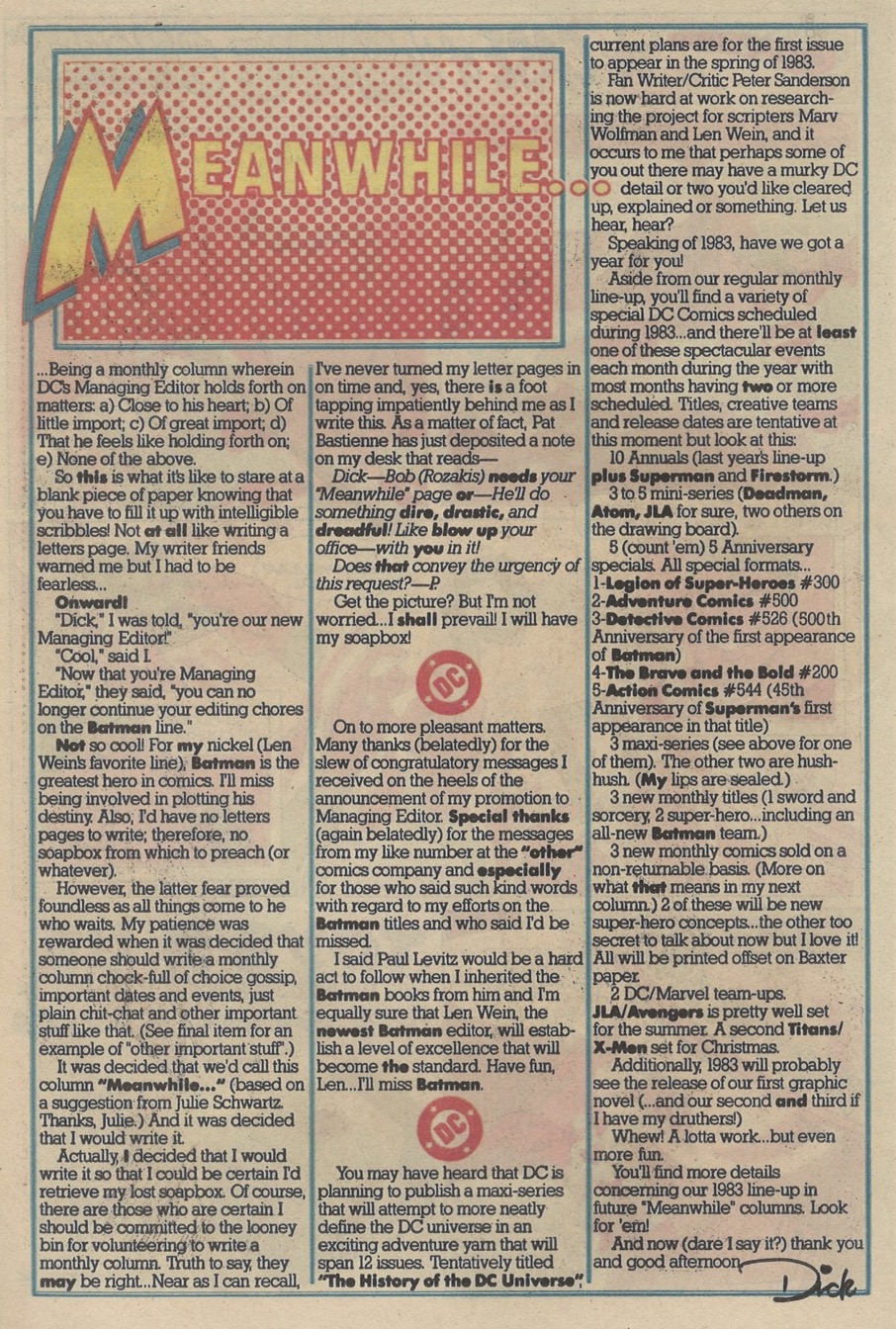 There’s a ton to unpack here, but obviously the big one is the announcement of The History of the DC Universe — which morphed into Crisis on Infinite Earths and came out a couple years later than planned. I particularly like the call for fans’ continuity questions.

Plus there’s also the “pretty well set” JLA/Avengers project, which wouldn’t come to fruition for about 20 years, as well as the second Titans/X-Men book, which never came to pass.

But for those of you who also dig the nitty gritty, you can make a great parlor game out of trying to figure out what other 1983 projects Giordano — who was born 89 years ago on July 20, 1932 — was referring to in that third row of copy.

While you parse through that, all I can say is, “Thank you, Dick, and good afternoon.”

— DICK GIORDANO’s BATMAN Pin-Up: The Poster That Should Have Been. Click here.