Dick Ayers, Creator of Work To Be Intensely Proud Of.

A remembrance by Craig Yoe with Steven Thompson

I was greatly saddened to hear of the passing of my friend, the great Golden Age, Marvel and Eerie Pubs artist, Dick Ayers. I visited him in his home just recently and recorded an interview which I hope to share soon. He and his surviving wife Lindy were the very definition of sweet people. Dick and his great talents will be very much missed.

Over the years, Dick often attended comic book conventions in military dress, wearing his own old uniform from World War II! This signified his place in history as the most notable war comics artist who wasn’t Joe Kubert. 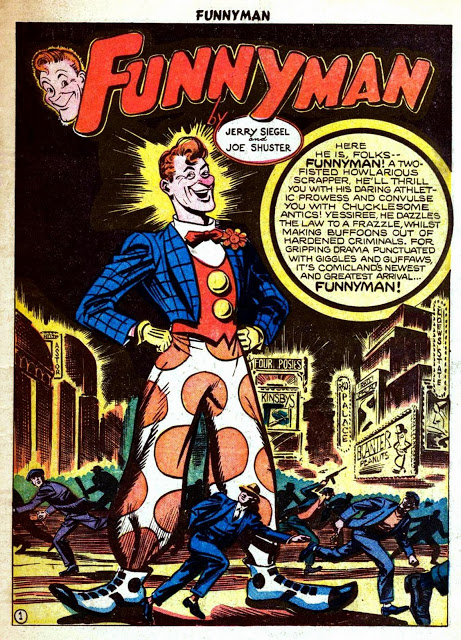 Ayers’ flexibility and ability to do war to westerns to humor to superheroes led to a longevity that many others were never able to pull off. He met Superman co-creator Joe Shuster while studying, like so many of his contemporaries, at Burne Hogarth’s school after the War. Shuster put him to work on Joe and Jerry’s unfunny Funnyman book but, more importantly, got him an “in” with Vin Sullivan’s Magazine Enterprises. 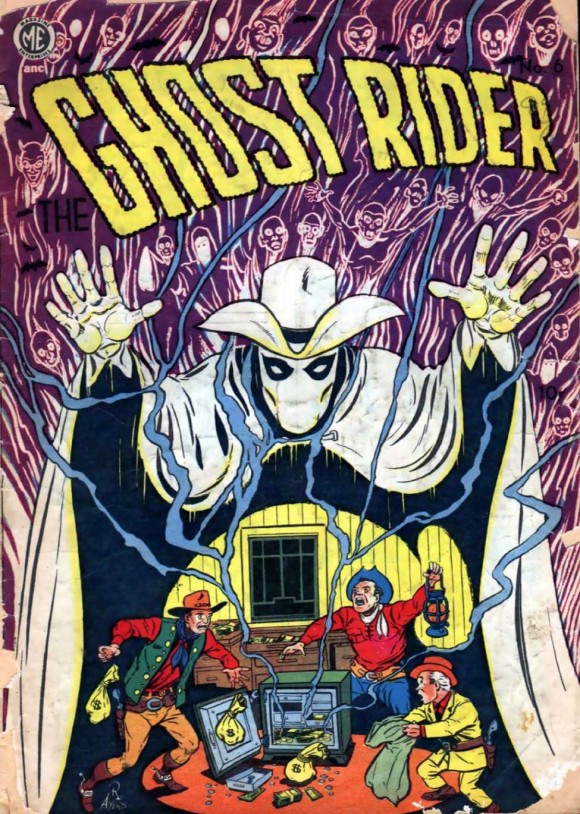 Along with horror comics, westerns were the biggest trend of the 1950s and ME used Dick to combine both genres as co-creator with Sullivan of the original cowboy Ghost Rider! The strip with its cool looking, white-costumed hero ran in several titles for a total of more than 150 stories before the Code forced Ghost Rider to ride off into the western sunset. 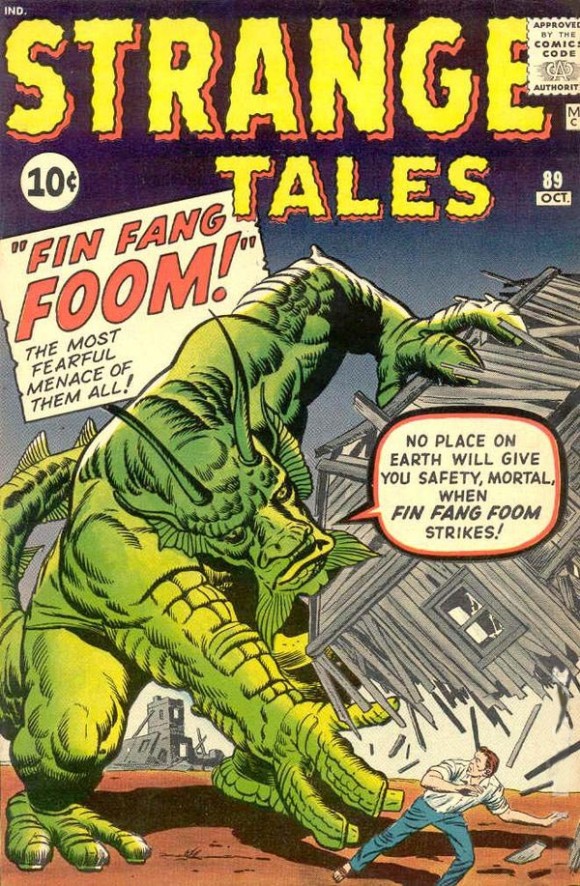 After the Code came in and straight horror died off, Dick became a mainstay of Stan Lee’s pre-Marvel Atlas comics, eventually drawing everything from the brief Human Torch revival to a zillion more cowboy and war stories and the Godzilla-inspired monster tales that followed at the end of the decade. In the latter, Ayers often found himself inking veteran Jack Kirby including the story that defined this Atlas monster genre Fin Fan Foom. Ayers also inked on the Sky Masters newspaper strip (replacing Wally Wood). Kirby and Ayers became almost as prominent in the field by the early 1960s as Simon and Kirby had been in the 1940s! 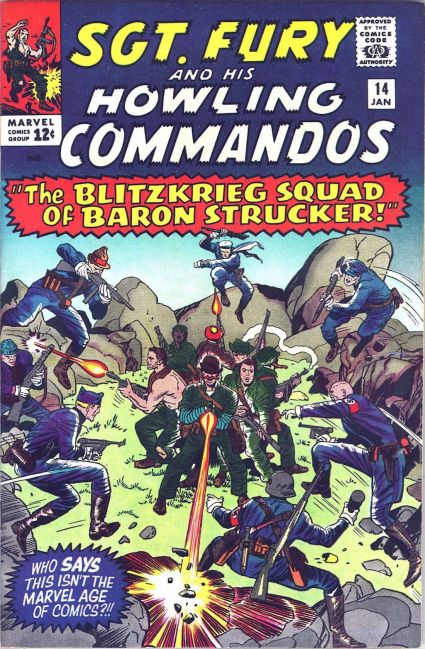 Although he inked a number of early Fantastic Four issues with Jack, it was another Kirby Kreation, Sgt. Fury and His Howling Commandos, with which Dick would become most associated. Kirby had based the series in part on his own observations and experiences in the Big One but his style became so dominant in the early Marvel Universe that he was moved to other titles, leaving Ayers to pick up the ball and run with it. And run he did! 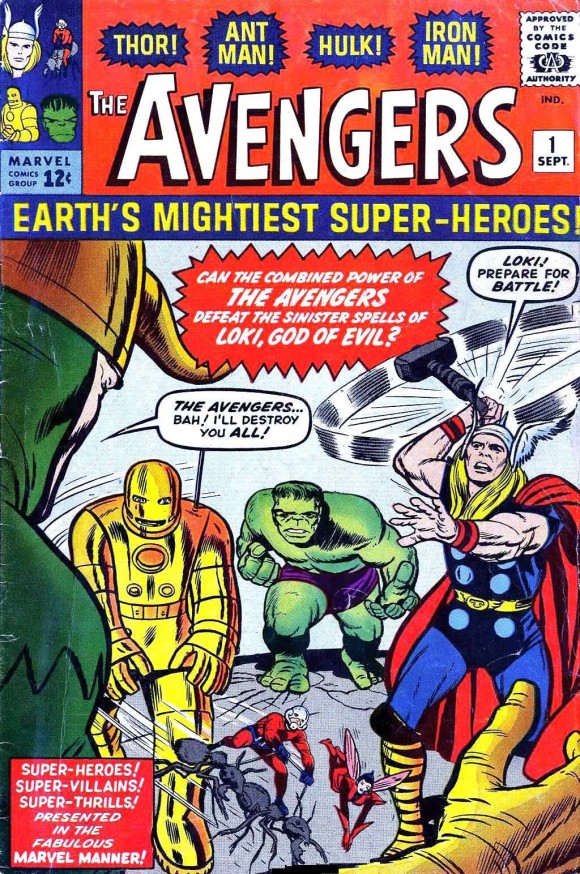 Stan Lee called Sgt. Fury, “The War Book For People Who Hate War Books” and while it lacked the realistic style of DC’s contemporary Sgt. Rock stories, it made up for it in raw emotions and action, ably illustrated for pretty much the remainder of the title’s run (before drifting into reprints) by Ayers, himself an actual guest star in issue # 100 even! It was the Ayers version of Sgt. Fury that beat out DC’s war titles to be named Best War Comic in both 1967 and 1968 via the fan-voted Alley Awards! 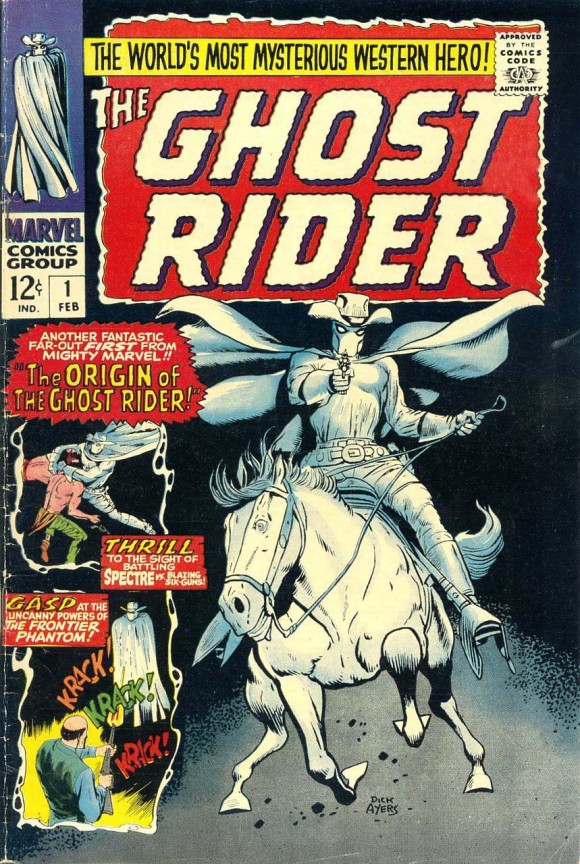 While at Marvel, Dick was even given a chance to revive his still fondly-remembered Ghost Rider strip! At one time or another, he did art for every major publisher, every minor publisher and just about every fly-by-night, here-today-gone-tomorrow publisher as well. 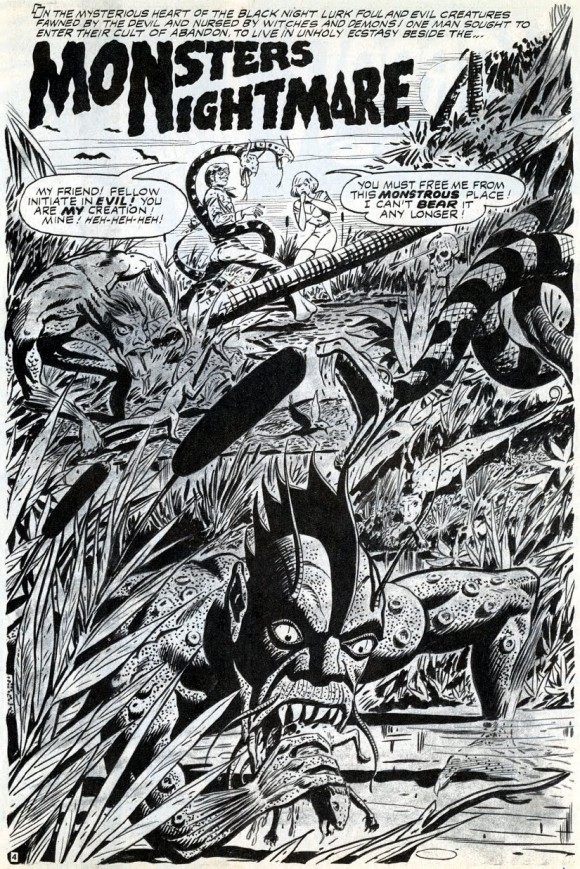 Dick even found the time to become THE most notable and recognizable artist for the cheesy-sleazy, gory Eerie Publications black and white horror comics mags of the 1970s! Horror comics collector and historian Mike Howlett is editing a book of comic stories of Eerie Pubs that will be out at the end of this year and in it he applauds Ayers for his incredible feel for the horror genre. I asked Howlett for this remembrance about how Ayers’s work for this company came about, he replied, “Just how did such a sweetheart of a man come to draw some of the most gruesome comics ever? When Editor Carl Burgos was seeking artists for his line of gore/ horror comics, Ayers initially declined. Finally convinced by Burgos and Publisher Myron Fass to get on board, Ayers gave his usual 100% effort and delivered the goods. In fact, he went above and beyond! Taking the grue way over the top, with lolling tongues and popping eyeballs, he poked fun at the very idea of gore comics with impossibly cartoonish violence, which was just what the Eerie Publications wanted. With a chuckle, he happily admitted to be “the popping eyeball artist” and that he wished he was able to do even more than the 29 stories that he drew for Fass and Burgos, had the opportunity arisen.”

As comic books became more and more accepted in the mainstream, Dick became a wildly popular convention guest often accompanied by his wife Lindy. Dick made new fans and friends everywhere he appeared. He loved the interaction at the cons and anybody that talked to him quickly learned how much he loved comics and how intensely proud he was of his work–and rightfully so. No one ever said a bad word about Dick. He will be greatly missed by so many, not just for his talents but because he somehow remained a genuinely nice man in an industry that often eats that type of person alive. 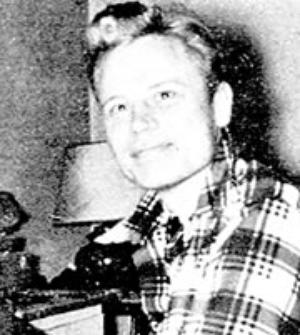 My condolences to Lindy, family, fans and friends. Rest in Peace, my friend.

–Craig Yoe is a cartoonist and comics historian and the curator of Yoe Books with his wife Clizia Gussoni www.Yoebooks.com Helping Yoe on this article was Steven Thompson of the popular BookSteve’s Library blog www.booksteveslibrary.blogspot.com