Sometimes you don’t see it coming and sometimes you have no idea how strong your reaction will be.

I woke up from my Thanksgiving post-feast nap yesterday and reached for the latest issue of Super Sons, with Superman: The Movie coincidentally playing on television in the background. (My son had put it on. Great kid.)

Super Sons, written by Peter J. Tomasi and several different artists, has been gently entertaining, an Odd Couple buddy series starring Robin and Superboy. The new issue, #10, with art by Jose Luis, Scott Hanna and Hi-Fi, is a one-off between adventures: Damian and Jon get their own undersea headquarters that Superboy insists on calling the Fortress of Attitude. (Robin’s having none of it.) 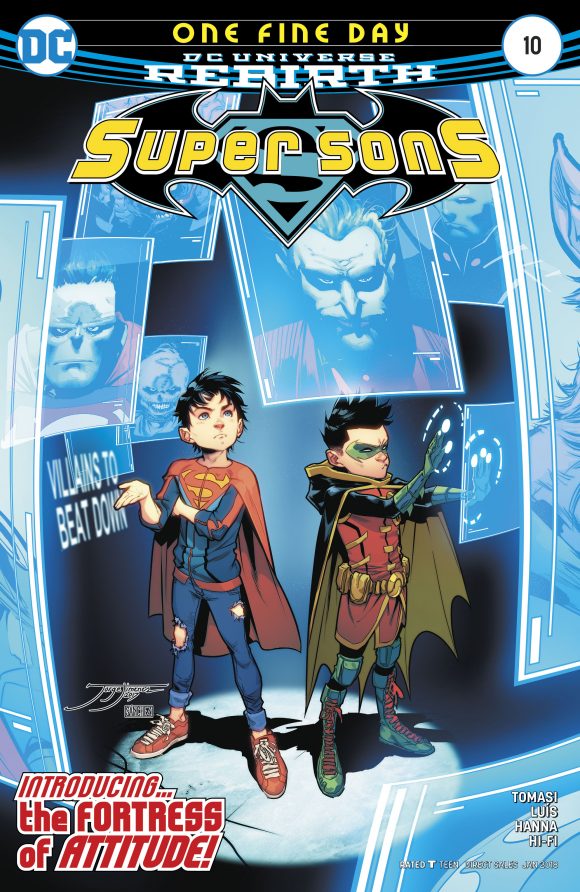 It’s cute as most of the series is cute: Tomasi has really carved out a niche with these kids and does a nice job playing them off their Super Dads, and in, Jon’s case, his Super Mom.

Anyway, I was reading along, smiling to myself — and then was stopped cold: Not only are Robin and Superboy getting their own HQ and a new set of mission parameters laid out by Batman and Superman, but it turns out the Super Parents are enrolling their boys in a private school in Metropolis:

And I swear to God, I got choked up right then and there. (It helped I’m sure, that as I read this, Superman was saying to the swelling strains of John Williams’ score, “No, sir, don’t thank me, Warden, we’re all part of the same team. ‘Night.”) 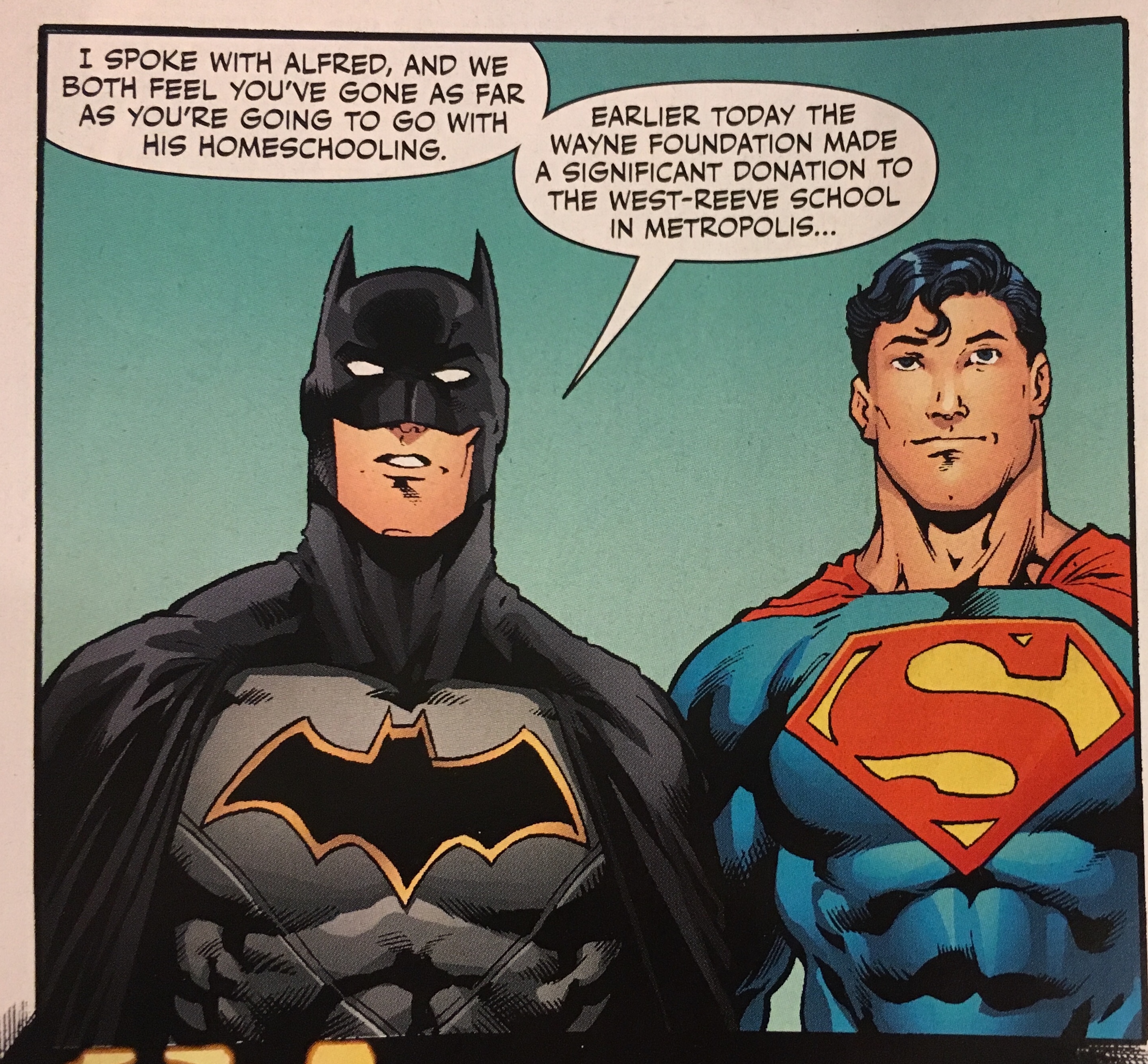 Now, comics have long honored creators and influences with this sort of thing — Finger Alley, Aparo Bridge, the corner of O’Neil and Adams — but this one hit me right between my teary eyes.

It was just such a surprise and it seemed so fitting: Superman and Batman’s sons are going to a school named for two men whose performances defined the Caped Crusader and the Man of Steel for a generation of children (and more), two men who are no longer with us but whose absences are deeply felt by fans like you and me: Adam West and Christopher Reeve.

And what’s even better is that this isn’t just a throwaway line. Reading the issue, this will obviously be a plot point in the future. This is now part of the DC landscape.

And how cool is that?

Because even though we all attended different schools growing up, whether they were in New Jersey or Kansas or Oregon, we all have the same alma mater.

We all went to the West-Reeve School. 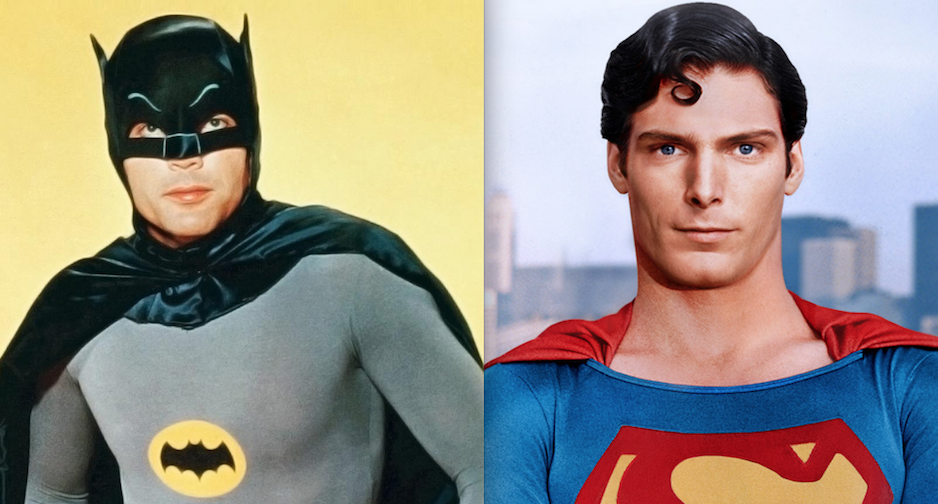