​DC’s mid-’70s title The Joker was simultaneously of its time — and ahead of it.

See, a comic book starring a psychopathic killer was kind of an odd choice in an era when the Comics Code Authority still held sway over American publishers.

So, even though the Code had loosened its grip some by the Bronze Age, The Joker was still encumbered by the notion that the bad guy had to get caught in the end — not exactly a concept that lent itself well to an ongoing series. 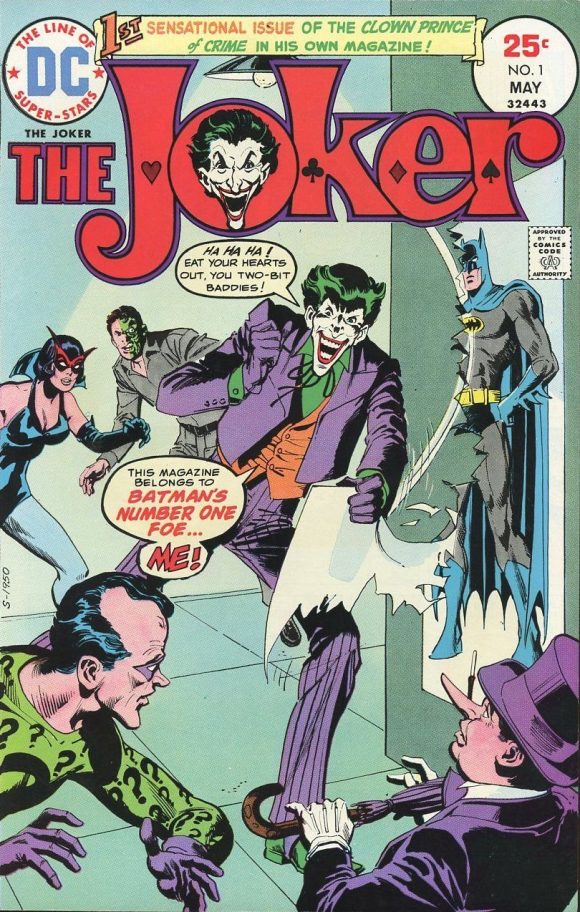 The result? A bizarre, yet entertainingly kitschy collection of stories in which the Clown Prince of Crime matched wits with the likes of the Royal Flush Gang, Lex Luthor and, uhh, Willie the Weeper.

But a 10th issue was under way when the title was canned — and DC will finally publish it in 2019, as part of The Joker: The Bronze Age Omnibus hardcover collection.

The move was tucked away in DC’s February 2019 solicitations, which were released Monday. 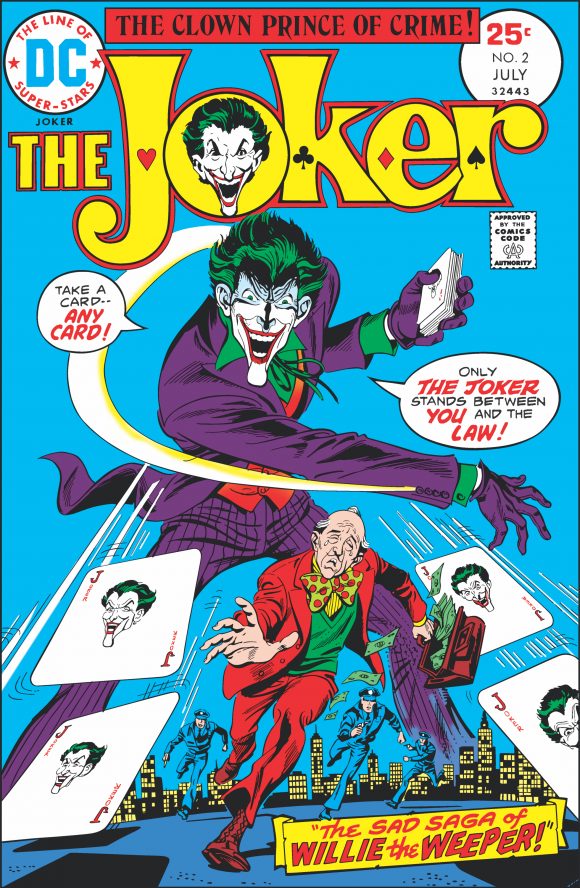 Not the final cover, obviously. Pencils by Ernie Chan and inks by Jose Luis Garcia-Lopez.

Smart move, DC. I, for one, probably would have saved my cash on the omnibus since I have most of these issues already. But with The Joker #10 in the mix, I’m willing to pony up, given the discounts you can land at any number of retailers.

The issue, by the way, was the first part of a planned multi-parter in which the Joker takes on the Justice League of America. It was written by Martin Pasko (with an assist from Paul Kupperberg), with pencils by Irv Novick and inks by Vince Colletta.

Pasko himself discovered copies of the pages and auctioned them off on eBay some years ago. (Click here.) But this is the first time the story will be published anywhere. 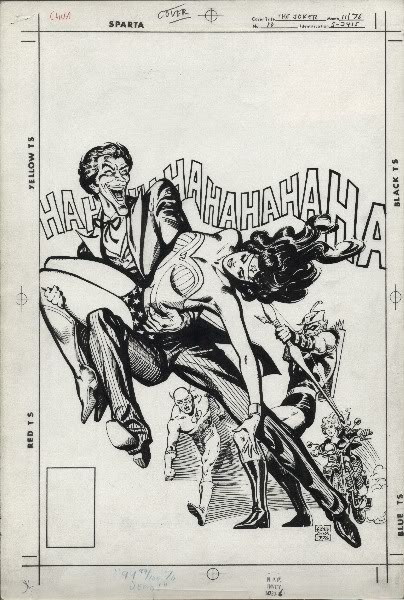 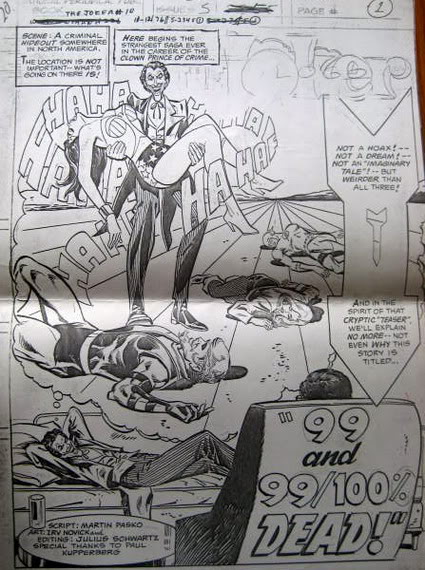