In a different format…

You might remember that back in October, DC solicited the Superman: The Man of Steel Omnibus by John Byrne Vol. 1. Then, as sometimes happens, it was subsequently cancelled.

But now it’s back in a different form this July, according to the new solicitations DC released Friday: 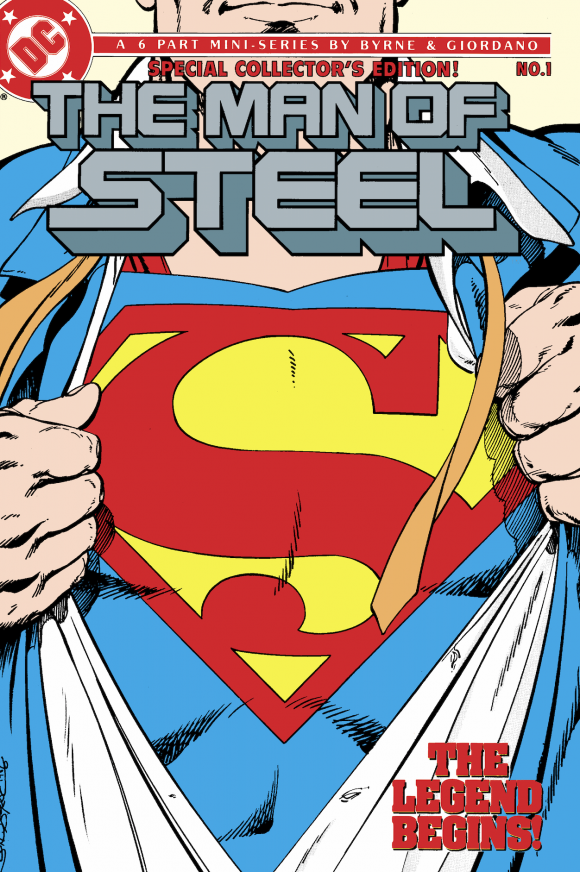 SUPERMAN: THE MAN OF STEEL VOL. 1 HC
Written by JOHN BYRNE and MARV WOLFMAN
Art by JOHN BYRNE, DICK GIORDANO, JERRY ORDWAY, and others
Cover by JOHN BYRNE
Following Crisis on Infinite Earths, comic book superstar John Byrne reimagined Superman for a new era in bold tales presented in this new collection! Starting with the six-issue Man of Steel miniseries, Byrne fundamentally changed Superman’s origins and propelled him into the present, including iconic encounters with Lex Luthor, Metallo, and Darkseid! This title collects The Man of Steel #1-6, Superman #1-4, Adventures of Superman #424-428, and Action Comics #584-587.
ON SALE 07.22.20
$49.99 US | 480 PAGES
FC | ISBN: 978-1-77950-491-3

So basically, instead of collecting the series in omnibus form, DC has opted to go with somewhat slimmer hardcover editions here. You can click here to check out the original solicitation and compare the contents and page count.

Either way, it’s nice to see we’ll get this seminal work in sturdy hardcover, starting later in 2020.