Something to look forward to in 2020…

Matt Wagner’s so defined by his indie work on Mage and Grendel that it’s sometimes easy to forget that he’s one of the more notable Batman creators of the last few decades.

The material he’s done has been memorable — especially his connected miniseries Batman and the Monster Men and Batman and the Mad Monk, which came out in 2006-07. Together, those two stories are essentially remakes of the Darknight Detective’s first year in Detective Comics before Robin came along — and provide the best Modern Age chronicle of Batman’s early years behind Batman: Year One. (In my head canon, I see them as essentially Batman: Year Two.)

Anyway, those stories and the rest of Wagner’s Bat-output are set for a hardcover collection in June 2020, according to a listing on Amazon.

Dig the site’s description, along with placeholder art: 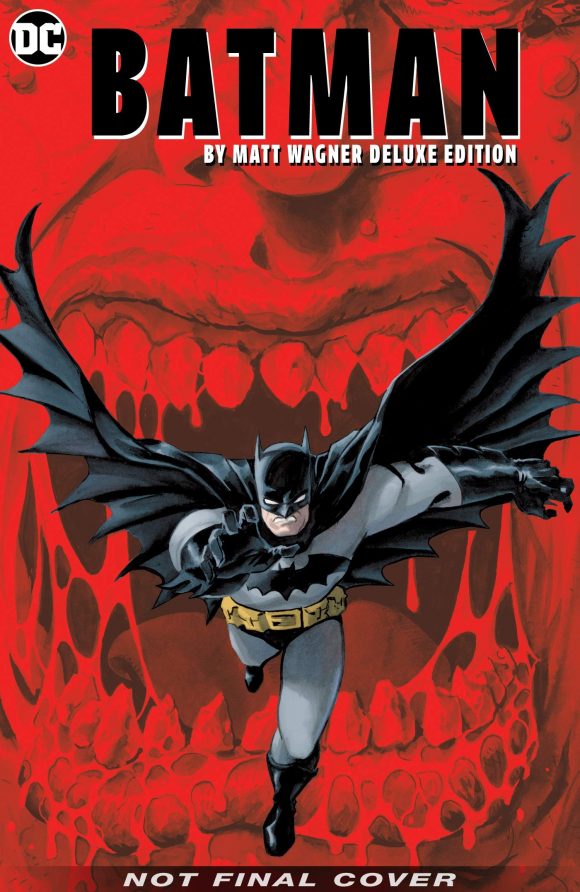 Matt Wagner’s prolific run on Batman is collected in one place for the first time ever. From a mad scientist who has created a race of giant monster men to do his bidding, to Batman encountering sinister machinations and new dimensions of wickedness as he confronts the hooded menace of the Mad Monk, there’s plenty of horror and action!

— The book is called by two names in the listing: Batman by Matt Wagner Deluxe Edition and Legends of the Dark Knight: Matt Wagner. So there seems to be some sorting out DC is doing before making the solicitation official. (Books frequently pop up on Amazon early and then change before DC releases the solicitation. Even then, more changes can occur once a book is solicited — and often do. So just keep your eyes open for developments.)

— I’m particularly taken with that notation “a new hardcover format.” I don’t know what that means and, again, since this isn’t an official DC solicitation, we’ll have to wait for some clarification.