The writer of The Only Living Boy joins the coterie of creators picking their fave Spidey tales for SPIDER-MAN WEEK.

For more picks, from the likes of Mark Waid and Mike Allred, click here.

When I was in kindergarten, while all of the other kids wanted to be firefighters, doctors, and police officers — I wanted to grow up and become a black widow spider. Spiders were my most favorite animal in the animal kingdom, so Spider-Man, naturally, was a character I gravitated to.

My first exposure to him was on PBS’s “Electric Company,” where he reacted to every surprise with a thought balloon. Spider-Man, with all of his webshooting glory, was my hero. “Spider-Man, Spider-Man … Nobody knows who you are,” the theme song would echo. 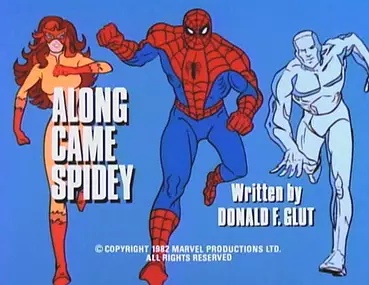 Apparently though … that’s not true. Even casual comic fans know that Spider-Man is really Peter Parker, photographer for the Daily Bugle. Before I started collecting comics, I experienced Spider-Man on my television both in live-action and animated form. Over the years, I’ve grown to appreciate Spider-Man, but my favorite version of the character is his “Spider-Man and His Amazing Friends” incarnation. While I have a fondness for all the episodes, the best Spider-Man centric episode — “Along Came Spidey” — was a perfect introduction to the character for 7-year-old me. The Shocker escapes from prison, causes all sorts of destruction, and poor Aunt May is injured in the process. Peter pouts, recounting his origins to his friends, and slowly manages to reaffirm why being Spider-Man is sorta awesome. Together, he and his Spider-Friends (Iceman and Firestar) give Shocker a beatdown and the day is saved. It’s everything you want from a Spider-Man story condensed into 22 minutes of ’80s perfection. 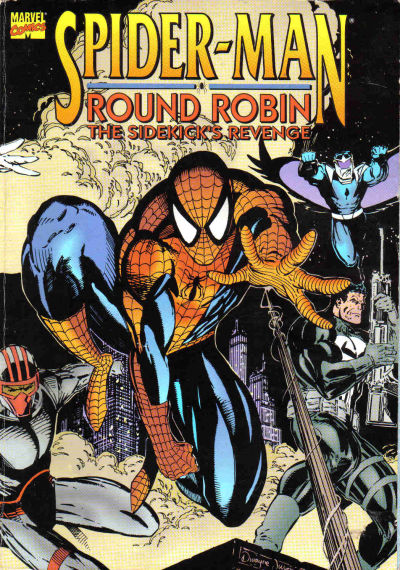 If we’re sticking to the comics, my favorite just in terms of all-out 1,000% nerddom is Round Robin: The Sidekick’s Revenge. Spider-Man! Nova! Moon Knight! Punisher! Darkhawk! Night Thrasher! All of them team up to fight Midnight, Thunderball, and the Secret Empire. It’s totally out of control, but it’s killer earlier Mark Bagley art with a fun story by Al Milgrom. Yeah, there are a lot of great Spidey stories from Amazing Spider-Man #33 to Kraven’s Last Hunt to Superior Spider-Man #1, but this is MY favorite Spider-Man comic. Hands down.