Let me tell you a story about a good friend of mine.

Cliff Galbraith was the co-founder of 13th Dimension and the guy who runs East Coast Comicon (and the upcoming Monsters and Robots show in August). Even though Cliff’s no longer officially involved with this site, we remain close.

I bring this up because to me he’s a great example of the difference between being a fan (me) and being an artist (him). I love comics and express myself through words and jokes and lists and commentary. Cliff draws. He was an artist long before I met him, long before this site, long before he started producing comics shows. He will always be an artist.

When Darwyn Cooke died earlier this month, it hit the world of comics hard.

I wrote about it. Cliff? He started drawing. That’s what he needed to do. That’s what Darwyn Cooke inspired him to do. 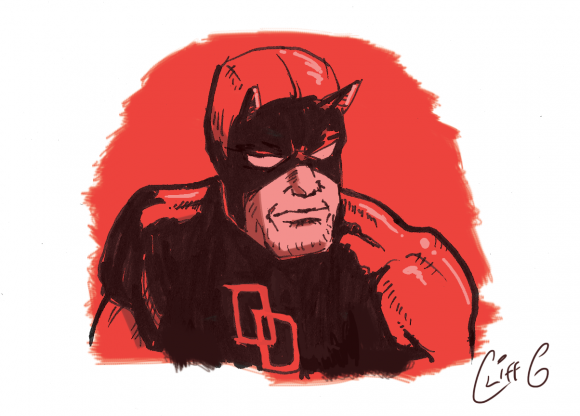 “I only met Darwyn Cooke once, yet I feel a terrible sense of loss at his passing,” Cliff wrote me. “Perhaps because he was such a great light in a medium that had become obsessed with darkness. His work brought a sense of joy back to comics, after so many years of gritty, brooding heroes. 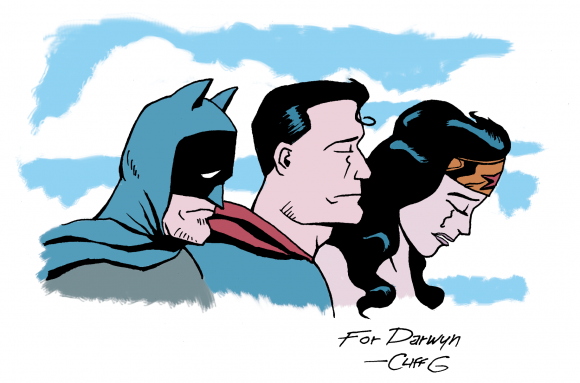 “Somewhere in the Multiverse is a world, where Darwyn Cooke became president of DC Comics, and saved comics from the cynical, the uninspired, and those who don’t understand that most comics were once marketed to children. Somewhere Superman still wears red shorts and Batman occasionally smiles. Perhaps Darwyn Cooke is arriving at that world right now, having left this world, but leaving behind an incredible body of work, as an inspiration to all who dare to dream and draw.” 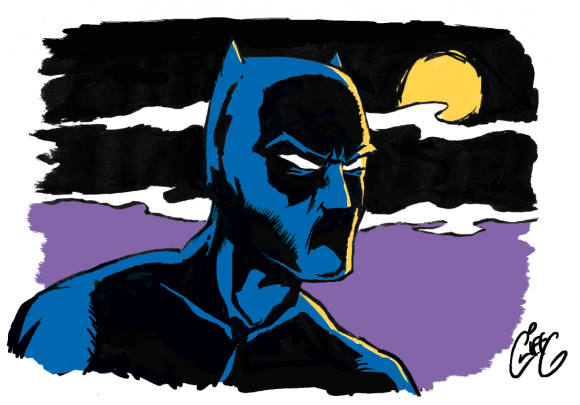 Cliff’s been doing headshots like this a lot over the last week and a half. He picked Daredevil because he loved Mark Waid and Chris Samnee’s run. He picked Black Panther because Don McGregor is a great pal.

He didn’t want to make this post about him but I just wanted to shine a light on one small corner of the comics universe.

I can’t draw. But I’m pleased to see that Darwyn Cooke is still inspiring those who can.