It’s pretty much the dream of any creative person to be picked out of a big crowd, beckoned forward, and told, “OK, kid, let’s see what you’ve got.”

That’s more or less what’s happened with Jamal Campbell, who at 23 was plucked from obscurity to become one of Boom! Studios’ rising-star cover artists, being handed the reins to the publisher’s upcoming Bill & Ted Go to Hell and Mighty Morphin’ Power Rangers.

Whether or not these titles are your cuppa, they’re significant properties so it’s telling that Campbell is already handling books with this kind of sheen. 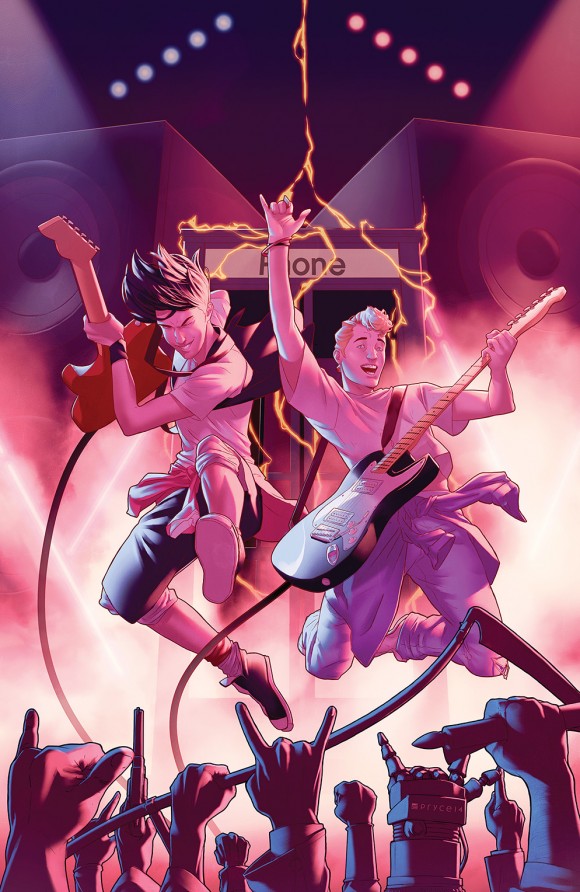 Evidently, Jamal added those excellent hands that are rockin’ out at the bottom of the cover, all on his own. They’re various characters from the movies and Boom! was so tickled that the company’s holding a contest challenging fans to identify them all.

Cover art is a particular interest of mine, what with our 13 COVERS and weekly Best VARIANTS! features. So I was eager to get inside Jamal’s head… (PLUS! Check out your EXCLUSIVE FIRST LOOK at the cover of Bill & Ted Go to Hell #3, due in April, below.)

Jamal Campbell: Well, as a kid, I was always into superhero cartoons, video games, anime, etc., which were early influences in my decision to pursue art as a career. I couldn’t really see myself doing anything else.

So, I went to college for illustration, where I struggled to decide exactly what I wanted to do. I considered animation, freelance editorial, technical illustration, gaming, etc., but never really felt comfortable settling with any of those.

It wasn’t until I reconnected with a friend from high school, and joined his local Toronto collective, From a Hat, that I seriously considered and started pursuing comics. From there, it was just a matter of putting together a good portfolio and getting my work in front of some editors. 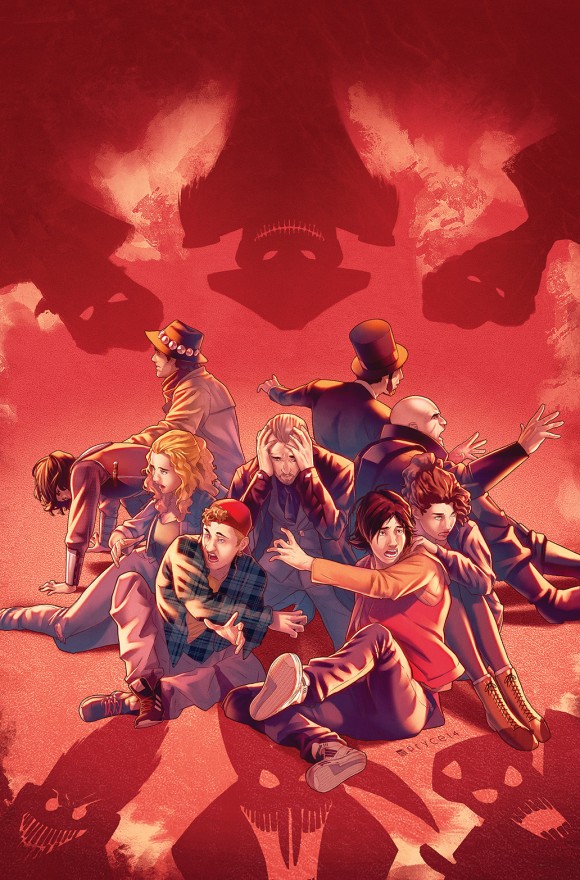 Dan: How did you end up with this gig?

Jamal: I ended up working with Boom!, when one of their editors, Alex Galer sent me an email earlier in the year. He mentioned that he had seen my work around, and asked if I’d be interested in working with him. Of course, I said yes, and a few months later, he came to me with Bill and Ted Go to Hell #1, and we just went from there.

Dan: What’s your philosophy about what goes into a good cover?

Jamal: For me, good design decisions are what ultimately make a great cover. More than just being well drawn, an image that is well designed can be so much more successful. That could mean using an eye-catching color palette, having a composition that’s dynamic and flows, to playing with visual concepts and ideas. My favorite covers are the ones that execute on those ideas well, and it’s something that I’m always trying to work and get better at, myself. 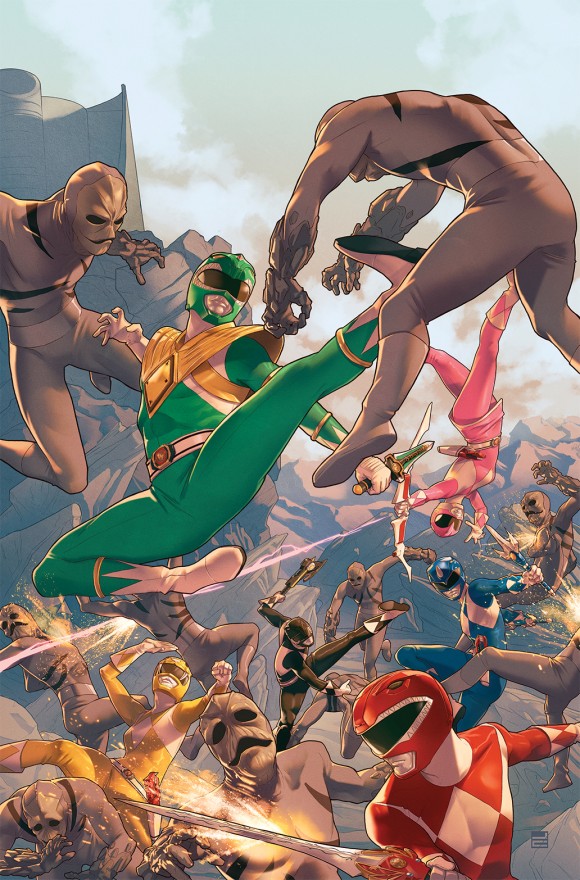 Dan: What kind of added pressure or obstacles are there to doing a good #1?

Jamal: The largest amount of pressure when doing a #1 comes from the fact that it will often be people’s first impression of the book, and my job, then, is to make sure that’s a good first impression. In that way, while also showing off my interpretation of Bill and Ted, or the Power Rangers, I need to keep it true enough for fans of the original series. In addition, I have to keep in mind new readers who may not be totally familiar with the property, but might want to consider checking it out. That balance was something that I tried to keep in mind while working on the #1s for both titles. 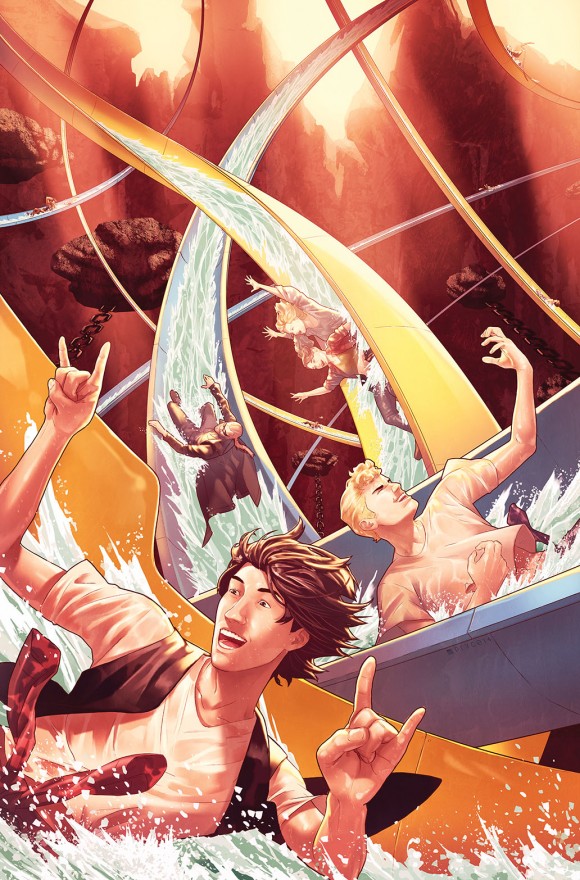 Dan: What are some of the best covers you’ve seen this year?

Jamal: Picking out the best covers that I’ve seen this year is a hard one, because there’ve been so many.  Yasmine Putri is one of my favorite artists that I’ve discovered this year, and she’s been doing some amazing work over at Marvel. There’s a real light and fresh quality to her work that I can’t get enough of, so any of her stuff.

Kevin Wada is a beast. I particularly like his Death-Defying Doctor Mirage covers. Mike Del Mundo is another beast, so pretty much everything that he’s done.

One surprise cover that hit me out of nowhere is Andre de Freitas’ cover for Rowan’s Ruin #1. It’s an extremely striking image that’s both well rendered and well designed. Definitely a standout for me, that I just stared at for a real long time the first time that I saw it. 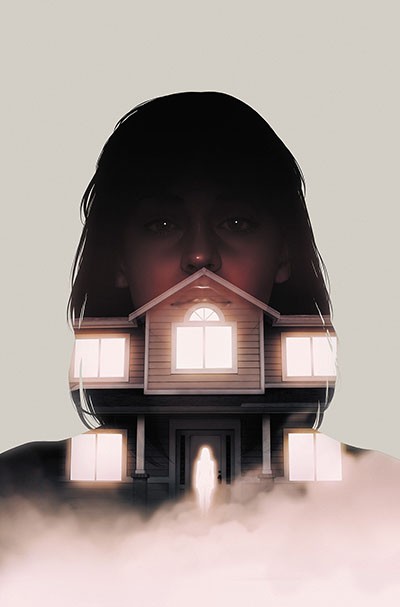 Dan: What else do you have cooking right now?

Jamal: As for what I’m working on right now, I’ve just finished up the covers for Bill and Ted, and I’ve got a few more Power Rangers covers in the pipeline, as well as some stuff at Marvel. Other than those, I’m hard at work on a webcomic called The Immortal Nadia Greene (below). That’s been my practice arena for trying out actual sequential work, and it’s been going pretty alright so far. 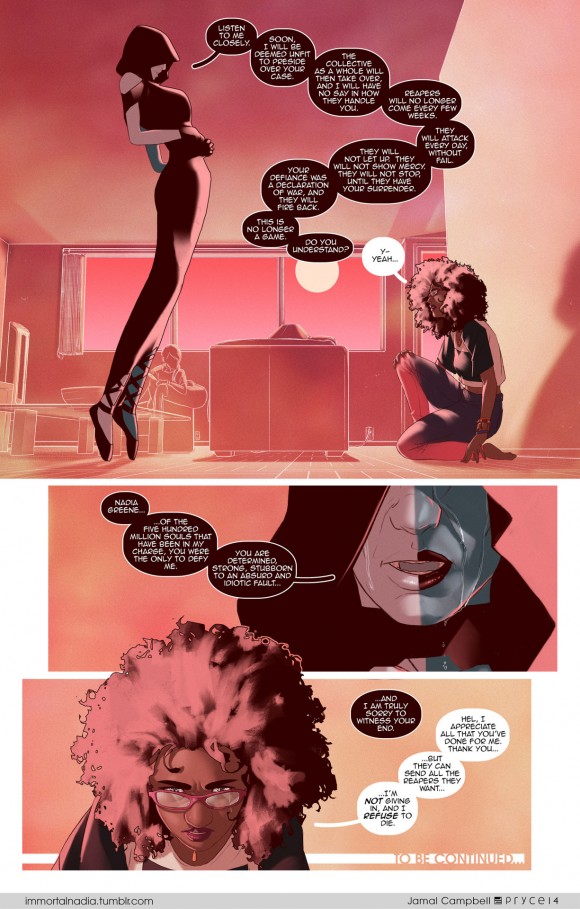